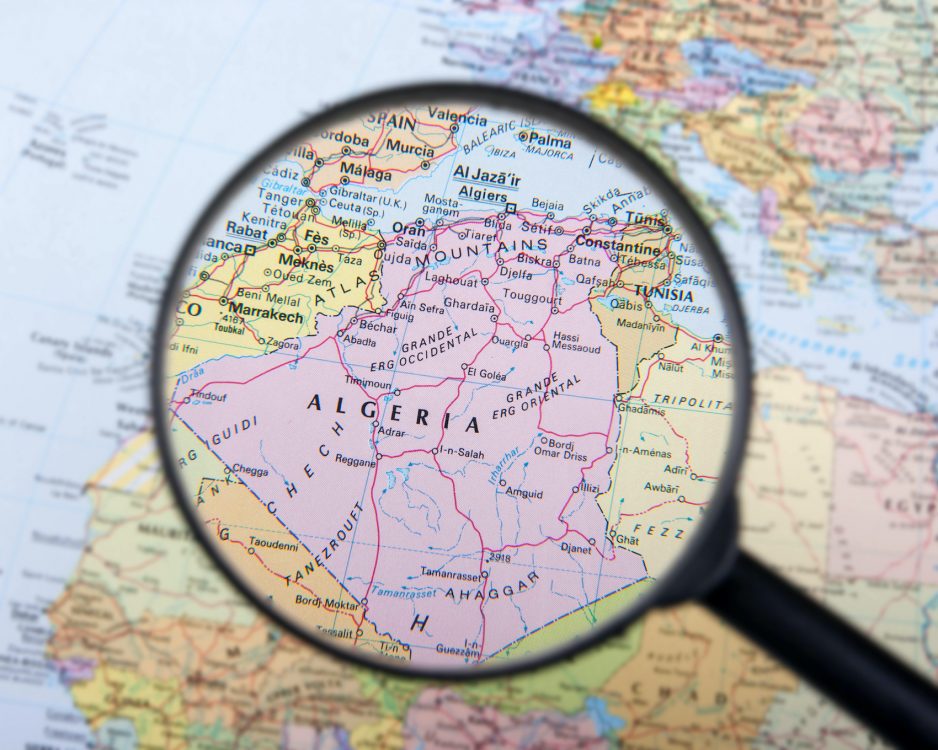 Algeria under the Tebboune presidency is likely to continue with business as usual—that means increasing political polarization, protests, state-sponsored violence, and economic deterioration. The old authoritarian political system dominated by the establishment (military-civilian class) will continue to remain unchanged.

Located in North Africa, Algeria, officially the People’s Democratic Republic of Algeria, is the world’s tenth largest country by area. While it is bound by the Mediterranean Sea to the north, some 80 percent of its land area lies in the Sahara Desert. The initial traces of European colonization of the territories that today fall within modern-day Algeria dates back to the arrival of the French in the late 1800s. As early as 1875, the French conquest was “complete” (Kiernan, 2007). Throughout the latter part of the 19th century and first half of the 20th century, Paris enjoyed direct control over the whole Mediterranean region, with Algeria as an integral part and which become a key connection point in the trade of agricultural goods among other French territories in West Africa.

Following the War of Independence between France and the Algerian National Liberation Front (FLN), Algeria achieved full independence in 1962. In the 1963 presidential election, the FLN’s Ahmed Ben Bella was declared the winner with 99.6 percent of the vote, becoming the first president of the independent Algeria. The military backed FLN elites soon achieved absolute control over Algerian politics, and all other political organizations and parties were banned. By late 1963, Algeria became a one-party state. The ensuing military coup in 1965, however, ended the country’s first civilian government, with Colonel Houari Boumedienne assuming the presidency and remaining in power until his death in 1978. Throughout the 13-year-long military rule, the military regime exhibited populist leanings suffused with a centralized, socialist, and anti-colonial nationalist agenda. However, it is safe to argue that Boumédiène’s leadership was by no means structured on pure populism. His main source of legitimacy was military support rather than an emotionally charged populist agenda that appealed to a broader base of poor and working-class Algerians. Nevertheless, his government followed a socialist-dominated programme that included collectivization of agriculture, nationalization of oil extraction facilities, and a state-driven massive industrialisation mobilization.

Following Boumedienne’s death in 1978, the FLN’s resumed control of the country’s politics until the first multi-party local elections were held in 1990. The newly founded The Islamic Salvation Front (FIS) won control of over half the local councils with over 54 percent of total votes in a major display of defiance to the FLN’s dominance (Tachau, 1994: 23).Equipped with straightforward ideologies such as Islamic fundamentalism, pan-Islamism, and anti-communism, FIS enjoyed unprecedented support from the disadvantaged segments of society, the unemployed youth in particular. FIS’s populist challenge at the local level was followed by a second blow to the establishment FLN in the 1991 parliamentary elections, in which the FIS won more than the two-thirds majority of seats with over 47 percent of total votes. The Algerian military, however, cancelled the election over concerns that the FIS leaders had enough seats to change the constitution to establish an Islamic state. Following the military’s effective takeover of the government, in December of 1991, Algeria was embroiled in a Civil War that would eventually kill some 150,000 people over the next 10 years (Ajami, 2010).

The elections held over the years were often deemed to be not free and fair, including in 1995, 1999, 2004, 2009, and 2014; in these elections, the Establishment elite based in the military and the ruling FLN maintained their grip on power in Algeria. Supported by oil and gas revenues, the technocratic elite under the presidency of Abdelaziz Bouteflika maintained one of the most radically stable political regimes in the world from 1999 to 2019. Even during the 2011 uprisings, known as the Arab Spring, the regime proved its capacity to buy its way out. The limited anti-government protests only attracted a few thousand people in the capital of Algiers and failed to achieve any tangible solutions; rather, the protesters ended up settling for limited concessions and promised reforms (Volpi, 2013). Bouteflika’s system only started to crack when tens of thousands of Algerians started protesting against the 81-year-old leader’s decision to run for a fifth term early in 2019. The popular uprising, known as the Hirak, soon led to Bouteflika’s resignation and the incarceration of many in his inner circle. Despite the president’s surrender to the Hirak, the military-civilian class’s cling on power has so far remained unchanged. Many therefore believe that the hopes of the Hirak protest movement are fading as its far-reaching demands, such as the removal of Algeria’s deeply entrenched and military-backed ruling elite and a negotiated transition toward democratic governance, have gone unfulfilled (Cheref, 2022).

Following the resignation of the longest-serving head of state to date, Abdelkader Bensalah was elected acting president by parliament. Soon after, former Prime Minister Abdelmadjid Tebboune was declared the president with 58.15 percent of the vote in a controversial 2019 election that saw huge protests and a boycott. Tebboune kicked off his presidency with a set of populist reforms which included adding fresh young faces to his team, “including relative outsiders to the world of politics” (Africa Intelligence, 2022), establishing a “commission of experts” responsible for a set of tasks such as “strengthening citizens’ rights, combatting corruption, furthering citizens’ equality under the law, and constitutionalizing elections” (TSA, 2020).

In another major populist move, Tebboune announced in February 2022 that his government was in the process of initiating unemployment benefits of about $100 a month for young adults. Additionally, he vowed to tackle widespread poverty and a declining economy, especially in rural areas. However, since the beginning of his time in office, he has not put into practice any palpable economic or social program to promote the interests of common citizens, such as programs to deal with an array of needs including but not limited to poverty, homelessness, and unemployment. High levels of poverty and inequality have not significantly decreased. With several modest progressive reforms, Algeria continues to suffer from high inflation, as well as fuel, food, and electricity shortages. Many therefore believe that Algeria under Tebboune is likely to with continue business as usual, with increasing political polarization, protests, state-sponsored violence, and economic deterioration. In other words, the old authoritarian political system dominated by the military-civilian class continues to remain unchanged. There seems to be no realistic opportunity for the opposition to gain power through fair and free elections anytime soon. Indeed, in terms of civil liberties, Algeria is considered a not-free country (Freedom House, 2021).

Currently, there are over 20 political parties in The People’s National Assembly, with the FLN being the largest one with 98 seats. Pretty much all the major parties exhibit some of the symptoms of populism, particularly in the form of anti-corruption posturing, traditional cultural values, and Algerian nationalism. In addition to the poor record of political rights, the country also scores relatively poorly in many categories such as personal freedom, same-sex relationships, and religious liberties. In the 2021 UN’s Human Development Index, Algeria ranks 91st out of 189. Despite a bounty of natural resources in the country, over 14 million Algerians live at or below the poverty line (The Borgen Project, 2020).Similarly, according to the Transparency International’s corruption perceptions index, Algeria ranks 117th out of 180 countries (Transparency International, 2021).

Cheref, Abdelkader. (2022). “They Should All Go. Are the Hopes of the Hirak Protest Movement Fading in Algeria?” Democracy In Exile. March 1, 2022. 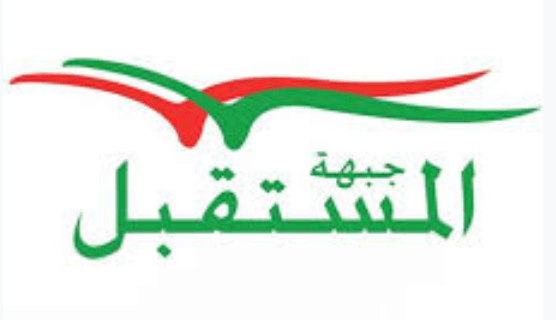 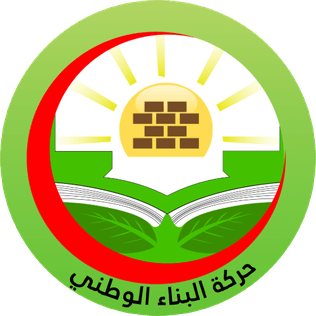 The Justice and Development Front 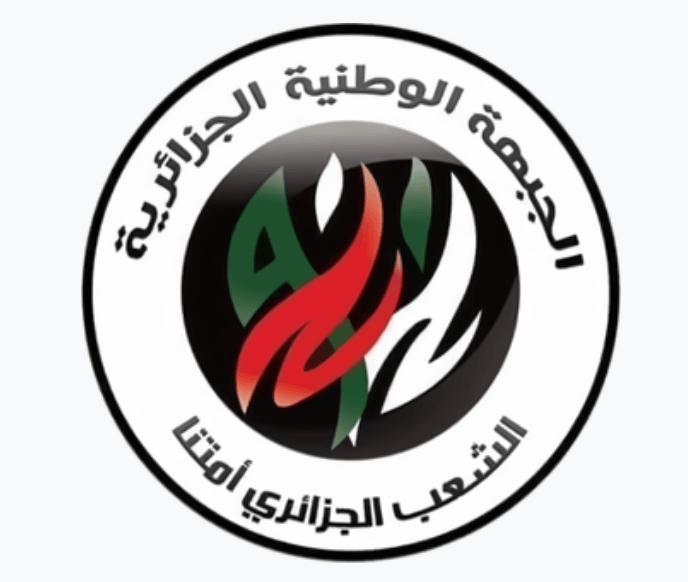