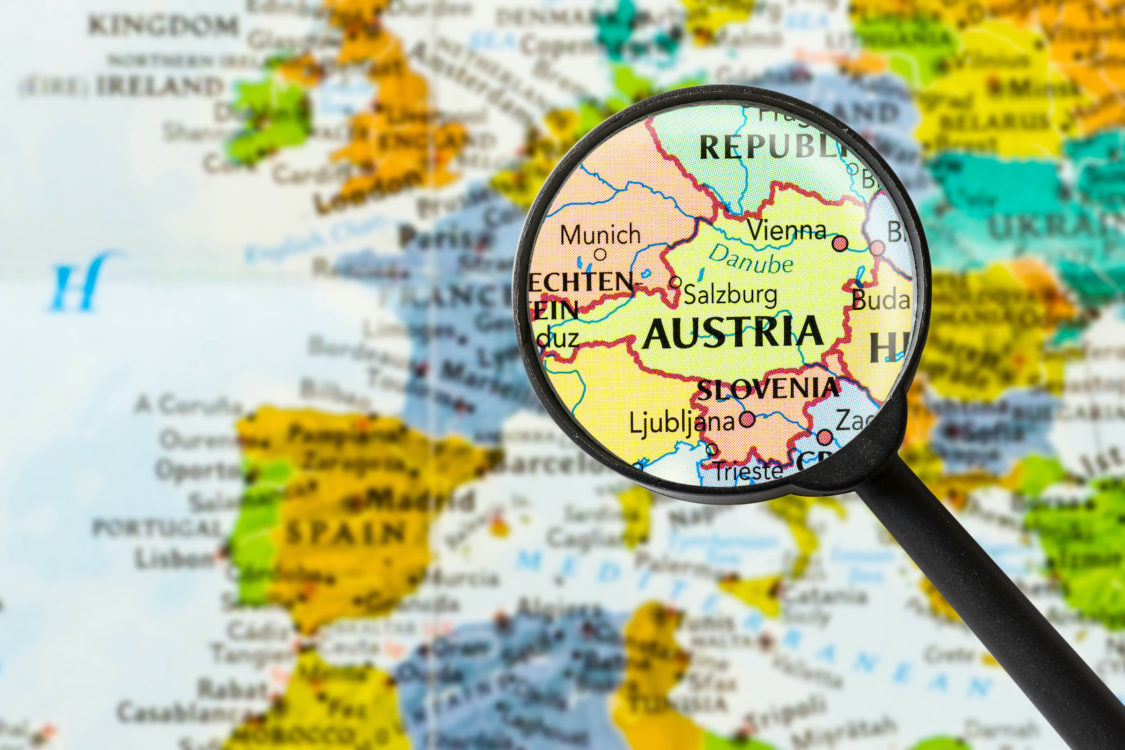 As elsewhere in Europe, Austrian right-wing populist rhetoric mobilizes Eurosceptic voters by emphasizing economic criticisms and national conservativism. Elements of populist discourse in Austria consist of xenophobic and exclusionary understandings of “ethnic,” “national,” and “religious” variables. Since Austria’s mainstream parties do not face censure for engaging with the populist right parties, it is yet to be seen whether these parties will be able to tame the right-wing populist narratives and voter enthusiasm for populist policies.

Located in Central Europe, Austria is a federal parliamentary republic and a member of the European Union since 1995. Serving as the center of power for the Austria-Hungarian Empire, Austria split into individual nation-states after its defeat in World War I. The First Republic of Austria survived from 1928-1938. Hitler annexed Austria for Germany in 1938 – the Anschluss – and the country was occupied by Germany until the end of the world. Following Germany’s defeat, Austria was occupied by the four allied powers, complicating the political atmosphere. With the signing of the State Treaty in 1955, Austria regained its independence and committed itself to perpetual neutrality, which has been constitutionally guaranteed. Austria’s relations with NATO are conducted via the Partnership for Peace (PfP) framework, which Austria joined in 1995. Although Austria is not a NATO member, it contributes to NATO’s “peace-support operations.”

Populism in Austria is conventionally linked with the Freedom Party of Austria (Freiheitliche Partei Österreich – FPÖ). The FPÖ was founded in 1955. The first chairman of the party and his successor were both SS-generals, Anton Reinthaller, and Friedrich Peter, respectively. The party’s historical roots trace to the beginning of the Austrian Pan-German movement in the 1880s (Fodor, 1936). The key motivation underlying the movement’s agenda was the fear that Austrian Germans could lose their dominant stance in a multi-ethnic Austria (Pelinka, 2012). Although the political atmosphere changed, and Austrian democracy was welcomed by FPÖ members following independence in 1945, the movement insisted on strong cultural ties between Austria and Germany. The FPÖ then embarked upon a revisionist narrative. On one hand, the FPÖ admitted Nazi crimes and accepted German responsibility for WWII; on the other hand, it implicitly constructed a nostalgic discourse based on Pan-German ideals (Pelinka, 2012). Unlike its counterparts in Germany, Austria’s right-wing extremists/populists do not stigmatize the fascist past (Hayes & Dudek, 2019).

In Austria, three political parties are considered populist parties: The FPÖ, the Alliance for the Future of Austria (Bundnis Zukunft Österreich – BZÖ), and Team Stronach (Schmuck et al. 2017). These three parties are all right-wing. The FPÖ is also one of the most prominent right-wing political parties in Europe. Its performance in parliamentarian elections has never fallen below 6.5 percent of all votes; it achieved a record 27 percent of the vote in 1999. The literature on Austrian populism reveals that the FPÖ’s populist discourse is heavily influenced by personalized strategies (Betz, 2001; Heinisch, 2003; Reisigl, 2002; Wohnout, 1993). Anti-immigrant, anti-establishment, and Islamophobic rhetoric define the populist agenda in Austrian politics. The FPÖ’s and other populist parties follow the same playbook: References and appeals to ordinary people; anti-elitism; and exclusion of out-groups. Its anti-foreigner stance, including its specifically anti-migrant stance, have contributed to the FPÖ’s electoral success. (Pelinka 2013).

As an offshoot of the FPÖ, the BZÖ was founded by Jörg Haider in 2005 as a critical response to the FPÖ. Haider’s party entered Parliament with 4 percent of the vote in 2006 and 11 percent in 2008. The BZÖ has been repeatedly branded as a right-wing populist party (Gruber, 2011; Smith, 2008; Die Presse). Under Haider’s leadership, the party’s populist orientation is defined as complete populism (Jogers & Walgrave, 2007).

Team Stronach was founded by Austrian-Canadian businessman Frank Stronach in 2012. In the nationwide Parliamentary election of 2013, Team Stronach won 6 percent of the vote. Its populist orientation is defined as neo-liberal populist. It has concentrated more on economic liberalism rather than cultural nationalism (Mudde, 2014). While the party does not focus on migration issues (Kneuer, 2018), it stresses a general Euroscepticism and antipathy toward political elites (Dolezal & Zeglovits 2014). Team Stronach’s populist agenda falls under anti-elitist populism, which is expressed through its anti-elite stance and direct appeals to the people (Heiss & Matthes, 2017; Schmuck et al, 2017).

Sebastian Kurz, the leader of the Austrian People’s Party (Österreichische Volkspartei -ÖVP), presented himself during recent electoral campaigns as a potent symbol who would move Austria forward. However, immigration, Islamophobia, and issues related to refugees have made it difficult to advance his policies (Weisskirscher, 2020; Hafez, Heinisch and Miklin, 2019). Therefore, he began using right-wing language, which was criticized by the FPÖ as copying its own approach; they accused Kurz and his party as being late to the game (Brattberg, 2017; Heinisch, 2017). Regarding the flow of refugees towards Europe, the ÖVP’s party program defined this as illegal immigration. Facing far-right pressure, the government aimed to make Austria an undesirable destination for refugees (Schmuck et al., 2017).

As in many other countries, the concept of populism is controversial in Austria. In Austrian political literature, populism is regarded as a common defining element between “us” and “others.” Namely, “ordinary people” and “the establishment” are set in an antagonistic relationship (Heinisch, 2003; Pelinka, 2013; Reisigl, 2002; Winder, 2012). The ways in which “others” are defined to determine the characteristics of populism (Heinisch, 2003).

Elements of the populist discourse in Austria consist of xenophobic and exclusionary understandings of “ethnic,” “national,” and “religious” variables (Hafez et al, 2019). With this in mind, these narrative elements provide an essential discursive anchor for the construction of social reality. These three variables give clues to the context of the stories to be told and include basic guidelines for how the people are supposed to interpret political behavior. Such settings are visible in Sebastian Kurz’s move towards the usage of far-right language in his political campaign.

The ÖVP-SPÖ coalition government passed a “burka ban” despite the fact that almost no Muslims in the country wear the burka (Frankfurter Rundschau, 2019). This political move was considered not only reactionary and an effort to contain the rise of the FPÖ but also to ease the discontent within some segments of Austrian society (Salzman & Schwarz, 2020). The ÖVP tries to neutralize right-wing extremism by blending its political agenda with far-right discourse (Barber 2017). Unlike in Germany, France, and the Netherlands, it is not taboo for mainstream parties to associate with far-right populist parties (Barber 2017).

Right-wing actors are not limited to the FPÖ’s dominance of right-wing political discourse. Some initiatives like “Die Identitaren” (the Identitarian Movement), which is similar to PEGIDA (Patriotic Europeans against the Islamization of the Occident), and the Citizen’s Initiatives have emerged as interest groups that gained visibility through concentrating on specific issues like migration and religion (Sauer & Ajanovic 2016). In line with right-wing populist rhetoric, these groups characterized the other as Muslim or migrant. Jörg Haider includes in his book Die Freiheit, die ich meine (The Freedom I Mean) that “the societal foundations of Islam are diametrically opposed to our Western values” (Haider, 1993).

These characteristics often include being a “defender of the Christian Occident” (Hafez et al, 2019). Islam is considered a “parallel society” (Parallelgesellschaft) in Austria (Sator, 2018). Following the closure of seven mosques and the expulsion of their Imams, Chancellor Sebastian Kurz stated that “Parallel societies, politicized Islam or radical tendencies have no place in our country” (The New York Times, 2019).

Common cultural and historical memories towards immigrant issues have been used as fertile ground for the populist discourse to unfold upon. Such anti-immigration and anti-Islam narratives have been referenced through mentions of the Ottoman siege of Vienna (Marcelo, 2011). This narrative employs anti-Islamic messaging while triggering memories of fear of being conquered by Muslims (Hafez, 2009).

The latest elections in Austria have demonstrated that measures against refugees are welcomed by voters (Observer, 2017). Political leaders tapped into populist sentiments. Given that 16 percent of Austria’s population is foreign-born, up from 10 percent a decade earlier, then-FPÖ leader Strache triggered migration-related worries through stories about creeping Islamization and population displacement (Reuters, 2019). In the 2016 presidential election, the FPÖ’s leader Nobert Hofer ran on the slogan, “Putting Austria First.” It was a winning campaign: he won 35.1% of votes in the first round. Benefitting from the recent migration crisis, Hofer challenged the governments’ welcoming culture by offering his electoral slogan as an alternative (Politico, 2016). The FPÖ formed a groundbreaking ruling coalition with the ÖVP, led by Sebastian Kurz. However, following the Ibiza scandal, the FPÖ-ÖVP coalition fell apart. The ÖVP returned to power in 2020, this time in a coalition with the Green party.

Having been forced to resign as Vice-Chancellor after the Ibiza corruption scandal, Heinz-Christian Strache’s fall created a new opportunity for Conservatives to tame growing right-wing extremism. The corruption scandal damaged the bedrocks of right-wing political discourse, which praises “Christian civilization” and “Western values.” There is much ongoing debate about how the conservative movement will further tame far-right parties, especially after the corruption scandal. Given that voters seek consistent political stances rather than wishy-washy politics (Rheindorf & Wodak, 2018), it will be interesting to see how populist movements continue to tap into mainstream political narratives.

— (2016). “Reflections on the political revolution in Austria.” Politico, April 24, 2020. https://www.politico.eu/article/austria-far-right-election-president-norbert-hofer-bellen-faymann/ (accessed on July 16, 2020).

Pelinka, A. (2012). “From Pangermanism to new populism in Austria.” Open Democracy. https://www.opendemocracy.net/en/opensecurity/from-pan-germanism-to-new-populism-in-austria/ (accessed on July 6, 2020).

Sauer, B. & Ajanovic E. (2016). “Hegemonic Discourses of Difference and Inequality: Right-Wing Organizations in Austria.” In: G. Lazaridis, G. Campani & A. Benveniste (eds), The Rise of the Far Right in Europe. London: Palgrave Macmillan.

Bundnis Zukunft Österreich, BZÖ (Alliance for the Future of Austria) 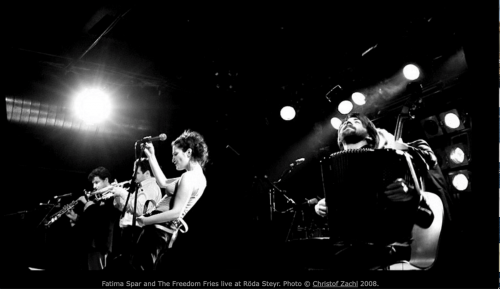 While many composers have retained the poison of their fascist associations, others worked directly to counter the nationalistic bluster […] 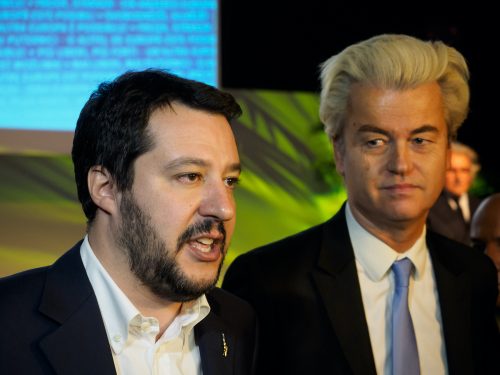 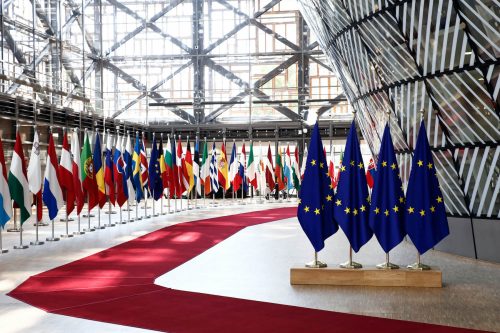 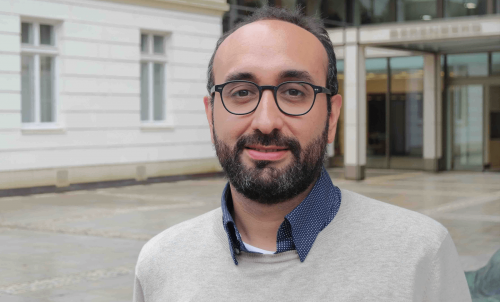 Professor Cristóbal Rovira Kaltwasser: “The crucial question is what will happen in Turkey after Erdogan? To what extent does […] 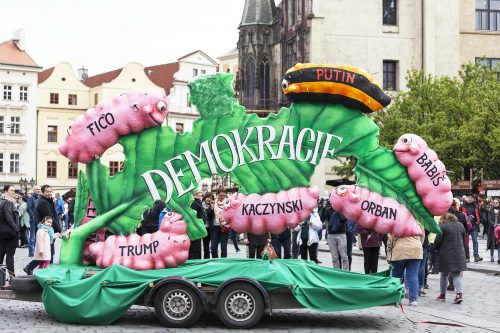 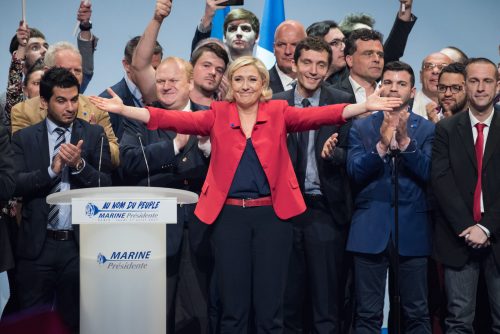