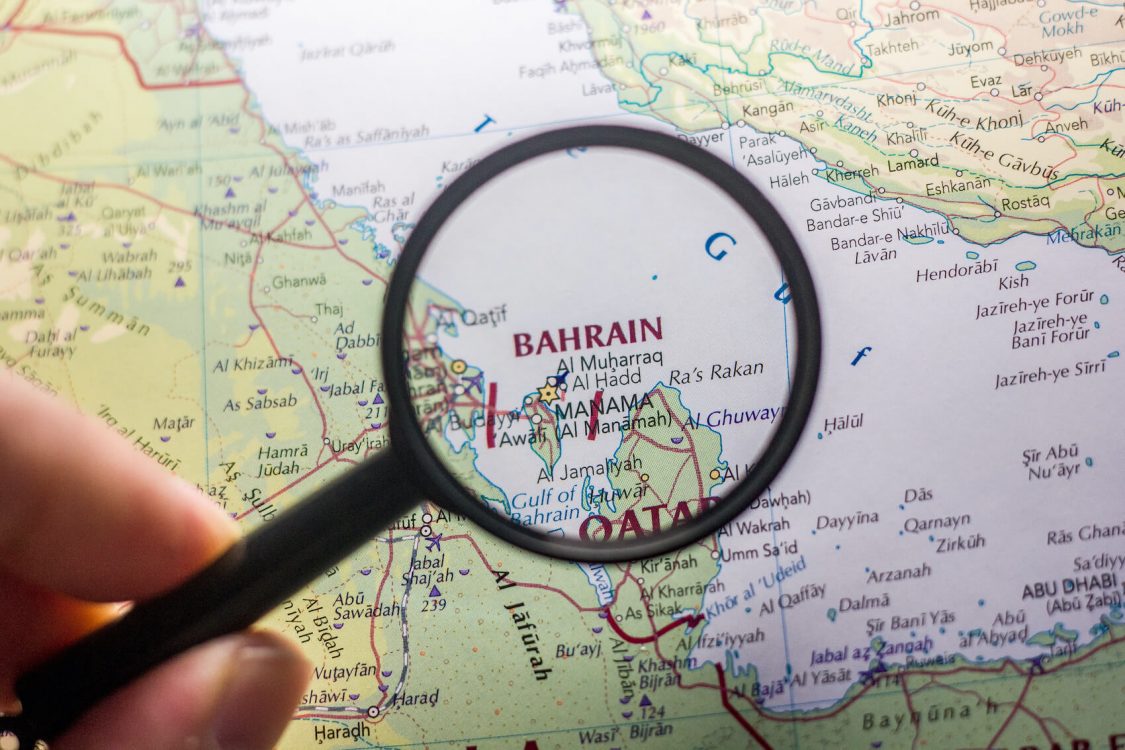 When Hamad bin Isa Al Khalifa acceded to the throne in 1999, he started his reign with a vast range of populist reforms aimed at transforming Bahrain from an authoritarian emirate into a constitutional monarchy. Today, however, the grip of the House of Khalifa on power remains firm as ever—and it has grown stronger since the Shia-dominated uprisings in 2011.

Located in a bay on the southwestern coast of the Persian Gulf, Bahrain, officially the Kingdom of Bahrain, is an island country comprised of a total of 50 natural and 33 artificial islands. The main Bahrain Island makes up around 83 percent of the country’s total landmass. The country is governed along the lines of Islamic law, the Sharia. Political participation is reserved only for those from the ruling Al Khalifa family who hold all executive, legislative, and judicial authority. While the Bahraini people are allowed to vote in elections for the advisory legislature and local municipal councils, the country’s main opposition groups are banned, and formal political parties are not permitted to run in the elections (Freedom House, 2021). The Prime Minister and members of the executive cabinet are appointed and dismissed by the monarch.

Since the popular Bahraini protests of 2011–13—mass uprisings by the Shia majority against the Sunni rulers—the Sunni monarchy has grown more authoritarian as it attempts to solidify its grip on power. The only structural changes Bahrain has seen “have been for the worse,” according to credible human rights organizations: “Opposition parties have been outlawed, the only independent news outlet has been shut down, and new laws have further closed the space for political participation” (Amnesty International, 2021).

Despite their “Establishment-style” authoritarianism, Bahrain’s leaders have long employed a unique populist agenda that involves clientelism and the exchange of goods and services for political support.

Upon Bahrain’s independence from the United Kingdom in 1971, Isa bin Salman Al Khalifa, then-the Hakim of Bahrain, became the 1st Emir of Bahrain and remained in power until his death in 1999. Isa was by no means a classic populist, rather belonging to the “Establishment”—specifically, The House of Khalifa. Growing up in a wealthy royal household, he started his education in the Bahrain School, a United States Department of Defence school located in Juffair, Manama. He then moved to Europe and the United States to enrich his education. As early as 1957, he became the Crown Prince in 7th Dhul-Hijjah and eventually assumed power after his father’s death in 1961. In the early 1970s, surprising many, Isa introduced a primitive type of parliamentary democracy, in which men over the age of 20 were allowed to vote and participate in a 1973 election for the members of the National Assembly Advisory body (Isa Cultural Centre, 2021).

This so-called democratic spring, however, came to an abrupt end when Isa bin Salman Al Khalifa decided to dissolve the assembly and to start ruling through royal decrees. Despite his absolute authoritarian control over the country, many today still regard him as the founder of modern-day Bahrain. This is largely because of the populist investments throughout his reign. Among these were the establishment of the country’s first universities, including the Bahrain University in 1984, and construction of hospitals, airports, museums, and docks (Isa Cultural Centre, 2021). During his four-decade-long reign, Bahrain experienced significant development in many areas including healthcare, education, and infrastructure.

When Hamad bin Isa Al Khalifa acceded to the throne in 1999, he started his reign with a vast range of populist reforms aimed at transforming Bahrain from an authoritarian emirate into a constitutional monarchy. His reforms included the release of political prisoners, the abolition of his father’s state of emergency as well as dissolving the State Security Court that was designed to ensure the regime’s security. In response to popular demand, in 2001, he put forward The National Action Charter of Bahrain, a document to reintroduce constitutional rule with increased economic and social rights for ordinary citizens (The National Action Charter of Bahrain, 2001).

The charter was approved in a national referendum in 2001. While it had strong populist features, the charter was considered a progressive reform package overall (Louer, 2008). One of its six chapters foresaw Bahrain’s transformation into a constitutional monarchy based on the principle of separation of powers. Another chapter made way for the revival of political parties, and the establishment of an elected parliament. Several other social issues, such as distribution of wealth as well as social and economic rights were also addressed in detail (The National Action Charter of Bahrain, 2001).

In simpler words, Bahrainis were promised democracy. The honeymoon, however, ended a year later when Hamad single-handedly promulgated the 2002 Constitution, which limited the legislative powers of the elected parliament to that of a consultative council whose members he would directly appoint. In response, four major political groups—Wefaq, National Democratic Action, Islamic Action Society, and the Nationalist Democratic Rally Society—boycotted the general elections held in October 2002 to elect the forty members of the Council of Representatives. This saw the election of 28 Sunni candidates and 12 Shiite candidates, most of whom allegedly had close ties to the government (Louer, 2008).

More than two decades into the acceptance of the National Action Charter, the authoritarian rule of the House of Khalifa remains uninterrupted. It has grown even stronger since the Shia-dominated uprisings in 2011 (Shehabi, Ala’a & Jones, Marc Owen, 2015). Throughout the 2010s, Bahrain swiftly reverted to its repressive past. Today, the regime continues to rely on numerous tools of authoritarian control to stay in power, such as pervasive surveillance, the arrest of opponents, the criminalization of dissent, and populist social spending supported by revenues from petroleum production and refining (Majzoub, 2020). Countless dissidents, including women’s rights activists, are held in prison or in pre-trial detention for their activism. Several credible human rights groups have reported that ill-treatment, torture, overcrowding, unsanitary conditions, and denial of adequate medical care are prevalent in Bahrain’s prisons (Human Rights Watch, 2020).

It should also be mentioned that all the major anti-establishment political organizations have long been dissolved and their leaders were forced to leave the country. For instance, Al-Wefaq National Islamic Society, the main Shi’ite opposition group, was shut down by a court in 2016 (Aboudi, 2016). The group had a total of 18 seats in the 40 seat-parliament. They, however, pulled out of the assembly in response to the government’s widespread crackdown on the Arab Spring protestors in 2011. The group’s leader, Ali Salman Ahmed Salman, is believed to have been in jail for years, and details regarding his whereabouts are currently unknown. Al-Wefaq was a populist organization drawing members from the country’s Shia majority. Similarly, the National Democratic Labour Action Society – Wa’ad, the country’s largest leftist political organization, was banned on so-called terror charges in 2017. It was a nationalist, socialist party, drawing support from the local working class in Bahrain.

— (2000). “The National Action Charter of Bahrain.” Government of Bahrain. 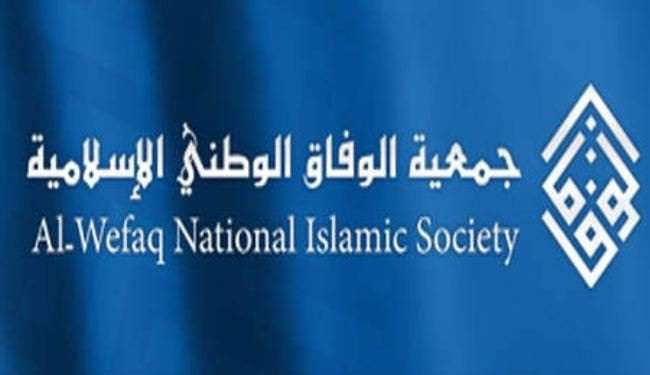