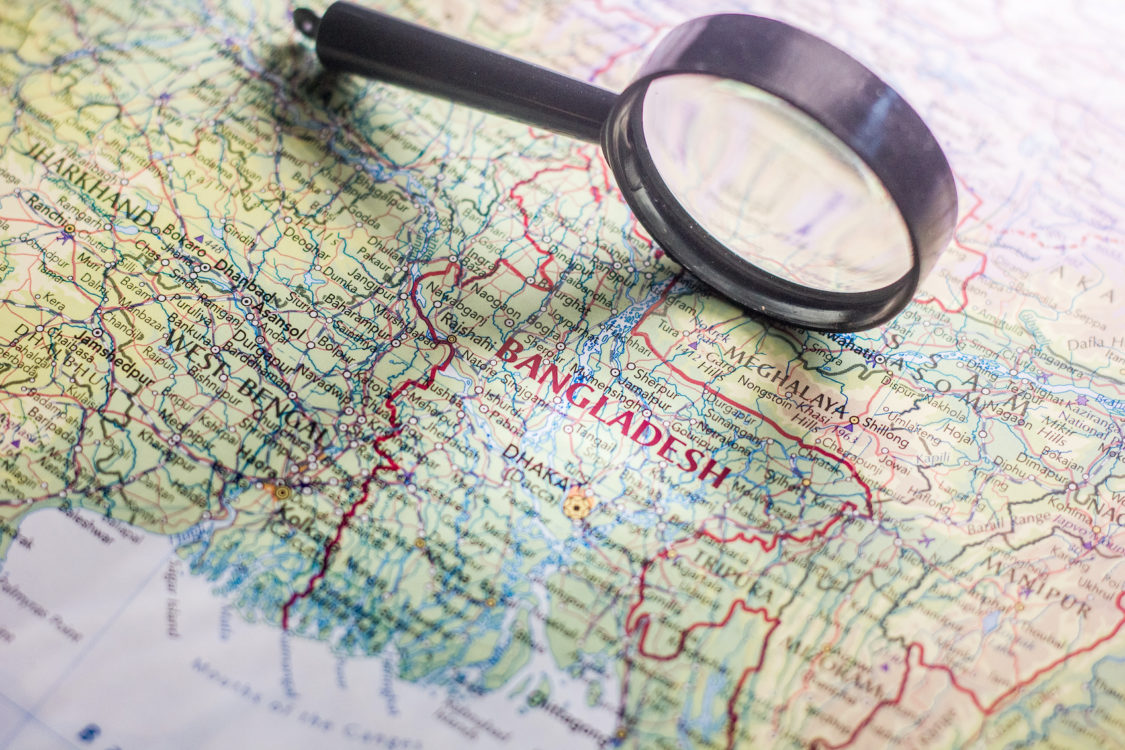 The Sheikh Hasina-led Awami Party gained a stronghold in Bangladesh in the 2000s by aligning itself with ultranationalist issues and incidents. This alignment has brought populist support for the party. Hasina has successfully demonized other factions as the “elite” and “less nationalist” or even “anti-nationalists.” This has allowed him to emerge as the country’s singular leader – the one to protect national interests and integrity. Following the past three elections, after the party is re-elected, there is a regression and deterioration in the electoral process and system. An alarming decrease in human rights and freedoms is also prevalent. The current context indicates a turn from a populist democratic leader to an authoritarian democrat.

The People’s Republic of Bangladesh is located in the Eastern part of South Asia, where it shares borders with India and Myanmar. The country has been inhabited since ancient times and has seen a variety of kingdoms, rulers, and empires over the centuries. Bangladesh is a small country by size – 92nd in the world, by landmass – but it is the eighth-most densely populated country.

At the twilight of the Mughal rule, in 1757, the British East India Company took over the Bengali peninsula after a swift victory in the Battle of Plassey. As one of the earliest British colonies in India, Bengal was heavily drained of natural resources; the mismanagement of the region under the industrialization of the traditional textile industry led to massive famines, such as the Bengal famine of 1770, which caused millions to suffer harrowing deaths (Sen, 1981). Over the next century, the reign of the British East India Company continued. When the country was eventually abolished, it paved the way for the British Empire to formally declare rule over South Asia in 1857. Pre-independence, British Bengal became a regional hub for tea and jute production. It was lavished with an expansive railway system, and the GDP of Bengal at the time was one of the highest in India. Despite this, the human development of its peoples remained poor (Sen, 1981).

The two World Wars were an uneasy period. While thousands were enlisted to fight alongside the Imperial and Allied forces, many more were sent as forced laborers (Ahmed Ullah, 2018). Mismanagement of recourses and people led to a rising wave of nationalism in Bengal. Revolutionaries from Bengal such as Subhas Chandra Bose aimed at destabilizing the Raj with Nazi Germany’s support (Pati, 1991). Others were involved in a populist movement that used a blend of politics, civil disobedience, and (at times) terrorist attacks to gain independence. Chittaranjan Das formed the Swaraj Party and took the lead in the Non-cooperation Movement of the 1920s, while populist, “radical” men and women such as Pritilata Waddedar, Bina Das, and Benoy Basu used terrorism in the struggle for independence (Heehs, 1993). In 1947, as the British left India, Bengal was partitioned in two halves: the Hindu-majority segments became part of India, while the Eastern Muslim-majority region became East Pakistan, the largest province of the newly independent, Muslim-majority state of Pakistan.

Bangladesh finally gained its independence in 1971. Populist liberation movements had sprung up in the eastern part of the country as early as the 1950s based on ethnic differences between the west and east wings; further political tensions and poor economic management alienated the Bengalis. In 1971, the All Pakistan Awami Muslim League, later the Awami League (AL), under Sheikh Mujeebur Rahman, won the liberation of Bangladesh, following a civil war and a Bengali genocide carried out by the Pakistani Army. The eastern wing was formally recognized as an independent nation and celebrates its Independence Day on 26 March (Ranjan, 2016).

The populist leader of Bangladesh, Sheikh Mujeebur Rahman, was hailed as the face of the liberation. On being released by Pakistan, he came back to the newly independent state and won elections under a populist-nationalist mandate. Soon after his victory, Mujeedbur Rahman turned his back on democracy, opting for autocracy with a single-party rule. Freedom of speech was severally curtailed as massive crackdowns against newspapers became the norm; opposition forces were harassed using state security forces. This political turmoil led to Rahman’s assassination in 1975. All members of his immediate family were also killed, save for his daughter Sheikh Hasina.

Following his murder, the state through a period of political turmoil and a military-led presential democracy took over the government. The military ruled until the end of the 1980s when the second wave of populism again paved the way for democratic rule. A wave of student union-led protests erupted nationwide. These strikes were joined by pro-democratic parties such as the Bangladesh Nationalist Party (BNP), a seven-party alliance; AL, an eight-party alliance; and the Leftists, a five-party alliance. The mass civil disobedience lasted for roughly three months. Rioting and mass shoot-outs between the protesters and the regime ensued, but by early 1991, Begum Khaleda Zia was sworn in as the democratically-elected Prime Minster. Zia was the leader of the BNP – and, ironically, the wife of a former military-President who formed the BNP in hopes of achieving power democratically. Under Zia’s leadership, the country achieved considerable socio-economic progress.

In recent years, the daughter of the former populist leader turned autocrat, Mujeebur Rahman, Sheikh Hasina galvanized popular support to win successive elections. Under her rule, Bangladesh is increasingly showing signs of curbed freedom of expression. Her party, the AL, has used harassment of the opposition and those perceived to be allied with it to consolidate power and has cracked down on dissenting media outlets and civil society voices (Freedom House, 2019). Its abuse of human rights and murky politics has weakened the country’s democratic systems (Economist Intelligence Unit, 2020).

Populism in Bangladesh is murky. Through anti-establishment movements, leaders have twice been democratically elected and then turned to autocratic rule. The 2013 Shahbag protests offer an insight into the changing players of populism in contemporary Bangladesh.

The International Crimes Tribunal (ICT) of 2010 was set to sentence war criminals for lending their support to the Pakistani Army in carrying out the genocide of 1971. Most of the convicted were Bihari and were politically affiliated with the Jamaat-e-Islam (JI), a conservative Muslim group. Student union-led protests demanding capital punishment led to the beginning of the Shahbag Movement, which was supported by the ruling AL. This wave of populism led to death sentences for JI members and a blanket ban on the JI.

In response, JI counter-protested, committing acts of violence and vandalism. 60 people were killed in the clashes, most by security forces. AL capitalized on the populist narrative to consolidate its power: it used nationalist sentiments to paint the opposition BNP as traitors. BNP was reluctant to take a stance against the JI, as the party had been its long-time coalition ally. AL gave protesters a free hand to attack JI-held properties and promoted neo-fascist ideals while cracking down on media outlets that did not support the movement on the pretext of being “anti-state.” The feelings were so heated that whoever did not support the movement was seen as anti-nationalist (Haider, 2013). Following this ultra-nationalist movement, Hasina and her AL secured a stronghold on politics: they portrayed themselves as the party for the country and its people.

AL has since remained in power for three consecutive terms and has increasingly been curtailing freedom of speech. AL has always been accused of violating fundamental human rights (Freedom House, 2019). Student unions protested once more in 2018, this time against poor road safety. By August 3, the protests turned violent due to police brutality. Arrests were carried out, and photojournalists, freelance journalists, and students were beaten with iron rods, machetes, and sticks by activists of the Bangladesh Chhatra League (BCL) – the student union wing of AL. Journals who opposed Dhaka were charged with defamation and sedition and arrested (Ahmad & Kugelman, 2018). AL used BCL, its ultranationalist youth wing as means to an end.

In the 2018 elections, AL was victorious with an alleged 75 percent of the vote, enough to secure one-party rule. The party’s coalition secured 288 out of a possible 300 directly-elected seats (50 more are reserved for women) in Parliament. The main opposition party, the Bangladesh Nationalist Party (BNP), was only able to secure 7 seats (Ganguly, 2019). Attacks on opposition party workers during polling, police harassment of opposition candidates, reports of vote-rigging, and the suspension of 3G and 4G internet during the elections led to post-election rioting, which killed 17 people (Khalid, 2018; Ganguly, 2019).

It is unclear if the 2018 results reflect a truly democratic election (Ganguly, 2019). The suppression of democratic freedoms in Bangladesh is increasingly prevalent. Still, there is no doubt that populism, populist rhetoric, and nationalism have boosted support for the AL when it has competed in truly democratic elections. The Mujeebur Rahman-led AL won support by galvanizing anti-state feelings amongst Bengalis under a negligent and dismissive West Pakistani government. Years later, his daughter rallied her electoral base by lending support to ultra-nationalist views around war tribunals for the Liberation War that her father had spearheaded decades earlier. Once “the party of the nation,” the AL has become an autocratic party that uses its control of the government to infringe on the democratic rights and freedoms of the people who once gave them their support. 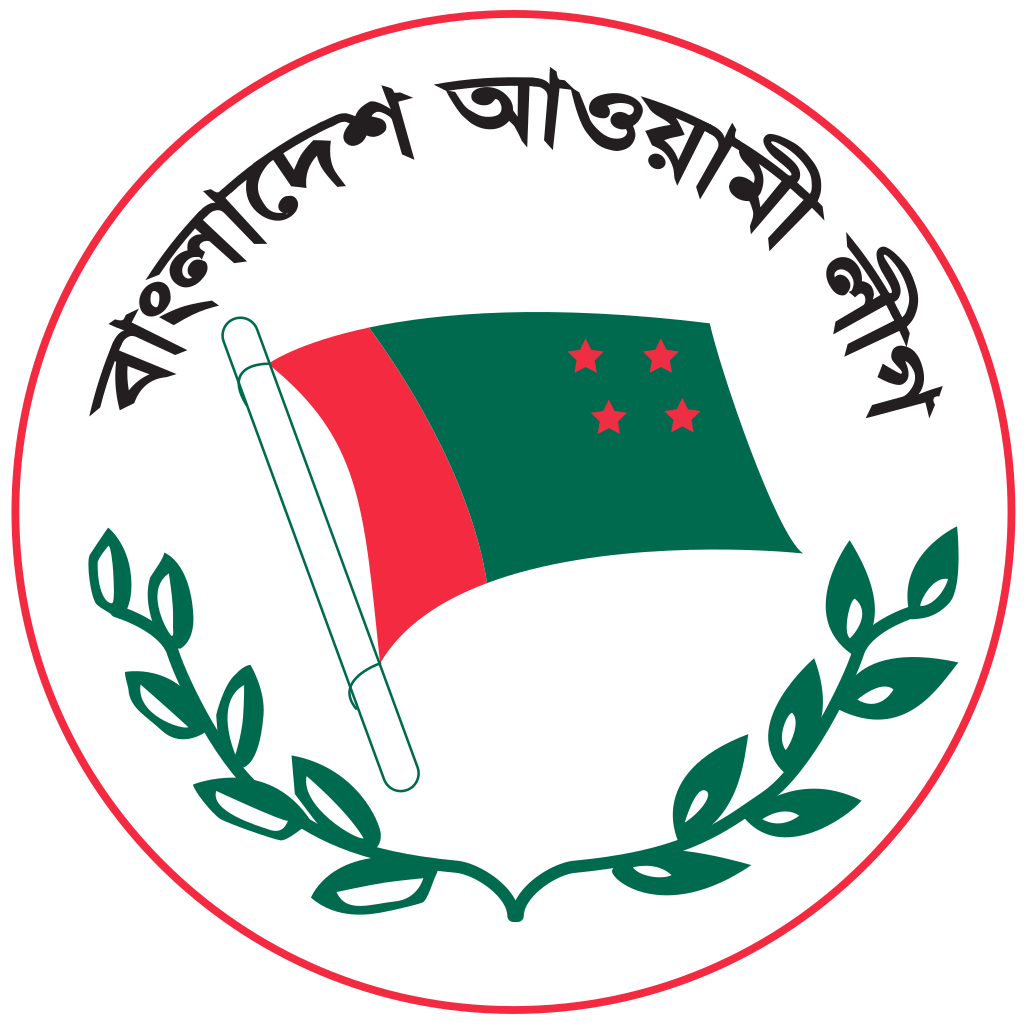