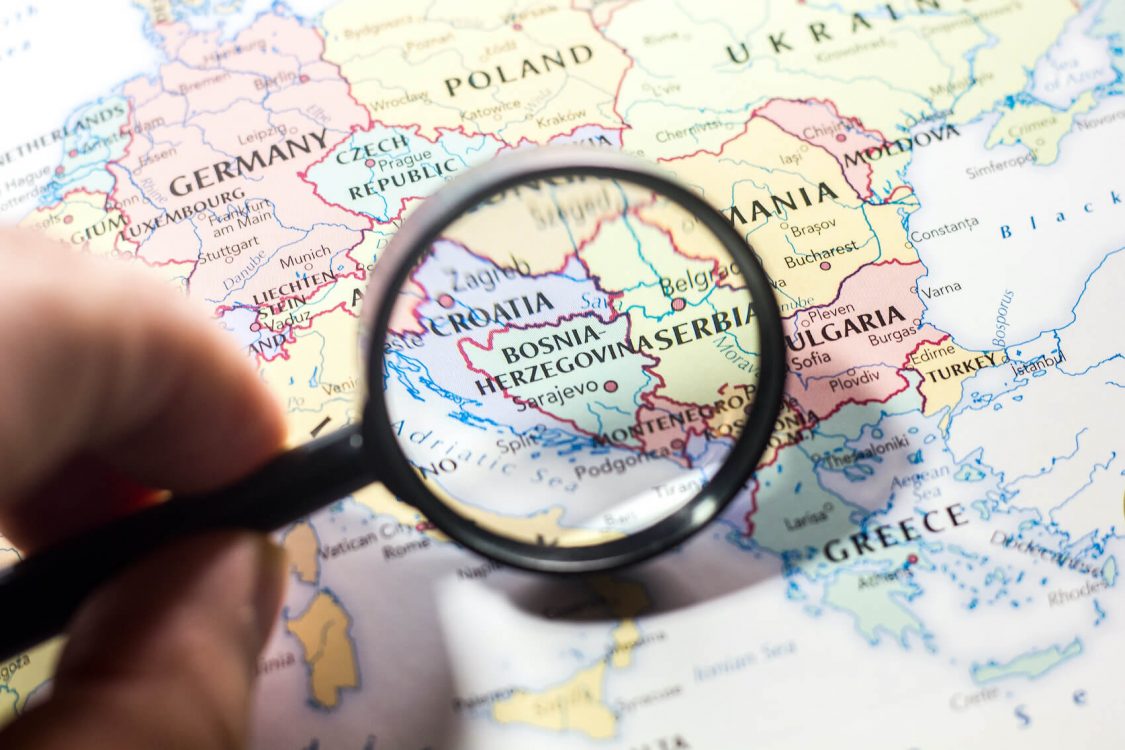 Despite widespread corruption, the traditional anti-establishment character of populism—namely the depiction of the “true people” versus the “corrupt elites”—is not widely present in mainstream Bosnian politics. This is mostly because populism in the country is heavily dominated by ethnic nationalism and so-called patriotism.

Located in South-eastern Europe, Bosnia, officially Bosnia and Herzegovina, is a decentralized parliamentary republic with a multi-ethnic population predominantly composed of Muslim Bosniaks, Orthodox Serbs, and Catholic Croats. Following the Second World War, the territories that today fall within the borders of modern-day Bosnia-Herzegovina became a part of the Federal People’s Republic of Yugoslavia. With the declaration of independence in March 1992, the country then slid into a civil war against Herzeg-Bosnia and the Republika Srpska, proto-states led and supplied by Croatia and Serbia.

Throughout the ensuing 44-month-long conflict, Serb forces committed countless war-crimes, including genocide against Bosniak and Croat civilians, killing up to an estimated 100,000 people (Taylor, 2012). As of today, a total of 161 people has been indicted in the International Criminal Tribunal for the former Yugoslavia (ICTY), and 90 of them have been sentenced to a variety of prison sentences over “serious violations of international humanitarian law,” war crimes, and crimes against humanity during the war (ICTY, 2021). Among the criminals are several notorious high-ranking Serbian officers such as Ratko Mladić, Radovan Karadžić, Duško Tadić and Radislav Krstic (Blason, Fairclough & Rodrigues, 2011). Almost three decades later, wounds caused by one of the most-savage civil war in recent history remain fresh for many Bosnians, partly due to the relative failure of the Dayton Peace Agreement’s capacity to meet the demands of all sides (International Crisis Group, 1999). Ethnic nationalism and division are continued mainstays of political rhetoric, which, perhaps unsurprisingly, feeds right-wing populism and political instability (Hajdari & Colborne, 2018).

The majority of the political parties in Bosnia exhibit some of the most significant symptoms of populism, including promising change for the “true” people of the country. For instance, the mainstream Party of Democratic Action (Stranka demokratske akcije, SDA) is considered centre-right to right-wing nationalist, with conservative and Bosnian unitary tendencies. This is thanks to Alija Izetbegović’s populist combination of Islamic values with nationalist sentiments. Since it was founded in 1990, the SDA has consistently remained the most popular party among the Bosniak population. In the 1990 general election, it emerged as the largest party after securing 31.5 percent of total votes and winning 43 seats in parliament. In the 1996 election, the SDA managed to maintain its position as the largest party in the House of Representatives by winning 19 of the 42 seats. The party’s share of the vote, however, dropped to 26 percent in the 1998 elections. The SDA faced its first defeat in the 2000 general elections, when the centre-left Social Democratic Party of Bosnia and Herzegovina, in alliance with several other minority parties, gathered 15.8 percent of total votes and became the largest party in Bosnia. Throughout the succeeding two decades, the SDA has remained a major power in Bosnian politics, either as an opposition party or the-governing party. In the latest 2018 elections, the party again became the ruling party by winning 36.6 percent of total votes and nine seats in the House of Representatives.

Over time, tthe SDA has grown to encompass several factions. These factions encompass a wide variety of different ideologies, such as Islamists, pan-Islamists, Erdoganists, and those who are pro-Muslim brotherhood. The party’s leader, Bakir Izetbegović, often embraces some of these factions—he established close ties with Turkish President Recep Tayyip Erdogan, several high-ranking Egyptian members of the Muslim Brotherhood, and Mahmoud Abbas, the chairman of the Palestine Liberation Organization (PLO). In May 2018, Izetbegović and Erdogan held a joint public rally in Sarajevo attended by thousands of Bosnians and expatriate Turks. The crowds reportedly chanted “Allahu akbar,” and “Sultan Erdogan,” as the Turkish president appeared on the stage, hand in hand with Izetbegovic (Ghitis, 2018).

The Alliance of Independent Social Democrats (SNSD) is another populist party worthy of mention. Founded in 1996, the SNSD is the governing party in Republika Srpska, one of two entities in the country. The party is known for its Serbian nationalist and thus separatist stance. The party leader, Milorad Dodik, often makes headlines with controversial statements against the 1995 Dayton Accords. He believes that the Republika Srpska will eventually secede from the rest of Bosnia and unite with the Republic of Serbia: “The Serb people have two states: Serbia and Republika Srpska, and we want to be one” (RFERL, 2018). Following an unconstitutional referendum to declare the day of Republika Srpska a national holiday in 2016, the US government announced sanctions on Dodik and his party for “obstructing efforts to implement” the peace agreement. “Milorad Dodik has defied the Constitutional Court of BiH, violated the rule of law and poses a significant risk of obstructing the implementation of the Dayton accords,” US Ambassador Maureen Cormack said on the US Embassy’s Twitter account (Reuters, 2017). Perhaps unsurprisingly, the SNSD is also known for its Eurosceptic and pro-Russian position; the Russian government supports the party’s separatist goals.

Akin to the SNSD, The Serb Democratic Party (SDS) is another right-wing populist party that champions separatism and Serbian nationalism. Founded in 1990 by Radovan Karadžić—who was convicted of genocide, crimes against humanity and war crimes by the International Criminal Tribunal for the former Yugoslavia (Kleiderman, 2021)—the SDS enjoyed significant electoral support from the Bosnian Serbs between 1996 and 2006. The party, however, lost its status as the main Serb party in Republika Srpska in the 2006 parliamentary elections, losing to the SNSD. Since then, it enjoys a secondary position, with electoral support ranging from 18 to 26 percent of total votes in the parliament of Republika Srpska.

The Democratic National Alliance or Democratic People’s Alliance (DNS) is the third largest populism-driven Serbian nationalist party in the Republic of Srpska. While the party lacks any significant electoral success, it won its largest share of votes in the 2018 parliamentary elections, securing some 14 percent of total votes and winning 12 seats in the National Assembly of Republika Srpska. Founded in 2000, the DNS is led by Serb politician Nenad Nešić.

In terms of civil liberties, Bosnia and Herzegovina is a partly-free country. Although Bosnian people enjoy regular and competitive multiparty elections, the system is dominated by a set of dominant hardcore nationalist and populist leaders that drastically appeal to their Bosniak, Serb, or Croat communities (Freedom House, 2019). Separatist policies implemented by the government of the Serb-majority Republika Srpska often trigger political crisis in the country, revealing the fragility of the highly decentralized system and the Dayton Peace Agreement.

In addition to the poor record of political rights, the country also scores relatively low in many categories such as personal freedoms, same-sex relationships, and religious liberties. While same-sex relationships are not officially recognized by state authorities, LGBTQ+ rights have enjoyed a positive trend over the past decade. In 2019, the first-ever LGBTQ+ pride march was held in Sarajevo. While it ended peacefully without any violence, the march was criticized by many of the country’s conservative communities, and thousands gathered to protest the march and promote traditional family values in September 2019.

Among the greatest issues in the country is corruption. According to Transparency International’s 2016 Corruption Perception Index, Bosnia ranks 83rd out of 180 countries, placing it among those that are regarded as untrustworthy and have badly functioning public institutions like the police and judiciary (Transparency International, 2017). Despite the widespread corruption, the traditional anti-establishment character of populism—namely the depiction of the “true people” versus the “corrupt elites”—is not widely present in mainstream Bosnian politics. This is mostly because populism in the country is heavily dominated by ethnic nationalism and so-called patriotism.

Hajdari, Una & Colborne, Michael. (2018). “Why Ethnic Nationalism Still Rules Bosnia, and Why It Could Get Worse.”The Nation. October 12, 2018. https://www.thenation.com/article/archive/why-ethnic-nationalism-still-rules-bosnia-and-why-it-could-get-worse/ (accessed on May 19, 2021).

Position: 9/42 seats in the House of Representatives of BiH.

Position: 6/42 seats in the House of Representatives of BiH.

Position: 2/42 seats in the House of Representatives of BiH.