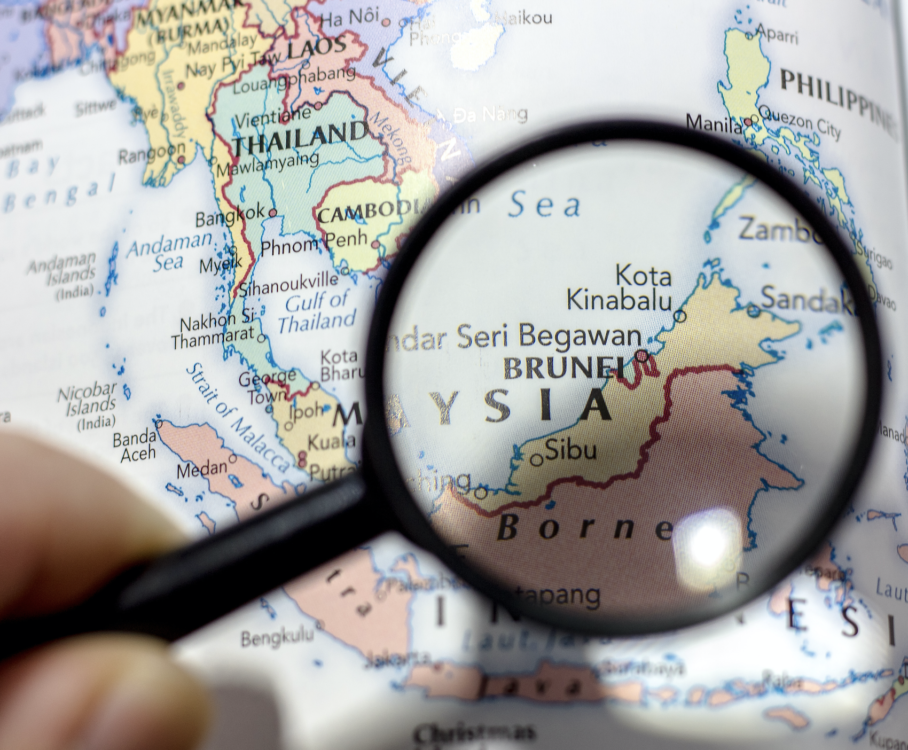 Hassanal Bolkiah, the current monarch, has seen the country through independence and modernization. Its wealth has made Brunei affluent, with an excellent welfare. Yet to retain order, the Sultan has experimented with populism. Bolkiah’s direct and benevolent connection has been a source of popular support, deflecting attention from issues of human rights and freedoms. Increasingly, he has also used Islamism to bolster his persona with a hint of the divine. Adding legitimacy to his actions, it makes his followers “the pious” and liberals, non-Muslim, and indigenous populations the “others.” His populism has facilitated the monarchy amassing huge sums of wealth without objection. The country has failed to develop a path towards democratization and is increasingly “otherizing” non-Sunni groups.

The kingdom of Brunei is an absolute monarchy. Historically, the country was ruled by various Hindu, Buddhist, Sino, and Muslim dynasties. It has long been a significant trading post. The region’s first interaction with European powers came when Brunei was ruled by a Muslim-led sultanate. Engaged in a prolonged war with Spanish forces, Brunei got support from the Ottoman Empire, then the figurehead of the Muslim world. The war ushered in an era of instability, which led to the loss of territories constituting the present-day Philippines. The remaining territory was destabilized, resulting in decades of civil war.

By the time British naval forces arrived in the region, in the late 19th century, the fragile Bruneian Empire was on the verge of collapse. Increasingly, the emperor accepted the help of the British to defend the Empire from various threats. This led to the creation of the White Rajahs of Sarawak. In 1888, Brunei signed a “Treaty of Protection,” under which Britain officially protected the state. However, little was done to stop the White Rajahs of Sarawak from annexing more lands, and by the 1910s, British residents maintained significant control over the Sultan. In the 1920s, oil was discovered in the region, making it an attractive locale for British petrol companies and investors, who remained in the region until the 1941 Japanese occupation (Gin, 2016).

Brunei’s absolute monarchy survived the Japanese occupation. During the Second World War, Brunei faced major losses, as trade was not possible amidst maritime warfare. Food and other necessities were hard to come by. Once recaptured by allied forces in 1945, the region was temporarily administered by them. During this period, there was a glimpse of democratization. In 1952, the Sultan and his committee drafted and implemented a constitution that would become the foundation for the country’s independent government. This further facilitated the process of gaining independence from the United Kingdom and set in motion the formation of the Brunei People’s Party (PRB) in 1956. This PRB leaned left, with an aim for self-rule. The party frequently used populist nationalism to gain support (Gin, 2016). In a dispute over joining the Malaysian union, the Brunei Revolt, supported by the PRB, took place in 1962; following this revolt, the PRB was banned. After this ban, hopes for democracy faded. There is a parliament in place, but there are no elections; the last elections were held in 1962 (Gin, 2016).

Following the revolt, the Sultan abdicated in favour of his son, Hassanal Bolkiah. It was during his sultanship that Brunei gained independence, in 1984 (Gin, 2016). Over the course of Hassanal Bolkiah’s reign, Brunei has done considerably well for itself. The wealth of its oil and natural gas reserves has flooded the country with petrol-dollars. This cash inflow has made the Bolkiah family one of the world’s richest. The royal family’s home in the capital is one of the most expensive residential palaces in the world, and it is estimated that they own around 7000 luxury cars in 100 separate garages (Bociaga, 2020).

The 420,000 subjects don’t seem to object to their ruler’s extravagance and overindulgence. A major reason for their loyalty is the relatively comfortable life that most citizens enjoy. The Sultan has improved the general living standards of the people. Due to the strong welfare system and economic stability, the citizens have one of the highest purchasing power parities around the world (Bociaga, 2020). The Sultan also takes a keen interest in the people’s lives. It is not uncommon to find videos on social media of Hassanal Bolkiah borrowing a car from a random resident. He takes the car for a drive and upon returning it to the subject, he gives them a brand-new car in exchange. There is also an option for citizens to write directly to the Sultan. If he receives the mail, it is generally believed that the subject’s plea is heard and addressed directly by the Sultan himself. These personal connections have positioned the Sultan as a benevolent “giver” (Bociaga, 2020). In the last decade, Hassanal Bolkiah has also invested in large infrastructure projects that have improved connectivity and are designed to boost tourism in the country.

Economically, the monarchy faces a huge predicament. To be able to support their own lavish lives as well as fund the welfare policies, the Sultan needs a constant source of revenue. For now, Brunei’s fossil fuel deposits are able to sustain its expenditures; however, the depletion of those resources in the future, as well as oil price volatility, leave the country in a precarious position. It is particularly prone to hyper-inflation due to changes in the oil market. While the welfare system is strong, there are no set private sector fixed minimum wages; farmers and fishermen earn modest incomes, and the country’s unemployment rate is around 9.1 percent, making it one of the highest in Southeast Asia (Bociaga, 2020).

The monarchy cannot provide free healthcare, free education, housing, and development programs and ensure zero income taxes if the oil runs out. In the absence of government benevolence, there is a fear of unrest. In essence, the patron-client relationship between the monarch and the people acts as a populist bond. The privileged yet generous father figure bestows kind favours. This privilege does not extend to migrant workers and minorities, who are the less favoured.

The image of the Sultan and his family is not untarnished. They have been embroiled in several scandals. For instance, the Sultan’s younger brother was responsible for the misappropriation of funds worth millions of dollars. Combined with his playboy life, this resulted in a severe blow to the ruling family’s reputation and dented the country’s rural coffers amidst a financial crisis (Wright, 2019).

To contrast his family’s immoral behaviour over the years, Hassanal Bolkiah has used Islam as an ideological shield, diverting attention to his “pious” policies. The first hint of Islamism was evident in 1991 when he introduced the conservative ideology called Melayu Islam Beraja, or the Malay Islamic Monarchy (MIB). This ideology declares the monarchy as the “defender” of the faith (Sunni Islam) (Thambipillai, 2020). With the MIB, the Sultan was able to legitimize his position through divine decree. He has become the protector of the people’s faith. Over the years, Sunni Islam has become an integral part of his populism and Brunei’s culture.

However, minorities have suffered under the MIB ideology. Sharia law has been installed for cases of sodomy, adultery, and fornication, and the punishments are as severe as death by stoning (Bociaga, 2020). Theft can result in the thief losing his or her hands. Hassanal Bolkiah has also banned the sale of alcohol and public celebrations of Christmas and other non-Muslim holidays. Minority religious groups can celebrate their festivities but the celebration by Muslims is not permitted under law (Minority Rights, 2020; Khan, 2019). Under the umbrella of the 2014 Syariah Penal Code Order (SPCO), “indecent behaviour” is a jailable offense that can also lead to fines. These behaviours can be defined as pregnancies outside of wedlock or eating/drinking/smoking during fasting hours of Ramadan. Practising non-Islamic (Sunni) faiths is increasingly difficult, as hurdles have been put in place to prevent other faith communities from building, expanding, or renovating their places of worship. In 2019, new laws against blasphemy and same-sex relations were put in place – with the crime for the latter being death by stoning (Minority Rights, 2020). The monarchy has thus positioned itself as the defender of the “pure” Sunni Muslim majority against the “others” who are non-Muslims, indigenous peoples, or those spreading “indecency.”

Moreover, like a true populist authoritarian regime, the monarchy has also severely limited freedom of the press and expression. There are almost no political rights. Elections have not taken place since 1962. While the legislative assembly has been revitalized since 2004, it functions under the executive control of the Sultan. The emergency powers entrusted in the monarch since 1984 grant him absolute authority (Freedom House, 2020; BBC, 2019). All punishments are doled out with the final approval of the Sultan. The system makes him an omnipotent political figure.

Expressing one’s opinion can be a costly affair. It can lead to jail sentences or, in the case of a paper or TV station, closure. An 18-month prison sentence was handed down to an official after they criticized halal certification regulations (a monarchy-led initiative) in a 2017 Facebook post. Civil society does not exist. It is illegal for more than 10 people to publicly gather without a permit. NGOs require tedious registration to function, leaving little room for any opposition (Freedom House, 2020).

Despite being a monarchy, Brunei’s government still exhibits some aspects of populism. The country is relatively prosperous due to its oil and natural gas reserves. The Sultan has used a blend of benevolence and draconian Islamized laws to maintain his popularity. This makes him “pious” in a conservative Sunni Muslim society that tolerates his family members’ transgressions. Economic prosperity has allowed the Sultan to ensure the loyalty of his subjects. However, dependence on the fossil fuel industry leaves the country prone to shocks, and oppressive laws risk upsetting the diverse populace. The income divides are already stark. If the monarchy can no longer provide for its subjects, the country could face unrest.

Geographic Location: Part of the island of Borneo, bordering the South China Sea 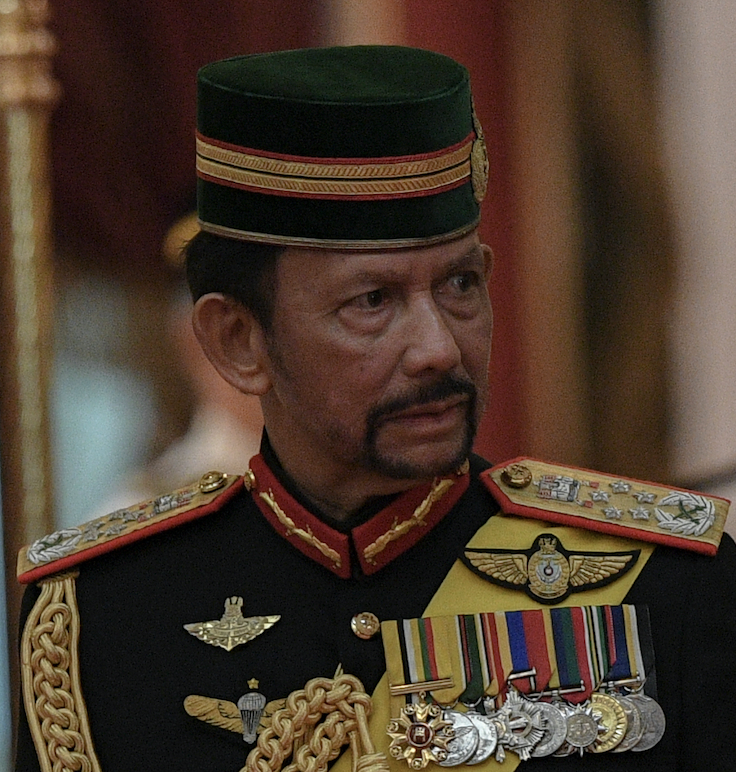