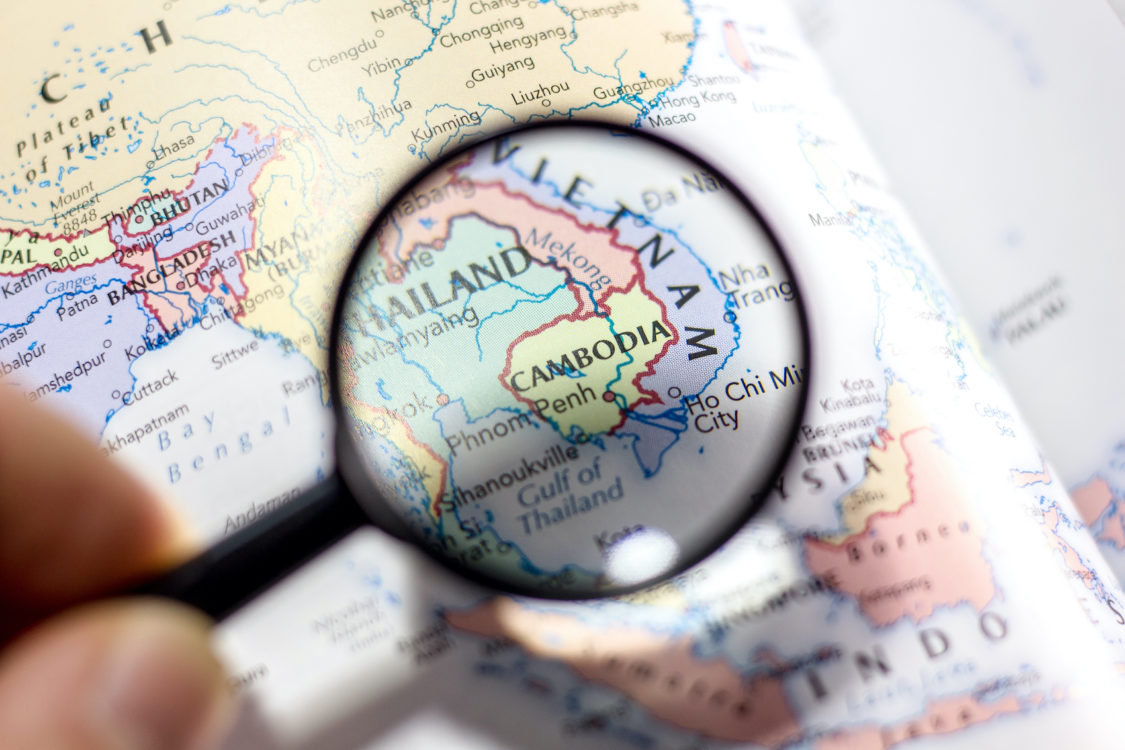 Cambodia’s modern history is tarnished by violence. Hun Sen, with the political party CPP, has held a dominant role in the country since the mid 1980s. He came to office promising a populist reformist agenda of development and progress. Yet over the years, amidst corruption and political manipulation, Hun has turned Cambodia into a dictatorship. Sole political power rests with him, and he has the possibility of passing it to his son in the future. Since 2018, opposition parties have been dissolved and the government has not been shy about curbing freedom of speech and the right to protest. Effectively, the CPP and the Hun family are in control of the country. The CPP has justified its actions as in the best interest of “the people.”

Cambodia is a Southeast Asian Buddhist country. It has a rich past that is influenced by Chinese and Hindu cultures, which give it a distinct cultural style of its own. The Indo-Chinese influence on its culture has endows it with a richness that is depicted in its many monuments dedicated to Buddhism. Historically ruled by monarchies, its various kingdoms relied on serfdom. Cambodian kings were patrons of the arts, and this passion was closed tied with religion, resulting in various temples being erected around the country (Dobbins et al, 2013). Angkor Wat is a prime example of this culture.

Weakened internal dynasties led Cambodia to seek the protection of France in 1863. Over the next decades, French influence in the region resulted in Cambodia becoming a part of French Indochina. This lasted until the Japanese occupied the region during the Second World War. After the Allies pushed out the Japanese, the French re-established French Indochina until 1953. Then, a constitutional monarchy under King Norodom Sihanouk was established. Until 1991, the country was in flux, with various factions fighting over how the state should be run—and by whom. Over the years, strong influence from neighbouring countries has also shaped Cambodia’s domestic politics.

Currently, Cambodia’s king is Norodom Sihamoni. The position is symbolic, and the monarch is selected by the Royal Council of the Throne. The country’s constitution allows for a multi-party system headed by the Prime Minister. Hun Sen has been serving in this role since 1985. Over the last three decades, relative stability has opened the economy to the world. Cambodia has seen massive growth in sectors such as tourism, textile/garments, and construction, which have helped the country in international trade. Despite efforts, working conditions for the rural poor—who predominantly work in the agricultural sector—are worse than city dwellers. The improved economic indicators are a result of Hun’s prolonged relationship with China. This relationship features borrowing, privatization, and leasing of lands. These developments have also created a real estate bubble. However, public debt is mounting. The country has few plans to generate enough revenue to pay back its loans.

Cambodia is ripe for populism because of a history of violence. In the 1970s, the Vietnam War spilled into Cambodia. The king granted the communist Vietnamese forces unrestricted access to the forests along their shared border. It also facilitated the safe passage of arms to the communist factions. Cambodia became a flashpoint for the USSR and US during the Cold War, beginning with the Vietnam War (Ely, 1990). During the Vietnam War, US forces indiscriminately bombed suspected communist hideouts in Cambodia.

This eventually caused a civil war in Cambodia. After the coup of 1970, a pro-US Khmer Republic was installed. The new republic got rid of the King, who had supported the communist forces. The republic faced opposition from the communist Khmer Rouge, triggering the war (Ely, 1990). The Khmer Rouge were supported by the King, who stood in opposition to the pro-American faction. The Khmer Rouge also drew support from the communist Viet Cong forces. The Viet Cong saw this an opportunity to regain their sanctuaries and supply lines.

With support from the monarchy and communist forces in Vietnam, the Khmer Rouge claimed the capital, Phnom Penh, in 1975. This propelled Pol Pot, an admirer of Mao, to power. He shared the Chinese dream of “the Great Leap Forward.” Over the next few years, massive internal migrations were forced on the people. Cities were virtually emptied, and rural communities were crowded with thousands forced to work on rural works projects. Under Pol Pot’s ruthless regime, the country reverted to old agrarian practices and “modern Western” ideas were discarded. Those who did not follow orders were suspected as enemies and sent off to notorious prisons such as Tuol Sleng or assassinated in the country’s many “killing fields” (Jackson, 1971).

Not surprisingly, the regime targeted ethnic minority groups such as the Cham Muslims, who faced ethnic cleansing. Professionals who were seen as “intellectuals” were also purged. The regime also razed a huge number of Buddhist temples to the ground. Thousands perished on rice farms either due to starvation or execution (Jackson, 1971). The regime held power through a mix of terror and populism. Anyone who was not a radical Marxist—or even just questioned the regime—was “otherized” and subjected to violence.

The fall of the oppressive Pol Pot regime came in 1978. Vietnam invaded Cambodia due to ongoing cross-border tensions (Leighton, 1978). The events, followed by a lengthy UN-mediated peace process, restored the monarchy. Efforts at democratization were also made by international organizations (Un & Luo, 2019).

The scale and length of the violence experienced by the country has left it with a legacy of trauma. The devastation of war makes the population susceptible to populist strongmen such as Hun. Over time, he has adapted with the changing socio-political dynamics to encompass various versions of populism. This adaptability has helped him stay in power. He has used populist rhetoric to maintain support while his autocratic behaviour has targeted opposition parties, media, and civil society. Further, by using the judicial system, he has justified all his actions (Giry, 2015).

Hun Sen was a former communist who had previously served in key ministries in the Vietnam-occupied government. Adapting to the changing tides, he jumped into politics and became Prime Minister under a single-party National Assembly in 1985. His time in office came to an end when UN-monitored free elections occurred in 1993 and led to the victory of the National United Front for an Independent, Neutral, Peaceful and Cooperative Cambodia (FUNCINPEC) party. A pro-king and centrist democratic party, FUNCINPEC gave the people hope of divorcing from the past. It was a promise for embarking towards stability and democratization (Hughes, 2001).

Hun, unwilling to accept defeat, threatened the FUNCINPEC with calls for mass unrest and protests. He even tacitly supported seven border states “seceding” from Cambodia. Through these threats, Hun was able to hold power, being appointed “co” Prime Minister. His secondary position did not last long. The 1997 coup d’état paved the way for the populist Hun to dominate politics. The ruling party was side-lined and dismissed; elections in 1998 led to Hun and his CPP once again seizing power (Hughes, 2001).

Over the years, Hun has embraced both reformist and strongman images. He is portrayed as a formidable leader without whom peace and stability will be lost. For instance, his contentious election victories have allowed him to follow through on various economic development projects. While wealth is not equally distributed—and corruption and debt accumulation remain serious problems—significant economic growth gives an illusion of “development” (World Bank, 2020). Hun has also established compulsory drug detention centres. In a country that was ravaged by war, drugs are a huge issue. The Hun regime has used these camps to not simply house and rehabilitate: inmates are subject to involuntary detention and exposed to torture and abuse. In the public’s view, the government is “dealing” with a social ill, while in reality those who have been failed by society are subjugated to gross human rights violations (Amon et al, 2013).

Hun draws his support from the rural poor. This group is the poorest in the country and also suffered the most during the wars. He offers them the “gift of stability” (Beban & Schoenberger, 2018). Hun uses the media to establish his position and image. He has warned the people that he is the only force keeping the Cambodian military at bay. He feels, in the event of his death, that the country will be plunged into war (Rainsy, 2019).

Over the last three decades, Hun has created a loyal support group. “The people” who vote for him are those who want stability and progress. “The others” are the enemies and need to be “crushed” for the sake of peace. The people are occasionally reminded of how insecure their stability can be. In 2003, the Phnom Penh riots led to attacks on the Thai Embassy, resulting in crossfire between the two countries. The issue was resolved after 10 years, in 2013. This gave Hun the opportunity to demonstrate how strongman leadership was needed to defend the country’s borders against foreigners and the prospect of foreign occupation.

In 2013, both Hun Sen and his opponents, the Cambodia National Rescue Party (CNRP), claimed victory. This resulted in mass protests across the country. The face of the CNRP was Sam Rainsy. He used his own version of populism. Rainsy’s populism was anti-elitist, anti-political establishment, and reformist. It was a direct attack aimed at the ruling elite for increasing human rights volitions and curbing of freedoms (Beban & Schoenberger, 2018).

With the use of state-led suppression through the judiciary and security forces, Hun criminalised the CNRP’s leadership over the next four years. Most of the party’s leaders were forced to flee, and the party was banned in 2017. Hun called them a band of “convicted criminals,” effectively criminalizing them (Rainsy, 2020). With no opposition left standing, the CPP won a landslide victory in 2018, making Hun supreme leader of the Kingdom of Cambodia.

Hun Sen’s populist legacy seems to be moving into its dynastic phase. Hun is increasingly giving major roles to his son, Hun Manet. Hun Sen projects his son as “god sent” or “supernatural,” adding divine legitimacy to his eventual rule. He is essentiality merging the sacred with populism to facilitate a direct handover of power to his son (Chhengpor &Tum, 2018).

Cambodia’s fragile democracy of the 1900s has now turned into a full-fledged, single-party, one-man dictatorship. In the regime, opinions that veer from the state narrative are not tolerated. Those who oppose Hun are also “otherized” by portraying them as being against the interests of “the people.” Hun has used systematic oppression to turn Cambodia into a dictatorial regime. Given its war-torn history, Hun Sen has been able to prey on the populace’s fear of conflict. This anxiety and trauma has been used to justify his power grab.

Languages: Khmer is the official language, but some 19 languages are also spoken 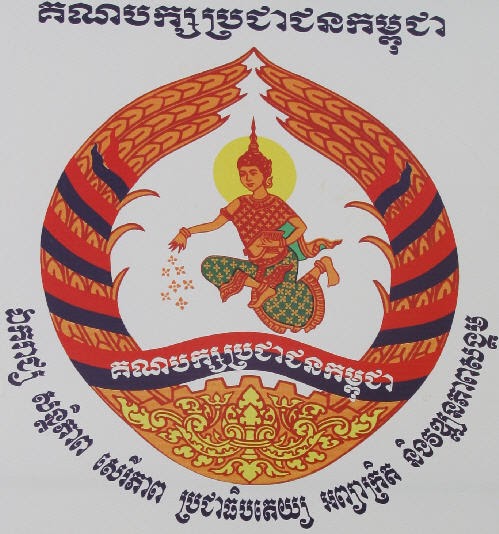