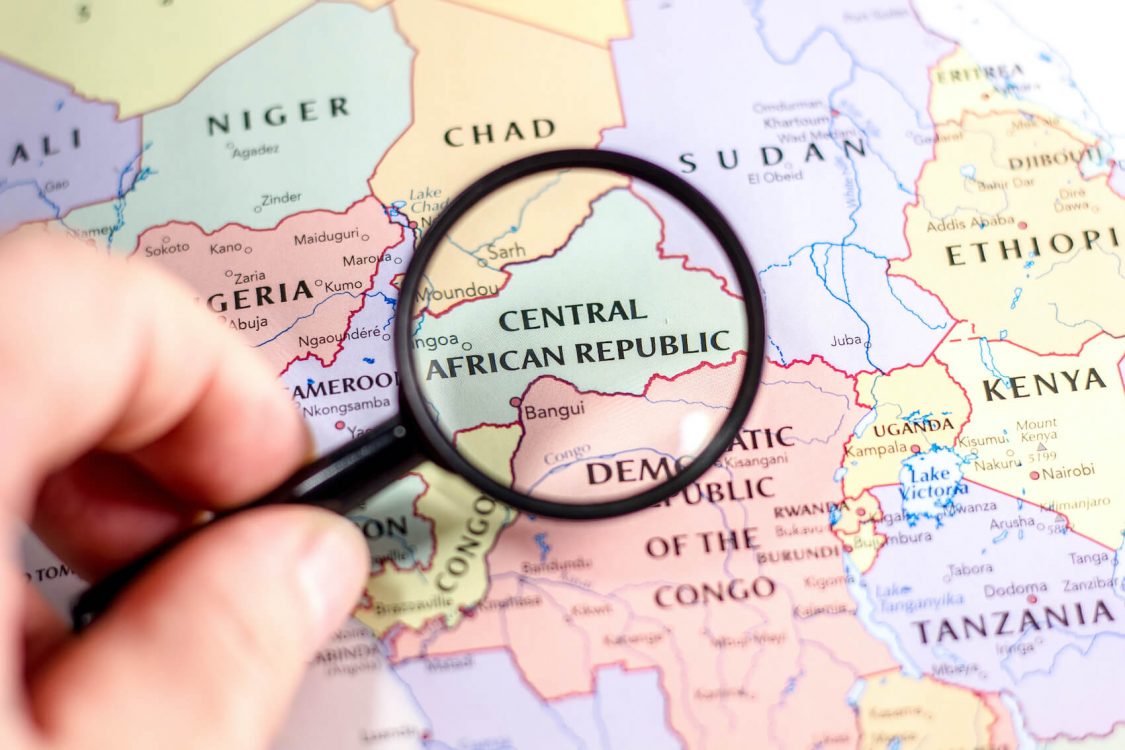 The Central African Republic, under the Dologuélé regime, is virtually a phantom state riven by a bloody war, widespread corruption, lack of institutional capacity, and a political system that favours the ruling elite.

Located in Central Africa, the Central African Republic (CAR) is a landlocked country widely known for its continued volatile, unpredictable, and potentially dangerous security conditions. An ongoing civil war between government forces and armed groups, namely the Séléka coalition and anti-Balaka militias, has turned the country into a virtual failed state and a scene of grave humanitarian disasters (Kłosowicz, 2016). As of 2022, some 3.1 million people are believed to need immediate humanitarian assistance and protection (OCHA, 2021). The country has also suffered from Ebola outbreaks in recent years as well as the COVID-19 pandemic.

The initial French colonization of the region dates to the late 19th century. A dependency in the area called Ubangi-Chari was established by France in 1894 and which was later incorporated into the Federation of French Equatorial Africa in 1910. In 1958, the CAR assumed self-government within French Equatorial Africa, with David Dacko becoming the president from May 1959 until the official declaration of independence in August 1960 (Kalck, 2005). Several years into his presidency, Dacko initiated a set of constitutional changes to set up a highly centralized one-party state, with The Movement for the Social Evolution of Black Africa (MESAN) becoming the only legal party in the country. With MESAN’s monopoly in the political arena, Central Africans were subjected to many shades of populism. As an anti-imperialist party, the MESAN was indeed a populist party that tried to appeal to the disadvantaged black majority by “promoting political, economic and social evolution of black Africa, and breaking down the barriers of tribalism and racism, replacing the degrading notion of colonial subordination with the more human ones of fraternity and cooperation” (Books Llc, 2010). Dacko’s authoritarian regime was based on a populist Pan-African agenda heavily inflected by anti-colonial and anti-imperialist rhetoric.

The Dacko regime was overthrown by Jean-Bedel Bokassa in a coup d’état in 1965, when Bokassa declared himself president (and later emperor) of the Central African Republic for life. His personal rule, until his ousting in 1979, produced epic crimes against humanity, which, many believe, exceeded the crimes of even the worst 20th century dictators. Among the accusations directed at him were cannibalism and feeding his opponents to animals (Smith, 2010). Although Dacko ousted the Bokassa regime in a coup backed by the French in 1979, he was soon deposed again by the military in yet another coup d’état led by General André Kolingba two years later. Becoming the country’s fourth president since independence, Kolingba maintained a relatively stable, though highly centralized and oppressive, regime for the next 12 years.

In the 1993 election, Ange-Felix Patasse beat President Kolingba and former president Dacko, winning some 53 percent of total votes and ending the country’s decades of military rule. He repeated a similar electoral victory in the 1999 election, which was often regarded as a relatively fair and free. He had popular support from the country’s Sara-kaba majority who live in the north-western areas of the CAR. This popular support from the North, in turn, led to him cultivating a populist image as the sole representative of the large Northern masses against the Southerner minorities. Throughout his presidency, Patasse prioritized filling government positions with what he called Northerners, leading to corruption through nepotism, political patronage, and clientelism.

After almost 10 years in office, Patasse was removed from power in a 2003 coup d’état led by General François Bozizé, who then assumed the presidency in a transitional government. Two years later, Bozizé was declared the winner of the 2005 presidential election amid alleged claims of fraud and irregularities. He repeated a similar electoral success in the 2011 election, winning 64 percent of total votes. The Bozizé presidency was characterized by two civil wars—The Central African Republic Bush War (2004-2007) and The Central African Republic Civil War (2012-ongoing), during which thousands of civilians died, and nearly 1 million others were displaced (Baptiste, 2014). In 2013, President Bozizé fled the country, seeking political asylum in Benin (News24, 2013). Following a series of short-lived interim governments, Faustin-Archange Touadéra won the 2015-16 presidential election with some 62 percent of total votes. In 2020, he repeated a similar victory with 54 percent of total votes against Anicet-Georges Dologuélé of The Union for Central African Renewal.

Today, under the Dologuélé regime, the CAR is virtually a phantom state, riven by a bloody civil war, widespread corruption, lack of institutional capacity as well as a political system that favours the ruling elite (International Crisis Group, 2007). Akin to his predecessors, Dologuélé’s rule is widely characterized by armed civil unrest and violence. He has not put forth any palpable populist economic or social programs to promote the interests of common citizens. Most immediate issues like extreme poverty, homelessness, and unemployment have gone unaddressed. Following the withdrawal of the US and French forces in 2017, he opened up the country to Russian influence in exchange for political and military support to maintain security in major cities (Atlantic Council, 2020).

The UN’s Human Development Index ranks the CAR 188 out of 189 countries. Similarly, in terms of civil liberties, CAR is considered a not-free country (Freedom House, 2021). Elections are often overshadowed by ongoing violence in the country. The country’s lack of institutional capacity leaves the CAR wide open to rampant corruption as well as malpractice even at the highest levels of the government. In addition to the poor record of political rights, the country also scores relatively poorly in many categories such as personal freedom, same-sex relationships, and religious liberties. Although the country is endowed with rich natural resources, some 71 percent of the population live on less than $1.90 a day (The World Bank, 2021).

— (2021). “The World Bank in Central African Republic.” The World Bank.https://www.worldbank.org/en/country/centralafricanrepublic/overview#1 (accessed on December 30, 2021).

Movement for the Liberation of the Central African People, MLPC 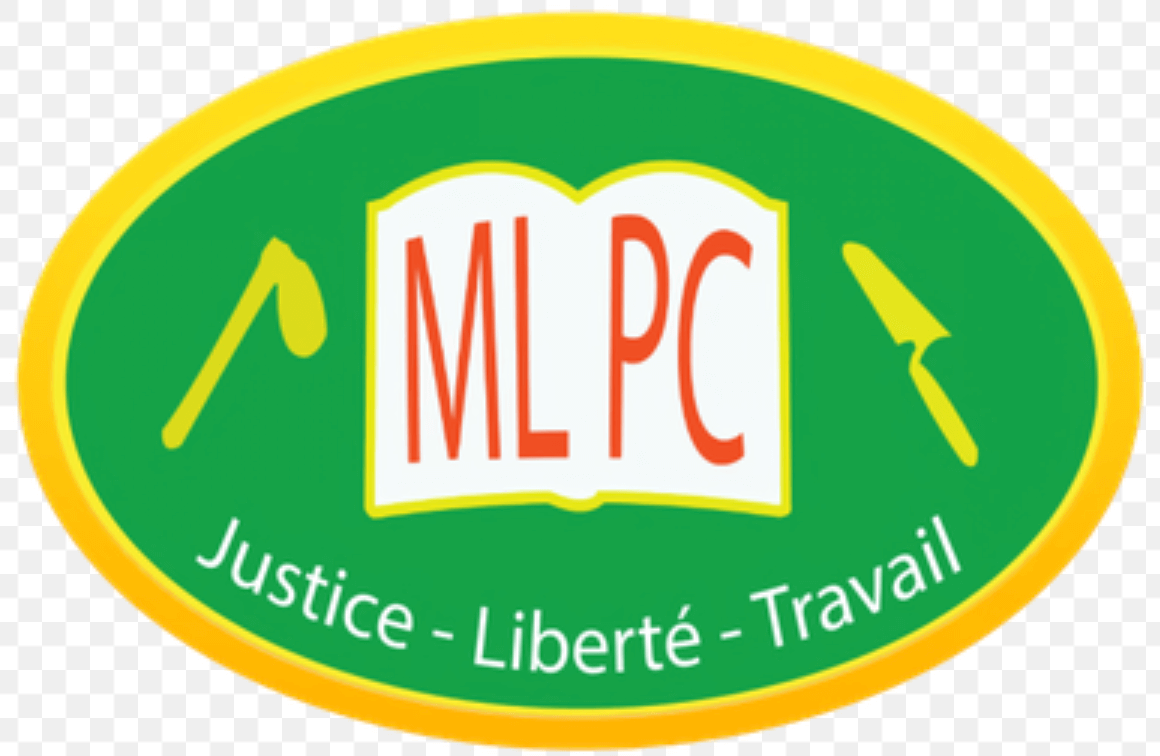