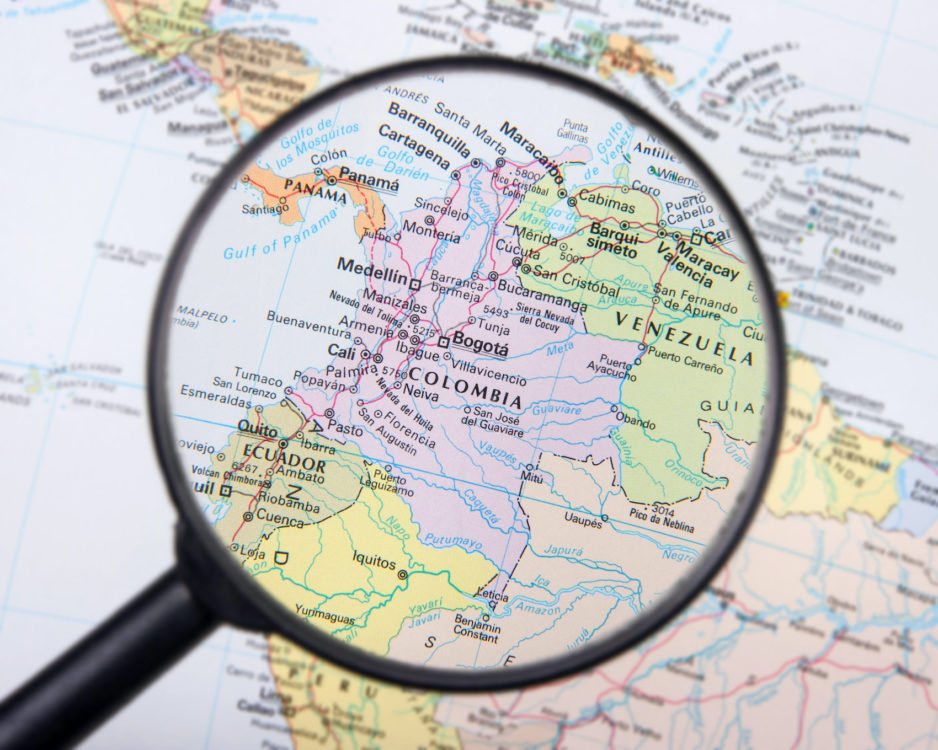 Unlike elsewhere in Latin America, Colombia, perhaps surprisingly, has long kept populism at arm’s length. Since drug lord Pablo Escobar’s short-lived challenge to the establishment in the 1980s, Colombia’s political system has mainly remained under the hegemony of the Liberals or the Conservatives. As of 2020, President Iván Duque Márquez’s cabinet choices, open and welcoming immigration policies, alleged austerity plans, and deal with the International Monetary Fund (IMF) and the United States all indicate that he is not following a classic populist playbook, which would call for protectionism, nationalism, increased infrastructure building, and capital controls.

Located in the southern half of South America, Colombia, officially the Republic of Colombia, is the third-most populous Spanish-speaking country in the world and is one of the longest-standing democracies in Latin America. Unlike anywhere else in the region, Colombia, perhaps surprisingly, has kept populism at arm’s length for decades. Colombian populists have neither managed to obtain a significant representation in Congress nor nominated a candidate capable of winning presidential elections – so far. Over the course of the last decades, many have attributed the lack of populism in the country to the relatively stable two-party system and on wide-spread “clientele” networks (Dugas, 1120). This is not to deny that Colombia has been home to several political actors associated with populism. In fact, the country’s first interaction with populist politics dates back to the late-1920s, when Jorge Eliecer Gaitan, a Colombian politician who had held different positions and cabinet posts from 1928 until his assassination in 1948, effectuated a liberal populist movement known as Gaitanismo (Green, 1996).

Gaitan first came to public attention in the country when he stood up for the banana workers of the Atlantic Coast region who were killed by the army during a strike against an American corporation that traded in tropical fruit grown in the country. Gaitan later assumed the leadership of the Union Nacional Izquierdista Revolucionaria (UNIR) for two years between 1933 and 1935. During this time, he embarked on a challenge of mobilizing poor peasants working at the coffee haciendas (Dix 1978, 336). These efforts helped him gain significant support from the rural parts of the country, banana-growing regions in particular.

The Gaitanismo was often considered populist: it set out to challenge the established two-party regime and oligarchic control of government (Green, 2003). Throughout his political career, Gaitan heavily used the rhetoric of the “pueblo against the oligarchy.” He often directly appealed to marginalized Colombians with populist rhetoric, including pledges to seek overarching remedies for the poor and the working class. Among his promises were the introduction of progressive tax reforms, wide-scale nationalizations, efficient redistribution of wealth, a boost in social services for ordinary people, and government support for agricultural development. The Gaitanismo’s program was therefore dominated by socialist ideas and plans to dismiss the political and economic monopoly of the country’s elite.

When he became the mayor of Bogotá in mid-1936, Gaitan set out to implement a series of reforms to improve the city’s broken health, education, and housing services. Although his reforms failed to yield intended results due to political pressure and his short-lived mayorship, they paved the way for him to make his name as a politician who sided with the people. In 1940, Gaitan became the Minister of Education. During his time in office, he implemented a nation-wide literacy campaign. In 1947, Gaitan assumed the leadership of the Colombian Liberal Party. He was then projected as the most significant presidential candidate for the 1950 elections. While it was clear that he would likely win the election against the Conservative Party candidate, he never had the chance to compete: he was assassinated on April 9, 1948. His assassination threw Colombia into chaos, giving rise to great violence between conservatives and liberals as well as Communist guerrillas.

The second populist wave came to Colombia when Gustavo Rojas Pinilla, an army general, carried out a peaceful coup d’état against President Laureano Gómez Castro in 1953. A year later, he was officially appointed – without an election – as president by The National Assembly. During his time in the office, which lasted until 1957, Rojas implemented a set of reforms that included the introduction of the right of vote for women, construction of public hospitals in major cities, and the establishment of several universities. In order to pursue his political goals, Rojas maintained heavy populist propaganda through a national radio station that he established. His radio broadcasts were designed to appeal to ordinary citizens and thus heavily featured religious and nationalist content. In 1961, Rojas established The National Popular Alliance or ANAPO. In 1970, he ran for president under the name of his party and controversially lost to Misael Pastrana Borrero by a narrow margin. His election campaign was heavily dominated by populist pledges and thus the support for him mostly came from the lower and lower-middle classes (Dix, 335-336). With his defeat in the presidential election, however, ANAPO entered into a process of decline.

From the late 1970s on, Colombians faced a different, unusual type of populism. This time it came not from politics, but from the world’s most notorious drug lord, Pablo Emilio Escobar Gaviria. Thanks to a cocaine empire that netted him an estimated net worth of $20 billion by the mid-1980s (Macias, 2017), Escobar set out to invest large sums of his fortune in charitable public works, including the construction of houses, public schools, and sports fields for the poor in Medellin, Colombia’s second-largest city (Bowley, 2013). Additionally, throughout the 1980s, he often handed out thousands of dollars in cash to hundreds of people in need in the city.

Coming from a poor family in a village outside Medellín, Escobar used his background wisely while constructing a “man of the poor for the poor” image in an effort to launch a political career in the 1980s. He eventually managed to create a positive public image as a family man and a billionaire philanthropist. In 1982, he gained a seat in congress. A year later, however, he was expelled due to his connections to drug trafficking. With the end of his short-lived political career in September 1983, his populism – always a front that he hoped would allow him to achieve greater political ambitions, including becoming president – collapsed for good.

In a surprise to no one, Escobar’s story eventually ended tragically. After terrorizing Colombia with a wave of bombings and assassinations for at least a decade, he was killed by Colombian armed forces on a rooftop in Medellin in 1993. Today, therefore, it is only natural that he is among the most hated men in the country’s history – with one notable exception. Many of his fellow Medellians still celebrate him as Colombia’s “Robin Hood.” His funeral was attended by hundreds of thousands (Broke, 1993), making it comparable with the funerals of Hugo Chavez and Evita Peron in terms of attendance numbers (Lansberg-Rodriguez, 2015). Medellians still often express their gratitude to Escobar at every chance they get via the press. Maria Ines Suarez, a 68-year old Medellin local, is one of them: “I shared a one-room shack with my five children. We washed in a well and used candles for light. We rummaged through garbage for food.” But she now lives in a “comfortable” house in a neighborhood constructed by Escobar (Tarvainen, 2017).

Since Escobar’s anti-establishment challenge in the 1980s, Colombia’s political system has mainly remained under the hegemony of the Liberals or the Conservatives. As of 2020, the country has a right-wing Conservative president who is looking to amend the peace treaty that ended the country’s 50-year-old guerrilla war. Since his entrance to office in 2018, President Iván Duque Márquez has repeatedly shown authoritarian tendencies, such as the use of excessive force against thousands of anti-austerity and anti-corruption protestors in 2019 (Human Rights Watch, 2020).

However, his cabinet choices, economic policies, alleged austerity plans, and deal with the International Monetary Fund (IMF) and the US all indicate that President Duque is not following the classic populist playbook, which would call for protectionism, nationalism, and increased infrastructure building and capital controls. Although it is too early to estimate Duque’s limits, currently deteriorating economic conditions might soon force his hand to employ a more personalist, and possibly an authoritarian, leadership style, which would probably leave behind a trail of well-documented cases of abuse of power and corruption at high levels. As of yet, his future remains uncertain.

Today, perhaps the only significant politician who could be considered a populist in Colombia is no one other than Gustavo Petro. An ex-guerrilla member and the 2018 presidential candidate who previously served as mayor of Bogotá, Petro secured over eight million votes in the presidential election. Although he lost to Duque, he made a name as the strongest left-wing presidential candidate in the country’s history. During his mayorship in Bogota, Petro introduced a set of populist social programs to appeal to the disadvantaged segments of society. He is in favor of universal and free health care as well as public education (Peñaranda, 2019). Perhaps unsurprisingly, therefore, his public appearances are heavily dominated by anti-establishment and pro-ordinary-people rhetoric. Petro has already announced his intention to run for president again in 2022.

In terms of civil and political liberties, Colombia is a partly free country (Freedom House, 2020). As one of the longest-standing democracies in the region, political liberties are somewhat respected and Colombian voters enjoy regular and competitive multiparty elections. It should be noted, however, that voting fraud, illicit funding, and outright bribery have always been rampant at all levels in the country. Violence and human rights abuses by both state and non-state actors are among the major problems. That being said, with the end of the decades-long armed conflict between the Revolutionary Armed Forces of Colombia (FARC) and the government through a 2016 peace accord, violence has declined in recent years (Freedom House, 2020). Despite this, Colombia has by far the highest average annual homicide rate in the world. Same-sex sexual activity in Colombia has not been illegal since 1981. Since then, the country’s top court has announced several rulings to grant same-sex couples social security and property rights (International Lesbian, Gay, Bisexual, Trans and Intersex Association, 1996). Colombia today remains one of the most culturally liberal and LGBTQ+ friendly countries in Latin America.

Geographic Location: Northern South America, bordering the Caribbean Sea, between Panama to the north and Venezuela to the east, and bordering the North Pacific Ocean on the west, with Ecuador, Peru, and Brazil to the south 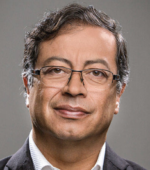 Position: Member of the Colombia Senate, Leader of the Progressive Movement 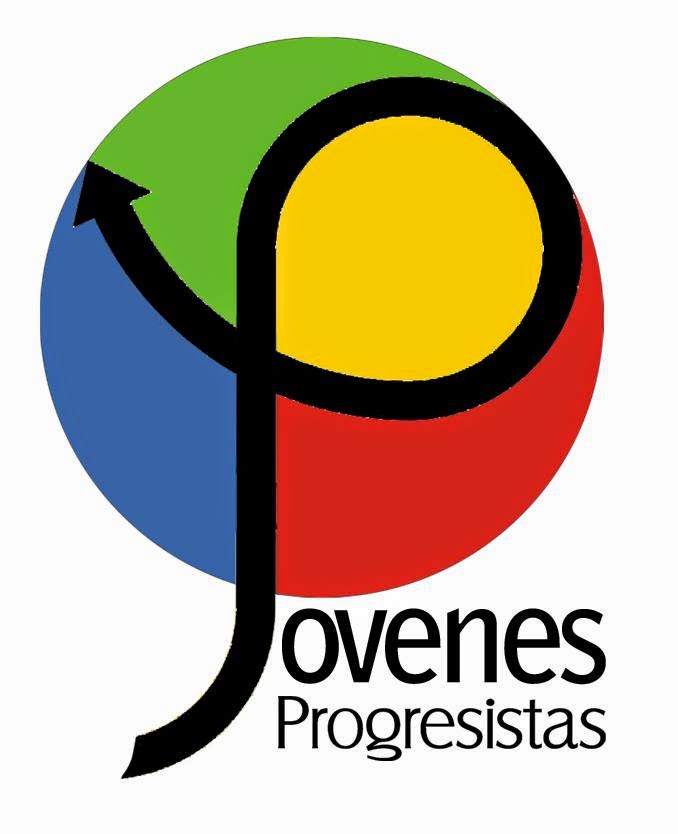