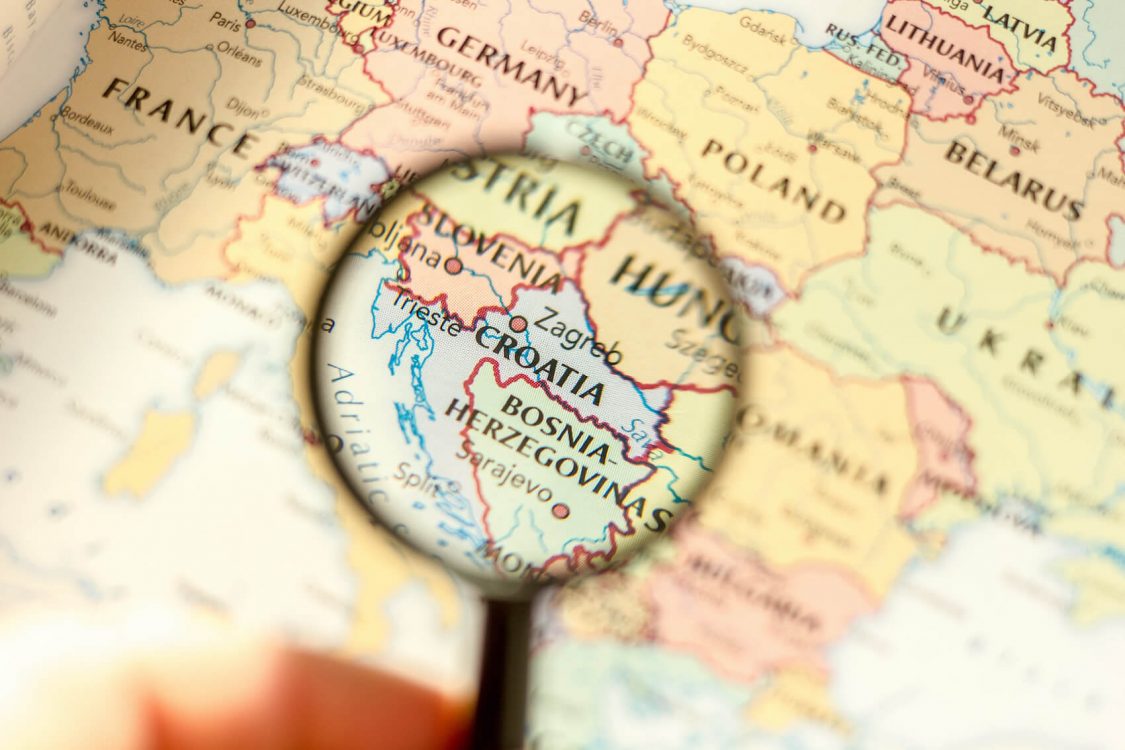 Throughout the short history of the democratic republic, Croatia, unlike its neighbours—Hungary and Serbia in particular—has been relatively immune to the advances of right-wing nationalist, populist political organizations. This has been in part the result of the ruling HDZ’s flexibility in adapting to the demands of right-wing voters.

Located at the crossroads of Central and South-eastern Europe, Croatia, officially the Republic of Croatia, is a parliamentary republic and a member of the European Union (EU) since 2013. Throughout the 19th and 20th centuries, Croatia was part of the Austro-Hungarian Empire or the Dual Monarchy (1867–1918); the Kingdom of Yugoslavia (1918–1941); the Independent State of Croatia (1941–1945); and the Socialist Federal Republic of Yugoslavia (1945–1991).

With the declaration of independence in 1991, the country slid into a high-intensity conflict against the Yugoslav People’s Army (JNA) and various Serb paramilitary groups. The conflict lasted until 1995 and killed an estimated 22,000 people (Bjelajac & Žunec, 2009). Despite a short history as a democratic republic, Croatia, unlike its neighbours—Hungary and Serbia in particular—has been relatively immune to the advances of right-wing nationalist and populist political organizations. This has been in part the result of the ruling Croatian Democratic Union’s (HDZ) flexibility in adapting to the demands of right-wing voters (Obucina, 2012). That said, there are still a considerable number of populist parties and politicians active in Croatian politics.

Today, there are at least six populist parties in Croatia.[1] None of these parties, however, has managed to unlock a viable space in the mainstream politics or been able to erode trust in traditional institutions and authorities. The Homeland Movement (Domovinski pokret, DP) is the only populist party that has achieved considerable electoral success. Founded in February 2020 by Miroslav Škoro—a singer, former HDZ deputy, and presidential candidate in 2019— the DP ran in the 2020 parliamentary elections as part of a coalition with several other minor right-wing parties; the coalition secured almost eleven percent of total votes and won 16 seats in parliament.

Today, the DP stands out as a staunch representative of Croatian nationalism, Euroscepticism, and racism against the ethnic Serbs in the country. Among the party officials are former HDZ Culture Minister Zlatko Hasanbegovic and far-right MEP Ruza Tomasic, both of whom are known for their sympathy for the fascist, ultranationalist Ustaša, a movement that is responsible for the murder of hundreds of thousands of ethnic minorities and regime dissidents in Yugoslavia between 1929 and 1945 (BBC News, 2005). In 2020, the party welcomed the mayor of Vukovar, Ivan Penava, to its ranks, stirring controversy regarding the future of the Vukovar, a multi-ethnic city located in eastern Croatia and with a considerable Serb population (Vukobratovic, 2020).

The DP’s leader Škoro is also a key figure in Croatian politics. Employing an anti-establishment discourse and polarising politics, he presents the “true people” as hard-working victims of a state run by elites and their interests, Škoro exhibits some of the most significant symptoms of populism, including a promise of unprecedented change. Throughout his campaign in the run up to the 2019 presidential election, he capitalized on the so-called broken political system in the country while creating a “man-of-the-people” image that sought to gather all those seeking change:

“I am a self-made man of the people and arguably I am part of the elite when it comes to contemporary pop music. […] When I saw that the system did not allow for changes, I returned my mandate. I did not want to be a parasite living off the taxpayer’s money. I consider such practice shameful and that’s why I want to change the election system” (N1, 2019).

Škoro also often makes headlines with his anti-immigration rhetoric and his sympathy for several Croatian paramilitary leaders who have been convicted of war crimes, such as Tomislav Mercep and Slobodan Praljak (Doehler, 2020). During one of his campaign speeches, he said the military had to be deployed to the border with Bosnia and Herzegovina in order to prevent illegal immigration: “We want to be part of the Schengen area and we have our own law on the movement of foreigners. We need to know who comes into the country. […] the police obviously have neither enough personnel nor resources for that job” (HINA, 2019).

Another populist party that is worth mentioning is Ivan Vilibor Sinčić’s Human Shield (Živi zid, HS). Founded by Ivan Pernar, an anti-globalist and anti-eviction activist, in 2011, the HS is considered a Eurosceptic, souverainist, and protectionist party. Among the party’s political goals are lowering taxes for low-income people, supporting farmers and agriculture, reforming the judiciary, and providing free health care and education for all Croatians. The party officials also vow to eradicate corruption at all levels of the government and end poverty. Perhaps the most significant pledges that the HS has put forth would be withdrawing from NATO, recognizing the State of Palestine, and reforming Croatia’s relations with the EU.

Despite the many such populist pledges, the Human Shield has so far failed to achieve considerable electoral success. In the 2011 parliamentary elections, the party secured only 0.63 percent of total votes, rising to 4.24% in the 2015 elections. After establishing a coalition with five other minor parties in the 2016 elections—these parties included Let’s Change Croatia, Youth Action, Alphabet of Democracy, HDSS, Međimurje Party—the HS secured 6.23 percent of the total vote and won eight seats in parliament. This brief surge, however, ended when the coalition lost all of its seats while winning only 2.26 percent of total votes in the 2020 elections.

Former President Kolinda Grabar-Kitarović is another notable political figure. While she is not considered a purely populist politician, many believe she exhibited significant symptoms of populism throughout her presidency, especially during the European migrant crisis of 2015 to 2020. Her presidential campaign, in 2015, was designed to appeal to people who supposedly sought a “change” to the traditional established rule. She also employed identity politics and accused the previous president and the government of being “too soft” toward the Serbs (CBC, 2015).

In terms of civil liberties, Croatia is a free country. Croatian people enjoy a vibrant democratic system with regular and competitive multiparty elections, while a recent record of civil liberties and political rights is retained (Freedom House, 2019). The country scores relatively well in many categories such as personal freedom, same-sex relationships, and religious liberties. Same-sex relationships were officially recognized in 2003. Although LGBTQ+ rights have been expanded since, the positive trend was cut short after a successful 2013 referendum that defined marriage solely as a union between a woman and man,. While same-sex marriage is not officially prohibited in the country, the strict constitutional definition of marriage effectively disregards such marriages. In response, however, in 2014, the Croatian parliament passed an act, known as the Life Partnership Act, granting gay couples rights equal to heterosexual married couples—except for full adoption rights. Despite the ups and downs on the issue, ILGA-Europe has announced that Croatia remains one of the most LGBTQ+-friendly countries in the Slavic World (ILGA-Europe, 2018).

When it comes to the issue of freedom of religion, Croatian authorities are generally respect different beliefs and minority religions across the country. It should, however, be noted that while the state has no official religion, the Roman Catholic Church is the only institution that receives financial support from the government. 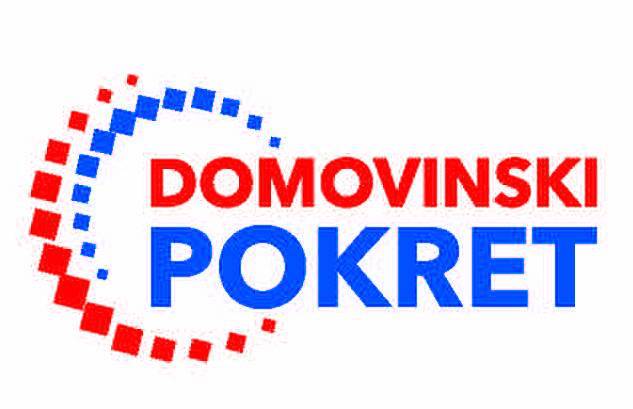 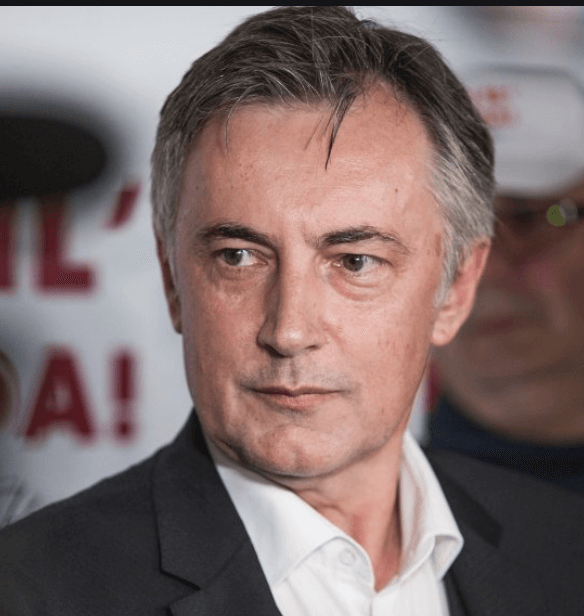 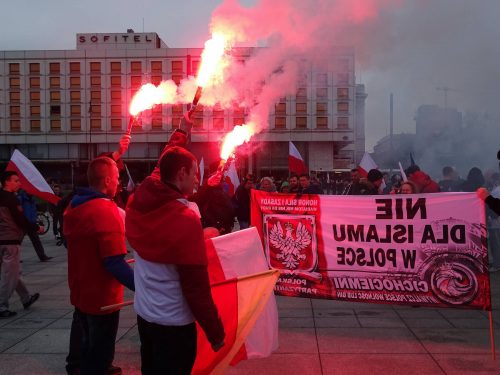