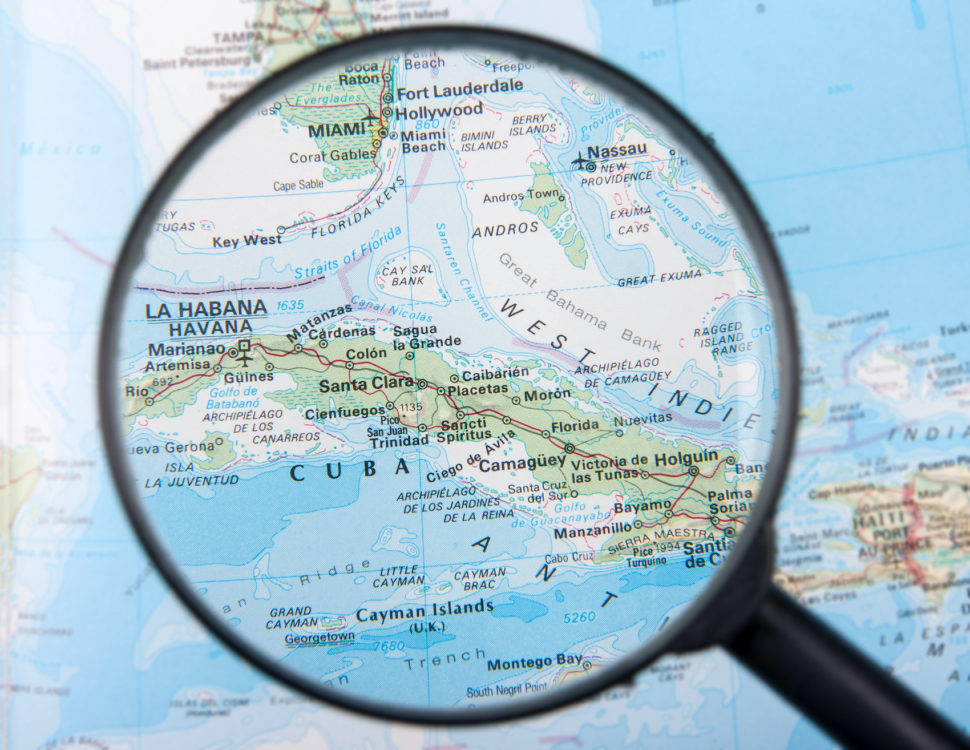 Despite attempts to introduce a set of modest economic and social changes via a constitutional referendum in 2019, Cuba remains a state where political pluralism, independent media, and basic political and civil liberties either do not exist or are heavily suppressed. Many believe that the country is on its way to transition from being a post-totalitarian regime to a full-fledged capitalist state, joining the league of socialist-oriented market economies, such as China and Vietnam.

Located in the northern Caribbean, Cuba, officially the Republic of Cuba is a one-party communist state adherent to the tradition of Marxism/Leninism. The state is led by a centralized regime with an undemocratic character. Although the constitution defines Cuba as a socialist state guided by “the most advanced revolutionary, anti-imperialist, Cuban-Marxist […] as well as the social emancipation ideas of Marx, Engels, and Lenin” (Cuba’s Constitution of 2019), the ruling Communist Party of Cuba (PCC) has long been following a mix of doctrines including Castroism (Mujal-León, Langenbacher, 2008), social conservatism, Guevarism (Löwy, McLaren, 2007), and the ideals of Cuban revolutionist José Martí (López, 2014). Despite attempts to introduce modest economic and social changes with a constitutional referendum in 2019, Cuba remains a state where political pluralism, independent media, and basic political and civil liberties either do not exist or are heavily suppressed.

Although Cubans have not experienced political pluralism since the adoption of the 1976 constitution, populism, as we understand it today, is by no means a new phenomenon for Cuba. Populism in Cuba dates back to the Cuban Revolution of 1933, during which a group of sergeants – in collaboration with an anti-imperialist student organization – carried out a popular coup against President Carlos Manuel de Céspedes y Quesada. This bloodless coup was aimed at undermining the tight grip of the oligarchy over national politics and state institutions. Ramón Grau San Martín’s provisional government, formed after the coup, was heavily dominated by anti-establishment activists, students, lower-rank soldiers, and middle-class intellectuals (Whitney, 2000).

In an effort to secure popular support and legitimacy, the Grau government set out to implement a series of left-leaning progressive reforms that might appeal to the “true people.” Among these reforms were the introduction of a minimum wage for cane cutters, the establishment of the eight-hour workday, the creation of the ministry of labor, prioritizing Cuban citizens’ in agriculture, commerce, and industry, and suffrage for women (Whitney, 2000).

President Grau, however, was forced to resign in January 1934. His resignation was followed by a series of puppet presidents controlled by the chief of the armed forces, Fulgencio Batista y Zaldívar, until he officially assumed the presidency in 1940. Batista held the office until 1944. In March 1952, he returned to power after carrying out a military coup against outgoing President Carlos Prío Socarrás, establishing a military dictatorship with himself as the president, a position he held until he was overthrown in the Cuban revolution in 1959. Batista’s long political career was characterized by the brutal oppression of his opponents, state-sponsored violence, and corruption that reaped a fortune for himself and his associates.

Perhaps unsurprisingly, however, many argue that Batista was a politician who bore many of the significant features of a populist leader. First of all, he was an outsider. He did not have a privileged background. He studied at public schools and got a start in business at a very early age due to his family’s financial difficulties. Before joining the army at the age of 20, he made worked as a mechanic, fruit seller, vendor, and tailor (Radeska, 2017). Second, he was self-confident and a charismatic leader with “great personal charm” (Carbonell, 2009).

Third, he was a Cuban nationalist and in order to secure mass support, he often appealed to the populace through strong speeches dominated by nationalist sentiments. During his first term, he ordered the army to expel hundreds of thousands of Haitian and Jamaican workers from the sugar estates in order to open space for Cuban nationals (Whitney, 2000). Finally, Batista also managed to introduce a popular but somewhat progressive constitution in 1940, which emphasized significant civil rights, substantial rights for workers and women, and universal suffrage and free elections. He, therefore, enjoyed significant support from the civil service and organized labor, as well as the Cuban army and the United States. His second term in office, however, was simply a “disgrace,” many argued, as his authoritarian rule ended civil and political liberties and quashed the country’s hopes and expectations of democracy (Wright, Wylie, 2009, 9).

In July 1953, a group of Cuban revolutionaries led by Fidel Castro and his brother Raúl Castro started a violent rebel campaign against Batista’s military dictatorship. After almost six years of propaganda campaigns, guerrilla warfare, and heavy casualties, Castro, Ché Guevara, Raúl Castro, Camilo Cienfuegos, and their fellow fighters terminated the Batista regime early in January 1959, when they entered Havana to establish a provisional government with Castro as Prime Minister. Needless to say, the revolution yielded unprecedented domestic and international results. In the following months, former Batista officials were persecuted. At least 500 of them were executed on treason charges within less than two months of Castro seizing power. Almost 1500 decrees, laws, and edicts that were passed during the first year of the revolution forced members of the country’s elite to flee Cuba for good (Henken, 2008).

In 1960, the government had a total breakdown of relations with the US and established an alliance with the communist USSR. In May 1960, all the US-related banks in the country were nationalized while immense trade deals with the Soviet government were negotiated. These included the sale of several million tons of sugar and the purchase of oil and grain. The Cuban government also set out to initiate large-scale land reform, nationalizations, and a campaign to control the press to ensure political consolidation. The very first Agrarian law was enacted in May 1959. The law ended land properties and foreign ownership while distributing land to over 100,000 peasants (Paz, 2011, 75).

The second Agrarian reform law came in 1963. It ordered the nationalization of all properties or buildings that were greater than sixty-seven hectares. Over the course of three decades, until the 1990s, the state sector managed to seize ownership of 82 percent of the total lands on the island. The third Agrarian Reform of 1993, however, redistributed a large portion of previously nationalized lands due to shortages, recapitalization, and the lack of an agricultural workforce. Soon after it came into effect, privatizations had reduced state ownership of the lands from 80 percent to 40 percent (Paz, 2011, 75).

Fidel Castro held power for over forty years until he stepped down in 2006 over health problems. His reign was characterized by populist rhetoric and opposition to capitalism, foreign intervention, and US interventionism. Throughout his political career, he often used his personal charm to attract and influence large masses via public speeches and mass rallies (Mazucco, 2013). Many of these were dominated by stories of heroism of people who were killed before and during the Revolution at the hands of Batista’s military dictatorship. The stories of the most-recognized victims of the dictatorship greatly elevated Castro in the eyes of the Cuban people. The stories included the tales of Mario Muñez, a Cuban doctor and the first revolutionary killed by the regime; Marcos Marti, the last revolutionary killed by the regime; and Haydée Santamaria, the first women to join the PCC (Mazucco, 2013).

In July 2006, it was announced that Fidel’s brother, then-Defense Minister Raul Castro, would take over control of the government and the PCC, due to his brother’s deteriorating health condition. Upon taking office, Raul Castro began implementing a set of populist economic reforms to secure popular support. Debts to small farmers were paid, private taxis, restaurants, and other small businesses were encouraged to operate, customs regulations were relaxed, and consultation lines were established to hear from the people (Jamison, 2009).

In 2008, Raul Castro was officially elected president by the National Assembly. For the next 10 years in power, Raul replaced Fidel’s charismatic totalitarianism with equality, consensus, and bureaucratic arrangements, while the heavily centralized economy gradually adopted some limited free-market features. The most striking move came in December 2014, when then-US President Barack Obama and Castro announced attempts to restore diplomatic relations between the two countries. In 2016, Obama paid an official visit to Havana. Initial agreements between the two sides included the lifting of some US travel restrictions for Cuban citizens and the reopening of the US embassy in Havana and the Cuban embassy in Washington. In 2015, the US government announced that Cuba was taken off of the US’ State Sponsors of Terrorism list. Although US President Donald Trump announced that he canceled “the last administration’s completely one-sided deal” with Cuba, he has not implemented any policies to cause any diplomatic crisis between the two countries during his time in office.

When the 86-year-old Raul Castro stepped down from the presidency in 2018, the country’s 57-year-old first vice-president, Miguel Díaz-Canel, was selected as the sole candidate to succeed Castro. In February 2019, Cubans approved a constitutional referendum that maintained the socialist one-party state but introduced several important reforms, including the recognition of private property, as well as the removal of the requirement that marriage must be “between one man and one woman.”

In October 2019, Diaz-Canel officially became the President, a position established after the constitutional reforms. It is often argued that the country is on its way to transitioning from a post-totalitarian regime to full-fledged state capitalism, joining the league of socialist-oriented market economies such as China and Vietnam. Despite the recent moderate progress, Cuba remains a one-party state where political pluralism, independent media, and basic civil and political liberties simply do not exist.

Wright, Robert Anthony and Lana Wylie. (2009). Our Place in the Sun: Canada and Cuba in the Castro Era, University of Toronto Press. 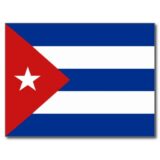 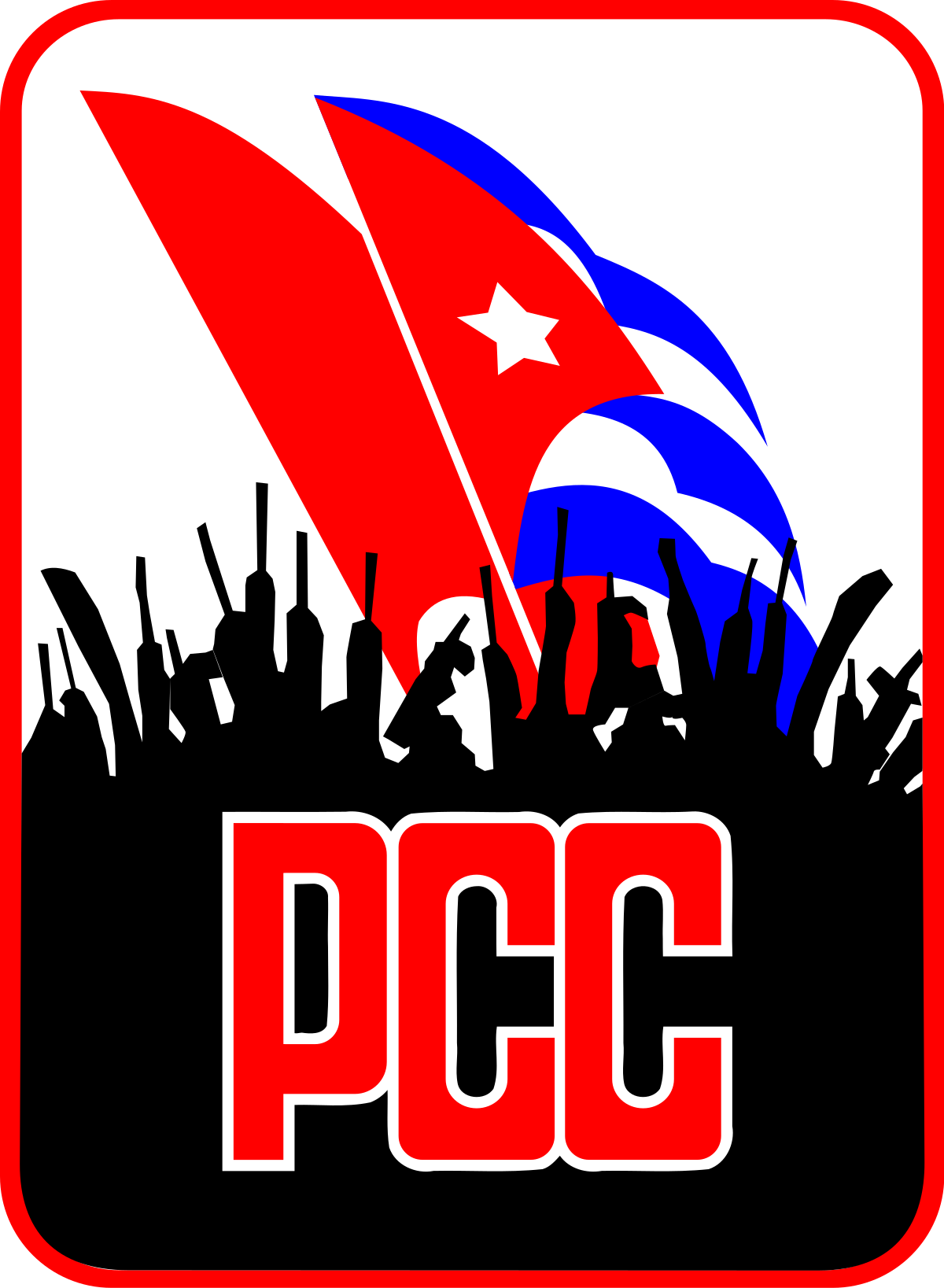