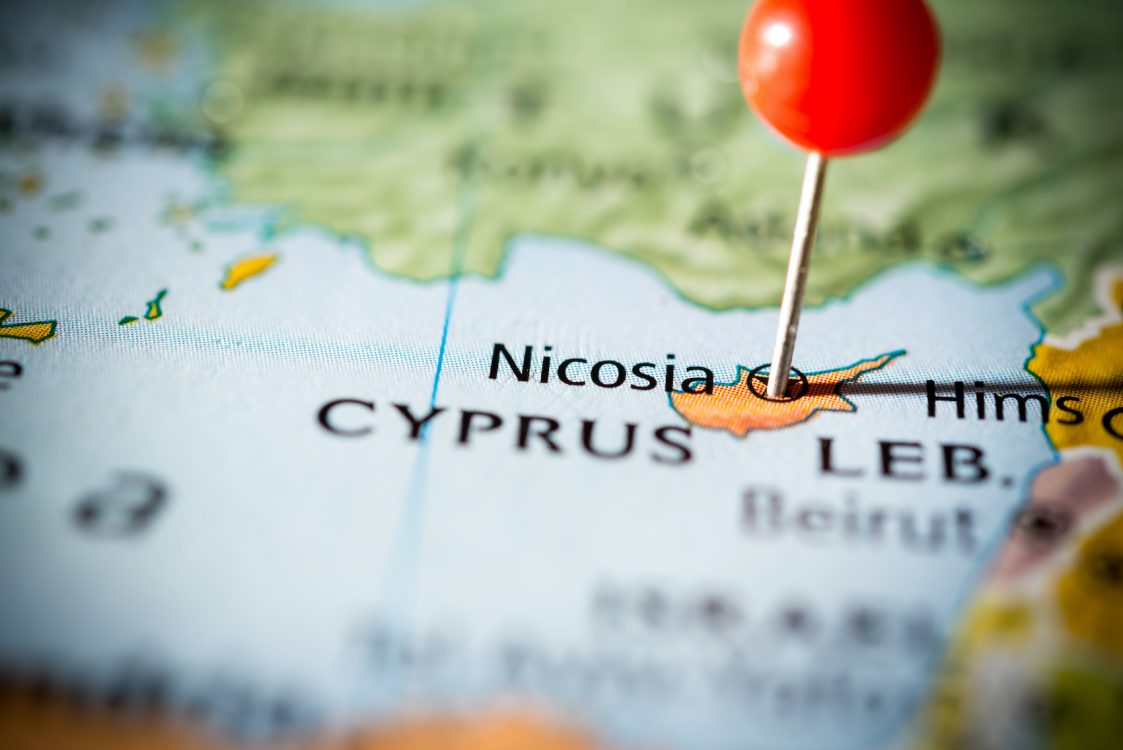 The modern history of Cyprus is defined by a dispute between the Greek and Turkish populations. Each has laid claim to the island nation. The ethnic rift between them has prompted the rise of populism on both sides of the island. With little or no room for resolution, the conflict continues. The Greek Orthodox church and Turkey have played huge roles in the conflict. Since the country’s independence, right-wing parties have used religious and ethnicity-based populism. ELAM has emerged as a full-fledged populist party on this issue. With populist parties gaining influence in Greece, the ripple effect is surely to be felt in Cyprus as well.

Cyprus’s history is rooted in a rich culture that dates back to the Neolithic era. The Mycenaean Greeks first settled the island. Over the centuries, Cyprus’s key location within the Mediterranean has attracted various great civilizations. Even before Alexander the Great conquered the region in the Hellenistic period, Cyprus was a key post in the Assyrian, Egyptian, and Persian empires. Beyond the classical periods, it has also been part of Arab caliphates, the French Lusignan dynasty, and an extension of the city state of Venice. In the aftermath of the Russian-Ottoman wars in1878, Cyprus was leased to the British by the defeated Ottomans.

The events of the 20th century led the British to annex Cyprus. Making it a British territory was in Britain’s best interests during the First World War (WWI): it was a strategic move against the Ottomans forces. Famagusta harbour was the gateway to the Suez Canal, making it a key stop on the route to India, a key British colony.

During WWI, the fate of the island’s population was uncertain. Following the war, Cyprus was formally handed over to the British in the Treaty of Lausanne. In 1925, Cyprus became a British colony. During the Second World War (WWII), several Greek and Turkish Cypriots enlisted in the British Army. A general notion of Enosis (union with Greece) emerged amongst the Greek faction while the Turkish population wished for a unification with the Anatolian mainland. By 1960, the British had left the island. Left in limbo, the Turkish Cypriots claimed the Northern Territory in 1974 (a move that has not been internationally recognized but endorsed only by Turkey), making the situation politically precarious.

Since its independence, Cyprus has seen decent economic growth. The services sector is a main component in this success, of which maritime transportation and tourism are key industries. Cyprus joined the European Union (EU) in 2004. Despite its disputed territorial status, it remains an active member of the Union. It ranks well on individual freedoms, provides its citizens with a variety of public assistance programs, and is not overly corrupt.

The Greek Orthodox church plays a huge role in the island’s politics. The construction of Cypriot identity is rooted in religious conservatism. The Greek Cypriot population has distinguished itself as the “true people” and foreigners are the “others.” Cypriots have been ruled by the “others” — including Catholics, infidel Ottomans, and the British. Thus, the idea of Enosis and Turkish nationalism—along with religious conservatism—have been a core part of politics on the island. While a majority of contemporary parties have used the idea of reunification, their politics has been conservative and right-wing rather than populist. However, with populism taking root in mainland Europe, Cyprus is not immune to it. The country has seen the birth of the ultra-right populist party, Ethniko Laiko Metopo (ELAM – National Popular Front) (Charalambous, 2018).

To understand ELAM, which was founded in 2008, one must explore the narrative of Greek unification and the role of faith. The formation of the Turkish Republic of Northern Cyprus (TRNC) is also a key factor. After WWI, the struggle for unification was propagated by the Greek Cypriot Church. The Church itself was a powerful institution that strongly influenced education and civil society. The church owned monasteries and the surrounding lands. Owning large areas of land and exercising privileged authority over the Greek education system allowed them to build a powerful narrative. The ideology of unification-based nationalism was also espoused by Macedonia, which shared deep cultural and religious connections with the Greek state (Charalambous, 2018).

The National Organisation of Cypriot Fighters (EOKA) insurgency was a material expression of the Greek Cypriot nationalistic struggle. The ideologically nationalist movement, which was active between 1955 and 1959, carried out armed guerrilla attacks on the “others” — mainly the British. This struggle continued until Cyprus was declared an independent state in 1960. EOKA were national heroes. They were celebrated for their martyrdom, for faith and nation, including in a museum built in their honour (Leonidou, 2006).

The main narrative of the new nation was divisive, built on the EOKA ideology. With the British gone, the “others” became Turkish Cypriots. Increased polarization led the Turkish Cypriots to form the Taksim (partition) movement. The Turkish minority increasingly advocated for a division of the island. Slogans such as “partition or death” were widely used throughout the 1950s and 60s in Turkish Cypriot led protests (Kizilyürek, 2003).

After independence, Archbishop Makarios III (Michael Christodoulou Mouskos) became the first President of the Republic of Cyprus, with Dr. Fazıl Kucuk as the Vice President. The Archbishop was a symbol of hope for the Greek population. They saw him as a force that would counter “foreign powers,” such as Turkey, the UK, and the US as well as their “modern” ideas. In opposition to the pro-Enosis ideology, the Taksim movement was endorsed by Kucuk. The tensions between the two factions led Kucuk to resign from office in protest.

The poor institutional systems of the newly de-colonized country allowed for the holy and political leader Makarios to consolidate power through personal popularity and charisma. He became the voice of “the people.” Makarios use clientelism and populist language to bolster his support (Charalambous, 2018). His populism promoted the feelings of religious-based communalism (Charalambous, 2018).

During his term in office the Archbishop was struggling for “liberation” and struggling against “occupation.” Many Turkish Cypriots felt increasingly isolated. Other communities that were effectively “otherized” included the Maronites and Armenians. These groups share the same religion but not the Hellenistic cultural identity of the Greek motherland. Greek Cypriots also saw them as aliens on their land (Charalambous, 2018).

Under these circumstances, Makarios was removed from office by a Greek military-led coup. The army was largely supported by the Greek government. This situation caused enormous anxieties in the Turkish community. Unification with Greece seemed inevitable. Thus, the Turkish Cypriots took the initiative, forming Northern Cyprus in 1974, with support from Turkish armies in mainland Anatolia.

The “Turkish invasion” of 1974 is seen as a “crime” by successive centre-right governments. This has exacerbated the portrayal of Turkish Cypriots as “others.” Over the years, the “others” have extended from Turkish Cypriots to include non-European immigrants, minority groups, atheists, or anyone resisting the idea of the “Greekness” of Cyprus (Papastathis, 2017). Over the years, Turkey has been portrayed as an “expansionist” and “barbaric” state. The Turks are viewed as an imminent threat to the Greek Orthodox Church and Cypriot culture. Populist-nationalism is the norm in the country’s politics.

This anti-elite, supra-nationalist ethos is best embodied by ELAM, a sister group of Greece’s Golden Dawn (GD). Like GD, ELAM harbours ultra-nationalist views. It builds its “nation” on “in-group” divisiveness: it actively targets “others” such as the EU and ethnic-Turkish community. Its rhetorical appeal positions it as a “defender” of the common people who are “threatened” by foreign elements. ELAM is highly Eurosceptic. The party’s outlook is built of the “fear” the Orthodox church feels. They view “ills” such as abortion, gender equality, gender fluidity, same-sex marriage, and other issues as an attack on the “heart” of Orthodox cultural values (Papastathis, 2017). Unification with Greece is a core part of their ideology (Papastathis, 2017). ELAM won two seats in parliament in 2016, when it ran on the slogan “Hellenes of Cyprus.”

Beyond the Turkish and EU issues, increased migration is another concern for the party. They see immigrants and asylum seekers as another “threat.” The country has seen an influx of migrants, and it has struggled to keep up with the necessary processes (Amnesty International, 2020). ELAM believes that “ethnic diversity destroys the unity of a country” (Katsourides, 2019).

The economic situation, even before COVID-19, had problems, such as an increasing income divide. This gave further fodder to populists’ anti-establishment rhetoric. The lack of trust in mainstream institutions—including the government and judiciary—due to corruption has only added to ELAM’s popularity. They are the “underdogs” and a true reflection of “the people.” ELAM has distinguished itself from mainstream right-wing parties, such as DISY, AKEL, and DIKO by its anti-corruption focus and a narrative of moral crisis. The party has cast these other parties as members of the “establishment” and convinced its voters that mainstream parties don’t serve “the people,” but rather are concerned about foreign interests and filling their own pockets (Katsourides, 2019). With Brussels, Ankara, and the establishment as the main enemies, ELAM’s rhetoric portrays the party and its voters as the legitimate voice in the country. Their ideology, imbued with the divinity of faith, is the only uncorrupted ethos. They want to help the common folk through their innocence and ordinariness. They are the voice of the “rightful” citizens of Cyprus (Charalambous, 2018).

The party is yet to gain a majority in parliament or to play a decisive role in politics. Nonetheless, its presence indicates an early trend towards populism. ELAM might be able to attract more voters in the future, as Turkey’s has become increasingly aggressive. The expansionist ideology taking root next door has only served to justify Cyprus’s far-right populists. Furthermore, the growing anti-establishment feelings have deepened as economic pressures mount. The COVID-19 pandemic has hurt the services sector at an un-precedented scale; with Cyprus being highly reliant on the sector, it could well push more voters towards far-right populist parties.

Charalambous, G. (2018). “Constructing ‘The People’ and Its ‘Enemies’ in the Republic of Cyprus: A Country of Populist Frames but not Full-Fledged Populism.” Cyprus Reviews. 30(2). Apr. 18, 2019. http://www.tepsa.eu/constructing-the-people-and-its-enemies-in-the-republic-of-cyprus-a-country-of-populist-frames-but-not-fully-fledged-populism-cyprus-center-for-european-and-i/ (accessed on February 9, 2021).

Religions: Greek Orthodox 78%, Muslim 18%, Others (including Maronite and Armenian Apostolic) 4% 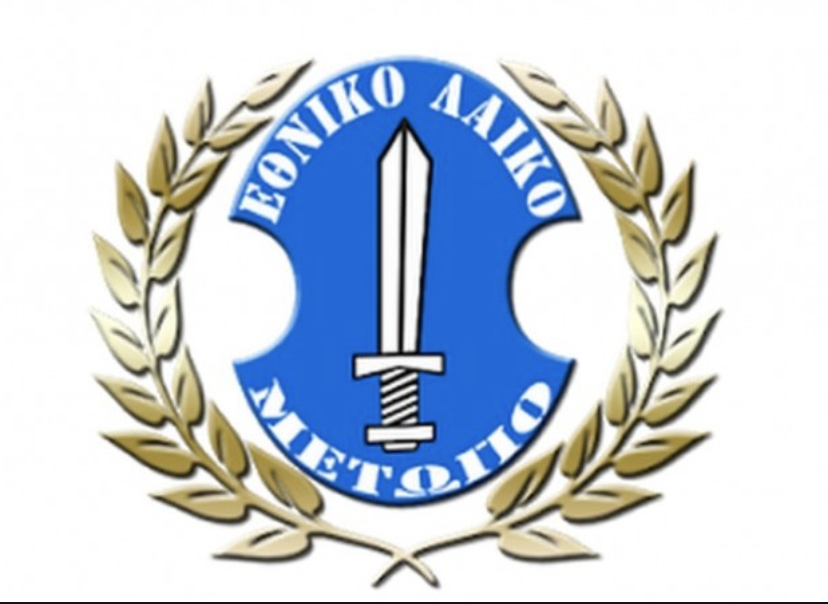 Position: 2/56 seats in the House of Representatives 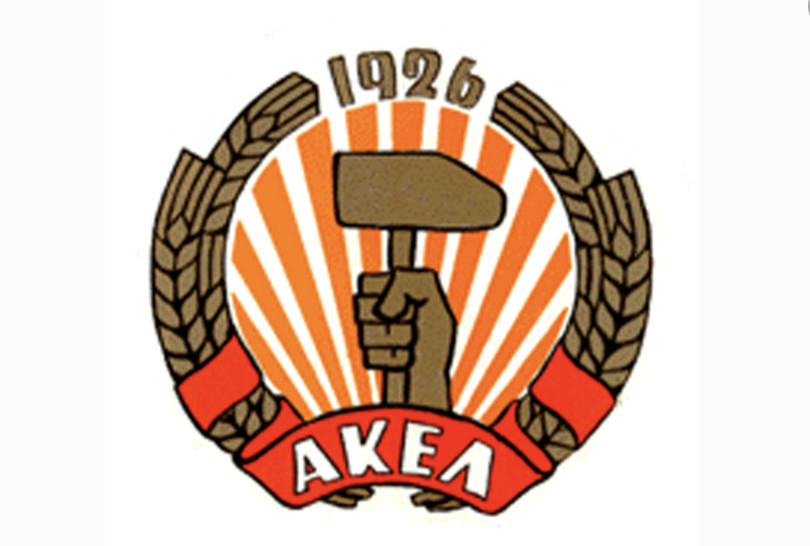 Position: 16/56 seats in the House of Representatives