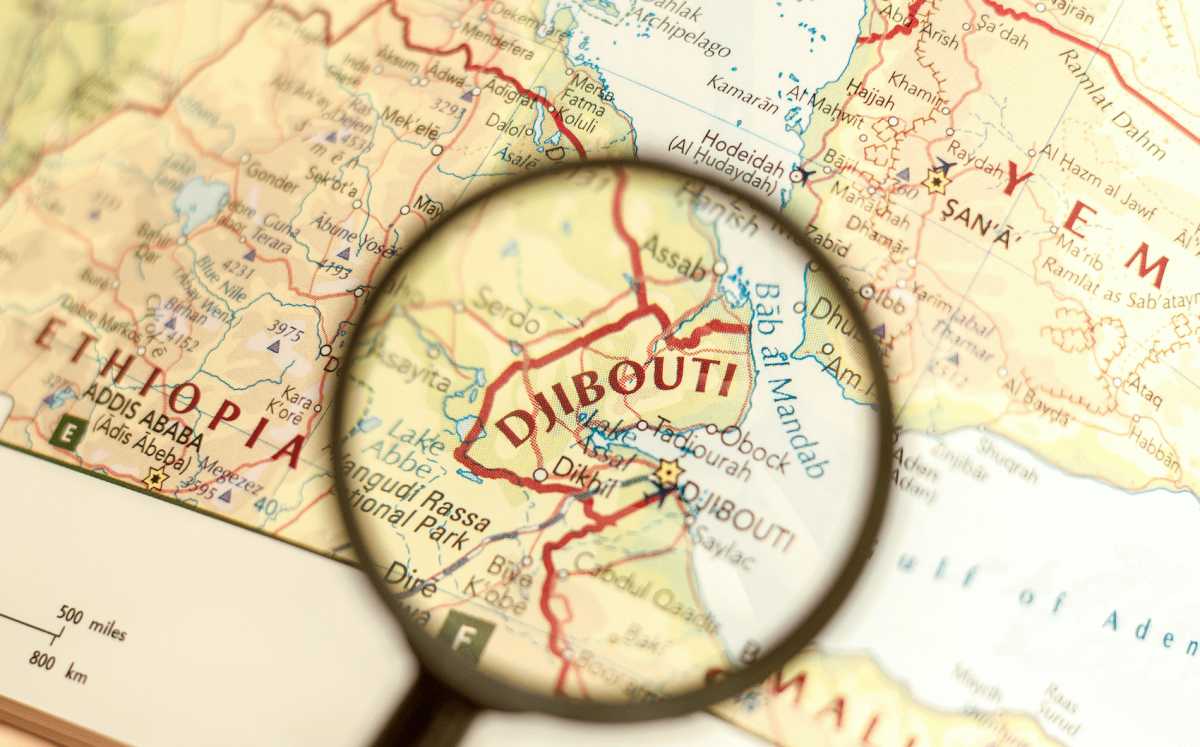 President Omar Guelleh has consolidated his power around members of his clan, Issa, a sub-division of the Dir clan family. He’s entrusted many key positions to these members. It is widely expected that Guelleh’s long-time rule will end with a handover to a trusted, hand-picked candidate chosen from within his inner circle.

Located in the Horn of Africa, Djibouti, officially the Republic of Djibouti, is a one-party presidential authoritarian dictatorship known as one of the region’s most politically stable countries. Since achieving full independence from France in 1977, the Djiboutian people have had only two presidents, Hassan Gouled Aptidon (1977-1999) and Ismaïl Omar Guelleh (1999-present), and one dominant political organization, The People’s Rally for Progress (RPP). Since independence, the country’s parliament has been heavily dominated by candidates from the RPP. In fact, opposition parties didn’t manage to secure a seat in the legislature until the 2013 elections, when the ruling RPP won 55 of 65 seats, while the opposition Union for National Salvation (UNS) secured the remaining 10 seats. Today, Djibouti continues to remain under the absolute domination of the ruling RPP and President Omar Guelleh takes all key decisions and performs most executive functions. Through the county’s police force and military, the president exercises an extreme level of control over civil society, civil rights, and political liberties, including over elections (Freedom House, 2021).

Djibouti’s political stability has failed to catalyse the development of any solid political or economic project; instead, it has mostly led to chaos, including continued volatile, unpredictable, and potentially dangerous security conditions as well as widespread crime, a lack of basic human survival needs such as poor water quality, interruptions to the power grid, and poor road conditions. The country today is widely known for state-sponsored violence, arbitrary detentions, high poverty rates, and a chronic food deficit. The World Bank says more than 23 percent of its population lives in extreme poverty and the country is “totally” dependent on imports to meet its food needs (The World Bank, 2021).

Today the RPP exhibits almost all the symptoms of the Establishment, namely grave corruption, aristocratic primacy, and the ruling elites leading lavish lifestyles. President Omar Guelleh has consolidated his power around members of his clan, Issa, a sub-division of the Dir clan family. He’s entrusted many key positions to these members. His wife, Kadra Mahamoud Haid, acts as the de facto vice-president, and his two daughters, Haibado and Fatouma-Awo, are among the top advisors to the president and are heavily involved in the government’s business activities (Africa Intelligence, 2015).

Similarly, he appointed his son in law, Djama Elmi Okieh, as the Minister of Health. Many others within the family, such as his half-brother, Saad Omar Guelleh, and first cousin, Djama Ali Guelleh, also hold key positions in the government. In April 2010, a constitutional amendment removed presidential term limits, allowing Guelleh to run for another term. Following his self-declared victory in the 2016 election, he told the BBC in a phone interview that, “I didn’t want to, but people forced me […] The youth told me ‘stay, don’t go’” (Dougsiyeh, 2021). Today, Djibouti, in the eyes of the American authorities, “is less a country than a commercial city-state controlled by one man” (Farah, 2021). That being said, Guelleh is not expected to run for another term in the 2026 elections due to the 2010 constitutional amendment which mandates an age limit of 75 for the president.

Needless to say, in terms of civil liberties, Djibouti is considered a not-free country (Freedom House, 2021). The Guelleh regime frequently employs authoritarian tactics, such as cracking down on media and imprisoning opposition voices. Today, underground cells across the country are permanent homes to thousands of political prisoners. Government forces have long shut down all private media outlets and have violently oppressed civil society organizations. While there is no privately-owned media outlet operating in the country, state-owned media outlets are heavily used for propaganda purposes (Reporters Without Borders, 2021). Many credible human rights organizations frequently report the government’s grave role in serious human rights violations: arbitrary arrests and detentions, torture, forced labour, and inhumane conditions in detention; rigid restrictions on freedom of movement and expression; and religious persecution (US Department of State, 2019). In addition to the poor record of political rights, the country also scores relatively poorly in many categories such as personal freedom, same-sex relationships, and religious liberties. In the UN’s Human Development Index, Ethiopia ranks 166 out of 189. Half its population chronically lives below the poverty line.

It should be mentioned that, although extremely weak, there are some revolutionary voices that seek to replace the authoritarian rule of the Establishment with a process of democratic transition. Ahead of the 2021 elections, for instance, a coalition of political parties and civil society organizations, including Mohamed Moussa Aïnaché and his Union of Democratic Djiboutians, issued a Charter for a Democratic Transition, which called for a political process that allows a gradual transition from a dictatorial regime to a democracy. The declaration also called the opposition parties to boycott the elections. Appealing to the support of the large masses, the charter possessed significant populist elements, which said defeat of the current regime was possible only through “peaceful demonstrations, civil disobedience, diplomatic pressure from friendly foreign governments, popular insurrection, and armed struggle.”[1] That being said, however, the Djiboutian opposition is nowhere near large enough to take needed steps for a revolutionary struggle to bring an end to the Establishment. It is widely expected that Guelleh’s long-time rule will end with the election of a trusted, hand-picked successor chosen from within his inner circle.

— (2021). “The Democratic Transition Charter for Djibouti.” The ARDHD.

Geographic Location: Eastern Africa, bordering the Gulf of Aden and the Red Sea, between Eritrea and Somalia

The Front for the Restoration of Unity and Democracy (FRUD) 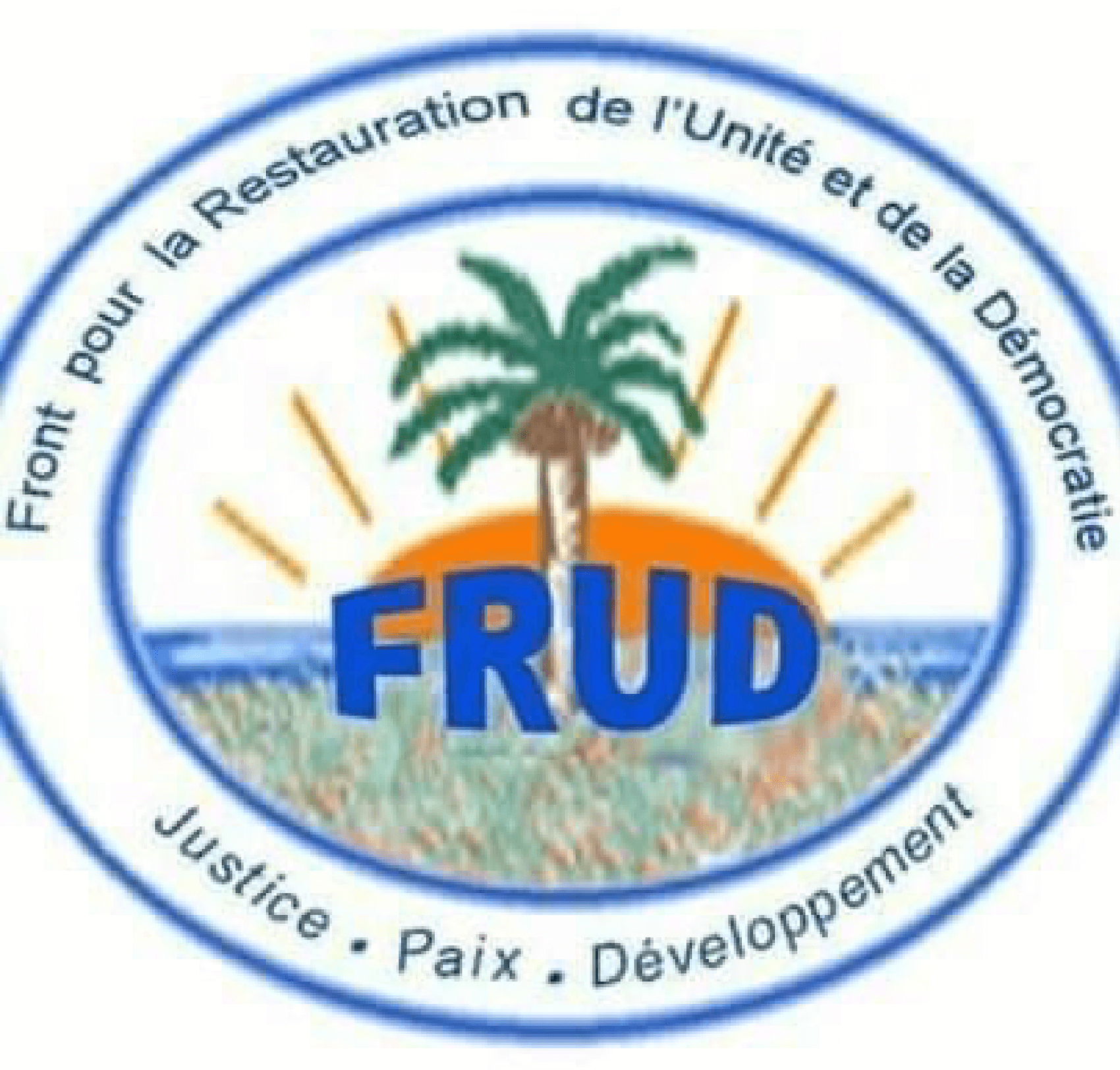