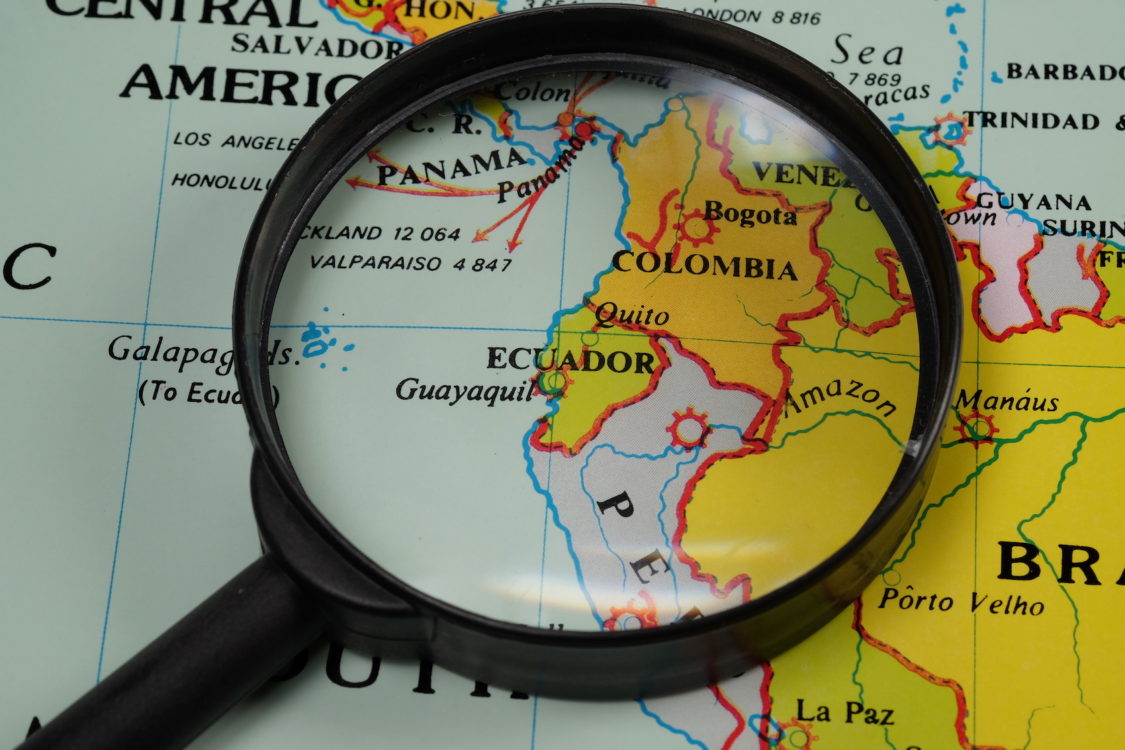 President Lenín Moreno has largely deviated from the authoritarian populism of his predecessor, Rafael Correa, and is following a moderate leftist playbook. Moreno’s time in office has already fixed much of Correa’s authoritarian devastation. It is, however, too early to predict what the post-Moreno future will bring to Ecuador.

Located in north-western South America, Ecuador, officially the Republic of Ecuador, is the smallest but the most geographically diverse of the Andean nations. The country is home to some of the world’s oldest civilizations, some of which still live in isolation, practicing traditional medicine and methods of hunting and worship. Although Ecuador does not often receive much attention and exposure, it is perhaps best known for being home to two famous UNESCO sites, the Galapagos Islands and the old city of Quito.

Ecuadorian populism dates back to the 1930s when José María Velasco Ibarra won some eighty percent of all votes in the 1933 elections. He assumed the office of President in September of the following year, only to be ousted by the military in 1935. He ran for the presidency again in the 1940 election and was defeated by his rival Carlos Arroyo del Río by a small margin. Four years later, on May 28, 1944, a group of military officers backed by a popular coalition composed of students, workers, and peasants initiated “the Glorious May Revolution” to overthrow president Arroyo del Río and to end the liberal hegemony that had prevailed since Eloy Alfaro’s 1895 Liberal Revolution. The revolution was necessarily populist. The military claimed that its framework was provided by the “true people” of the country: “the support of all the people, principally students, workers, and intellectuals rose to put an end to the hateful tyranny of traitors whom we can no longer tolerate” (Blanksten 1951, 45). Indeed, civic strikes and widespread demonstrations were held in the capital Quito and other many cities. These protests and strikes involved the lower classes but also middle-class citizens of the increasingly urbanized population. Following the revolution, the Constituent Assembly named Velasco president without an election. In 1947, however, he, too, was removed from office by the military.

In 1952, Velasco won a presidential election. For the next four years in office, he constructed an image of “the man of the people,” appealing to the urban working and middle classes, while gradually alienating the traditional landowning oligarchs. He brought politics down to the streets. He spent much of his time in the field, visiting both urban and rural regions, getting in touch with locals in person. His public appearances often turned into mass meetings, during which he delivered anti-establishment and anti-corruption messages. In his first two years in office, his administration made major investments in infrastructure to improve Ecuador’s road system, port facilities, and airports as well as other public buildings, including hospitals and schools. Additionally, he introduced significant socioeconomic guarantees and state benefits for the lower classes. These initiatives boosted his popularity among the masses.

Velasco was elected president for the fourth time in 1960 but removed from power in September 1961. In 1968, he again won the election with over 32 percent of all votes, becoming president for the fifth time. Perhaps surprising no one, his term ended again in a bloodless coup in 1972.

Although his presidencies were often cut short by military coups, Velasco managed to remain in power for over thirteen years throughout his career, becoming the longest-serving president in Ecuadorian history. Today, he is considered perhaps the most significant populist politician in the country’s history. His style of politics was dominated by his belief in his capacity to amass public support. Indeed, his charismatic personality, communication skills, self-confidence, and positive body language underpinned his political campaigns for decades. Aware of his skill to captivate people through his eloquence, he once said, “give me a balcony and I will become president” (The Economist, 2006).

The 1960s and 1970s also saw the rise of the populist Concentration of People’s Forces (Concentración de Fuerzas Populares, CFP) and its leader Assad Bucaram. After serving as the mayor of Guayaquil for a year, until 1963, Bucaram was deposed and deported from the country by the military. He returned some three years later and was re-elected as mayor of Guayaquil in 1967. Thanks to his relatively successful and transparent mayorship, his popularity exceeded the boundaries of his city, making him the leading presidential candidate for the 1972 election. Bucaram’s bid for the presidency, however, was derailed by another military coup in February 1972. Although he made several attempts to run for president in the election of 1978-9, the military government prevented his candidacy on the grounds that he was of Lebanese descent (UPI, 1981).

The 1980s saw the brief rise of Abdalá Jaime Bucaram Ortiz to the presidency. Splitting from the aforementioned CFP, Abdalá Bucaram founded his own party in 1983 under the name the Ecuadorian Roldosista Party (Partido Roldosista Ecuatoriano, PRE). He then unsuccessfully ran for president twice in 1988 and 1992. Although his populist campaign eventually won him the presidency in the 1996 election, he was impeached less than a year later due to alleged mental incapacity.

With the 2006 election of Rafael Correa, who ran on an anti‐neoliberal platform, Ecuador entered a new phrase of populist politics. Until Correa’s seizure of power, Ecuador’s political history had mostly been characterized by instability, with presidents have often taken down either via military or congressional coup d’états. Indeed, from the late 1990s to 2006, three elected presidents (Abdalá Bucaram, Jamil Mahuad, and Lucio Gutiérrez) were removed from power. The excuses given ranged from “lack of mental capacity to govern” to “abandoning power.”

Correa’s accession to power in 2007, however, marked the beginning of a long period of stability. From 2007 to 2017, the Correa administration harbored stable economic growth, an unprecedented reduction in poverty, and a simultaneous increase in social spending –including cash benefits, direct in-kind provision of goods and services, and the promotion of health and education (Stuenkel, 2019). Especially during his first term in the office, he implemented significant redistributive policies that benefitted lower-income groups and disadvantaged segments of society. He increased the minimum wage from $170 to $240 a month (De la Torre, 2014). GDP share for social spending rose from 5% in 2006 to 9.85% in 2011 (De la Torre, 2014). As a result, in less than seven years, the poverty rate fell from nearly 38% percent to 25%, according to government officials (Beittel, 2018). By 2016, the poverty rate fell below 23%, the World Bank confirmed (Beittel, 2018).

As a left-wing populist, Correa spoke of himself as an advocate of the ideology known as “Socialism of the 21st century.” He was in favor of economic and political integration among Latin America’s nations while advocating for the region to maintain distance from the United States and the world’s neoliberal institutional system, such as the International Monetary Fund and the World Bank (Kozloff 2009, 55). His administration refused to sign a free trade agreement with Washington on the grounds that it would be “tremendously harmful” to Ecuador (Kozloff 2009, 55). Because he was an ultimate outsider to an Ecuadorian politics dominated by traditional elites, he constructed a populist image of himself as the leader of the “citizens’ revolution” aiming to bring “a radical and rapid change in the existing structures of Ecuadorean society, in order to change the bourgeois state into a truly popular one” (De la Torre 2013, 33). To that end, throughout the initial years of his presidency, he attempted to reorganize the established institutions of the country, including congress and the judiciary. He also strengthened the state’s role in the economy.

Correa’s populism eventually turned authoritarian. His program was aimed at introducing an all-out structural adjustment to the established neo-liberal economic system. To achieve this, he opted to consolidate power by subordinating the legislature and the judiciary to the presidency, subverting checks and balances. Additionally, he launched a war against the country’s privately-owned media. A communication law was enacted in 2013 to form a board that monitored and regulated the press. Correa saw elections as a legitimizing factor for his oppressive policies and a popular means to consolidate his power base.

In 2017, Lenín Moreno, Correa’s former vice president, was elected president. In a surprise to many, however, Moreno has largely deviated from Correa’s authoritarian populism and is mostly following a moderate leftist playbook. In 2018, he won a referendum to introduce term limits, a move that was widely interpreted as a strategy to block Correa from being a candidate in the 2021 elections. Correa declared his former vice present “a traitor” and “imposter” (Tegel, 2018). During Moreno’s presidency, the National Assembly voted to remove the controversial media regulatory body, the Superintendence of Information and Communication (SUPERCOM), and make progressive amendments to the Organic Law on Communications. Moreno also put an end to Ecuador’s alliance with Venezuelan dictator Nicolás Maduro. He said that he would work for the remainder of his presidency to reduce state interference in universities, NGOs, and media institutions, while seeking to restore checks and balances by removing political pressure over the judiciary (Stuenkel, 2019).

Despite these pro-democracy changes, his approval ratings had hit 30 percent by mid-2019. He rightly declared in a televised address in February 2018, that “thanks to the firm decisions I have made, we are not what Venezuela is today. . . . We have recovered democracy” (Stuenkel, 2019). Yet, it is too early to tell what the post-Moreno future will bring to Ecuador.

Tegel, Simeon. (2018). “A referendum in Ecuador is another defeat for South America’s left-wing populists.” The Washington Post. February 5, 2018. https://www.washingtonpost.com/news/worldviews/wp/2018/02/05/a-referendum-in-ecuador -is-another-defeat-for-south-americas-left-wing-populists/ (accessed on October 18, 2020).

Geographic Location: Western South America, bordering the Pacific Ocean at the Equator, between Colombia and Peru 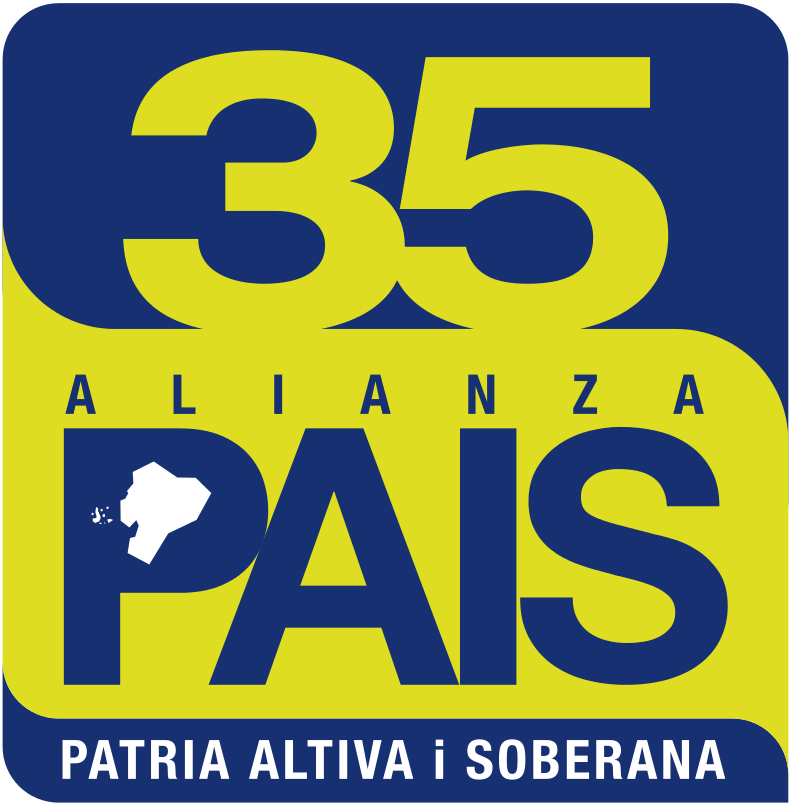 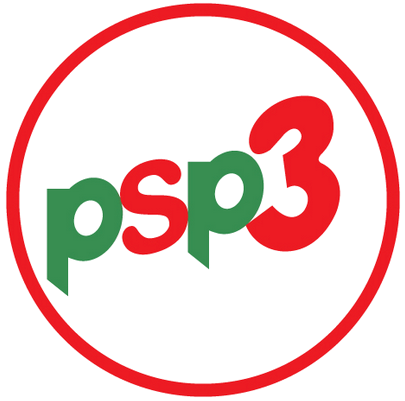