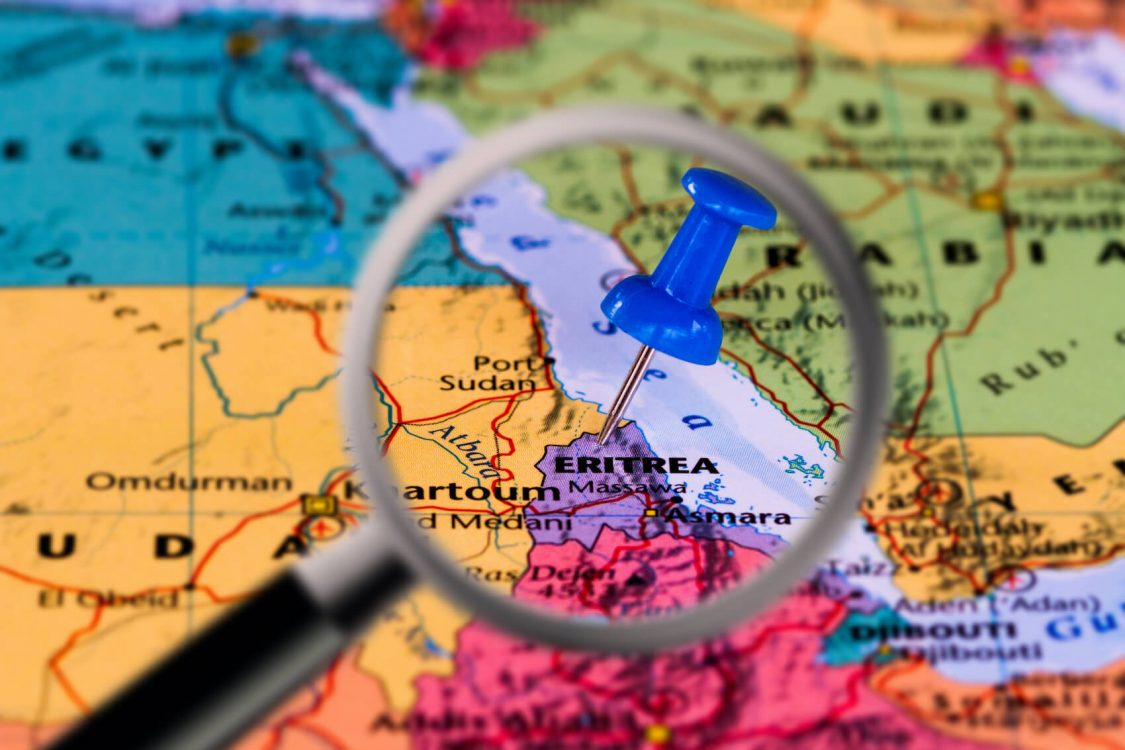 Today the PFDJ exhibits almost all the symptoms of the “establishment,” specifically serious corruption, aristocratic primacy, and ruling elites living lavishly. The PFDJ was, however, once a populist movement with a platform of education, health, and public services for women, workers, and peasants. Its leaders often claimed it was a mass movement, representative of all social classes regardless of wealth, income, or educational attainment. While the PFDJ today operates as a so-called catch-all party, it still exhibits some populist tendencies, including Eritrean nationalism, socialism, and social conservatism.

Located in the Horn of Africa, Eritrea, officially the State of Eritrea, is one of the region’s most politically stable countries. It has a single-party presidential republican system that is, in practice, a totalitarian dictatorship. Since achieving full independence from Ethiopia in 1993, the Eritrean people have been led by one president, Isaias Afwerki, and one legal political party, The People’s Front for Democracy and Justice (PFDJ). Neither a national legislative nor a presidential election has ever been held in the county’s history. This political stability belies continued volatile, unpredictable, and potentially dangerous security conditions as well as widespread crime and a lack of basic human services (including water, power, and transportation). Eritrea, today, is widely known for state-sponsored violence and arbitrary detentions as well as unpredictable and potentially dangerous security conditions (Freedom House).

Throughout the late 19th and early 20th centuries, territories that fall within the borders of modern-day Eritrea suffered under colonial control by European powers. Italians colonized Eritrea dating back to 1890, and their rule lasted about six decades (Negash, 1987). British and Commonwealth troops occupied the country in the early 1940s, during World War II, and had remained in full control until the UN General Assembly voted to make Eritrea a federal component of Ethiopia under the sovereignty of the Ethiopian Crown in 1952. The controversial UN Resolution 390 A (V) and Ethiopia’s subsequent annexation of Eritrea in 1962, eventually triggered the Eritrean insurrection and the Eritrean War of Independence, fought between successive Ethiopian governments and Eritrean independence fighters from September 1, 1961, to May 24, 1991. The Eritrean People’s Liberation Front (EPLF), an armed Marxist–Leninist organization, played a significant role throughout the war. Following independence in 1991, the EPLF transformed into the PFDJ, becoming Eritrea’s only legal political party under the leadership of Isaias Afwerki.

Today the PFDJ exhibits almost all the symptoms of the “establishment,” specifically serious and widespread corruption, aristocratic primacy, and ruling elites living lavishly. The PFDJ was, however, once a populist movement with a platform of education, health, and public services for women, workers, and peasants. Its leaders often claimed it was a mass movement, representative of all social classes regardless of wealth, income, or educational attainment. This was largely because the party was ostensibly guided by a Marxist ideology, which gave it a vision, program, and direction while moulding its members to reflect its goals and objectives and to spread its message (Connell, 2007).

In the aftermath of the independence, EPLF leaders made it clear that they were in favour of progressive reforms, democracy, and human rights, as well as free markets, to a certain extent (Tronvoll & Mekonnen, 2014). They even put this in writing in the National Charter of the PFDJ in 1994, laying out a set of key populist objectives for an independent Eretria (PFDJ National Charter, 1994). The charter pledged to make social and economic progress in the areas of education, technology, and standard of living. It also proposed an inclusive democracy and an equal distribution of wealth, services, and opportunities, especially for the most disadvantaged sections of society (PFDJ National Charter, 1994).

In February 1994, the PFDJ established a transitional National Assembly as a first step to draft a constitution for a multi-party democratic system and to determine the country’s first national elections. In 1997, the first constitution was approved and a date for an election was set. Following these promising progressive reforms, however, Eritrea has instead turned into militarized authoritarian state, with President Afewerki exploiting the border dispute with Ethiopia to keep Eritrea on a permanent war footing (Human Rights Watch, 2009). Afewerki had opted to use authoritarian tactics, such as cracking down on media and imprisoning opposition voices in an attempt to consolidate his hold on power. Today, hundreds of underground cells across Eretria are permanent homes to thousands of political prisoners. Government forces shut down all private media outlets in 2001 and have since violently oppressed civil society organizations. Many credible human rights organizations frequently report the government’s grave role in serious human rights violations, including arbitrary arrests and detentions, torture, forced labour, inhuman conditions in detention, rigid restrictions on freedom of movement and expression, and religious persecution (Human Rights Watch, 2009). Needless to say, in terms of civil liberties, Eritrea is considered a not-free country (Freedom House, 2021).

In addition to the poor record of political rights, the country also scores relatively low in many categories such as personal freedoms, same-sex relationships, and religious liberties. In the UN’s Human Development Index, Eritrea ranks 180 out of 189. Half of its population lives below the poverty line.

It should be briefly mentioned that even though the PFDJ is the only legal party in Eritrea, there are still several political organizations who were deemed “illegal” by the government. Among these are the Eritrean Islamic Salvation Movement or Eritrean Islamic Jihad; the Eritrean People’s Democratic Front; The Eritrean National Salvation Front (ENSF); and The Eritrean Liberation Front (ELF). The leaders and the members of these groups are either in-exile or in prison. Due to its populist nature, the ELF is worthy of a brief mention. Established as the main independence movement in the country during the 1960s and the early 1970s, the ELF is a nationalist, conservative political organization that today operates as a rebel force against the government. 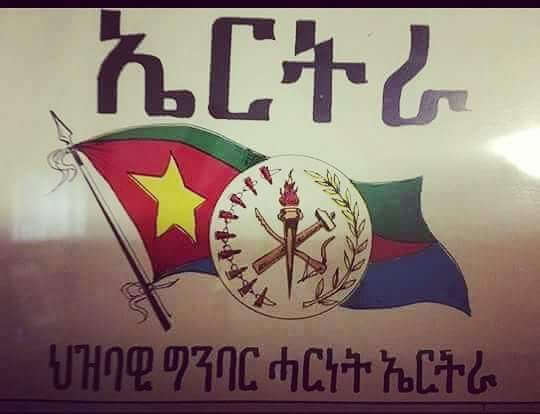 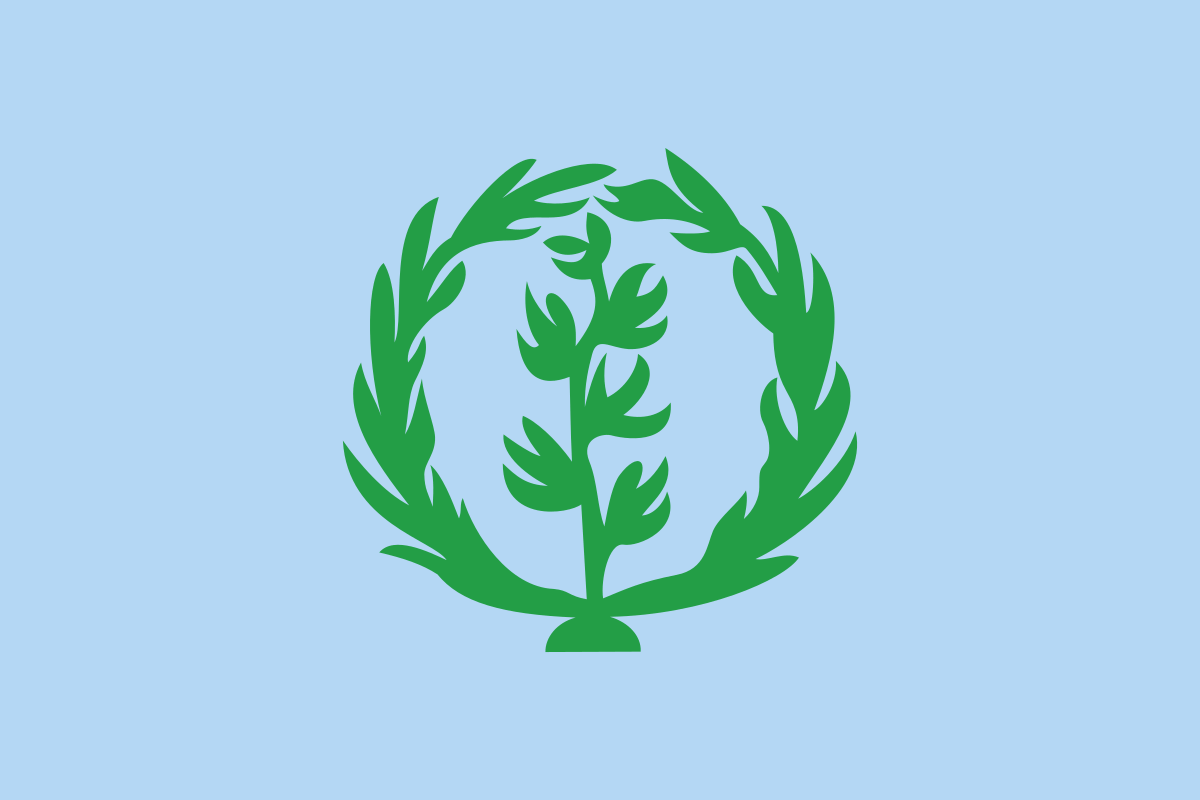