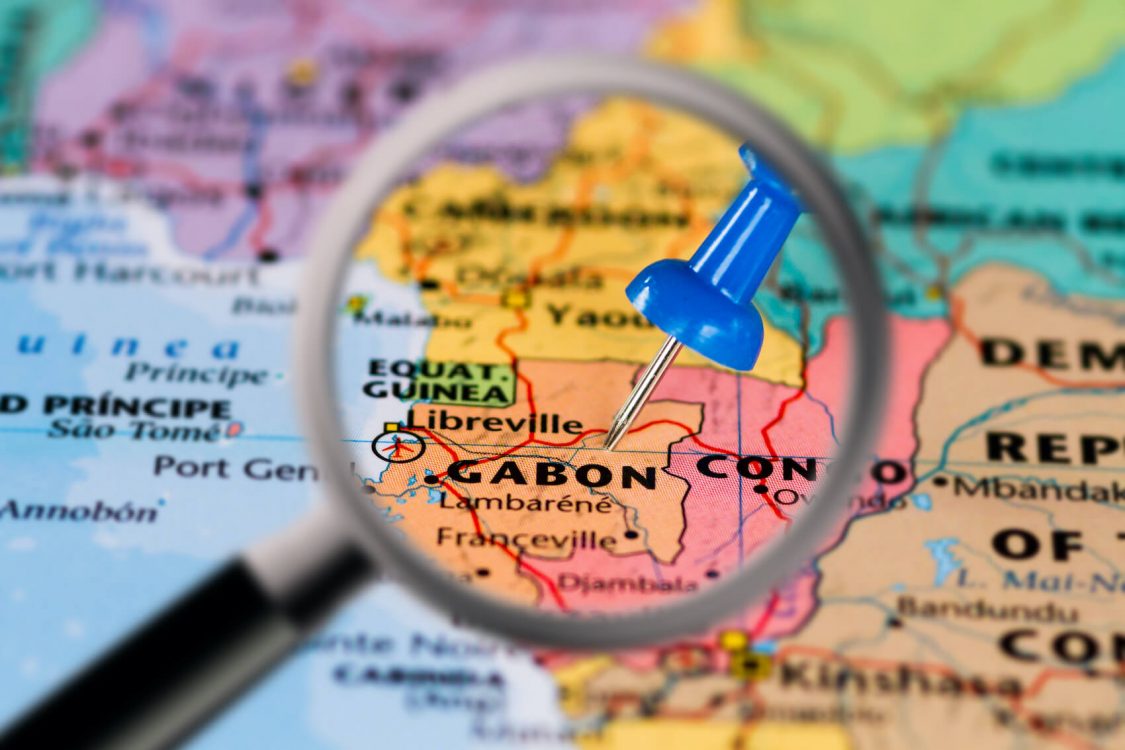 President Ali Bongo is not a classic populist but instead belongs to the so-called establishment and is often labelled as an outsider elite. At a time when a large majority of Gabon’s population lived well below the poverty line, Ali attended a private school in the upmarket Paris suburb of Neuilly—and later studied law at the Sorbonne.

Located on the western coast of Central Africa, Gabon, officially the Gabonese Republic, is a presidential republic known as one of the region’s most politically stable countries. Since achieving independence from France in 1960, Gabon has had only three presidents: Léon M’ba (1960-1967), Omar Bongo Ondimba (1967-2009), and Ali Bongo Ondimba (2009 to present). Despite a degree of political stability, the country is often wracked by volatile, unpredictable, and potentially dangerous security conditions as well as widespread crime, a lack of basic human services such as water, power, and transport.

Following Gabon’s independence in 1960, Léon M’ba was elected the first president with Omar Bongo Ondimba as his vice president. Perhaps unsurprisingly, soon after seizing power, M’ba set out to enact a highly centralized and oppressive regime, which turned state bodies into arms of the party. His government cracked down on the press, banned political demonstrations, and gradually eliminated rival political parties. In accordance with his authoritarian style of politics, M’ba believed that Gabon needed social order as traditionally defined and resented opposition forces and social norms that might challenge his attempt to impose order:

“In believing that with independence everything [will] become easy and possible, there is a danger of descending into anarchy, disorder, poverty, famine” (Biteghe, 1990: 33). From day one, he tried to cultivate a populist cult of personality around himself through propaganda, pictures, posters, effusive patriotism, and government-organized demonstrations and rallies. Throughout his presidency, songs and slogans bearing his name became popular across the country as his pictures were displayed in streets, stores, government buildings, and hotels (Matthews, 1966: 131). Although he was briefly toppled by a military coup d’etat in 1964, he managed to seize power back within days thanks to French intervention (The New York Times, 1964).

M’ba’s death due to cancer, in Paris, in November 1967, marked the beginning of the reign of the world’s longest-ruling non-royal leader, President Omar Bongo Ondimba. From 1967 until his death in 2009, Ondimba and his Gabonese Democratic Party (PDG) ruled over Gabon with an iron fist, controlling the population with tyrannical authority over all aspects of social, political, and work life. In March 1986, the country officially became a one-party state when the PDG was declared only legal party. Throughout his 42-year-long rule, the Bongo regime welcomed France’s continued political and military presence and influence in the country through economic and defence treaties. With the regime allowing Gabon to become a “neo-colonial enclave” even decades after independence, Paris provided economic and political support to the dictatorship (Reed, 1987).

As Bongo and his inner circle became the so-called establishment over the years, he distanced himself from the classic charismatic leader role. Throughout his rule, his regime didn’t put forth any palpable populist economic or social programs to promote the interests of common citizens. Issues like poverty, homelessness, and unemployment went unaddressed. While abundant oil revenues helped sustain the despotic regime, by the time of Bongo’s death in 2009, Gabon’s social indicators like health and living standards were far poorer than many of its African neighbours (Nossiter, 2009). For instance, in 2009, some 45 percent of Gabonese people lived well below the poverty line, while the proportion of undernourished people was 17 percent (Macrotrends, 2009).

Years after his death, the Foreign Policy staff summarized Bongo’s four decade-long rule with the following words: “Fleets of luxury vehicles, crates of expensive Champagne, a $500 million presidential palace, specially designed platform shoes, and dozens of homes in Paris alone: Omar Bongo Ondimba didn’t just rule the oil-rich central African nation of Gabon with an iron fist for more than four decades. He did it in style” (O’Grady, 2016).

Challenged by a populist surge in 1990, Bongo eventually introduced a multi-party political system. However, in the following three national elections—1993, 1998 and 2005—the PDG always won an absolute majority in parliament while Bongo himself remained as president. Needless to say, these elections were marred by low turnout, serious claims of illegal interference, and widespread voter fraud. In 2003, the constitution was amended to repeal term limits, ensuring Bongo’s hold on power for the rest of his life.

Following Bongo’s death in 2009, his son, Ali Bongo Ondimba, ran in presidential elections; he was the announcer winner, with some 41 percent of total votes and became the third president of Gabon. Ali Bongo is by no means a classic populist; rather, he belongs to “The Establishment” and is often labelled an “outsider elite” (BBC News, 2019). He was only eight years old when his father assumed the presidency, ensuring that he grew up in a privileged world. At a time when a large majority of the population lived well below the poverty line, Ali was sent to a private school in the upmarket Paris suburb of Neuilly and later studied law at the Sorbonne (BBC News, 2019). He then received a Ph.D. from Wuhan University in China. In 1997, he released a funk album named, “A Brand New Man.” To this day, he is said to enjoy jazz, bossa nova, and classical music (BBC News, 2019).

Today, Ali Bongo’s kleptocratic regime blends patronage and repression and has been accused of widespread corruption, human rights violations, and siphoning off profits from the country’s oil industry. Meanwhile one-third of Gabonese live on less than $2 a day. According to a report released by the US Department of State in April 2011, the regime is accused of using excessive force against civilians, encouraging “ritualistic killing,” and “restricting privacy and press” (Roberts, 2011).

Unsurprisingly, in terms of civil liberties, Gabon is considered a not-free country (Freedom House, 2021). Although Gabonese people enjoy multiparty elections on paper, the country’s weak institutions leave Gabon open to domination by the establishment PDG. In addition to a poor record of political rights, the country also scores relatively low in many categories such as personal freedom, same-sex relationships and religious liberties. In the UN’s Human Development Index, Gabon ranks 119th out of 189.

Geographic Location: Central Africa, bordering the Atlantic Ocean, between the Republic of the Congo and Equatorial Guinea