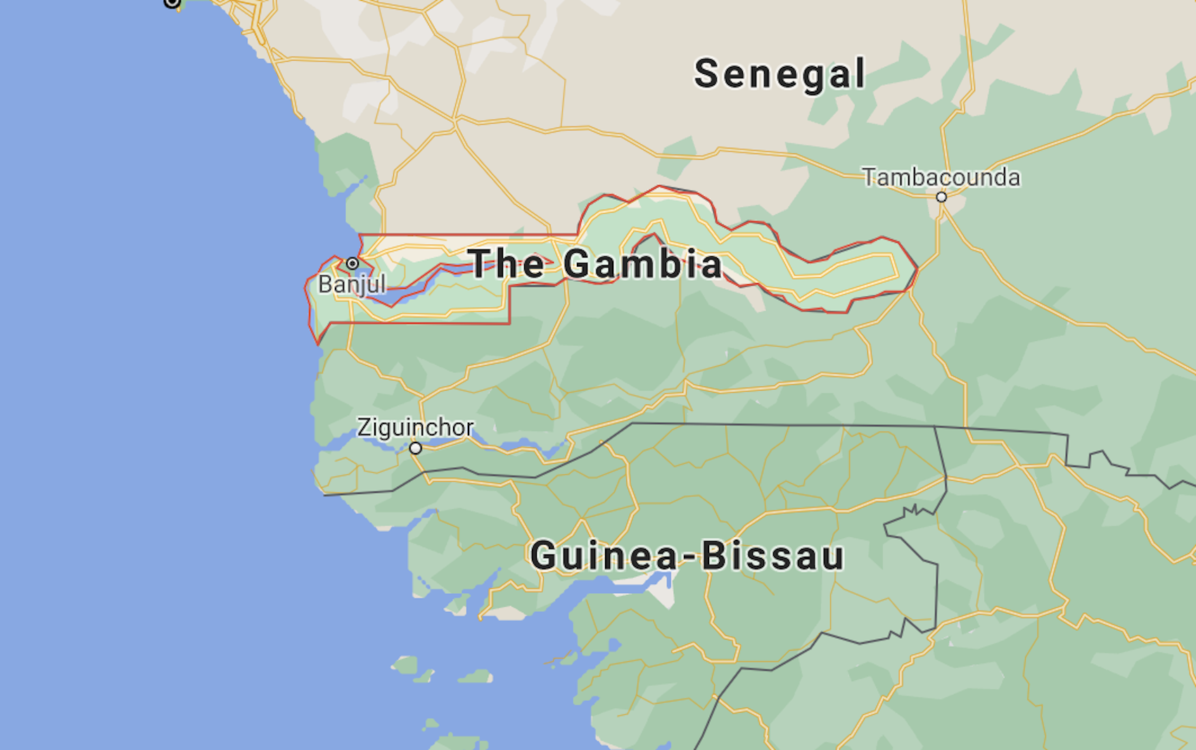 The Gambia was governed for 20 years by Yahya Jammeh. He established a personal political system based on mysticism, a cult of personality, and systematic repression of fundamental rights and the opposition. His populism relied on ethnic favoritism and tribalism. The election of Adama Barrow in 2016 was a positive and hopeful development; however, Jammeh rejected the results and the military had to intervene. Yahya Jammeh’s legacy, including corruption and tribalism, is still present in different institutions and poses a challenge to the stability of The Gambia’s weak democratic system.

The Gambia, officially the Republic of The Gambia, is a country in West Africa. It is the smallest country within mainland Africa and is surrounded by Senegal, except for its western coast on the Atlantic Ocean. The history of The Gambia saw the emergence of different kingdoms over the centuries. Its attachment to Senegal is undeniable; until the 19th century, the whole region was referred to as Senegambia. Although the kingdoms governing The Gambia were locally powerful, they could not successfully dominate or govern Senegambia.

The instability of the Gambian Kingdom facilitated French and British domination of the territory. In 1889, France ceded control of the Gambia River to Britain, as part of the “scramble for Africa,” thus drawing the present-day boundaries of The Gambia. The territory became a protectorate governed through British indirect rule. In World War II, The Gambia contributed soldiers for the Burmese campaign and hosted an air-staging post (Bertelsmann Stiftung, BTI 2020; CIA Factbook. 2020)

Small and poor, The Gambia’s options as an independent country were discarded or considered only in association with Senegal. In the 1950s and 60s, The Gambian government rejected the recommendation for the establishment of a Senegambian Federation, thus moving to declare independence on February 18, 1965. The Gambia then became a member of the Commonwealth in 1965, and five years later, a new constitution approved in a referendum in April 1970 declared it a republic (Perfect, 2008).

The Gambian Prime Minister at independence, Sir David K. Jawara, became the leader of the People’s Progressive Party (PPP). Being a Mandinka, he appealed mainly to Mandinka voters. Other parties, such as the United Party (UP) led by S. N’Jie, saw many defections from its member towards the PPP.

In 1981, a coup was led by civilian radicals – notably Kukoi Samba Sanyag, a failed National Convention Party (NCP) candidate, and Pap Cheyassin Secka, the leader of the small National Liberation Party (NLP). The Gambia Field Force (a paramilitary unit) joined the coup, resulting in about 500 deaths. Jawara was restored to power after the intervention of the Senegalese military. Soon after, Senegal and Gambia established the Senegambia Confederation in February 1982 (JeuneAfrique, 2019; AFP, 2019). The perpetrators of the coup were condemned to death, although later pardoned later, and the field force was replaced by the Gambian National Army (GNA).

The government’s human rights record was positive during the Jawara period. He tolerated the political opposition and did not introduce a one-party state, also allowing an independent and critical trade union movement (Perfect, 2008). The economic situation was relatively strong until the mid-1970s. The world oil crisis of 1973 led to an increase in government expenditures and combined with the long Sahelian drought, almost caused the economy to collapse. Like other countries in the region, The Gambia adopted an economic recovery program and a structural adjustment program. Despite a reversal of the economic decline, the government failed to address corruption in the public sector. This failure provided one of the main motives for yet another coup in 1994 (Perfect, 2008).

The coup orchestrated on July 22, 1994, was organized by a group of junior GNA officers. They denounced the government’s corruption and lack of development. J Yahya Jammeh led the coup, and the PPP government was dissolved, all political parties banned, the constitution abolished, and government members arrested. The opposition parties and the young welcomed the coup, as it was presented as a way to punish corrupt politicians and recover public assets (Kairouz, 2016).

The Jammeh government followed similar economic policies to its predecessor. The launch of the vision 2020 program in 1996 aimed to transform The Gambia into a dynamic middle-income country by developing it as a financial centre, a tourist destination, and a manufacturing hub. However, to date, little progress has been made (Perfect, 2008).

Although Jammeh aimed to return power to the people in 1998, he held a presidential election in 1996 due to international pressure, limited foreign aid, and a declining economy. He dissolved the junta and created his political party, the Patriotic Alliance for Reorientation and Construction (APRC). He was proclaimed president after an election on September 26, 1996 (Perfect, 2008).

A military regime was not put in place in The Gambia; however, Jammeh established a personal political system based on mysticism, a personality cult, and the systematic repression of fundamental rights and the opposition. Over the years, the opposition was almost destroyed. The political arena was limited to the three largest parties: PPP, NCP, and the Gambian People’s Party (GPP). To tame the opposition, the government frequently arrested or disappeared activists and opposition leaders. The arrest and subsequent death of Solo Sandeng, a senior official of the United Democratic Party (UDP), during a peaceful demonstration in Banjul on April 14, 2016, is a case in point. Jammeh cynically responded to his death in an interview: “Where is the problem? People dying in detention or during interrogations is very common” (Glez, 2014).

Though he remained popular with some portions of The Gambia’s population, Jammeh’s decisions made him a buffoon in the eyes of the international community. Moody and with unilateral power, Jammeh’s tenure was defined by extreme homophobia, changing The Gambia’s official language to Arabic, the establishment of an Islamic Republic, and violence directed at journalists and the political opposition. “His Excellency Sheikh Professor El Hadj Doctor Yahya A. J. J. Jammeh” wanted to be perceived as both an omniscient and omnipotent personality: he declared that he could heal AIDS and infertility thanks to his potion of medicinal herbs (Duval Smith, 2007; Glez, 2014).

Jammeh benefited from the military, party, and to some extent popular support. According to international observers, massive fraud characterized the presidential elections from 1996 to 2016. Jammeh’s loss in the 2016 election – he was defeated, 45.54 % to 36.6% – surprised many, but multiple elements contributed to this loss. The chairman of the main opposition party, the UDP, Ousseinou Darboe, was incarcerated in 2016. The coalition parties in The Gambia often struggled to unite behind one personality that could lead them and provide strong opposition. After Darboe’s imprisonment, the opposition rallied around Adama Barrow as a candidate. However, no one at the time would have considered Barrow a potential winner. A successful businessman who once worked as a supermarket security guard in Great Britain, he was given little chance of victory, especially as Jammeh governed with an iron fist and was determined to win a fifth term (Glez, 2014).

For years, Jammeh stressed identity, ethnicity, and religion. He used these as wedges, creating divisions in society. Although many people became used to his unpredictability and widely inappropriate remarks on AIDS, women, gays, and other topics, his emphasis on splitting the vote by using tribal divisions contributed to his loss (Sommerfelt, 2016; Glez, 2014). He accused one of the largest ethnic groups, the Mandinka, of tribalism – and even threatened them with extinction: “I will kill you like ants, and nothing will come of it” (Sommerfelt, 2016; Glez, 2014). Before the elections, he accused the Mandinka of being “generally the sources of troubles, and unless they behave, they will be buried”(Sommerfelt, 2016; Glez, 2014). This speech was condemned by the UN special advisor on the Prevention of Genocide (United Nations, 2016).

At the time of the 2016 election, many young Gambians had only known life under Jammeh’s rule. They’d grown up under his eccentric populist discourse. The lack of jobs and opportunities pushed many young people to try fleeing to Europe. Freedom, change, and jobs were the main concerns of the young people, who often gathered in the streets in opposition to Jammeh.

Despite his loss in the election, Jammeh still had strong support in the army. He came from the army’s ranks and had, over the years, succeeded in maintaining their loyalty (BBC News, 2016). However, ethnic favoritism had created division within the forces: the head of the forces, army, state guards, and the national intelligence agency were all members of the Jola ethnicity.

Though Jammeh initially accepted his loss to Barrow, he soon retracted his concession. It was only after several rounds of negotiation and mediation by other African countries that Jammeh agreed to leave office (Nar Guèye, 2020).

Barrow agreed to stay in office for only three years, but after this period, he changed his mind, agreeing to a five-year term. Demonstrations were held asking him to leave. They chanted, in a mixture of English and Wolof, “Three years jotna” (three years is enough). A counterdemonstration asked for him to stay for five years and was instigated by Barrow’s NPP (National Political Party) (Nar Guèye, 2020).

One of Barrow’s achievements is the Truth and Reconciliation Commission (TRCC) (Nar Guèye, 2020) which is an independent Gambian institution with a mandate to conduct investigations into human rights violations committed under the presidency of Yahya Jammeh. The Commission further aims to prevent a repetition of the violations and abuses suffered under the past regime by making recommendations to government and citizens aimed at ensuring the crimes of the past never recur in The Gambia (trcc.gm)

Yet, The Gambia still suffers from high inflation and an unclear socio-political and economic future. Many Gambians, especially the youth, are displeased with the country’s situation and unfulfilled promises (Nar Guèye, 2020). Over the last three years, as youth employment stagnated around 40 percent, tens of thousands have tried to leave the country for Europe, including on makeshift boats.

For more than 20 years, The Gambia was ruled with an iron fist by Yahya Jammeh. His populist discourse and policies were based on a mix of ethnic tribalism, favoritism, and clientelism within the army that kept him in power for so many years. He was responsible for the disappearance of many oppositions figures, and he constructed a cult around his personality based on mysticism. His defeat in 2016 surprised many observers. His successor, Adama Barrow, brought hope to many Gambians, but he faces many challenges, as The Gambia still suffers from high inflation and unemployment. 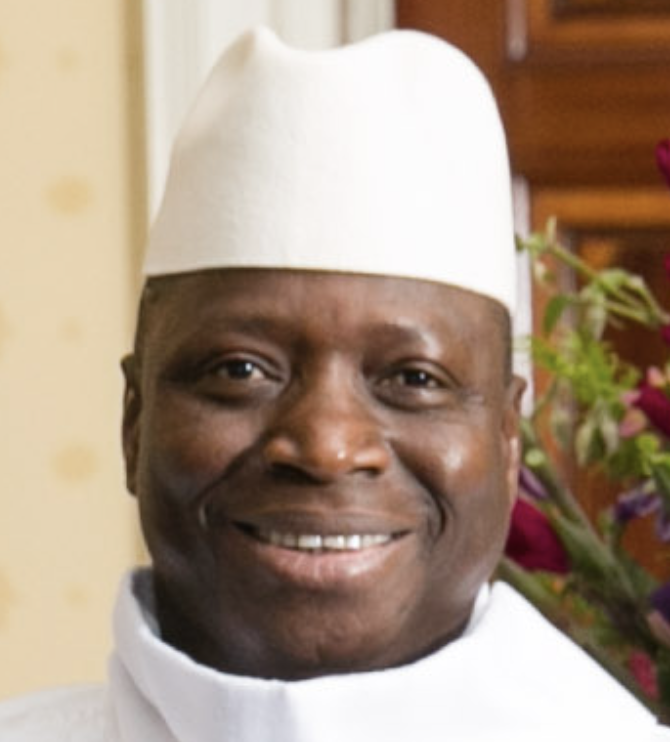 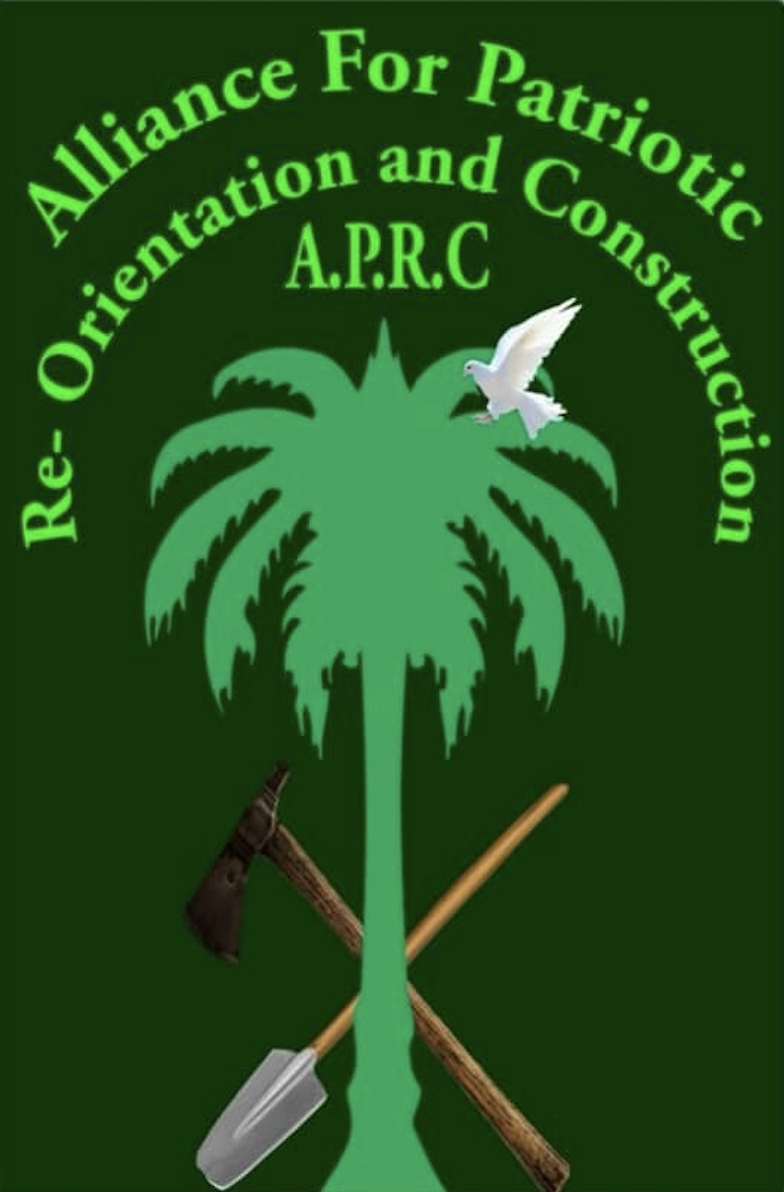