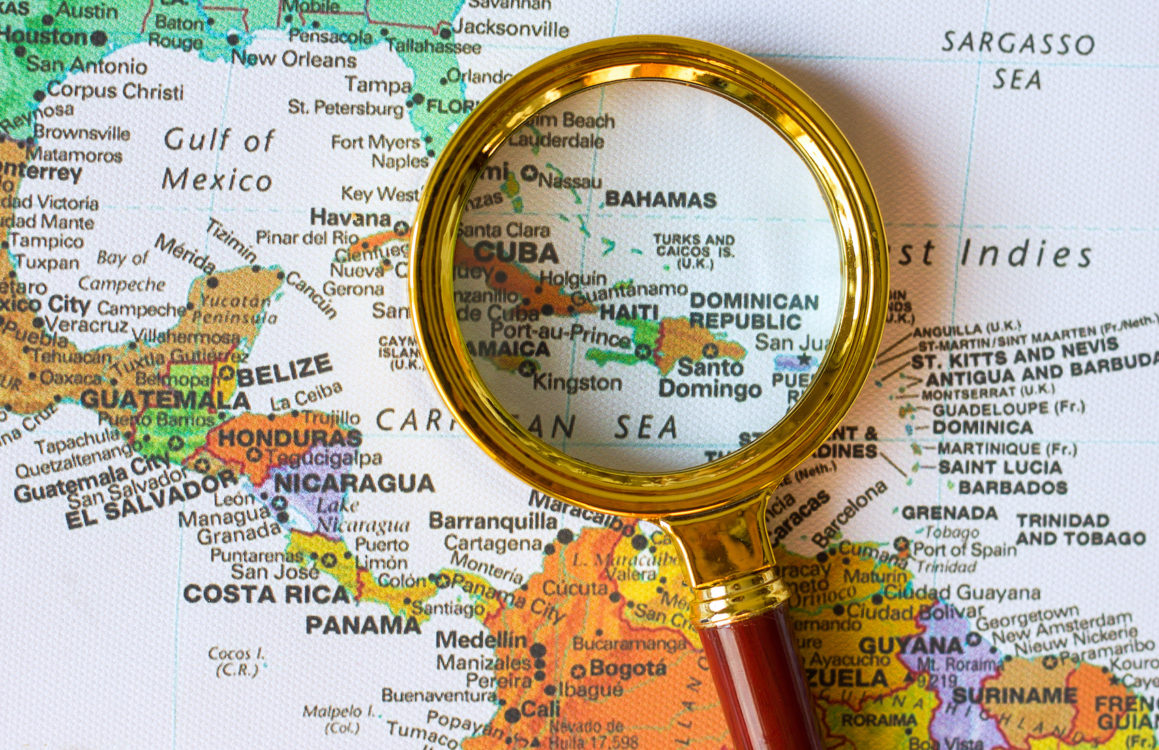 A decade-long humanitarian disaster in Haiti has evolved into a political crisis after elections, scheduled for October 2019, failed to take place. The president’s failure to send the electoral law to the Parliament for a vote eventually led to the expiration of the Haitian legislature on January 13, 2020, leaving the country without an elected parliament. No date has yet been specified for the elections. President Moïse has been ruling the country by decrees.

Located on the island of Hispaniola in the Greater Antilles archipelago of the Caribbean Sea, Haiti, officially the Republic of Haiti, is a country of political instability and prone to natural disasters, such as floods, hurricanes, earthquakes and landslides. While many of its neighbours in the Caribbean are exposed to similar disasters, Haiti’s vulnerability in terms of loss of life and destruction has always been incomparably high due to poor infrastructure and heavy deforestation (Jones, 2016).

In addition to the terrible human and economic toll of the natural disasters, Haitians also continue to struggle with political instability, the effects of a centuries-long legacy of authoritarianism, and the resulting corruption and disrespect for human rights. Despite some relative progress since the fall of the Duvalier dictatorship in 1986, democratic institutions in the country remain weak, while fifty-nine percent of the population lives under the poverty line as of 2019 (IFRC, 2019).

Throughout much of the second half of the 20th century, Haiti was ruled by the autocratic Duvalier dynasty. François Duvalier, aka Papa Doc, assumed the presidency in September 1957 after winning the election under the banner of the National Unity Party. His election, however, marked the beginning of a long despotic rule; Haiti would not see a democratic election for many decades to come. Duvalier’s presidential campaign was run on a populist ground, and he appealed to the Afro-Haitian majority at the expense of the country’s mulatto elite (Joseph, 2011, 2).

Given the fact that Black people suffered from outright and open discrimination and racism at the time, Duvalier aimed at securing popular support from the disadvantaged masses and thus often accused his rival, Louis Déjoie, of being the candidate of the established ruling elites backed by the Roman Catholic hierarchy and the US government. He also skillfully used the colour issue at every turn. Since colonial times blacks had been poorer and mulattos had more money and power (Joseph, 2011, 2).

After winning the presidency, Duvalier set out to implement a set of populist reforms in favour of the black majority. Among them were “promoting and patronizing” the black people within the army and other state institutions and eventually changing the colours of the country’s flag from red and blue to red and black, in an effort to prove that it was now the blacks who controlled power in Haiti (Joseph, 2011, 2). Despite his ruthless authoritarian governance during his time in the office, many believe that Duvalier did much to ensure relative racial equality, at least as far as the social status of the black community (Joseph, 2011, 3). Other historians, however, believe that he was simply “a maniac” who systematically abused and used black men to advance his own political goals (Remy, 1974).

After surviving several coup attempts during the first years of his administration, Duvalier spent the late 1950s skilfully eliminating his opponents within the army. He then started a campaign to eliminate his remaining opponents in other sectors such as the media, universities, the church hierarchy, trade unions, and the US Embassy. An enforced constitutional change in 1964 allowed Duvalier to declare himself president for life with unchecked, absolute power and the right to name his successor (Nicholls, 1986, 1240).

Duvalier’s regime was characterized by corruption, state-sponsored violence, and grave human rights abuses. Before he died in 1971, he handed power to his 20-year-old son, Jean-Claude Duvalier, aka Baby Doc. Despite his young age and lack of experience, the Baby Doc managed to assume office through a smooth succession. His father’s regime was somehow stable and still maintained popular support from the black majority (Nicholls, 1986, 1241).

Throughout his time in power, Baby Doc maintained the basic characters of his father’s oppressive dictatorship. However, he also pursued a relative liberalization of the country’s economy, which encouraged foreign and local investment as well as agricultural production and tourism. A few years into his presidency, Haiti was an economy that was “in the process of recovery,” with five percent of real growth by 1973 (US Embassy, 1973).

Baby Doc’s liberalization attempts, however, caused him to lose support from the black populations and the classic Duvalierists. He thus gradually began to depend on the support of the pro-business elites in the country (Nicholls, 1986, 1241). His increasingly lavish lifestyle, high levels of corruption, and disengagement from the public eventually led to Duvalierism’s downfall. In 1986, Baby Doc fled the country, marking the beginning of a period of unstable governments and short-lived presidencies. Credible human rights organizations believe that during the Duvalier family’s 29-year-long rule, 40,000 to 60,000 Haitians were killed by state forces (Valbrun, 2003).

In 1990, Jean-Bertrand Aristide, a priest who campaigned on a populist platform in the name of the poor, was overwhelmingly elected President with 67 percent of the vote. Aristide’s victory came in the first free election held in Haiti since the country’s independence in 1804. However, only eight months into his presidency, Aristide was deposed by the military. One of the reasons behind the coup was Aristide’s attempted reforms to gain control over the military and to investigate the grave human rights violations during and after the Duvalier regime. He also ordered a detailed examination of the bank accounts belonging to important elite figures in the country’s political and business spheres. During his initial months in office, he often opted to bypass the National Assembly, especially on appointing cabinet members and ambassadors (Collins, Cole, 1996, 219).

Under pressure from the US government, the Haitian military accepted the return of Aristide to office. Perhaps unsurprisingly, upon his return, he agreed to adopt a neoliberal structural adjustment program “that was identical to the one implemented by Baby Doc in the 1970s and 1980s.” This led many to argue that in order to secure support from the US government, he “betrayed” the Haitian peasants by opening the country to foreign trade and by canceling equity projects for the poor (Smith, 2004).

In 1996, Aristide established a populist political party, Fanmi Lavalas. In the 2000 election, he was again elected president, this time with over 90 percent of all votes cast. The election was, however, largely boycotted by the opposition parties, casting a shadow on the president’s legitimacy. Aristide remained in the office until he was deposed in a military coup in 2004. He later told CNN in an interview that the Bush government was behind his removal from power: “I was told that to avoid bloodshed I’d better leave” (CNN, 2004). The White House denied any involvement in the coup.

In the 2006 election, René Garcia Préval was elected president. He became the first duly-elected president to serve out the full length of his term. Préval had many features of a populist politician. He was a child of a middle-class family. In his youth, he made a living by working as a restaurant waiter. He later opened a bakery in the capital city of Port-au-Prince. After assuming office in 2006, Préval then set out to implement a set of agrarian reforms, as well as an attempt to investigate human rights abuses committed during the previous administrations. He also led the privatization of several state companies and a process of economic stabilization. His efforts, however, were hit hard by the infamous 2010 earthquake. The disaster impacted an estimated three million people on the island, creating between $7.8 billion and $8.5 billion in damage. The country’s gross domestic product shrank by over five percent and most of the airports, ports, and major highways were destroyed (Amadeo, 2020).

In March 2011, Michel Joseph Martelly was elected president. Originally a singer with over a dozen studio albums, Martelly took over an economy and a country literally ruined by the earthquake. His government therefore immediately issued a set of reconstruction reforms. Throughout his presidential campaign, run under the ticket of the Repons Peyizan party, he adopted a populist and anti-establishment message that promised social justice and quick recovery for Haiti’s poor masses. He directly appealed to the urgent needs of the millions of homeless and disaster-stricken Haitians, pledging clean water and food for all: “We have a truly popular movement. Our message goes to the soul of Haitians: to have the right to education, to health, to be able to drink clean water from a tap” (Reuters, 2010). For the next five years in office, however, he failed to deliver on many of his early promises; instead, the country ended up with rising insecurity, poverty, political violence, and corruption (Katz, 2016). Martelly eventually released a new song in 2016 and then left office.

In the November 2016 election, Jovenel Moïse became the 42nd president of Haiti. Moïse’s presidency has been characterized by growing political and social unrest, high rates of inflation, and violence by non-state actors. This all-out deterioration was in part the result of Hurricane Matthew in 2016, which destroyed around 32 percent of Haiti’s gross domestic product (GDP) and wrought about $600 million in damage to the agricultural, livestock, and fishing sectors (CRS Report, 2020).

The nationwide drought following the hurricane further devastated the country, destroying a significant portion of the country’s food supply. The humanitarian disaster eventually turned into a political crisis when elections, scheduled for October 2019, failed to take place. The president’s failure to send an electoral law to Parliament eventually led to the expiration of the Haitian legislature on January 13, 2020, leaving the country without an elected parliament. No date has yet been specified for the elections. President Moïse has been ruling the country by decrees.

Geographic Location: The Caribbean. Haiti is the western third of the island of Hispaniola, between the Caribbean Sea and the North Atlantic Ocean and west of the Dominican Republic 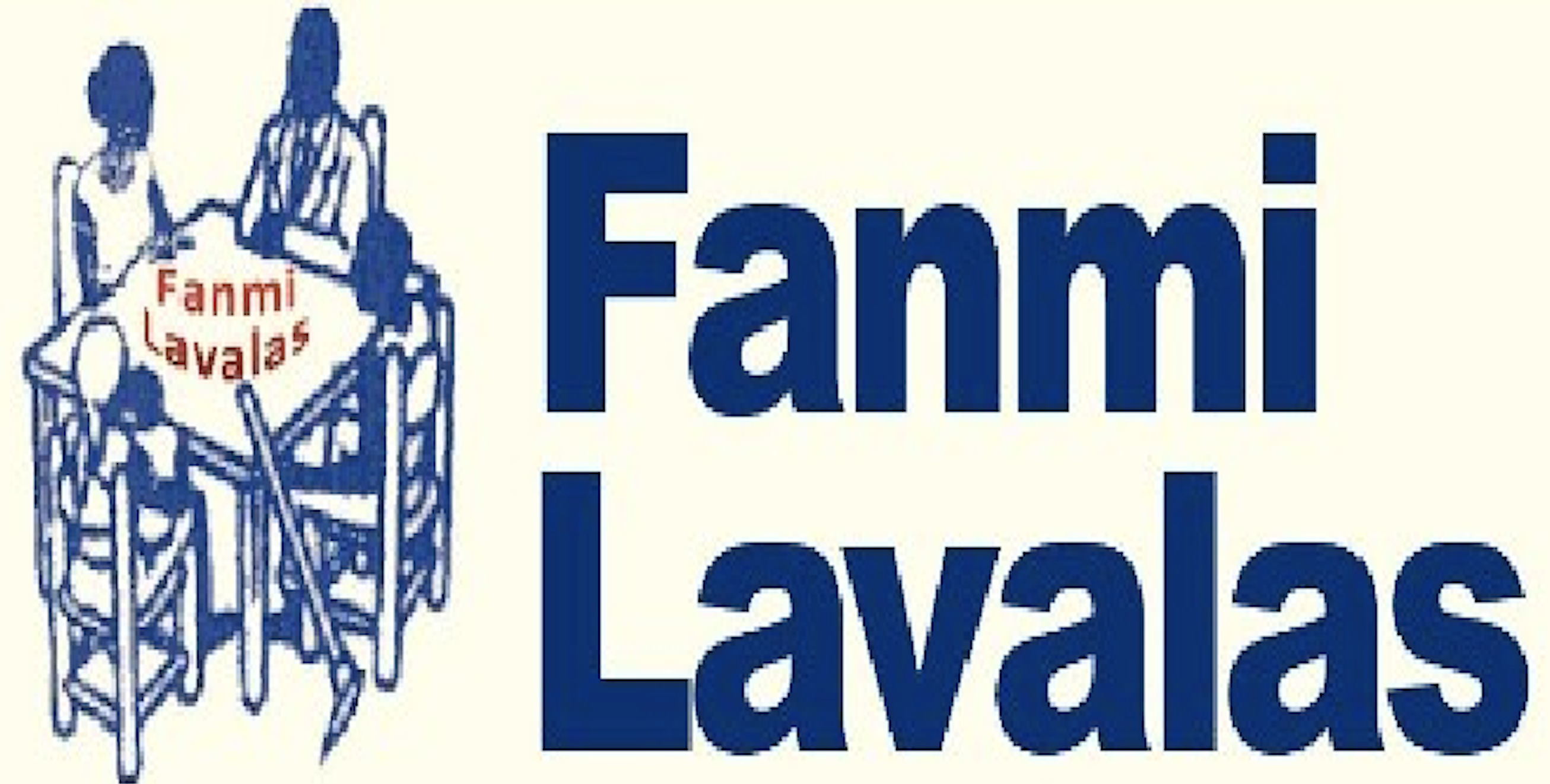 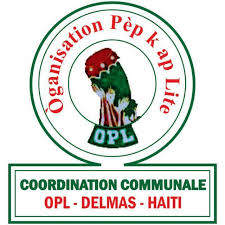