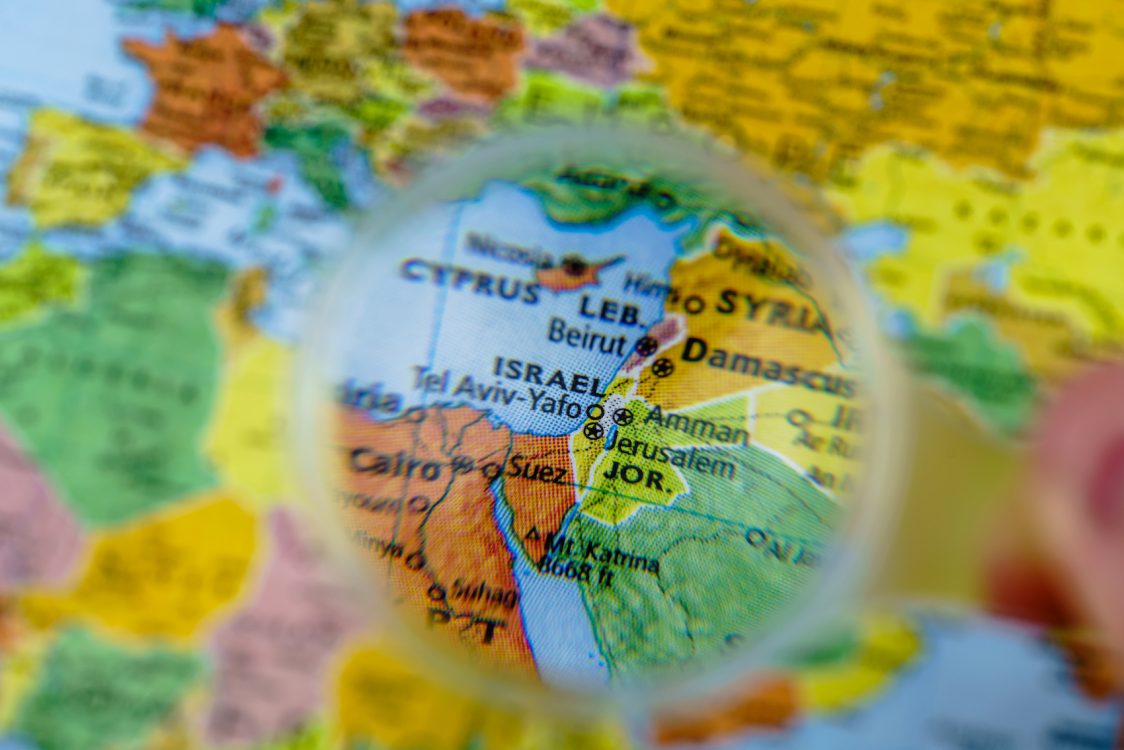 While the 2021 parliamentary election has ended Benjamin Netanyahu’s uninterrupted 12-year-long rule, his populist politics that blend muscular nationalism, aggressive patriotism, and the resentment of perceived enemies, remains a viable force in Israeli politics. He now serves as leader of the opposition and as the chairman of the country’s largest right-wing populist political party, Likud – National Liberal Movement.

Located in Western Asia and at the eastern end of the Mediterranean Sea, Israel, officially the State of Israel, is a parliamentary democracy and the self-declared nation state of the Jewish People. Given longstanding divisions along ethno-national lines between Jews and “others,” populism is not a foreign phenomenon in Israel. The slaughter of the Jewish people during the Holocaust and a set of conventional wars against nearby Arab nations in the second half of the 20th century set the foundation for a compulsively omnipresent security culture based primarily on deterrence. Throughout Israel’s formative years, from 1948 to the mid-1970s, Israeli leaders were deeply concerned with the survival of their infant state, and thus attached significant importance to military power, resulting in an excessive military build-up for a nation of its size (Bar-Joseph, 2000: 100).

To Israeli leadership at the time, the Arab world was a unitary actor and a single ethnic group that posed an existential threat to the country. The dimensions of the ruling elite’s anxiety can be best seen in the words of Ben Gurion, the primary national founder and the first Prime Minister: “I could not sleep all night. I had one fear in my heart: A combined attack by all Arab enemies. We do not want Arab Nazis to come and slaughter us” (Kohen, 1979: 333).

Akin to the ruling elite, the obvious ethnic and religious “otherness” of the Jewish people forced ordinary Israeli citizens to internalize a mindset of “a nation that stands alone,” or “a few against many” (Bar-Joseph, 2000: 100). Their obvious otherness in a predominantly Arab region fuelled hyper-nationalism blended with a sense of insecurity.

While Israel’s unique security mindset has been studied extensively, populism studies on the issue remained limited prior to the 2010s mostly because the issue was often seen as rooted in Israel’s longstanding anxiety—not in its populism. Right-wing populism, as we currently understand it, is relatively new to the country. Since Benjamin Netanyahu commenced his uninterrupted rule in the early 2010s, his populist style—which blends muscular nationalism, aggressive patriotism and the resentment of elites—has transformed Israeli politics. Although he is not considered a world-famous populist leader, he is a close friend and an ally of notorious populists including Donald Trump, Narendra Modi, Viktor Orban, and Matteo Salvini (The Economist, 2019).

As of today, Israel has at least 6 political parties that are considered populist.[1] Likud, officially the Likud – National Liberal Movement, and led by Netanyahu, is the largest of them. Ever since it was established in 1973 by Menachem Begin and Ariel Sharon in an alliance with a group of centre to right-wing parties, Likud has had a tough national security policy based on strong military force and build-up. The party has also had a pro-settlement position in Judea, Samaria, and Gaza, while opposing the unilateral establishment of a Palestinian Arab state (Likud – Platform, 2007).

Likud, however, surrendered to a pure right-wing populist mindset only in the aftermath of its victory in the 2009 parliamentary elections. In that election, Likud, along with Avigdor Lieberman’s Yisrael Beiteinu and Eli Yishai’s Shas, managed to secure some 42 percent of total votes in the election, which allowed them to form a coalition government under the prime ministry of Netanyahu. The Likud-led coalition has grown into a three-fold, full-fledged populist government based on three major pillars: (1) economic neo-liberalism; (2) political authoritarianism; and (3) conservative nationalism (Filc, 2009). Likud and its partners have only become more entrenched in these ideals over the course of Netanyahu’s uninterrupted rule, as evidenced by his increasing use of rhetoric dominated by ethnic nationalism, xenophobia, and anti-elite sentiment against the academia, the media, and the country’s left-wing parties (Bagaini, 2019: 6).

Netanyahu’s right-wing populism peaked when he established an electoral alliance with right-wing nationalist Yisrael Beitenu in the 2013 parliamentary election. The alliance emerged as the largest faction in the Knesset (the Israeli Parliament), with 31 of the 120 seats, and formed the government in coalition with Yesh Atid, the Jewish Home, and Hatnua, blessing Netanyahu with a third term as Prime Minister. He then, perhaps unsurprisingly, turned up the tone of his populist discourse, as his rhetoric was spiced with nativism, a narrow conception of democracy, and a hatred of minorities (Rogenhofer & Panievsky, 2020: 1398).

While populist in discourse, however, he initiated a selective neo-liberalization of Israel’s economy, which sped up its transformation from a social welfare state into a privatized economy. He carried out large-scale privatizations while cutting social services as well as welfare assistance to disadvantaged groups. He also weakened labour unions. The welfare state is now reserved mostly for Jewish settlers and Likud loyalists (Rogenhofer & Panievsky, 2020: 1398).

He has since blamed the undesired consequences of his neoliberal policies on the “corrupt” public sector, workers’ unions, and the welfare state (Rogenhofer & Panievsky, 2020: 1398-1400). For instance, in the run up to the 2015 elections, his party aired a much-debated TV campaign, in which unionists, public broadcasters, and Hamas members were presented as allies against Netanyahu, who eventually shows up with a killer slogan: “It is Us or Them” (Rogenhofer, Panievsky, 2020, 1398).

During his time in the office, Netanyahu figured out a way to reshape the classic “us versus them” populism in accordance with the needs of his political goals and the realities of Israel’s political environment. Unlike a majority of populists, who often like to target establishment elites in their countries, Netanyahu has crystallized “the people’s” anger against Israel’s perceived “enemies”—a group that includes Israeli Arabs, minority groups, leftist opponents, critical media groups, liberal NGOs, and so-called foreign powers that are sympathetic to the two-state solution. Lumping these wildly different groups into a unitary bloc of enemies of the Jewish people has enabled Likud and Netanyahu to monopolize Jewishness and Israeli-ness in their alleged fight against these perceived enemies.

To that end, hyper-nationalism blended with a sense of insecurity has increasingly been fuelled via public speeches, TV appearances, commercials, and slogans. Today, Netanyahu’s ethno-religious discourses full of incitement against non-Jewish minorities and their allies have become almost a daily routine. His most notorious election campaign slogan—“Netanyahu is good for the Jews”— has turned into a permanent powerful piece of political symbolism. It’s used widely and has spawned numerous variants in the arts, entertainment, and politics.

Among the most notorious populist policies of the Netanyahu era is the approval of the controversial “nation state” law in 2018, which defines Israel first and foremost as a Jewish state. The passage of the controversial bill was—according to Netanyahu—in line with the founding principle of Israel’s existence and thus the vision of the founder of modern Zionism, Theodore Herzl. With the bill, Netanyahu claimed his vision was realized: “Israel is the nation state of the Jewish people and respects the rights of all of its citizens” (BBC News, 2018). The law indeed describes Israel as “the national home of the Jewish people,” and Jerusalem as the “complete and united… capital of Israel.” It also underlines the “development of Jewish settlement as a national value,” while singling out Hebrew as the “state’s language” (BBC News, 2018).

Shas is another right-wing populist party that is worthy of mentioning. Founded in 1984 by a former Israeli Sephardi chief rabbi, Rabbi Ovadia Yosef, Shas is a Haredi religious political party. According to the official party program, it seeks to “return the crown to the former glory”—that is, restoring and protecting the religious and cultural heritage of Sephardic Jewry and fighting against economic and social discrimination against the Sephardic population (Knesset Official, 2020). The party is therefore mostly popular in poor Sephardic towns. Among the social policies that party officials advocate, are increasing the influence of the Jewish religious law in the judicial system and across Israeli society, as well as promoting an Orthodox Jewish lifestyle. Despite its limited appeal, Shas has managed to take a part in coalition governments established since the early 1990s. As of today, it is a member of the thirty-fifth government of Israel.

In terms of civil liberties, Israel is a free country (Freedom House, 2019). Israeli citizens enjoy a vibrant democratic system with regular and competitive multiparty elections, while a fair record of civil liberties and political rights is retained. This is, however, not to deny that systematic institutionalized discrimination is prevalent against Arabs and other minorities living within the official borders. This discrimination is well-documented by many credible human rights organizations, especially in areas such as political representation, criminal justice, and economic opportunity. The conditions are even worse for Palestinians living under Israeli rule and in the Occupied Palestinian Territories (OPT) (Amnesty International, 2019).

It is no secret that a large number of human rights advocates have long declared Israel no longer a liberal democracy but an “apartheid regime” that emphasises the supremacy of Jewish citizens over non-Jewish and Palestinian citizens (Kiley, 2021). Netanyahu’s confrontational populist style had seemed to justify such criticisms for years. While the 2021 parliamentary election has ended his uninterrupted 12-year-long rule, his populist politics that blends muscular nationalism, aggressive patriotism, and the resentment of perceived enemies, remains a viable force in Israeli politics. He now serves as leader of the opposition and as the chairman of the country’s largest right-wing populist political party.

Also, the ruling Bennett–Lapid government that was formed after the 2021 legislative election, also seems to exhibit some symptoms of populist politics, particularly in form of anti-corruption and anti-establishment rhetoric. At least three member parties of the governing coalition, Yamina, Yisrael Beiteinu, and New Hope, are known with their right-wing populist positions. For instance, Yamina’s Naftali Bennett, who is the incumbent Prime Minister, is openly in favor of annexing most of the West Bank territories. Many therefore rightly find his political position closer to Netanyahu than the parties in his current coalition government. Indeed, in his personal memoir, he expresses his endless gratitude to his former boss, dedicating a whole chapter to him entitled “What I learned from Binyamin Netanyahu.” It is therefore safe to argue that difficult times lie ahead for Israel’s ruling coalition composed of the far-right, far-left and the center, as well as an independent Arab party.

Population (July 2021 est.): 8,787,045 (including the populations of the Golan Heights or Golan Sub-District and also East Jerusalem, which was annexed by Israel after 1967) 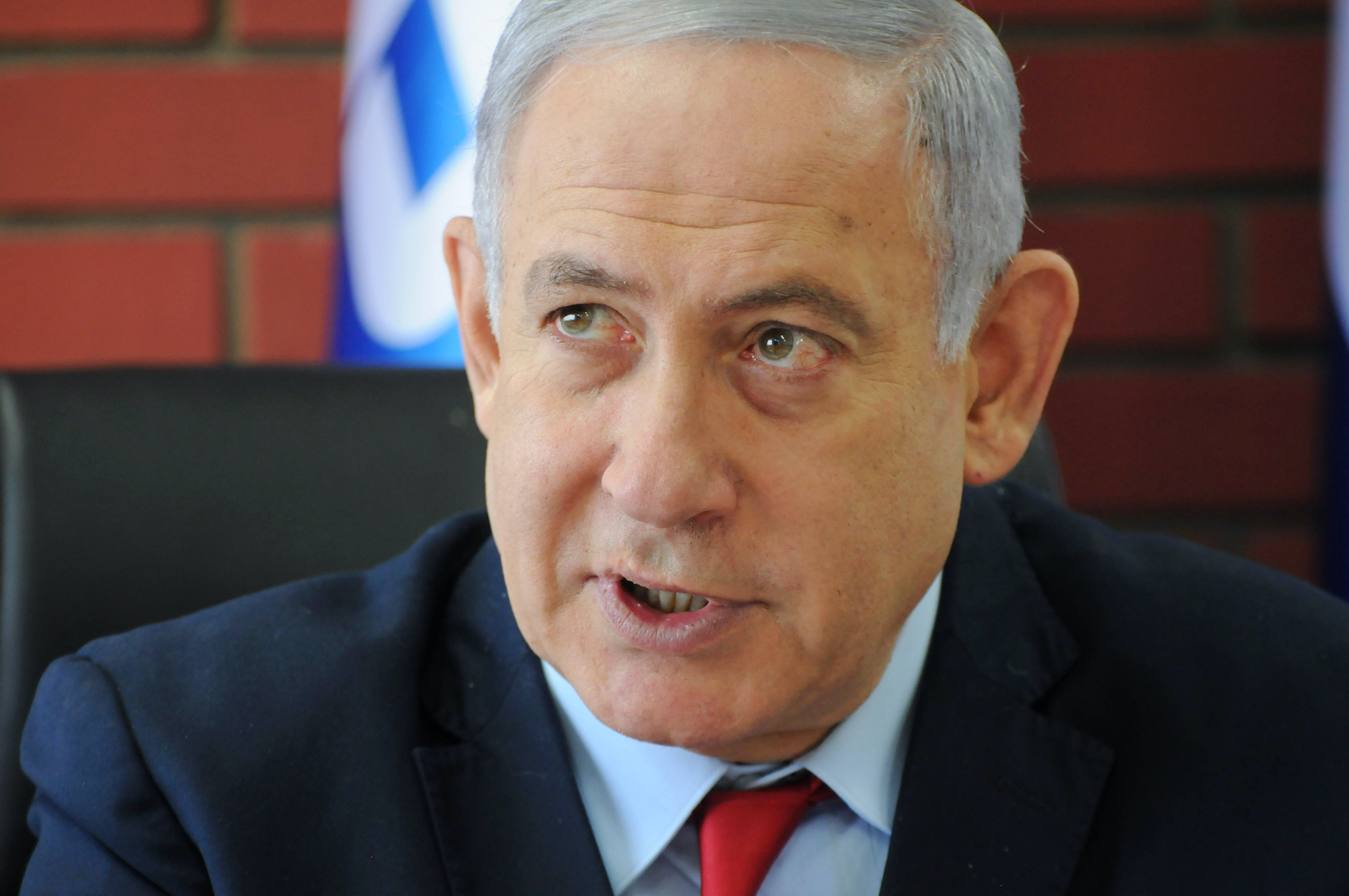 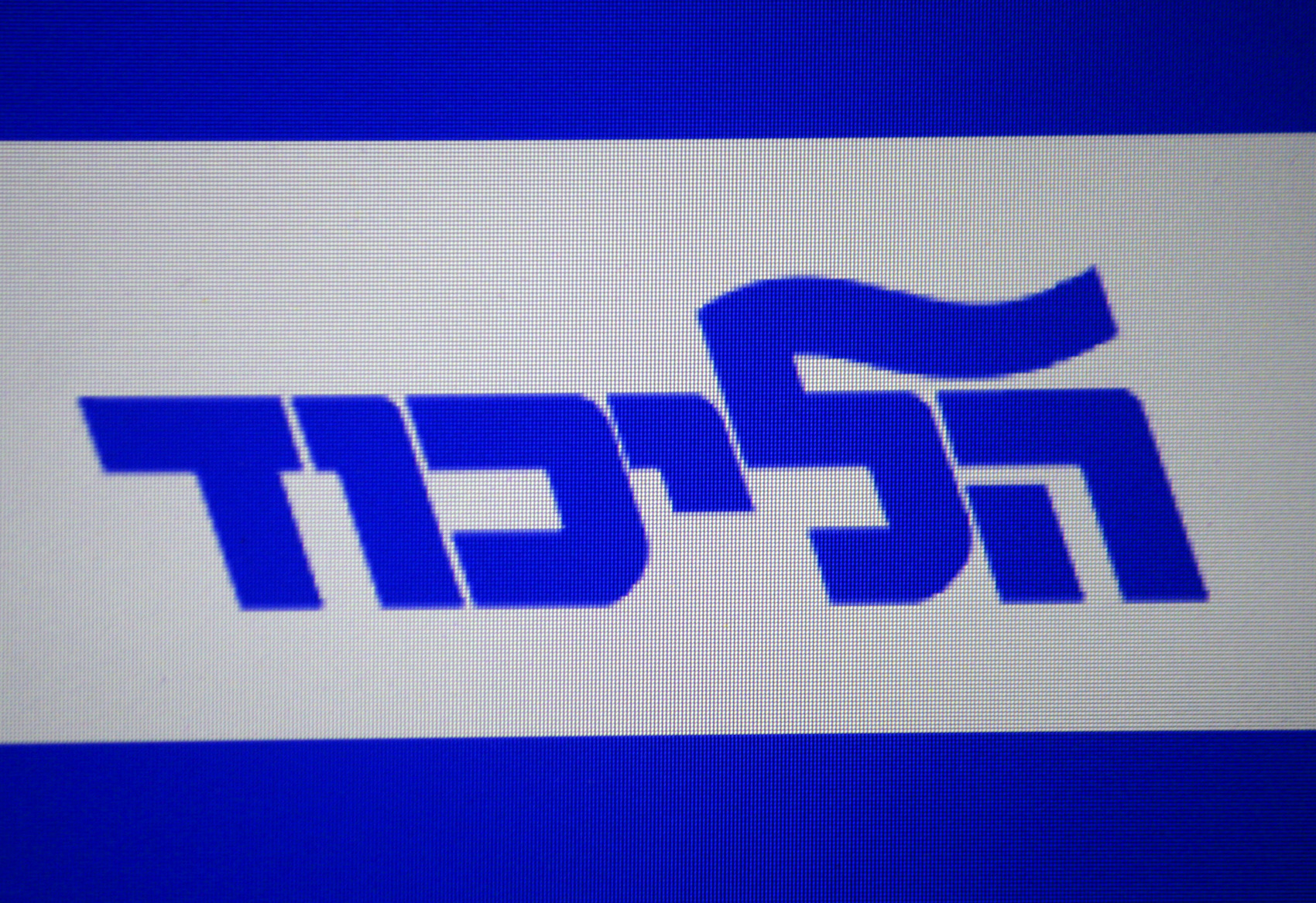 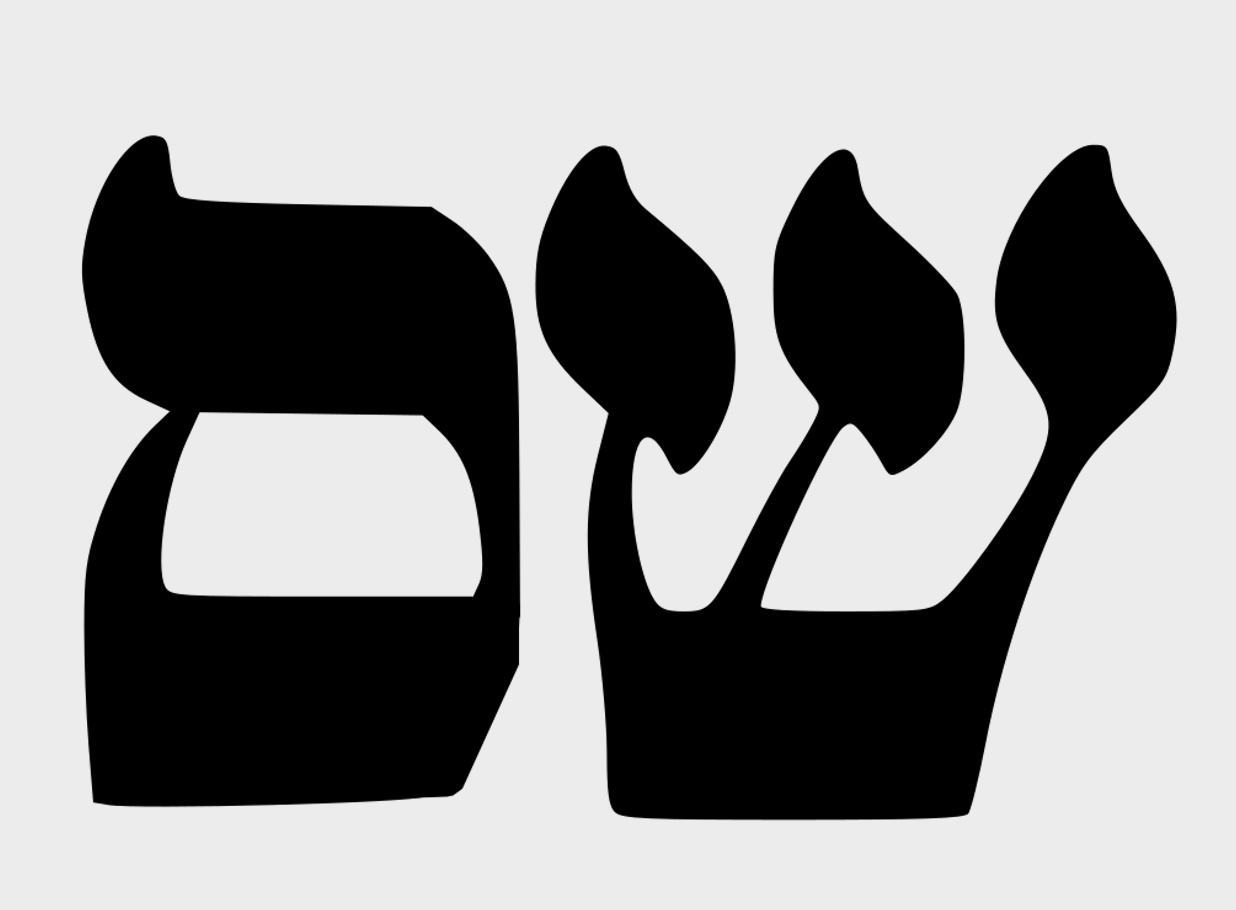 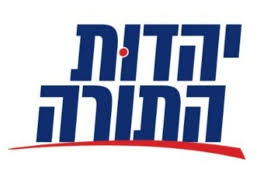 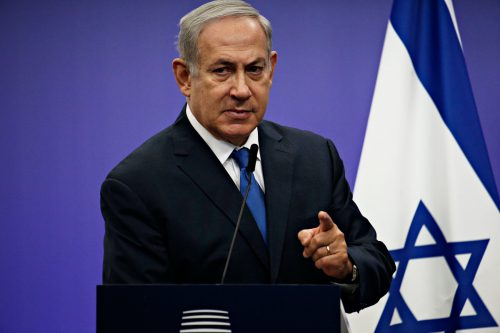 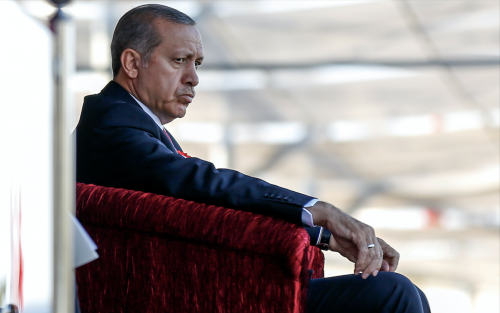 Does Erdogan offer a populist blueprint for Modi and Netanyahu? 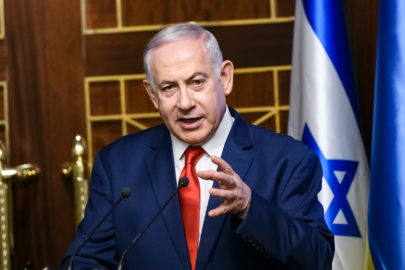 Benjamin Netanyahu, Likud and the uncertain fate of Israel’s democracy