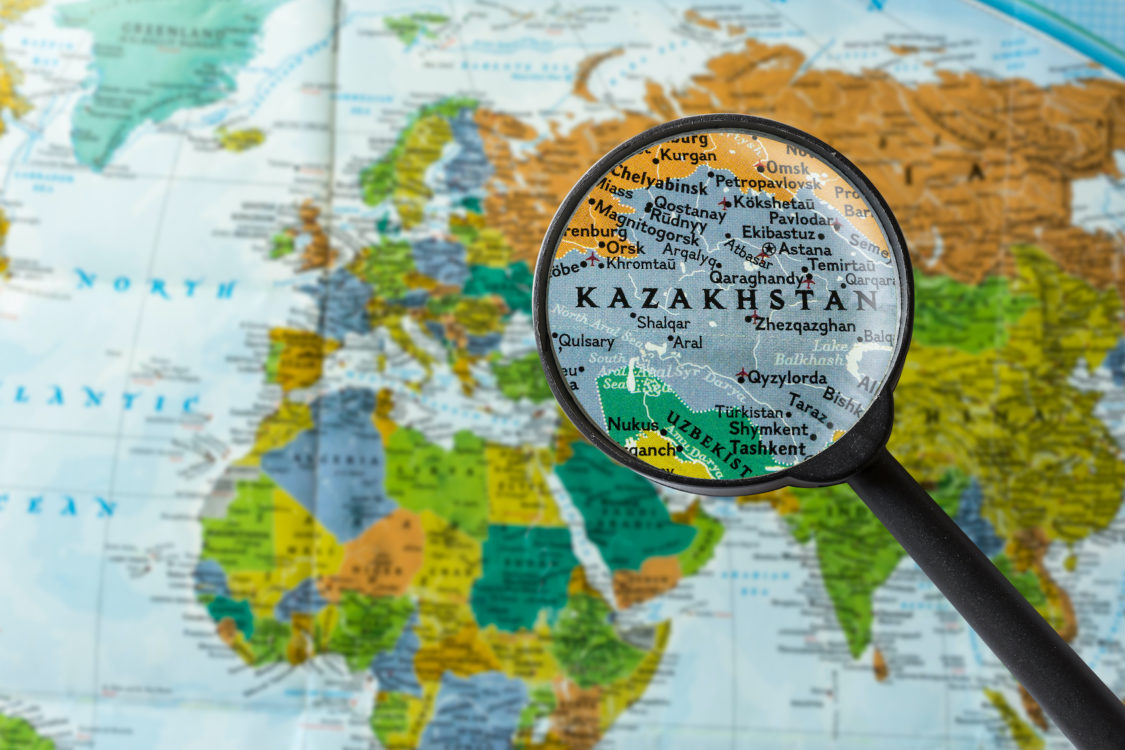 Kazakhstan’s Nazarbayev regime had in part owed its longevity to the populist narrative of Natalism that called for unity against so-called external and internal enemies. The use of amplified doom and gloom scenarios had established Nazarbayev as “the protector” of the nation, which earned him five consecutive terms in office. Now with a pseudo-reformist agenda, his hand-picked successor, Kassym-Jomart Tokayev, promises democratization and more freedoms.

The Republic of Kazakhstan is a transcontinental country mainly located in Central Asia with a smaller portion west of the Ural River in Eastern Europe. The earliest prominent civilizational influences found in the country can be traced back to the Persian Achaemenid Empire. Later, the country became the heartland of Mongol culture. Further Turkic influences shaped the cultural fabric of the region. The harsh and majestic landscape historically cultivated a culture of nomadism and tribalism. The Turkic Kazakh were the leading group in the region when Russia’s growing influence gradually absorbed the region into the Russian Empire (Shlapentokh, 2016).

Under two-and-a-half centuries of Russian rule, Kazakhstan was remodelled. Its territories were repeatedly redefined. Under Soviet rule, the region was integrated into Soviet Russia as the Kazakh Soviet Socialist Republic in 1936. Kazakhstan was the last of the Soviet republics to declare independence (Shlapentokh, 2016). Under the Soviet regime, the country had suffered from a period of mass unrest. The central mismanagement led to famine in the 1930s, leading to millions of deaths due to starvation. The era also witnessed a purge of various Kazakh cultural leaders by communist forces. A homogeneity campaign was carried out by Moscow.

Years of unsustainable exploitation of oil, gas, and minerals supported the Soviet regime. This activity came at a huge environmental cost (Shlapentokh, 2016). The rich deposits of ore and other natural resources attracted and promoted a huge influx of Russian migrants into the region. At its peak, the migration made Kazakhs a minority within their own historical lands. The testing of nuclear weapons further degraded the environment. Low population density in the region inspired the Soviets to carry out several nuclear tests.

By the 1980s, years of subjugation led to displays of anger by the Kazakh people. One such significant event took place in 1986. Mass demonstrations, led by young ethnic Kazakhs, were attacked by Soviet security forces. The clashes led to a number of deaths and injuries. The Jeltoqsan Riot played a significant part of the nationalist movement (Shlapentokh, 2016). Just a few days before the dissolution of the USSR, in 1991, Kazakhstan became an independent state.

Kazakhstan, like other Central Asian countries, has abundant and rich resources of oil and natural gas. The fossil fuel industry has sustained a major chunk of its economy. Such an over-reliance on the sector, however, has left the country to the mercy of extreme fluctuations in oil prices. Other potential industries, such as animal husbandry and tourism have largely gone underdeveloped (World Bank, 2020). Despite a bounty of natural resources, the income gap between the rich and everyone else has been growing markedly in the country. The privatisation of recourses has led to the creation of a wealthy elite, while access to the necessities of life in rural areas and increasing unemployment have become core issues facing the broader public (IMF, 2020).

Nursultan Äbishuly Nazarbayev ruled the country from independence until 2019. His early years in office were a union between the military and government that ultimately took the form of a dictatorship. Later limited efforts were made to pave a way forward for democracy. However, Nazarbayev’s newly founded political party, Nur Otan or Radiant Fatherland (Otan), had opted to maintain good, if not close, relations with Moscow, attaching Kazakhstan into the Commonwealth of Independent States (CIS) and later into the Eurasian Economic Union (EEU). From the country’s independence to his resignation in 2015, Nazarbayev was declared to have won at least five presidential elections in a row that were deemed not free and fair, and denounced as a sham by the credible international watchdogs. During his time in office, he made nationalism a key populist tool for his autocratic regime and often justified his highly centralized control as a necessity for the “welfare” and “protection” of the country’s true people (Busygina, 2019).

Nazarbayev’s first term in office was marked by rapid privatization of various state assets. It was a bid for economic modernization. These efforts were portrayed as in the interests of the welfare of “the people.” In reality, it promoted a culture of clientelism between Nazarbayev and a burgeoning elite. In other words, the Establishment minority benefitted the regime by lending support in return for favourable contracts of the assists being sold (Busygina, 2019).

The public was growing increasingly concerned about corruption. Four years into independence, the wealth generated by neo-liberal reforms wasn’t trickling down. To address this growing concern, the regime launched a program “to fight organized crime.” The campaign would target those who “hoarded wealth.” The “traitors” who endangered the national wealth were handpicked by Nazarbayev. He used them to “set an example” for others. This added to his strongman image. This populist narrative was used to support a 1995 referendum allowing Nazarbayev to stay in office until 2000 (Busygina, 2019).

By the second election, in 1999, the President’s party, Otan, came into being. The new party ultimately helped the President secure four more periods in office. Not surprisingly, he “won” each election with more than 90 percent of all votes. These elections were marked by a lack of transparency and claims of fraud.

The country’s GDP has improved throughout the 1990s, assisting Nazarbayev to portray himself as a reformer and a father figure. His cultivated personality and settled image in the eyes of the large masses, had enabled him to enact considerable constitutional changes to amass even more political power. For instance, in 2007, the changes allowed him to stay in office for an infinite time. He justified the amendment as a necessary step to “defend the interests” of the people. At the same time, Otan has increasingly absorbed all other pro-Nazarbayev parties, leaving the opposition weak. The remaining parties have been silenced due to Otan’s growing autocratic control.

Despite absolute control of all aspects of social and political life in Kazakhstan, several major opposition groups had appeared to have called out for transparency and raised concerns over growing corruption through mass public protests. Most of these protests, however, ended in brutal interference, outright killings and/or jail time for the participants. To ease tensions, the regime often made false pledges to start a “new era” where democratization and freedoms would be gradually introduced to society (Busygina, 2019). Needless to say, those promises went unfulfilled.

Low oil prices caused an economic crisis during Nazarbayev’s last term. Faced with the dual burden of unemployment and hyperinflation, discontent was high. In need of immediate revenue, the regime announced plans to sell off huge chunks of the country’s lands to foreign investors. The move sparked outrage as decades of selling off national assets was clearly not the solution. Nationwide protests demanded a change in the regime. The government used force to disburse the protests, leading to further turmoil (Human Rights Watch, 2020). It was during this time that Nazarbayev’s populism was at its height. He repeatedly “warned” the people that disunity would make them weak. He cited the example of Crimea to invite Russophobia. The prolonged anxiety in post-Soviet states over Russian intervention is a sensitive issue. Yet this doom and gloom scenario was not enough. It failed to calm the public. Nazarbayev further used Islamophobia, which was particularly potent following the Aktobe attacks. The attack was linked to ISIS militancy in the country.

In addition to using the fear of insecurity, Nazarbayev offered “concessions.” He made promises to democratize the country. The protestors, however, insisted that Nazarbayev needed to resign. Eventually having bowed down the mounting pressure, 78-year-old dictator announced his retirement live on TV on March 19th 2019. His resignation speech was filled with populist tones, in which he said to have left the office in benefit of the “younger generation” of politicians. While Nazarbayev has quit the government, he is still an active part of the party. He also continues to shape the country’s politics through his handpicked successor, Kassym-Jomart Tokayev. Tokayev’s secondary position has led many to speculate about him being a “puppet” (Kennedy, 2019). His promises for a reform is often perceived as empty words.

In terms of civil liberties, Kazakhstan is considered a not-free country (Freedom House, 2021). Kazak people lack even the most basic political rights and civil liberties while the national elections are heavily designed to ensure Nur Otan’s cling to power continues unanimously and uninterrupted. The lack of separation of power leaves the country wide open to rampant corruption as well as malpractice even at the highest levels of the government. According to the Transparency International’s corruption perceptions index, Kazakhstan ranked the 102 least corrupt nation out of 180 countries in 2021. That being said, however, the 2019 elections did show a glimmer of hope for some. With Amirjan Qosanov and his Ult Tagdyry Party finishing second in the race, the opposition for the first time secured some 16 percent of total votes. While there is no realistic opportunity for the opposition to increase its support or gain power through elections in near future, many still believes this first step is something to be celebrated (Egemberdieva, 2019).

— (2019). “Nazarbayev: I stepped down in the interest of the people of Kazakhstan.” EuroActive. May 16, 2019. https://www.euractiv.com/section/central-asia/news/nazarbayev-i-stepped-down-in-the-interest-of-the-people-of-kazakhstan/ (accessed on February 10, 2021). 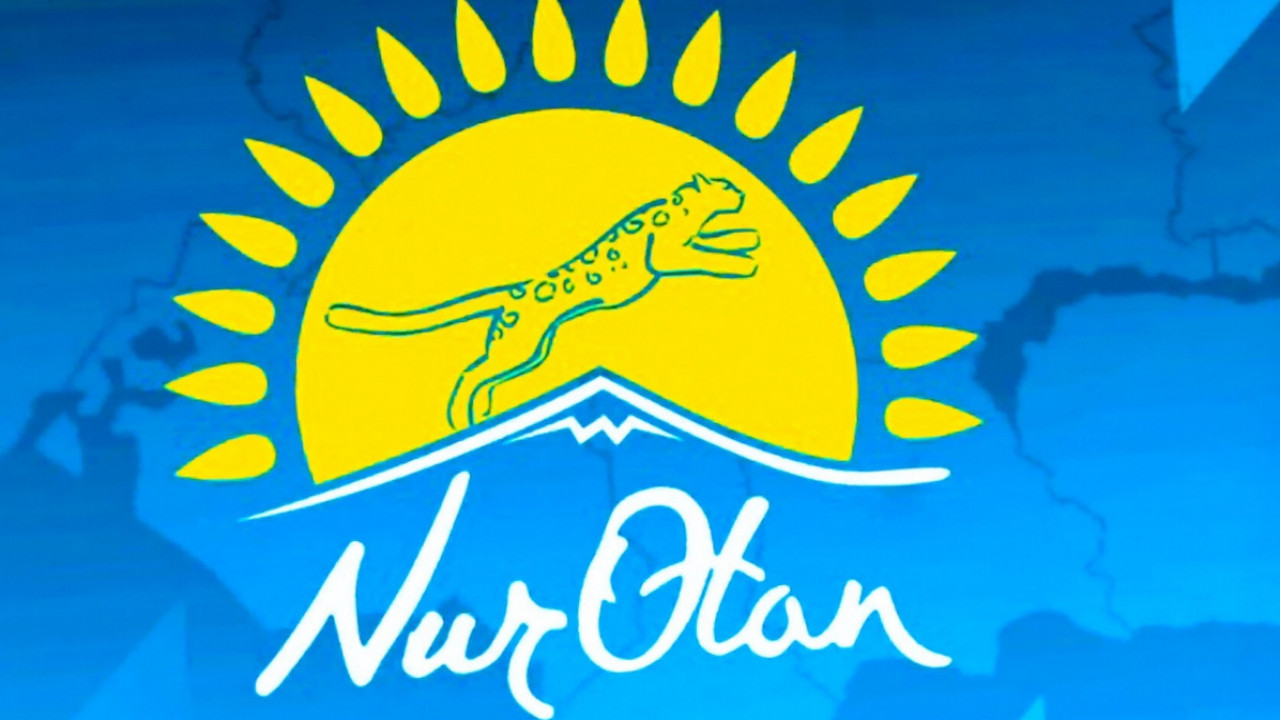 Position: 76/107 seats in the Parliament