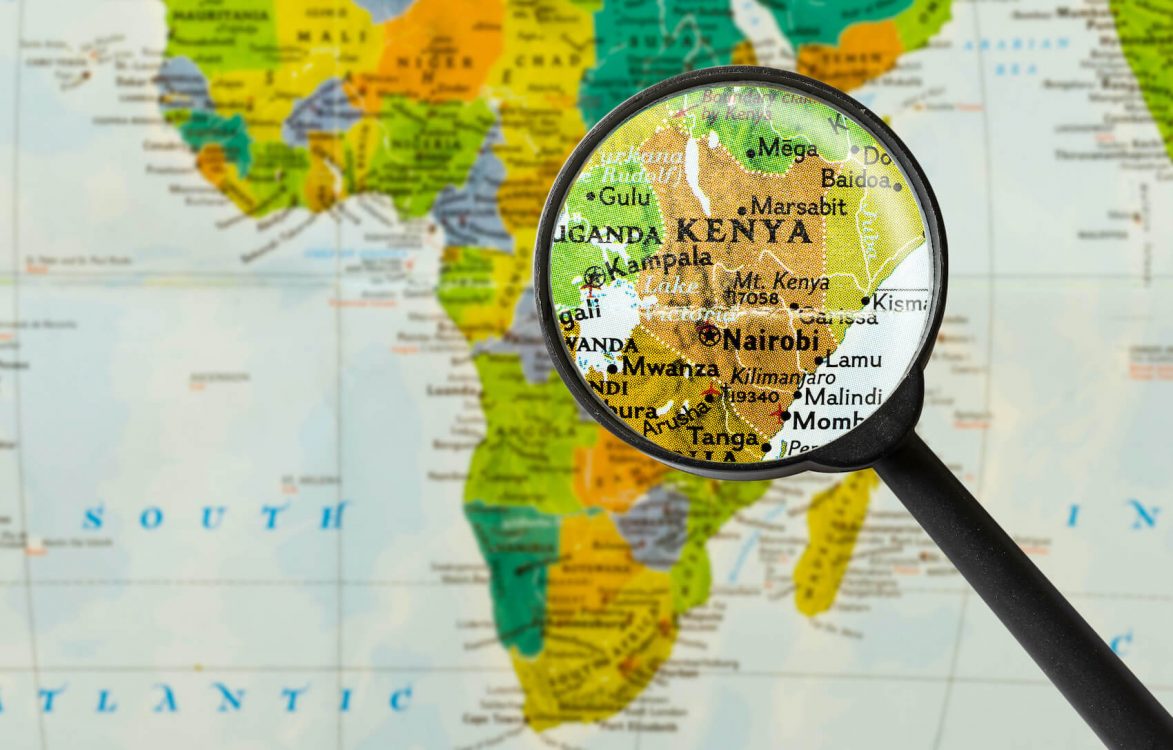 Incumbent President Uhuru Kenyatta is ineligible to seek a third term due to constitutional term limits. This, however, has not stopped him from appealing to identity politics and tribal rhetoric.

Located in Eastern Africa, Kenya, officially the Republic of Kenya, is the third-largest economy and the seventh most populous country in Sub-Saharan Africa (Mboua, 2020). Like many of its contemporary neighbours, the country’s colonial history dates to the late 19th century, when East Africa was scene for the showdown between the British and the Germans. Modern-day Kenya gained its independence from the British Empire in 1963 under the Kenya Independence Act of 1963, with the country’s first indigenous president replacing the monarch as head of state. Independence commenced a new era of governance in Kenya, with a single political party, named the Kenya African National Union (KANU), assuming power almost the next 40 years.

From 1964 to 2002, Kenya was governed by two right-wing, conservative KANU presidents, Jomo Kenyatta (1964-1978) and Daniel arap Moi (1978-2002). When Kenyatta became the country’s first executive president in 1964, he immediately introduced several key reforms to enforce a highly centralized oppressive regime, which turned the state bodies into apparatuses of the party. In 1966, a major amendment granted him the right to detain individuals without trial (Gertzel, 1970).

The centralized structure of the military and the police forces of the colonial era was maintained. Despite its revolutionary anti-colonial features, the Kenyatta government had quickly become the country’s new elite force, and thus did not take any significant populist turn while in power. For instance, the Kenyan economy remained capitalist and entrepreneurial, dominated by multinational corporations and foreign capital (Ochieng, 1995). He didn’t introduce any major populist agrarian-based political reforms aimed at improving conditions for the country’s poor masses (Arnold, 1974). That being said, however, the Kenyatta government pioneered several education and health care reforms as well as attempts at minor land redistribution. Such limited populist reforms and efforts to reinvigorate the economy, however, failed to repair Kenyatta’s image, which was marred by widespread corruption at all levels of the government, including his inner circle and family members (Boone, 2012). Today, while some still praise his mixed legacy of unique leadership at an important moment, many others believe it was an era of human rights abuses and state-sponsored violence and corruption.

Following Kenyatta’s death in office in August 1978, Kenya was ruled for the next 24 years by KANU’s Daniel arap Moi. Moi’s first several years were defined by struggles against several coup d’état attempts, as well as efforts to dismiss political opponents and consolidate his power (The New York Times, 1982). Akin to his predecessor, Moi was not a pure populist in nature. He embraced an authoritarian form of politics and distanced himself from the role of the classic charismatic leader that appeals to and claims to embody the will of the people in order to consolidate his own power. Throughout his rule, which was widely characterized by armed civil unrest and war, his regime did not put forth any palpable populist economic or social programs to promote the interests of common citizens, such as social programs to deal with an array of needs including but not limited to poverty, homelessness, and unemployment.

Anti-communism was one of Moi’s key themes. As such, his economic and foreign policy was often Western-oriented. Nevertheless, Moi often appealed to populist rhetorical strategic choices, at times of crisis in particular (Warigi, 2006). At the rhetorical level, he exhibited some of the most significant populist symptoms, namely right-wing nationalist speeches sauced with street wisdom and which emphasised his conservative awareness and experience in urban environments.

Until the end of the Cold War, the Western-bloc countries tolerated his increasingly oppressive but stable regime due to his anti-communist stance. With the dissolution of the Soviet Union and the end of the communist threat, however, he was eventually forced to restore a multi-party system. In 1992, the first multi-party general election was held since independence. While the election was marred by vote rigging, illegal interference, and the harassment of officials and opposition forces, the result was a victory for the ruling KANU and President Moi. The same controversy was repeated in the 1997 elections, with Moi managing to maintain his grip on power by winning some 40 percent of total votes.

The 2002 election turned a new page in Kenyan politics. Mwai Kibaki of the National Rainbow Coalition (NARC) became president after winning some 61 percent of total votes, defeating KANU’s Uhuru Kenyatta. Many believe that Kibaki, during his time in office, avoided a populist agenda, which, in turn, created the image of a distant technocrat, an intellectual who was out of touch with the large poor masses (Wrong, 2009). Perhaps Kibaki’s most significant legacy was his unprecedented economic performance. Kenya had had GDP growth from 0.6 percent in 2002 to 3 percent in 2003. In 2004, growth increased to 4.9 percent, and to 5.8 percent in 2005. In 2007, Kenya enjoyed 7 percent GDP growth. Additionally, the Kibaki government initiated nation-wide investments including in water, health, and education facilities.

Kenya’s progressive spring during the Kibaki era, however, began to go south when Uhuru Kenyatta, the son of former president Kenyatta, assumed the presidency in the 2013 elections. His victory marked the beginning of a populist trend dictated by Kenyatta and Raila Amolo Odinga of the Orange Democratic Movement (ODM). The two politicians, one as the president and the other as the main opposition, have each claimed to represent the “true people of the country,” increasingly appealing to identity politics and tribal rhetoric (Chengeta, 2017). Uhuru Kenyatta, in particular, has campaigned on a pure populist ticket, as he made seven “key pledges,” including food, water and electricity for all (Fitzgibbon, 2021). Among his other populist promises were security on the borders with Somalia and to fight against wide-spread corruption within the state bodies (Fitzgibbon, 2021).

In the 2017 election, Kenyatta again defeated hi rival, Raila Odinga. The result was annulled by the country’s Supreme Court on the grounds that “the election commission failed, neglected or refused to conduct the presidential election in a manner consistent with the dictates of the constitution,” (Burke, 2017). Following the ruling, Odinga said that it was a triumph for “the people of Kenya,” while Uhuru Kenyatta accused the judges of subverting democracy: “Who even elected you?” he asked the judges during a public speech (Chengeta, 2017). Today, Kenya is heading towards a new presidential election, scheduled to be held in 2022. Incumbent president Uhuru Kenyatta is ineligible to seek another term due to constitutional term limits.

In terms of civil liberties, Kenya is a partly-free country (Freedom House, 2020). Although Kenyan people enjoy regular multi-party elections, the country’s week institutions are a hindrance and leave Kenya open to rampant corruption as well as malpractice even at the highest levels of the government. In addition to the poor record of political rights, the country also scores relatively low in many categories such as personal freedom, same-sex relationships, and religious liberties. The UN’s Human Development Index ranks Kenya 143rd out of 189. Although the country is the sixth-biggest oil producer on the continent, nearly half of its population chronically live below the poverty line. Similarly, according to the Transparency International’s corruption perceptions index, Kenya is considered among the world’s most corrupt countries (Transparency International, 2020). Corruption is indeed a daily practice from the highest levels of government to the lowest. Many central figures in President Uhuru Kenyatta’s inner circle are known for their involvement in major corruption scandals.

Chengeta, Thompson. (2017). “Politics, populism and the law: who really speaks for the Kenyan people?” The Conversation. September 26, 2017. https://theconversation.com/politics-populism-and-the-law-who-really-speaks-for-the-kenyan-people-83889 (accessed on October 15, 2021.) 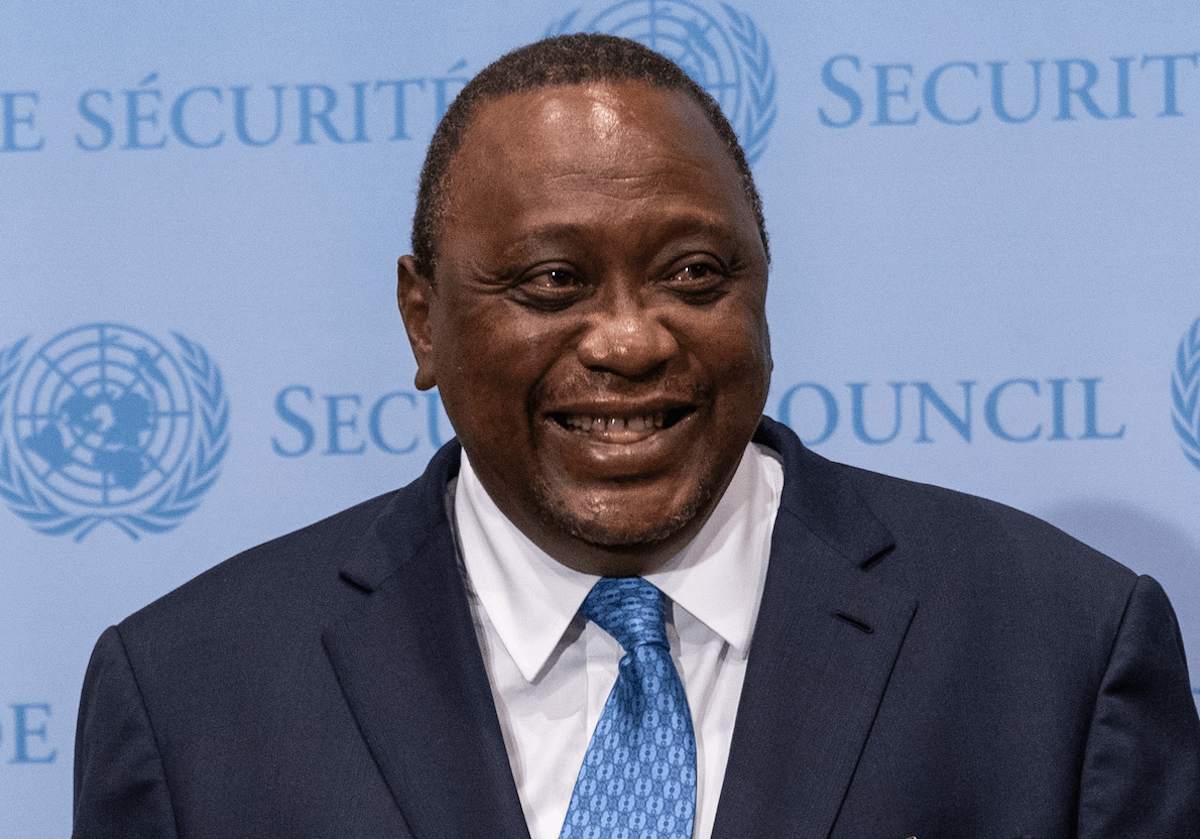 The Jubilee Party of Kenya 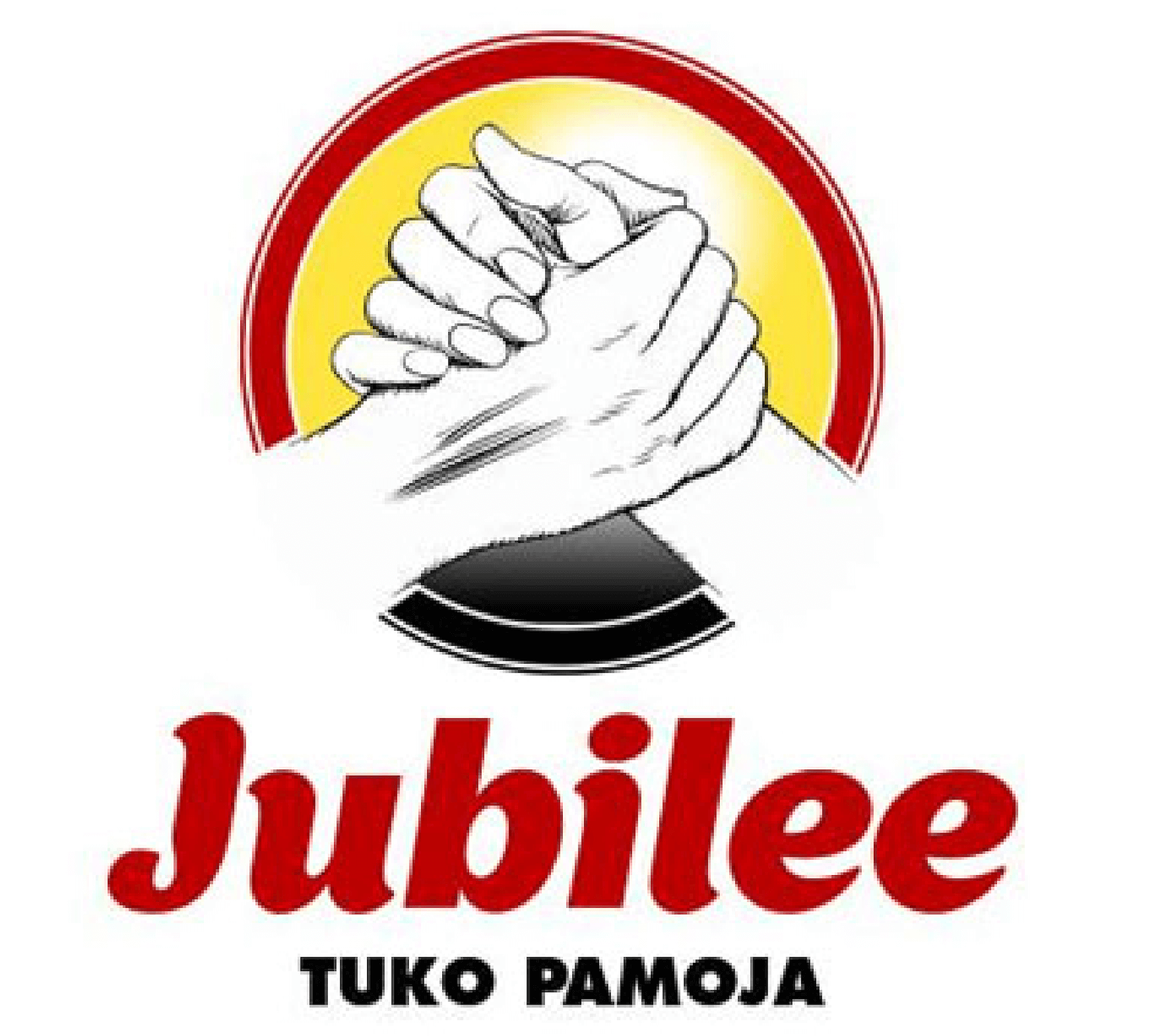 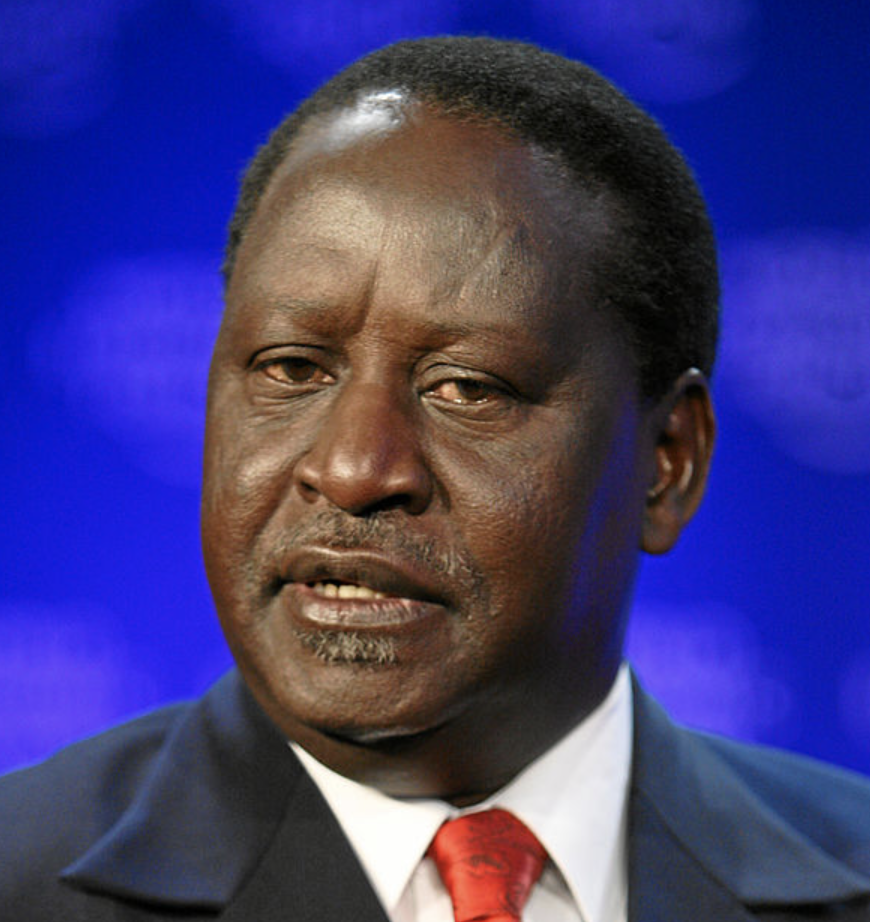 Position: Leader of the ODM 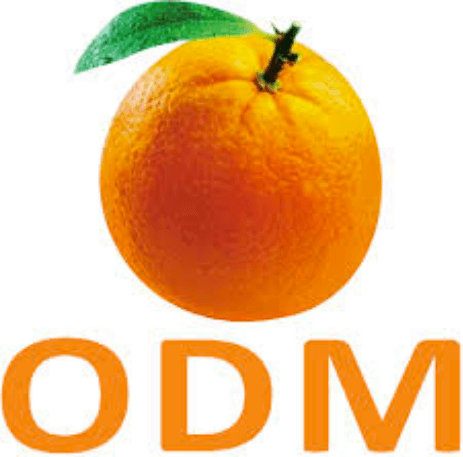