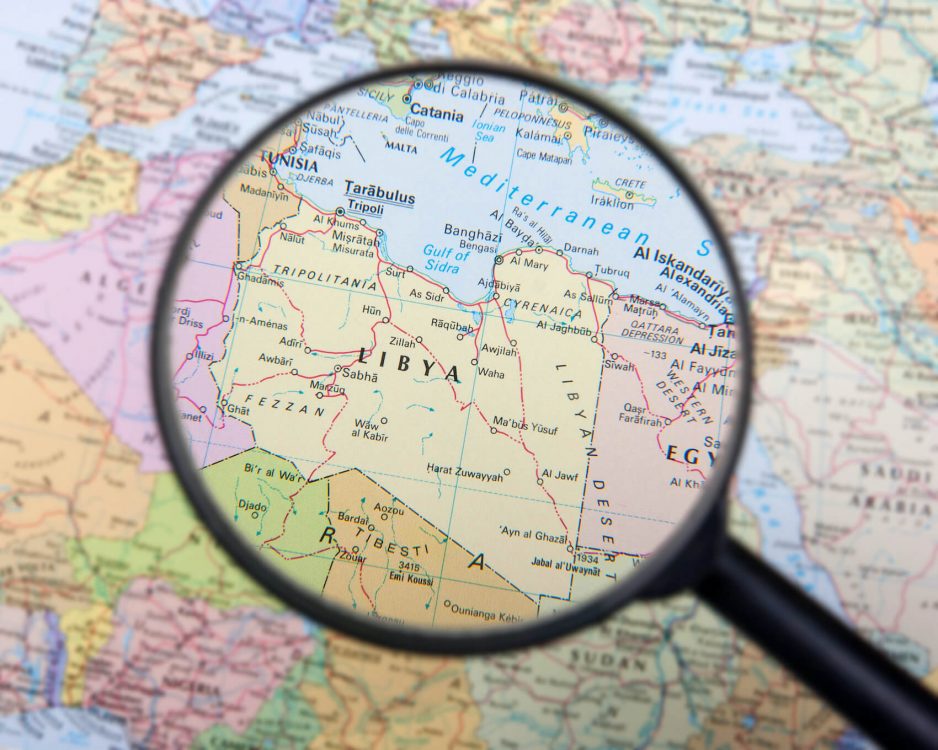 A decade after Gaddafi’s painful and costly farewell to Libya, the power vacuum continues to fuel deep internal division and violence. The chronic friction among the country’s rival political forces continues to diminish hope that there might be light at the end of the tunnel. Regardless of their position on the political spectrum, many major actors exhibit some of the symptoms of populist politics, particularly in the form of anti-corruption, traditional cultural values, Libyan nationalism, and Islamic democracy.

Located in the Maghreb region in North Africa, Libya, officially the State of Libya, is an oil-rich desert country with an ancient history. In more recent times, the country struggled with centuries of foreign rule. Today, it is widely known for its political factionalism and intercommunal violence as well as unpredictable, and potentially dangerous, security conditions.

Following centuries-long Ottoman rule over the territories that today fall within the borders of modern-day Libya, the Italo-Turkish War in 1912 ended in Italian occupation of Libya and the establishment of two colonies: Italian Tripolitania and Italian Cyrenaica. These two colonies eventually unified in 1934, forming the Italian Libya colony, which lasted until 1943. It then fell prey to British and French occupation from 1943 to 1951. King Idris al-Sanusi eventually declared Libya’s independence as a federal monarchy in 1951. The King, perhaps unsurprisingly, assumed significant political influence in a short span of time through a set of authoritarian moves including, but not limited to, banning all political parties and replacing Libya’s federal system with a unitary state (H. G., 1952). In an attempt to secure political and economic support from the West, the King’s non-populist autocratic regime also established close relations with the UK and the United States, which were allowed to open military bases in the country (H. G., 1952).

Libyans first encountered modern populism during the deposal of King Idris in a military coup led by Col. Muammar Gaddafi in 1961. The coup d’état marked the beginning of Gaddafi’s notoriously long rule; he remained in power for 42 years until he was killed in October 2011 by National Transitional Council (NTC) forces west of Sirte, between Tripoli and Benghazi. The Gaddafi regime was characterized by the use of a strong central power to preserve the political status quo, the rejection of political plurality, and a lack of rule of law and separation of powers. During his rule, Libya suffered from widespread corruption, nepotism, and an entrenched patronage system. However, prior to the beginning of the First Libyan Civil War in 2011, the 2010 UN Human Development Index—which measures health, education, and income levels—ranked Libya 53rd in the world, and 1st on the African continent (Mamdani, 2011). The country also had the highest gross domestic product (GDP) at purchasing power parity (PPP) per capita in all of Africa. Libyans had the lowest infant mortality rates and the highest life expectancy of any country on the continent (Blum, 2014).

Despite his relative success, Gaddafi’s rule was an iron-fisted form of governance sauced with heavy populism. For starters, throughout his career he strove to cultivate a cult of personality around himself through propaganda, pictures, posters, patriotic displays, and government-organized demonstrations and rallies. Since day one, songs and slogans bearing his name had become quite popular across the country as his pictures were displayed in streets, stores, government buildings, and hotels. His charismatic pictures in classy sunglasses also adorned the front page of all the national and local newspapers as well as the dashboards of taxi service vehicles, passenger vans, and buses.

All in all, Gaddafi’s populism was a very familiar one of left-wing revolutionary politics sauced with Libyan nationalism. He combined a quasi-Marxist-Leninism with an African brand of socialism as well as state capitalism. In his mind, his country was a victim of Western imperialism and, therefore, Libya’s true people would only be fully independent when they were protected from the colonial attacks of the West (Blundy & Lycett, 1987). He had always emphasized his tribal roots that made him one of the country’s “true people.” He often preferred to set up “bulletproof” tents protected by an all-female bodyguard force and greet visitors in these tents, including when on foreign visits in many different parts of the world (The Guardian, 2009).

Gaddafi’s anti-colonialist populism in his early years gradually turn into populist pledges to maintain Libya’s perpetual revolution in his later years. Depending on the needs of the time, one of the following ideologies was selectively spotlighted during his time in power: pan-Arabism, Islamism, or pan-Africanism. One thing had never changed: his claim that the regime embodied the will of the true people of Libya, and the Revolutionary Command Council was “the vehicle of national expression” that was designed to “raise the political consciousness of Libyans” (Grenier, 2011).

Soon after he assumed power, he introduced state socialism through widespread nationalization of all the major economic activity in the country, including the oil industry, and he advocated for the political, cultural, and socioeconomic unity of Arabs across the different states that emerged after decolonisation. By the early 1970s, he had institutionalized his unique style of government designed to achieve his self-proclaimed utopian model state, known as the Third International Theory. His theory was composed of three chapters: 1) Solving the problem of democracy (People Power); 2) Solving the problem of the economy (Socialism); 3) The public aspect of the “Third International Theory.” Together they proposed significant populist solutions to the many challenges of everyday life, including those facing women, the education system, wealth distribution, and political inclusion (Hjärpe, 1976).

In theory, his country was a model state: the Utopia, a democracy of the true people, governed by the Revolutionary Councils. But in practice, Libya was simply a one-man dictatorship, where wealth and political influence remained tightly under Gaddafi’s control. His unchecked regime, therefore, produced thousands of dirty and dark crimes that included the slavery of thousands of women who were kidnapped, raped, and sexually abused for years (Cojean, 2014).

The Gaddafi regime experienced a full-scale revolt during the Arab Spring, beginning in February 2011. In less than a month, some parts of the country had begun to fall into the control of the coalition of opposition forces. On October 2011, Gaddafi was killed by rebel fighters and only three days later, the National Transitional Council (NTC) declared that Libya was “liberated” from the decades-long dictatorship. An interim 200-member national assembly was formed after the first parliamentary elections held on July 7, 2012, in an attempt to replace the unelected NTC. Following the 2014 parliamentary election, The Second Civil War erupted between different armed groups, mainly the newly elected House of Representatives (HoR) and the outgoing Government of National Accord, which rejected the election results. The country was racked by internal divisions and intermittent civil conflict once again.

A fragile peace has been achieved as of 2021 with the formation of a national unity government that unified the Second Al-Thani Cabinet of the House of Representatives and the Government of National Accord. Yet, it is still safe to argue that country’s politics remain in an uncertain state. A decade after Gaddafi’s painful and costly farewell to Libya, the power vacuum continues to fuel deep internal division and violence. The chronic friction among the country’s rival political forces continues to diminish hopes that there might be light at the end of the tunnel. Indeed, the postponement of the presidential and parliamentary elections several times in the past year, has so far left the provisional government in power; there is significant concern over the potential downfall of the fragile peace.

Currently, there are over 20 political parties in The General National Congress, with the National Forces Alliance being the largest one with 39 seats. Pretty much all the major parties exhibit some of the symptoms of populist politics, particularly in the form of anti-corruption, traditional cultural values, Libyan nationalism, and Islamic democracy. For instance, the Justice and Construction Party (JCP) and The Homeland Party (HP) are the two right-wing parties that champion Islamism, Islamic democracy, and sharia law as the foundation for new legislation. On the other hand, The Union for Homeland (UH) advocates decentralization on a local level.

In terms of civil liberties, Libya is considered a “not free country” (Freedom House, 2021). Since Gaddafi’s deposal in 2011, Libyans have participated in two parliamentary elections, both of which turned out to be highly controversial. With the postponement of the December 2021 election, Libya entered yet another period of deep political crisis with no sight in end. The lack of an established electoral process has yielded chronic challenges of legitimacy among major political forces, making the so-called transitional process permanent in Libya. In addition to the poor record of political rights, the country also scores relatively poorly in many categories such as personal freedom, same-sex relationships, and religious liberties. In the 2021 UN’s Human Development Index, Libya ranks 105th out of 189. Despite a bounty of natural resources in the country, some 33 percent of the total population live at or below the poverty line (The Borgen Project, 2020). Similarly, according to the Transparency International’s corruption perceptions index, Libya ranks 172 out of 180 countries, considered among the world’s most corrupt countries (Transparency international, 2021).  For now, only time will tell whether the country’s opposing political forces will be able to set aside their differences and find enough common ground to overcome the fundamental problem of legitimacy.

The Justice and Construction Party 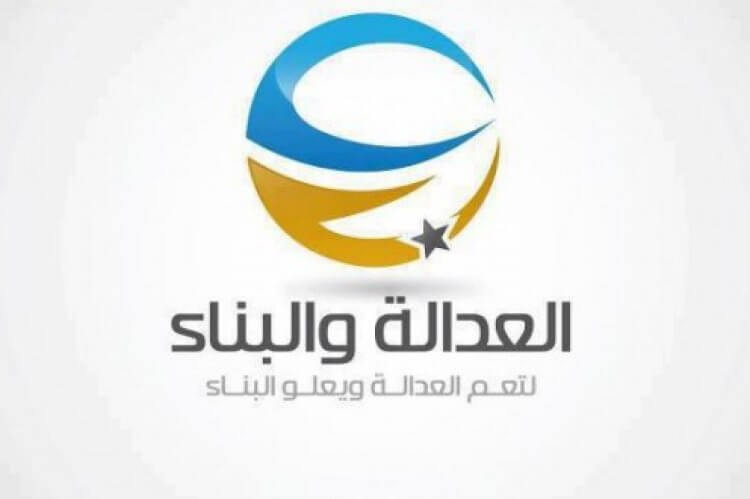 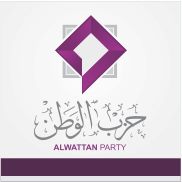 The Union for Homeland 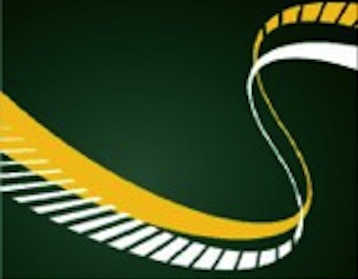