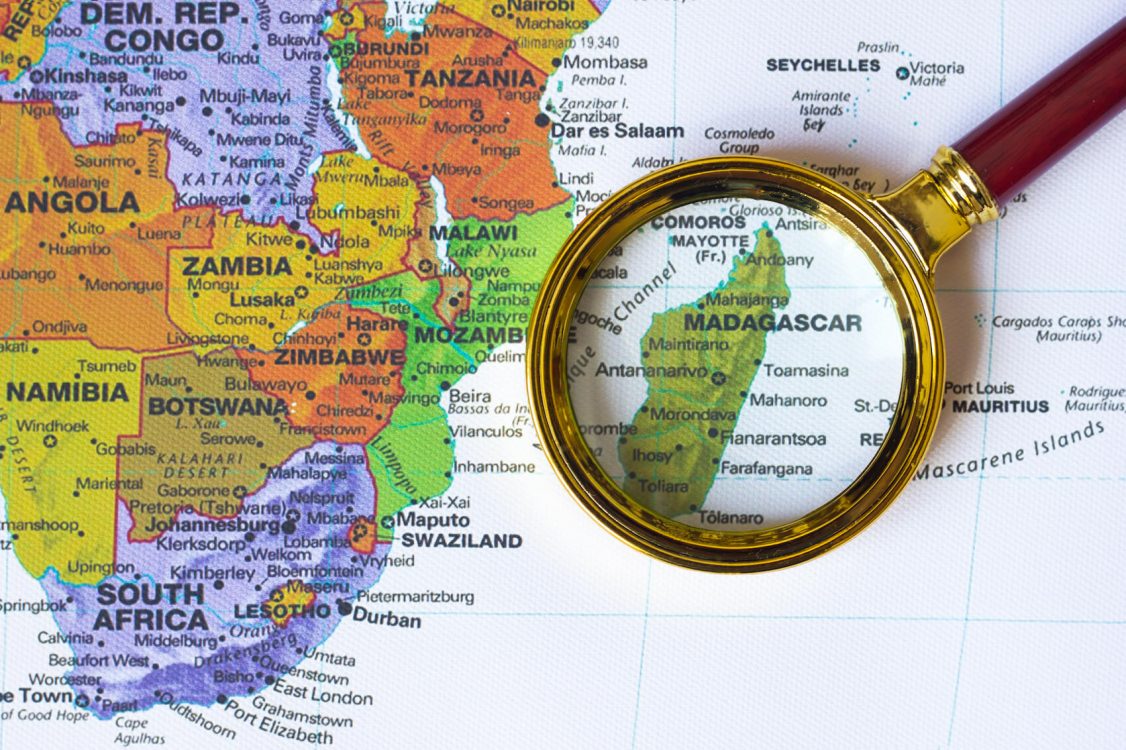 Rajoelina’s presidency has so far been characterized by the 2021 food insecurity crisis as well as his controversial response to the COVID-19 pandemic, during which he promoted an unproven herbal remedy as a cure.

Located in the Indian Ocean, Madagascar, officially the Republic of Madagascar, is the world’s second-largest island country after Indonesia. The country’s colonial history dates to the mid-16th century, when the first settlements were established on the south coast of the island. Following French involvement in the 17th century, Madagascar gained prominence as a stop for European traders. The island eventually became a full-fledged French colony in 1897 and remained so until achieving full independence on June 26, 1960, under the name The Malagasy Republic, a.k.a. the First Republic. Independence commenced a new era of governance in Madagascar, with Philibert Tsiranana becoming president under the ruling Social Democratic Party of Madagascar (SDP). While the Tsiranana regime maintained significant popularity among the large masses, a series of popular protests by farmers and students led to the collapse of the government and the First Republic in 1975.

Populism in the country dates to the declaration of a Marxist–Leninist one-party socialist state under the name the Democratic Republic of Madagascar, in 1975. For the next 17 years, Madagascar was ruled by Didier Ratsiraka of The Malagasy Revolutionary Party, better known as AREMA. From the outset, the Ratsiraka regime pioneered a socialist “revolution from above,” as part of which a set of political and economic reforms were introduced. His “Red Book” a.k.a. the Charter of the Malagasy Socialist Revolution, guided the regime to radically reform the Malagasy society in accordance with socialist programs and principles (Thompson, 2004). Accordingly, Ratsiraka employed a populist tone in his public addresses, pledging to establish a fully independent Madagascar owned and led by peasants, workers, young intellectuals, women, and the Popular Armed Forces (Metz, 1994). Less than three years after taking power, however, the regime’s nation-building efforts had begun to slow down due to very poor economic performance (Metz, 1994). Due to popular disenchantment caused by severe shortages of food and basic essentials as well as increasingly loud opposition voices, the regime gradually abandoned its socialist fantasies and initiated economic reforms put forth by the International Monetary Fund (IMF).

Following the approval of a new constitution in a national referendum on August 19, 1992, the Third Republic of Madagascar was inaugurated on March 27, 1993, with Albert Zafy becoming the country’s 4th president. Despite high expectations of democratic consolidation, The Third Republic, however, was a period characterized by social and economic problems as well as unstable governments. It should be noted that Marc Ravalomanana, as the very last president of the third republic from 2002 to 2009, stood out among his predecessors not only due to his populist political style but also his wealth and his efforts to construct an image of himself as a “self-made man” (Geslin, 2007).

Upon winning the 2001 election against Didier, Ravalomanana initiated a popular reform mobilization (UN Public-Private Alliance for Rural Development, 2006) that included the construction of thousands of schools, hospitals, and highways across the country. He also established the long-debated Bureau Indépendant Anti-Corruption (BIANCO) in an attempt to investigate widespread corruption by the previous governments. Among his social assistance programs were declarations of emergency support for food security, education and social protection. Many of these popular policies came heavily equipped with Ravalomanana’s populist rhetoric, in which he championed his anti-establishment bona fides and background of humble origins. Due to his successful past in business—he owns the largest domestically owned business, TIKO—he often claimed that as an outsider he would reform the country and make the reforms that corrupt politicians never could. However, when growing unrest in 2009 killed at least 135 people Ravalomanana was ousted from the presidency following opposition protests supported by the military (Ratsimbaharison, 2017).

A year later, a new constitution approved by a national referendum established the current Fourth Republic. Hery Rajaonarimampianina was declared the winner of the presidential election in 2013. During his presidency, he was widely criticized for undermining the country’s principle of secularism by sponsoring and at times attending church gatherings across the country. The opposition even submitted a motion of impeachment for improperly dragging religion into politics due to the President giving speeches in churches (Rabary, 2015). Rajaonarimampianina eventually resigned in September 2018 to declare his candidacy for the 2018 election, which ended in victory for Andry Nirina Rajoelina.

While Rajoelina is not perceived as a classic populist, charismatic leader, his presidency has so far suffered from certain illusions of populism. For starters, his presidential campaign was based on several major populist economic promises and initiatives that promised unprecedented social and economic development. He campaigned that his development programme, named “the Initiative for the Emergence of Madagascar,” would provide flagship ideas, large-scale projects, and real growth engines “for the development of key sectors of the economy impacting on the standard of living of the population” (Initiative Emergence Madagascar, 2018). Similarly, he promised to build cable cars in the capital Antananarivo before the 2023 Islands Games (Linfo, 2021). His actual presidency, however, has been characterized by the 2021 food insecurity crisis as well as his controversial response to the COVID-19 pandemic, during which he promoted an unproven herbal remedy as a cure (Nordling, 2020). As of 2022, Rajoelina is increasingly exhibiting authoritarian tendencies, signalling his desire to remain in power after the completion of his first term. Based on rumours of an alleged assassination attempt against himself, he had several high-ranking army and police officials arrested in August 2021. It is, however, too early to determine how far he might go to hold on power.

In terms of civil liberties, Madagascar is a partly-free country (Freedom House, 2021). Malagasy people have enjoyed regular multi-party elections since the country’s return to electoral politics in 2013. That being said, the country’s weak institutions are a hindrance and leave Madagascar wide open to rampant corruption as well as malpractice even at the highest levels of the government. In addition to a relatively poor record of political rights, the country also scores relatively poorly in many categories such as personal freedom, same-sex relationships, and religious liberties. In the UN’s Human Development Index, Madagascar ranks 164 out of 189. Although the country is famous for the opulence of its subsoil and geo-diversity, nearly 75 percent of the population lives on less than $1.90 per day (The Borgen Project, 2020). Similarly, according to the Transparency International’s corruption perceptions index, Madagascar is considered among the world’s most corrupt countries (Transparency International, 2021). Corruption is indeed a daily practice from the highest levels of government to the lowest.

Ratsimbaharison, Adrien (2017). The Political Crisis of March 2009 in Madagascar: A Case Study of Conflict and Conflict Mediation. Rowman & Littlefield.

Geographic Location: Southern Africa, an island in the Indian Ocean, east of Mozambique 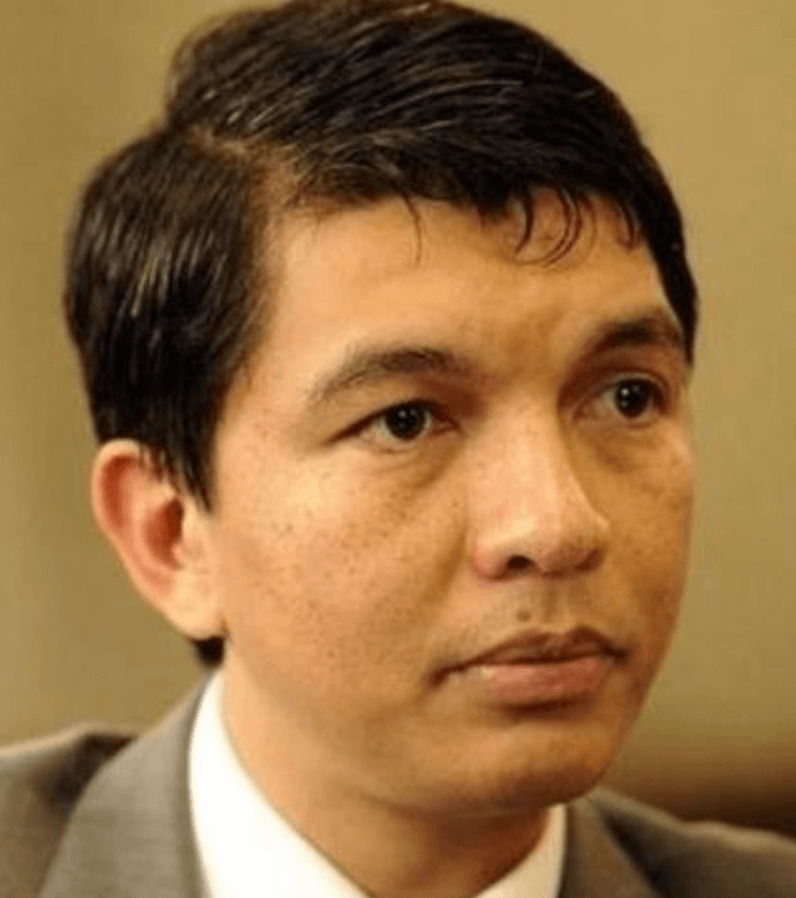