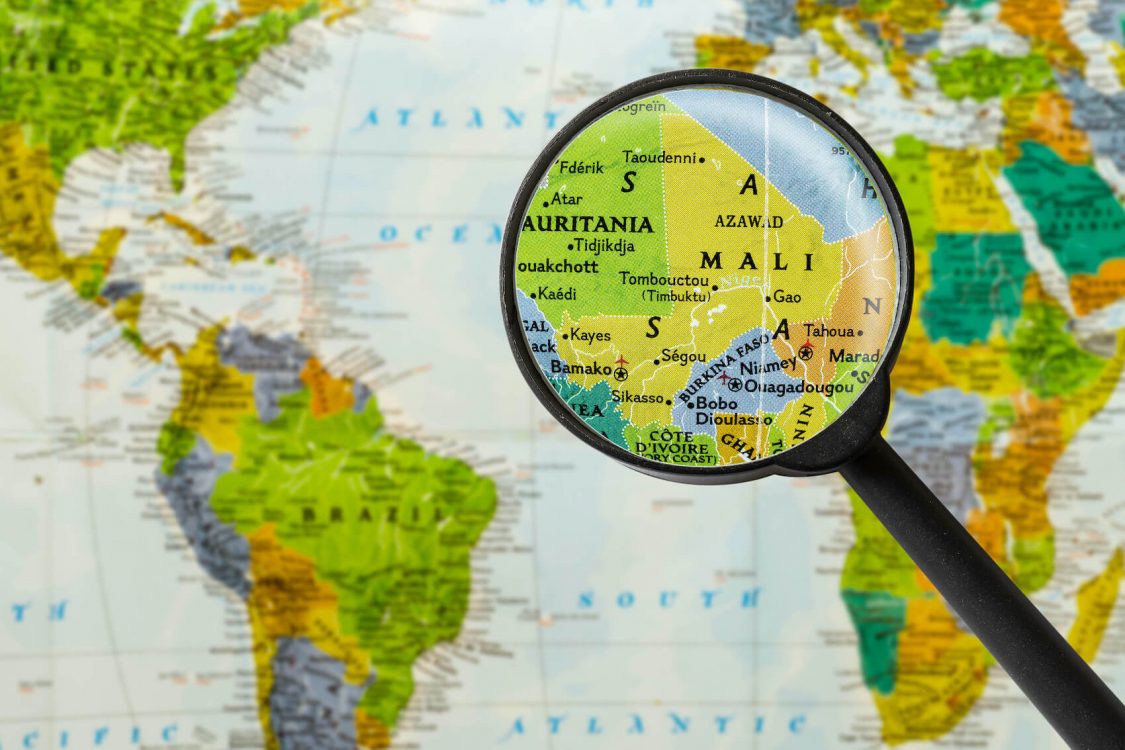 Since President Keïta’s departure from power in 2020, several major populist figures have emerged as the most potent challenge to Mali’s widely discredited political establishment. Mahmoud Dicko, often dubbed the “Imam of the People,” is today considered the de-facto head of the country’s opposition.

Located in West Africa, Mali, officially the Republic of Mali, is a landlocked country with some 65 percent of its land area lying in the Sahara Desert. It is the third largest producer of gold on the African continent, and one of the leading exporters of salt worldwide. Mali, however, is mostly known for a long history of military coups d’états and authoritarian rule, as well as civil conflicts fuelled by intense and deep frictions between the country’s social, religious, and political groups. Ever since achieving independence from France in 1960, the country has been ruled either by authoritarian governments or by the military elite and their political designees.

When Mali became an independent state in 1960, the leader of the strongest labour union in the country, Modibo Keïta,became the effective president. Keïta, along with Moussa Traoré, quickly asserted full control over the country’s politics. In 1960, they declared a one-party state with The Sudanese Union – African Democratic Rally (US-RDA) as the sole legal party. In the 1964 general election, it was announced that US-RDA secured 100 percent of total votes, winning all the seats in the National Assembly.

While he made name for himself as a socialist and anti-slavery politician, Keïta managed to maintain close relations with the West, the US and the UK in particular. However, he personally initiated a set of economic reforms to create a system with a command economy, in which the means of production were publicly owned and controlled by the central authority. Over the years, however, he ended up with a more pragmatic foreign policy agenda, which opened the doors to economic aid from both the western and eastern blocs. He was eventually overthrown by a military coup in 1968, led by once his close ally General Moussa Traoré.

The 1968 coup d’état marked the beginning of General Traoré’s long rule as Mali’s second president. Upon assuming office, Traoré reversed some of his predecessor’s socialist policies, while the power and the authority were heavily concentrated in the hands of the military elite, which took all the key decisions and performed most functions. Through the county’s police force and military, Traoré exercised an extreme level of control over civil society, civil rights as well as political liberties, including over elections. In the highly controversial 1979 election, his new party, the Democratic Union of the Malian People (UDPM), was announced to have secured 100 percent of total votes; Traoré was the only presidential candidate on the ballot. He later repeated a similar electoral “success” in the 1985 election. Traoré ruled as an autocratic dictator for twenty-two years, until he was overthrown in 1991 (The Washington Post, 2020).

The 1992 presidential election launched a new era in Mali’s political sphere. Alpha Oumar Konaré became the country’s first elected president, receiving some 69 percent of the vote in the second round against US-RDA candidate Tiéoulé Mamadou Konaté. He repeated a similar victory in the 1997 election, receiving almost 84 percent of total votes. His presidency was characterized by his efforts to restore democracy and improve the economy through a set of political and economic reforms; several major privatization projects were initiated, and social spending was reduced significantly. Despite his limited populist rhetoric and policies such as bringing the continent’s most prestigious football tournament, the African Cup of Nations, to Mali in 2002, Konaté was not regarded as a populist president. However, some of his historic speeches propagated some populist views, especially during his interactions with Western countries on issues such as slavery, colonization, and genocide (Democracy Bridge, 2007.)

Amadou Toumani Touré became the second democratically elected President of Mali in the 2002 general election when he secured 65 percent of total votes in the second round. In 2007, he was re-elected to a second and final term—albeit a term that ended when he was overthrown by a coup led by low-ranking soldiers in reaction to the government’s failure to end a separatist rebellion in the country’s north (Lewis & Diallo, 2012). Touré was by no means a populist president. Indeed, his regime is today remembered for its establishment features, such as widespread corruption and ineffectiveness against the proliferation of revolutionary radical jihadi fighters and narco-traffickers in in Mali’s northern desert regions (Whitehouse, 2020).

Touré’s departure from power triggered a period of instability. In the 2013 elections, Ibrahim Boubacar Keïta defeated Soumaïla Cissé in the second round with some 77 percent of total votes. In the 2018 election, he repeated a similar victory, winning a second term. Coming from a relatively privileged family, Keïta did his primary, secondary, high school, and university education in Mali, Senegal and France, at a time when a large majority of Mali’s population lived well under the poverty line. He earned a master’s degree in history and a diploma of advanced studies in politics and international relations from the University of Pantheon-Sorbonne in 1984. During his studies in Europe, he was actively involved in politics and therefore had the opportunity to become friends with several important figures, such as Alpha Condé, who later became Guinea’s president (Kanté, 2022). Upon his return to Mali, he assumed several different high-ranking positions, including senior diplomatic adviser and spokesman for the president and Ambassador to Côte d’Ivoire, Gabon, Burkina Faso, and Niger. When he eventually became the president in 2013, many perceived him as a member of the country’s technocratic elite rather than a populist figure. His presidency was characterized by a security and political crisis following the outbreak of independence and jihadist insurgencies in 2012. His failure to put an end to the grave security challenges ended in his overthrow by the military in August 2020. Currently, Colonel Assimi Goïta, a Malian military officer, is serving as interim President.

Since Keïta’s departure from power in 2020, several major populist figures have emerged as the most potent challengersto the widely discredited political establishment. Mahmoud Dicko, a Malian Salafi imam from the Tombouctou Region, has surged on the heels of strong popular frustration over widespread corruption, cronyism, weak public services, lack of national leadership, as well as the government’s decades-long inability to end to inter-communal and jihadist violence. Often dubbed the “people’s imam,” Dicko opts to define himself an outsider: “I am not a politician, but I am a leader and I have opinions. If that is political, then yes, I am political,” he told French-speaking magazine Jeune Afrique (Houeix, 2020). Over the course of the past several years, he has managed to mobilize tens of thousands of people and, therefore, is considered the de facto head of the country’s opposition.

Today, under the military regime, Mali is virtually a phantom state, suffering under a bloody war economy, widespread corruption, and lack of institutional capacity as well as a political system that favours the ruling elites. Over the past two decades, the country has experienced three military coups, countless rebellions as well as the widespread proliferation of violent non-state actors in the country’s many remote areas. Most immediate issues like extreme poverty, homelessness, and unemployment have gone unaddressed.

The UN’s Human Development Index ranks Mali 184 out of 189 countries (Human Development Index, 2020). Similarly, in terms of civil liberties, Mali is considered a not-free country (Freedom House, 2021). Elections are often overshadowed by ongoing violence. The country’s lack of institutional capacity leaves the Mali wide open to rampant corruption as well as malpractice even at the highest levels of government. In addition to the poor record of political rights, the country also scores relatively poorly in many categories such as personal freedom, same-sex relationships, and religious liberties.

— (2007). “Remarks by Commision of the African Union Chairman Alpha Oumar Konare.” In: Democracy Bridge: Multilateral Regional Efforts for the Promotion and Defense of Democracy in Africa and America. Report of a conference held at the OAS Headquarters. Washington, D.C. (July 10, 11 and 12, 2007). 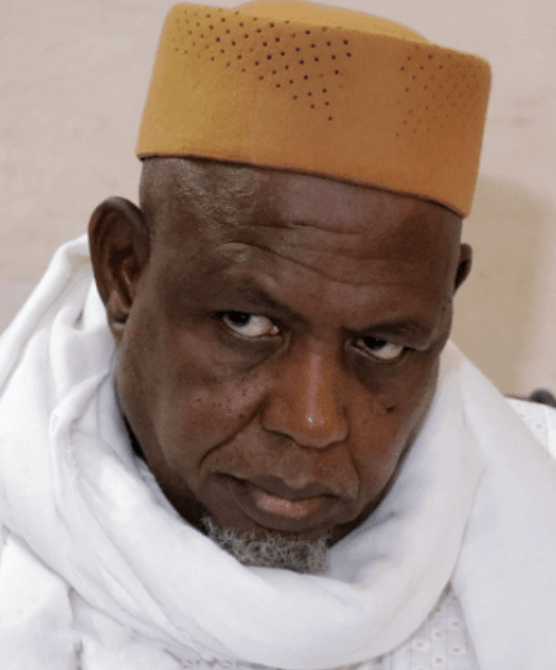 A Malian Salafi imam and a politico-religious leader

The Alliance for Democracy in Mali – African Party for Solidarity and Justice, ADEMA-PASJ 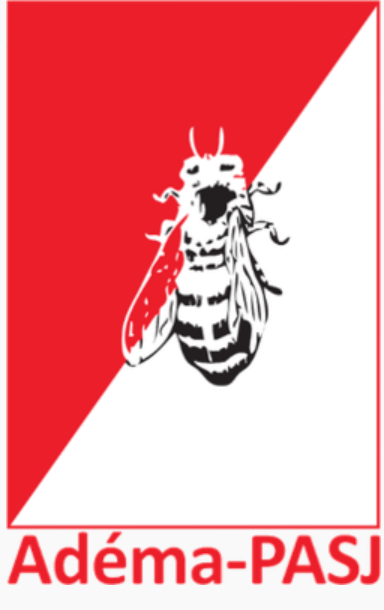 Position: 24/147 seats in the National Assembly.

African Solidarity for Democracy and Independence 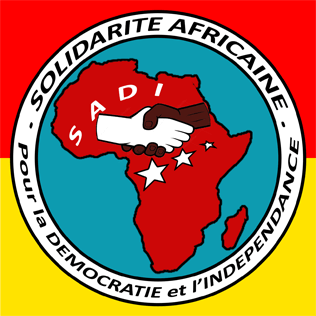