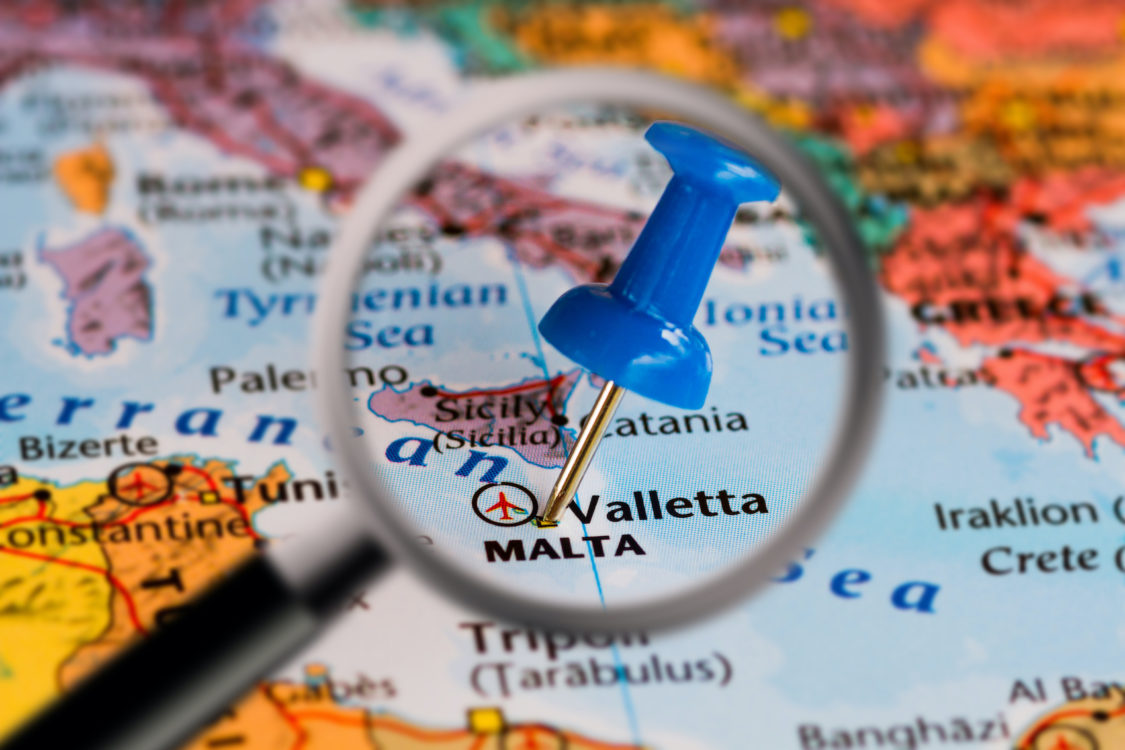 At first glance, Malta seems immune to populism: it has two major political parties that have not used populism. Yet, upon closer inspection, it’s clear that economic progress and relative social harmony have actually paved the way for populism. Leaders such as Joseph Muscat have used their successful economic policies to increasingly become authoritarian. His predecessor, under mounting public pressure, also assumed populist measures and rhetoric. Muscat presents himself as the man of “law and order.” The populist divisiveness on the issue of migration is also a key factor. Malta has become home to a number of small but vocal far-right parties who have increasingly used crude and violent verbal attacks against immigrants, non-Catholics, the LGBTQ+ community, and women’s rights groups. They have perceived these “other” groups as a threat to “true” Maltese culture.

Malta, a South European country, has a rich cultural history, thanks to the diverse groups who have been attracted to the island due to its strategic location between mainland Europe and North Africa. Its location in the Mediterranean is a key feature of its diversity. It has experienced rule by various cultures, even pre-dating the Greeks and Romans. Malta has been home to Arabs, Catholics fighting under the Pope, the French, and the British. Most have used it as a strategic naval base, a transit route, and trading hub.

Historically, independent monarchies have existed in Malta in addition to the island being colonized by foreign powers. In contemporary history, the British laid claim to the region following the Treaty of Paris in 1814. Malta’s location in relation to the Suez Canal increased its value over the course of the 19th century. During the First World War (WWI), Malta played a key role, managing supplies and defending the frontlines for the allied forces. It was a key station for hundreds of wounded soldiers who received care on the island. Similarly, during World War Two (WWII), Malta become an important defensive location. The country achieved independence in 1964, although it retained the British monarchy. In 1971, Malta became a republic within the Commonwealth. As such, the country has a Westminster-inspired system. Within the system, the prime minister heads the government while the president is a ceremonial head of state.

Politics has been dominated by two parties. The Labour Party leans centre-left, while the Nationalist Party is conservative and centre-right. The democratic indicators and freedoms in the country are strong. Overall, there has been relative prosperity. Malta has a strong welfare system and is also a member of the European Union (EU). The country has established itself as a creditable hub of the services sector in the Mediterranean region (NordeaTrade, 2021). Moreover, its religious diversity has been welcoming to immigrates from Europe and non-EU regions. The country is free from socio-political tensions (Freedom House, 2021). However, cheap labour due to migration and a refugee-influx form North Africa is a growing concern and has fuelled anti-immigrant sentiments. Despite relative economic success, the Covid-19 pandemic has adversely impacted Malta’s economic growth (NordeaTrade, 2021).

Unlike most European countries Malta has yet to see a major populist party in power. The country has seen the emergence of three right-wing parties over the last two decades. These parties have based their populism on Euroscepticism, anti-immigration, social conservatism, and the economy.

It was under the conservative leadership of the Nationalist Party (PN) that the country entered the EU in 2008. Its entry was widely accepted. The Labour Party (LP), in 2003, was staunchly opposed to Malta’s membership in the EU. Yet once Malta was part of the Union, the LP’s Eurosceptic policies changed. It embraced a pro-EU stance. Thus, both major political parties are pro-EU. This has created a vacuum in which smaller, far-righ groups have voiced their Eurosceptic views.

In 2013, the LP’s Joseph Muscat was elected Prime Minister. His first term was focused on a reformist agenda. The country witnessed marked growth, and the term was prosperous. The Muscat administration introduced a host of measures to benefit the populace, including increases in the minimum wage and the a partial privatization of the health care system. Early in his second term, Muscat was able to pass legislation legalizing civil unions. Various funding programs were directed at low-income and single-parent families (Hudson, 2019). Muscat resigned fowling the murder of journalist Daphne Caruana Galizia. The former Prime Minster was affiliated with multiple suspects.

Despite its inglorious ending, a large part of his tenure was a success for the party. Yet it can be said that Muscat, at least to an extent, displayed tendencies of a populist authoritarian. He had massive electoral support and was able to retain it through strong economic interventions. To achieve these, at various times, his administration bypassed ministerial accountability. A close and favoured “kitchen cabinet” was the centre stage of major decisions. Since Muscat was delivering results, his supporters did not object to the transgressions. Increasingly, the judiciary and top police members were also being handpicked to ensure a pro-government attitude (Trevisan, 2021). It was not surprising that under such circumstances, the public office was influenced by business interests. Malta’s governance became a “one-man show, ”with the Prime Minister at its centre. Various other powerful offices and institutions, such as the president, parliament, cabinet of ministers, judiciary, ombudsman, etc., became less relevant (Rettman, 2018).

Robert Abel has assumed the LP leadership after Muscat’s resignation. After winning the elections at large, his government has pursued similar polices. He’s prioritized family-friendly work environments, to encourage female participation in the labour force, and expanding social services (Borg, 2020). However, despite the left-leaning principles of Abel, the LP’s populism is visible. To address the growing concerns about immigrants, the LP under Abel has begun to “otherize” certain groups. The Prime Minster has promised to “crack down” on cheap labour, which is primarily facilitated by immigration. He has expressed his concern over citizens losing jobs to “outsiders” (Aljazeera, 2020).

Like his predecessor, Abel is a strong supporter of the Malta Individual Investor Programme, related to immigration of wealthy investors. The program grants Maltese citizenship to investors who pledge at least 1 million Euros to the country’s economy. This allows the “rich” migrants to benefit the economy. The larger proportion of poorer migrants are left barred from entry. Amnesty International has noted Malta’s increasing use of “illegal tactics” to deter immigrants from North Africa (mostly refugees from war torn countries) from entering the country. Ships carrying refugees are being forcefully sent back. Malta was knowingly sending these vessels back in ragged conditions, endangering hundreds of lives (Aljazeera, 2020).

The LP leadership has enjoyed majority support due to their pro-people policies. However, the Prime Minister is increasingly “otherizing” migrants to bolster LP support.

Apart from mainstream politics, there is visible evidence of right-wing populism taking root in Malta. The Alliance for Change (AB), Maltese Patriots Movement (MPM), and Imperium Europa (IE) have all formed within the last two decades. Their core ideologies are the same. They have gained support on anti-immigrant and racist rhetoric. They have a support base amongst white-Catholic factions which have felt increasingly “threatened” by the internationalization of Malta. These groups feel that EU membership challenges their conservative values. Issues such as allowing LGBTQ+ freedoms, abortion rights, and various reforms that challenge the very conventional idea of a family are key concerns. This feeling of xenophobia is extended and merged with Islamophobia. The far-right groups feel their culture and livelihoods are in jeopardy from North African refugees they view as “others” (Asciak, 2019).

Ivan Grech Mintoff, of the AB, has repeatedly used crude language to target these “others.” For hateful speech, he was fined 3,000 Euros: he had called a gay rights group “baby-killers.” His statement alleged their “links” with organizations such as Planned Parenthood. He felt these groups were “taking money from murdered children to fund her own personal agenda” (The Independent, 2019).

Norman Lowell and his IE are fervent advocates that Europe is “for white Europeans.” Over the years, Lowell has issued various sympathetic comments about Adolf Hitler and the Nazis. Lowell, as an open Holocaust denier, has called Auschwitz the “Disneyland of Poland.” His anti-Semitic hate speech has landed him several fines and jail time (Cilia, 2019).

Malta, at large, is better off than other European countries when it comes to populism. However, the country has a small, yet resolved group of far-right populists. They share very similar notions to their white-nationalist counterparts from mainland Europe. At the same time, the increasing pressures of globalization have only pushed the mainstream centre-left LP to pursue a more hard-line stance on issues such as immigration. This shift mean the LP echoes the same populist notions as the right-wing ultra nationalist groups. At the same time, liberal reforms have benefited the people, leading to the increased popularity of leading political figures. This public confidence has also led the democratically elected government to display some authoritarian tendencies, supposedly in the “interests” of the people. Thus, while on the surface Malta might seem immune to populism, in reality, it is at risk. If socio-economic pressures increase, the mainstream may continue to adopt an openly populist approach, while the smaller parties continue to flourish on the margins.

Languages: Maltese and English are official languages, while other European languages such as Italian and French are also spoken 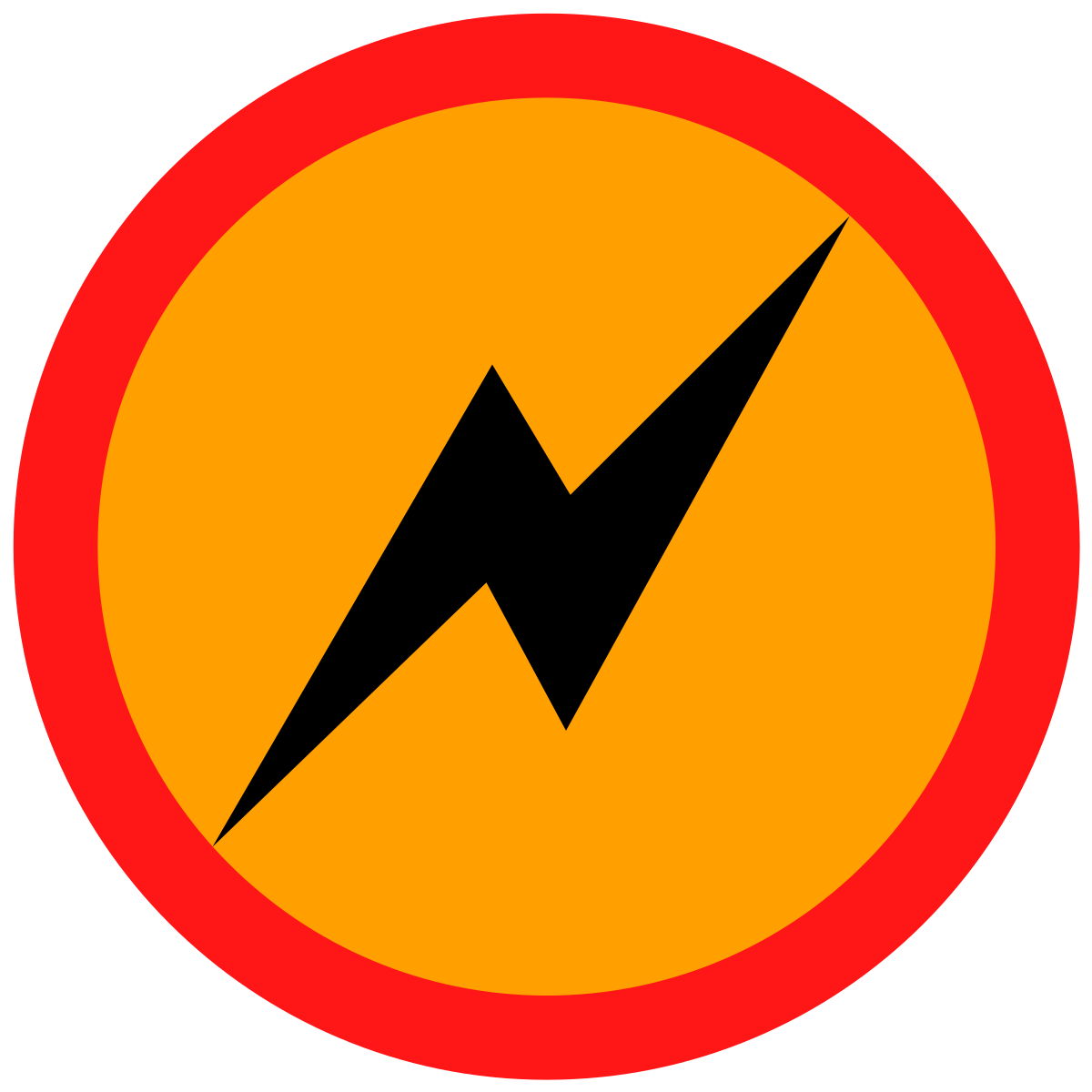 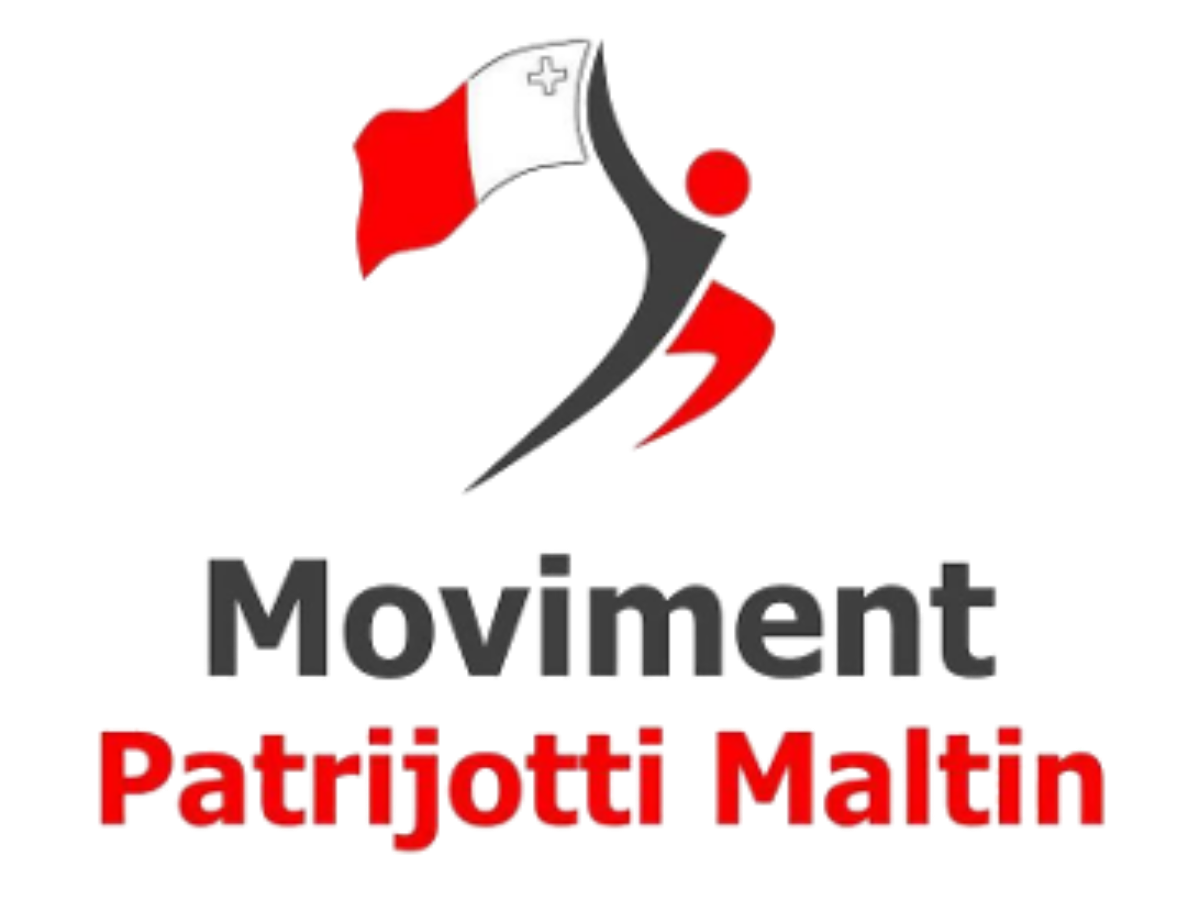 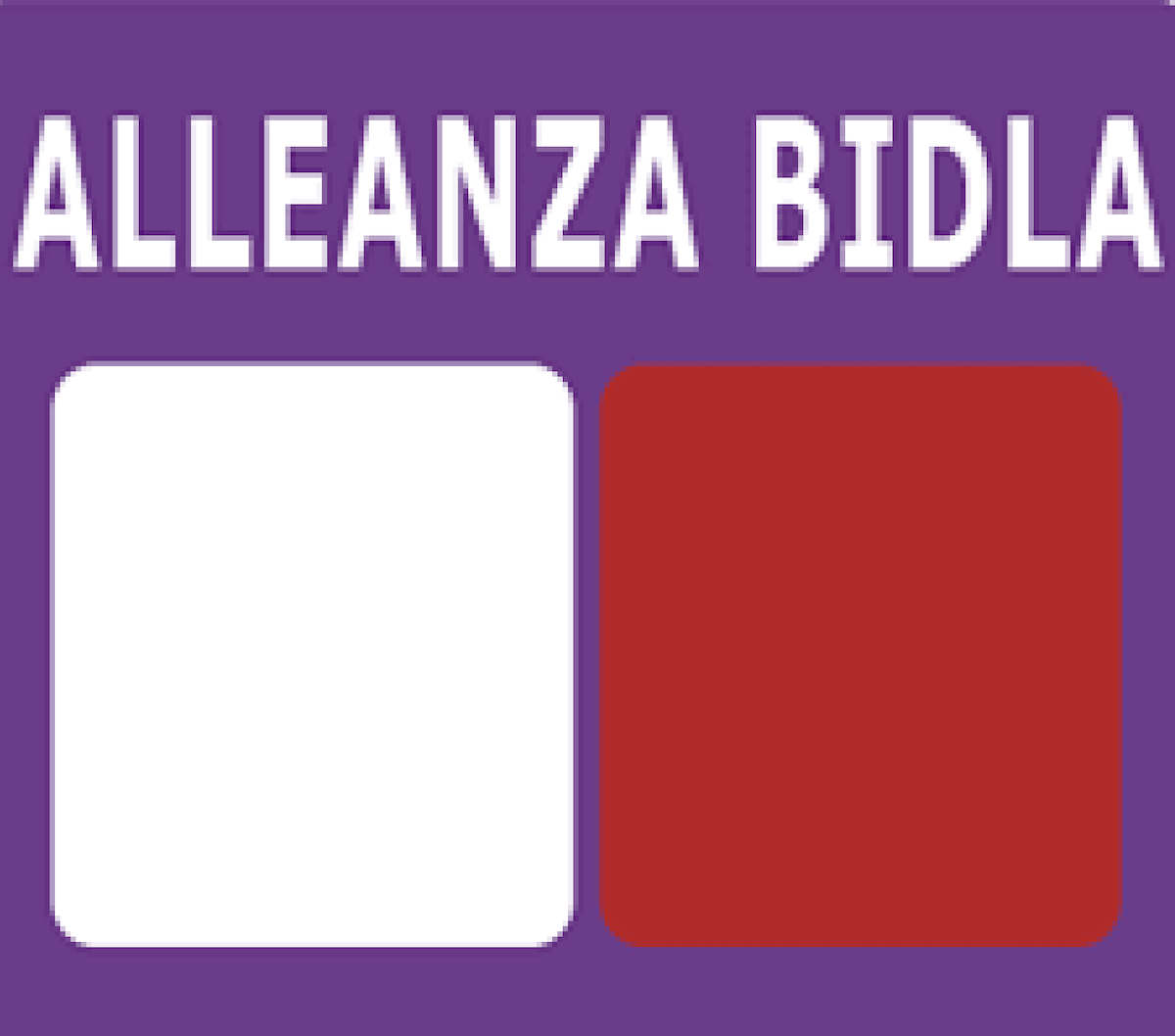