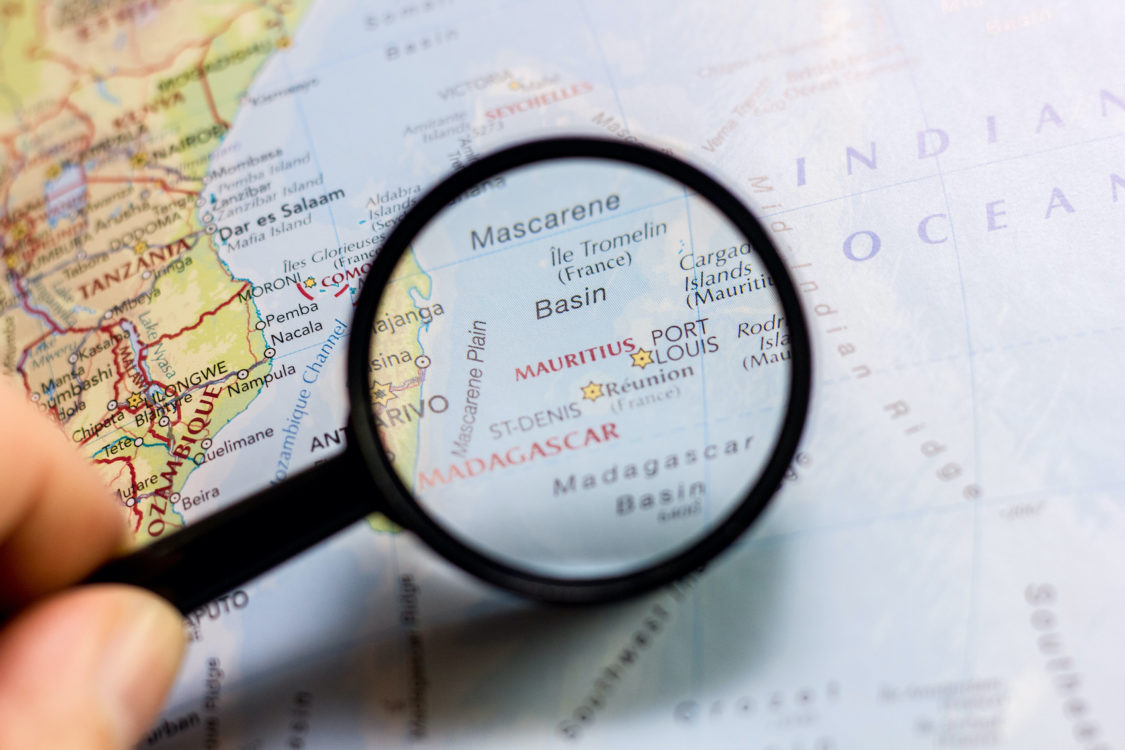 Years of political deterioration under increasingly dynastic politicians have eroded the left-wing populism of Mauritius. Most parties have promised pro-people policies but have failed to deliver. All major parties and leaders have been implicated in corruption scandals. Simultaneously, politicians use strong “anti-corruption” rhetoric. Ironically, the same people are involved in a cyclical saga of nepotism and clientelism versus justice and accountability. Diminishing trust in political institutions has led to a surge of religious and ethnically-motivated populism. Leaders of these groups have used religious populism, at times causing violence.

Mauritius is an island nation located in the Indian Ocean, approximately 1,200 miles off the south-eastern coast of Africa. The modern-day republic has a very diverse history. There were no indigenous human inhabitants recorded by the first Arab visitors. It was the Portuguese who first temporarily settled the islands, in the early 16th century. The Dutch arrived at the end of the same century and tried farming the lands by introducing sugarcane; they also traded in ebony. They found the ventures unsuccessful at the time and abandoned the island. It was the French who colonized it permanently during the 18th century.

The slave trade brought Africans to the islands. Weakening French influence finally paved the way for the British to lay claim to the region in the 19th century. While the British abolished slavery in 1835, they relied heavily on indentured labourers for manual work. These labourers came mainly from India. This led to a demographic shift in the population. Thousands of Indian indentured labourers were brought to the islands. For over a century, Indians and Africans worked on sugar plantations, at construction sites, and in factories.

Under British rule during the First World War (WWI), the island participated in the war. Britain and its allies benefitted from Mauritius’s sugar production. As sugar prices rose, the colony saw rising wages, too. However, following the war, prices fell. With this, wages also fell, leading to growing unrest within society. By the Second World War (WWII), Mauritians faced growing inflation and a lack of income. After a prolonged process that featured rioting and civil unrest, Mauritius proclaimed its independence in 1968.

Since its independence, the country is home to a multi-party democratic system. The nation has made considerable economic development by diversifying from a sugar-based economy. Today, it hosts economic processing zones and attracts international tourists. In addition, years of colonization and the influx of labourers has made Mauritius a diverse nation. There is relative harmony between the communities. This has made the island one of the most peaceful and economically stable nations in Africa (Le Mauricien, 2020). However, it is not immune from populism, which has found root in mainstream political parties. Penal populism and reformism are the main strands. Additionally, right-wing religious groups use religious populism.

The origin of reformist populism in the country can be traced back to its multicultural roots. As early as 1828, it was officially allowed for people of colour to join leading offices. However, in reality the representation was negligible, due to the colonial system. Coloured people had little say in society. The 1910s saw a period of political agitation, as the middle class wanted people to have the right to vote. The protests expanded, and the Parti Travailliste, (PTr -Labour Party) was formed. Thus, the earliest struggle on the island was started with the slogan of “lalit de klas, pa lalit de ras! (Class struggle, not race conflict!)” (Collen, 2009). The “class struggle” has remained the crux of the republic’s politics.

After independence, the island nation has been predominately ruled by leadership from the Indian community. The Muslim community is another major constituency. Both share common cultural roots. The Mauritian Creoles, the second largest group and the largest with African roots, have felt increasingly marginalized in the political arena (Cotterill, 2018). However, the notion of “class struggle, not race conflict” had saved the country from major ethnic rifts.

The reformist socialist ideals of the mainstream parties have focused on building a welfare economy. The governments have ensured more jobs and helped generate income to support social safety nets. The island ensures free education and free health services for all. Free transport facilities for senior citizens and students are also present (Collen, 2009). On the flip side of reformism, some issues are not dealt with. Poverty and growing income gaps are a growing concern in Mauritius. Over successive decades, the political parties have formed into a political class. The political bases are increasingly dynastic and divided on ethno-religious lines (Cotterill, 2018). For instance, Sir Anerood Jugnauth has a lengthy political career. He served as country’s President, Prime Minister, leader of the opposition, and has headed two major political parties, the Mauritian Militant Movement (MMM) and the Militant Socialist Movement (MSM). While he has largely remained a popular leader over the years, his changing political affiliations, vengeful politics, and cases of misuse of office reflect some of the public’s growing concerns (Redaction, 2004).

The “ruling elite” is an increasingly common phenomenon. Hereditary politics has played a role in this. Jugnauth retired from politics, only to make his son, Pravind Jugnauth, leader of the MSM. His son is now currently serving as Prime Minister. Remaining in power over the years, the Jugnauth family is able to use their position to support family businesses such as the Sun Trust Building (Redaction, 2004). In addition, undemocratic behaviour has taken root across the parties. Jugnauth has fired a minister for having dinner with the rival party. He later formed a coalition with very same rival party. He also refuses to include Muslims in government following what he deemed a “betrayal” (Ucko, 2017; Cotterill, 2018).

Jugnauth is not the only politician to be embroiled in scandal. Corruption scandals are common. For example, Dr. Navinchandra Ramgoolam, who has led the PTr for several decades and served as Prime Minister, has also been accused of promoting a culture of clientelism. He used his time in office to facilitate business ventures of loyal officers in return for their “help.” The party receives handsome funding from favoured benefactors (Redaction, 2015). The country’s first female President, Ameenah Gurib-Fakim, resigned from office when local media reported misuse of funds: she had apparently purchased luxury items (Aljazeera, 2018).

In such an environment, opposing parties have used populist promises of reform. Pledges to improve public services, bringing accountability, and retributive justice have become popular themes. They have characterized “the people” as wronged and exploited by the “elite.” Given that each party and its leaders have been entangled in major corruption scandals, there is not a political outsider or “pure” party in this case. A tide of resentment leads people to vote against the ruling government only to vote out its selected government in the next cycle.

Over the years, efforts such as the Prevention of Corruption Act of 2002 (POCA) and the Independent Commission Against Corruption have merely been populist measures to assure public that “accountability” is happening. In theory, they sound like fair ideas, but there is little that has been achieved. Each party, once in office, only uses these bodies to lead political attacks on opposition leaders and to keep its members out of trouble (Cotterill, 2018).

Successive decades of corruption and dynastic politics have created political turmoil. Penal populism has been a tool to deflect attention from whatever party is in power. Whistle-blowers who’ve pointed out deals between politicians and public companies have been subject to suspicious deaths. The murders of civil activists and civil servants who released evidence against the state have taken place. These killings have led to massive demonstrations, and at times, these protests have become hard to control (Degnarain, 2021).

Moreover, the “class struggle, not race conflict” motto is increasingly disintegrating. A more ethno-religious conflict is emerging. Conventional political parties have failed to deliver their socialist promises. They have digressed only to violate the public trust and power of public office. With a hereditary oligarchical system in place, the political landscape has disillusioned minorities. They have found other avenues, including religious populism.

Since the 1990s, Mauritius has witnessed a rise in Islamic populism. This increase is present amongst the population where Saudi groups have been active. In a country like Mauritius, where ethno-religious fault lines are deepening, these groups are only widening the divide. For example, Cehl Fakeemeeah is a right-wing Islamist leader. After studying in Saudi Arabia, he founded Hizbollah (no relation to Hezbollah). As leader, he carried out significant violations, including sponsoring bank robberies and murders. The arrests of Fakeemeeah and his group members turned into a flash point. Some argued he was arrested as a “prisoner of faith” rather than for his criminal activities. The group convinced a large faction that the government had tortured the Muslim prisoners. After his release, Fakeemeeah formed the Mauritian Solidarity Front, which is a populist Sunni conservative party. He became the figure of unity for the collective resentment of Mauritian Muslims. These developments happened after the government banned the call for prayer and had abolished special family laws for Muslims (Ucko, 2017).

Javed Meetoo, a suspected ISIS sympathiser, is also a far-right Muslim leader (though not a politician) who makes use of religious populism. His missionary work seeks to “purify Islam” as it has been “corrupted” by the country’s non-Islamic traditions. Meetoo is known for targeting low-income neighbourhoods where he offers monetary benefits to those to join the “cause.” His followers are sent off to “jihad” in areas such as Syria (Ucko, 2017).

“The Singapore of Africa” or “the Rainbow Nation of Mauritius” is actually in danger. The prolonged neglect of the people’s welfare increasingly provided room for politicians to use populist narratives. This has made populism a political norm in the country. Mainstream parties have relied on reformist ideals rooted in left-wing ideologies. Over the years, they have used reformist and penal populism, leading to political disillusionment. Currently, the population is agitated, and with the COVID-19 economic slowdown combined with the MV Wakashio oil spill and the killings of whistle-blowers, the country faces unprecedented political turbulence. Ethnic and religious divides are widening. Years of broken promises have only led to an increase of religious-cultural narratives. Muslim communities, especially, are prone to far-right militant populism. 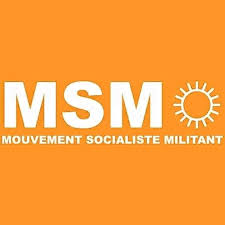 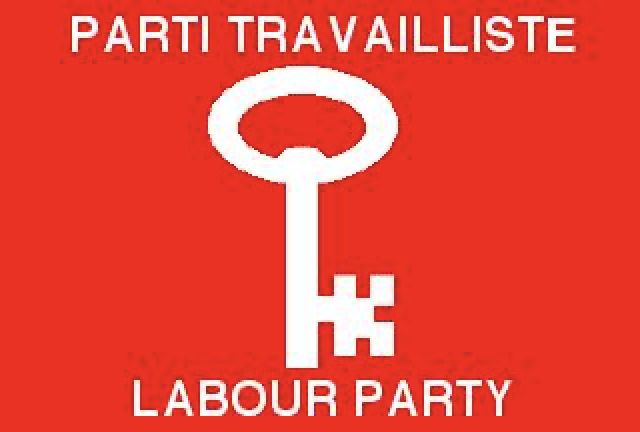