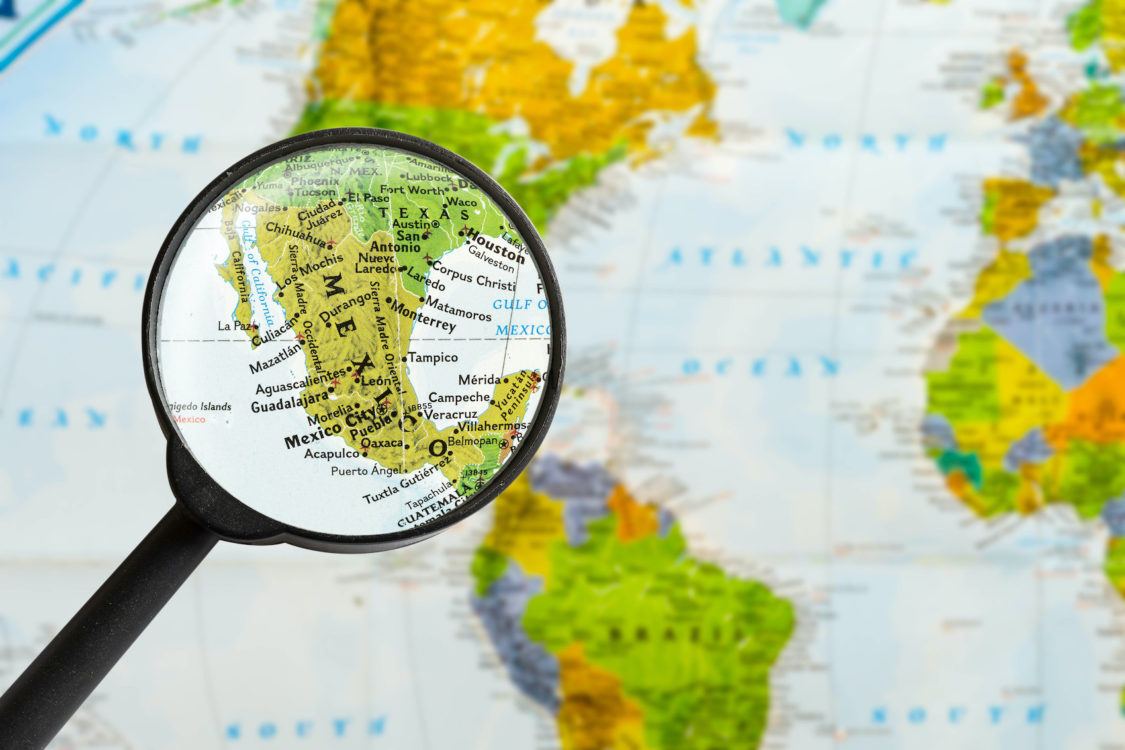 Mexico was ruled by a single party from the 1920s until 2000. Its democratic culture is therefore admittedly quite fragile and often dysfunctional. Although the populist AMLO’s smashing victory in 2018 represents a new chapter in the country’s politics, it is too early to tell whether this will go down in history as an electoral accident or if the party will become a permanent political force in defiance of the possible restoration of the one-party state. That being said, AMLO’s polarizing style, with overarching populist promises on social policies and internal security, already hints at a possible U-turn back to the previous corrupt and inefficient system employed by the PRI (Partido Revolucionario Institucional) and PAN (Partido de Acción Nacional).

Located in the southern portion of North America, Mexico, officially the United Mexican States, is a federal republic and the tenth-most populous country in the world. Populism, as we understand it today, is by no means a new phenomenon in Mexico. Populism has been a force in Mexico since the 1930s, when Lázaro Cárdenas, a former general in the Constitutionalist Army during the Mexican Revolution, won the presidential election of 1934 with over 98 percent of the total vote.

Throughout his political career, Cárdenas heavily employed anti-elite, populist rhetoric in an effort to secure popular support for his political goals. Appealing to the Mexican workers and peasants, he set out to implement what the revolution promised to the “true people” of the country. To that end, Cárdenas introduced a detailed agrarian reform program. His plan included the total termination of the hacienda system, a form of large landed estate systems that originated in Spanish America during the colonial period. This system was replaced by ejidos, a collective system of agricultural lands, whose ownership rights were held by the Mexican state. As part of the reform, during Cárdenas’ presidency, almost twice as much land was distributed to peasants than was during all of his predecessors’ terms in office combined. As late as 1940, the right to use almost half of the country’s cultivated land was held by previously landless farmers (Mitchell, 2010). To strengthen the peasants’ ability to look after the land reforms, Cárdenas also founded the country’s largest peasant union, the National Peasant Confederation (CNC) – Confederación Nacional Campesina. The CNC however turned into a cohesive agent of Cardenas’ party, the Institutional Revolutionary Party (PRI) – Partido Revolucionario Institucional.

A second populist wave came to Mexico with the election of Luis Echeverría as the president in late 1970. Picking up where Cárdenas left off, Echeverría employed a political stance that is highly populist and nationalist. He campaigned to redistribute income from the well-to-do to the impoverished and to those who were disadvantaged. During his presidency, he introduced a far-reaching economic reform package, which included the nationalization of the mining and electrical industries and the redistribution of private lands to peasants in the states of Sinaloa and Sonora (Grindle, 1977). His government also dramatically increased the funds allocated for agriculture at the expense of industrial and infrastructural investments (Grindle). Federal spending on housing, education, health, and food nutrition went up greatly during his six-year presidency.

Aside from these reforms, Echeverría’s presidency, perhaps unsurprisingly, was mostly characterized by authoritarian tendencies and the sharp long-term deterioration of the Mexican economy. Echeverría was indeed highly criticized because his nationalist-populist reforms were often made on false premises and thus failed spectacularly (Basurto, 2012).

As new millennia dawned, Mexico was introduced to perhaps the greatest populist politician in its history. Andrés Manuel López Obrador, commonly referred to by his initials AMLO, was elected the head of Mexico City’s government in July 2000. Until he resigned from the office in 2005 in order to run for president, he implemented a wide range of popular social programs, including housing investments and direct prolonged financial assistance to many disadvantaged groups. He left office with a record-high approval rating of 84 percent (Proceso, 2005).

In the run-up to the 2006 presidential election, AMLO directly appealed to marginalized Mexicans with populist rhetoric that included pledges to implement overarching remedies for the poor. His campaign slogan was indeed simple and direct: “For the Good of All, the Poor First.” Among his election promises was re-opening North American Free Trade Agreement (NAFTA) negotiations to protect Mexican farmers. He also made combating corruption a major platform. His sharp distinction between “the pure people” and “the corrupt elite” was evident. “Arriba los de abajo, abajo los de arriba” – up with those from below, down with those on top – he declared in a campaign speech (Bruhn 2012, 93).

After a notoriously ugly and polarized race, AMLO lost the 2006 election by a tiny margin (about half a percentage point) and amid accusations of electoral fraud. Six years after his first failure, AMLO once again ran for president in the 2012 presidential election as the PRD,  Labor Party, and Citizens’ Movement candidate under the coalition Movimiento Progresista. His campaign, perhaps unsurprisingly, was not so different than it was in 2006. He announced an economic reform package that included tax reductions for low-income individuals and families and the creation of jobs for poor people, and he vowed to fight against corruption and wasteful government spending (Obrador campaign website). It should however be noted that AMLO’s campaign in 2012 was not only focused on “the poor;” instead, he emphasized the well-being of all Mexicans (Seelke 2012, 5). Despite this shift, AMLO lost the election by more than six (6) points to the Institutional Revolutionary Party’s (PRI) Peña Nieto.

The anti-establishment leftist AMLO ran for president for the third time in 2018 under a three-party coalition led by the leftist National Regeneration Movement (Morena). This time, he won decisively (Tanco, 2018). He was the first by a non-PRI or PAN politician in more than 75 years.

AMLO’s campaign was heavily dominated by pledges to tackle the “rotten” aspects of the Mexican political order, to battle corruption at the highest levels of government, and to improve the social welfare of ordinary people. He also promised to end the previous government’s military-led “war on drugs.” His proudly nationalist stand against the Trump administration has also attracted significant attention from voters. In his speeches, he repeatedly emphasized that Mexico would no longer be “Mr. Trump’s whipping boy;” instead, a “friendship” of “mutual respect” would be sought during his time in office (BBC News, 2018).

Since entering office in July 2018, the AMLO presidency has introduced radical reforms. Among these is a major pension reform that increased worker pensions an average of 40 percent (Mexico News, 2020) and steps to back up state-owned energy companies, ensuring more state influence over the country’s power projects (Proctor, 2020). In November 2018, he also introduced his “National Peace and Security Plan 2018-2024,” which is designed to focus on “the roots of insecurity and public security,” as opposed to previous policies’ focus on confrontations with criminal groups in the country (Felbab-brown, 2019). AMLO summarized this security plan with the following three words: “hugs, not bullets” (O’Neil, 2019). It is however too early to claim whether these reforms have yielded the expected results.

As of 2020, Mexico is facing a record high surge in criminal violence and is economically headed toward a double-digit recession. The country reported over 35,000 t murders in 2019, an all-time record (Valladares, Morfini, 2020). When it comes to the migration crisis, AMLO has so far been in full consensus with US President Donald Trump. After an agreement with Trump, he has deployed thousands of National Guard troops to the US-Mexico border (Cattan, 2019). Mexican security forces increased the number of migrant arrests by 204 percent in 2019, with a total of 29,153 undocumented migrants arrested on the border in June 2019 alone (Cattan). AMLO also has an ambiguous stance on civil rights and discrimination. His government lacks a concrete agenda for gender equality, the environment, and social equality for LGBT people.

Under AMLO’s leadership, Latin America’s second-largest economy shrank in 2019 for the first time in 10 years (Al Jazeera, 2020). A world-known economic research consultancy declared Mexico in 2019 as “one of the world’s worst-performing large emerging markets” (Al Jazeera).

Despite this pessimistic outlook, AMLO’s tactical employment of populist rhetoric is still in full swing. When he was criticized for not wearing a mask in public due to the COVID-19 pandemic, he said he would wear it when corruption is eradicated: “You know when I’m going to put on a mask? When there is no corruption. Then I’ll put on a mask and I’ll stop talking” (Agren, 2020).

In terms of civil and political liberties, Mexico is a partly-free country (Freedom House, 2019). Since the early 2000s, voting fraud, illicit funding, and outright bribery are rampant at all levels (Reygada, 2017). Violence and human rights abuses by both state and non-state actors are major problems. Same-sex sexual activity is not illegal in the country. According to a 2010 Mexican Supreme Court rule, same-sex marriages that are carried out legally in Mexico City must be recognized everywhere else in Mexico as well (Cruz-Aceves, Beer, 2018).

Mexico was ruled by a single party from the 1920s until 2000. Its democratic culture, therefore, is admittedly quite fragile and often dysfunctional. Although the populist AMLO’s smashing victory in 2018 represents a new chapter in the country’s politics, it is too early to tell whether this will go down in history as an electoral accident or if the party will become a permanent political force in defiance of the possible restoration of the one-party state. That being said, AMLO’s polarizing style, with overarching populist promises on social policies and internal security, already hints at a possible U-turn back to the previous corrupt and inefficient system employed by the PRI and PAN.

Bruhn, Kathleen (2012). ”To hell with your corrupt institutions!: AMLO and populism in Mexico,” in Populism in Europe and the Americas : Threat or Corrective for Democracy? Eds. Cas Mudde , and Cristóbal Rovira Kaltwasser (Cambridge University Press, 2012): 93.

Geographic Location: North America, bordering the Caribbean Sea and the Gulf of Mexico on the east, Belize and Guatemala on the south and the United States on the north, and bordering the North Pacific Ocean on the west. 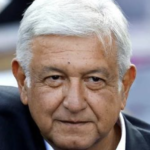 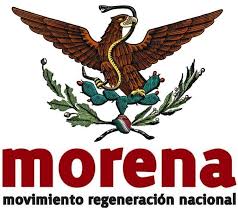 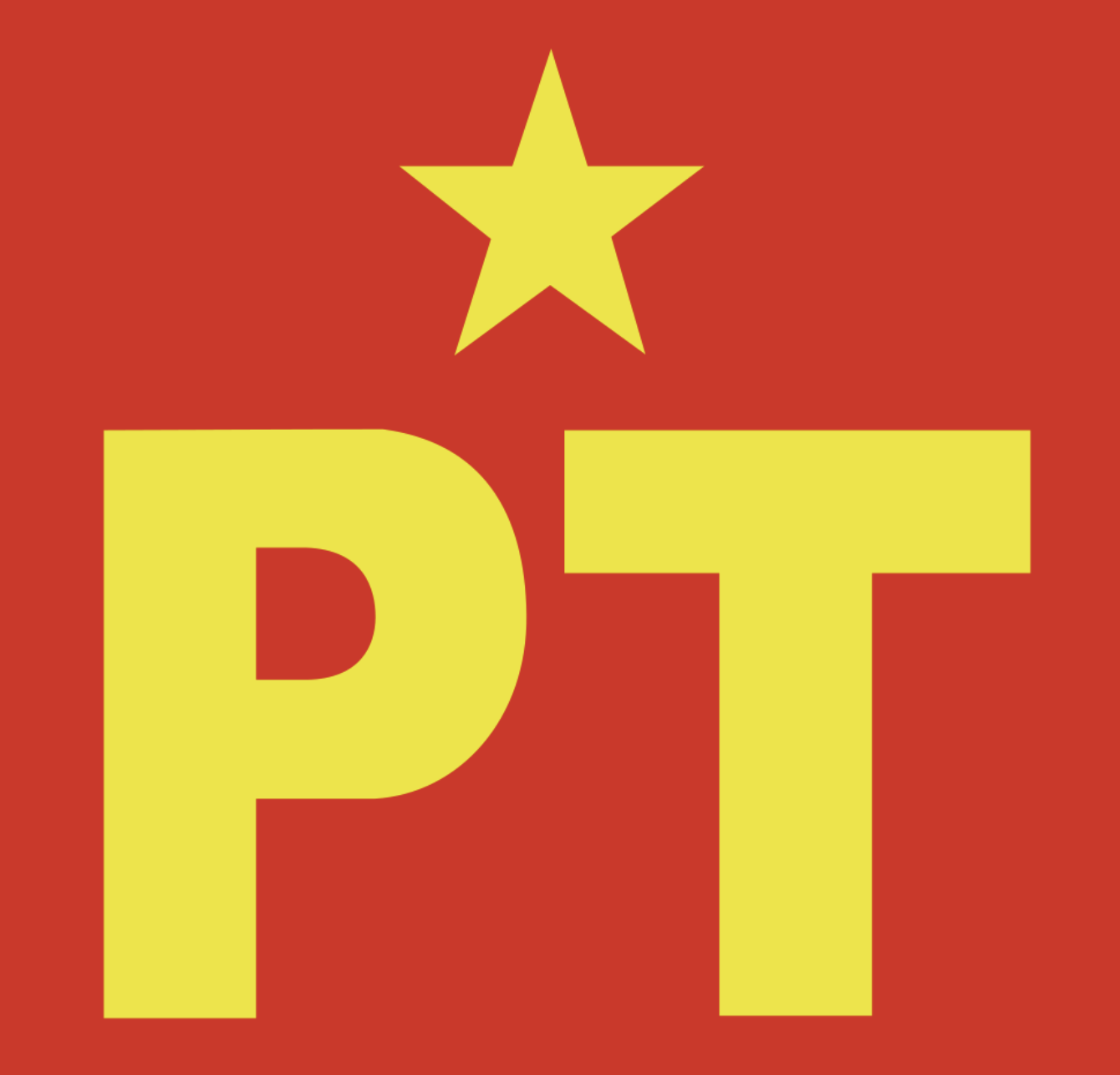