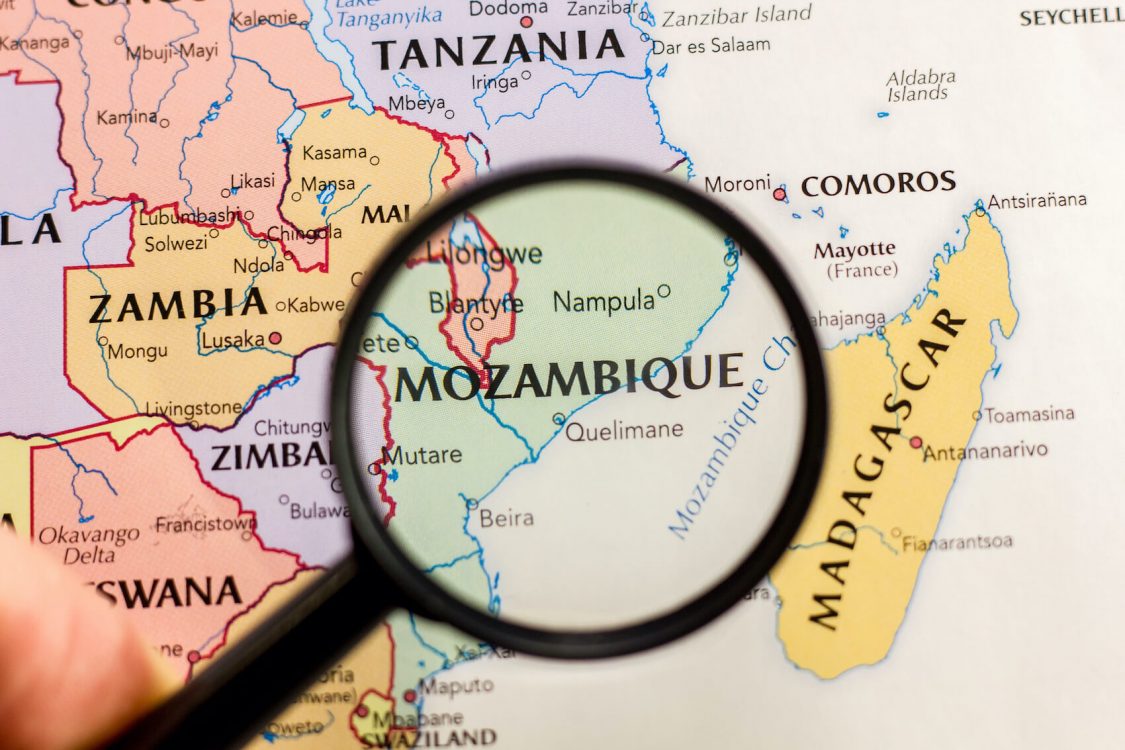 President Filipe Nyuni is not regarded as a classic populist leader that appeals to the will of the people to consolidate his own power. Instead, his regime seems to have exhibited almost all the major symptoms of “the Establishment,” namely corruption and the predominance of elites.

Located in Southeastern Africa, Mozambique, officially the Republic of Mozambique, is one of 39 countries that is considered a heavily indebted poor county (HIPC) (World Bank, 2021). Following almost 500 years of colonial subjugation by the Portuguese, Mozambique’s political landscape has been dominated by a single political party, named the Liberation Front of Mozambique (FRELIMO). Founded as a nationalist movement in 1962, FRELIMO played a significant role in Mozambique’s painful process self-determination and independence from colonial rule. During the independence war that lasted from 1964 to 1974, the FRELIMO, with the support of the Soviet Union and China (Machel, 1974), managed to overthrow the Portuguese Estado Novo regime. The newly born independent Mozambique became a one-party state based on socialist principles under the name the “People’s Republic of Mozambique.” From 1975 to December 1990, this self-declared socialist state was led by two single-party presidents, Samora Machel (1975-1986) and Joaquim Chissano (1986-1990).

On the day he officially became the first President of Mozambique in June 1975, Machel delivered a populist speech at the Machava Stadium intended to appeal to the large masses of society. Directly addressing the “true people” of Mozambique, Machel said the independent Mozambique was now a People’s Democracy, in which “under the leadership of the worker-peasant alliance, all patriotic strata commit themselves to the destruction of the sequels of colonialism, and to annihilate the system of exploitation of man by man” (Voice of the Revolution, 1975). At the beginning of his speech, Machel also greeted a long list of members of the working class in an attempt to emphasize the new regime’s inclusiveness and representation of the unified will of the people: “Mozambicans, workers and peasants, workers in plantations, sawmills and concessions, workers in mines, railways, ports and factories, intellectuals, officials, students, Mozambican soldiers in the Portuguese army, men, women and young, patriots” (Voice of the Revolution, 1975).

Perhaps unsurprisingly, from the outset, the Machel regime quickly enforced a highly centralized oppressive police state, which eventually turned many state bodies into apparatuses of the party. Large-scale nationalization was introduced, as part of which health, education services, and all lands were nationalized. Employing a set of economic and political programs based on the principles of socialism, Machel introduced a leftist populist welfare program. By early 1977, the FRELIMO was officially declared a Marxist–Leninist party, dedicated to establishing a socialist society led by workers and peasants.

Despite widespread populist policies implemented following the socialist revolution, the Machel era was characterized by a Civil War that erupted in 1976 between the ruling Marxist FRELIMO and anti-communist insurgents, namely the Mozambican National Resistance (RENAMO). The bloody war lasted for the next two decades, until October 1992, killing between 600,000 and 1 million people as well as leading to an unprecedented economic downturn (Hultman, 2009). Poverty and lack of basic services were major challenges during the war, with around 6 million people uprooted from their homes (US Committee for Refugees, 2003).

When President Machel and 33 others including several ministers in his government died in a plane crash in October 1986, Chissano took over the FRELIMO leadership and then the presidency. From the outset, the Chissano government made it a priority to end the ongoing war, which eventually happened when a peace treaty—The Rome General Peace Accords—were signed between the government of Mozambique and RENAMO in 1992. In addition to the peace, the Chissano era was characterized by the country’s progressive turn away from previous Marxist policies to a market-based economy, as well as a multiparty political system with opposition parties and nationwide elections.

In the 1994 elections, a total of 10 political parties and 2 independent candidates ran; FRELIMO, under Joaquim Chissano, maintained its control over the country’s political system, winning around 53 percent of total votes. RENAMO, under Alfonso Dhlakama, became the main opposition party, winning around 33 percent of total votes. Chissano repeated his electoral success one more time in the 1999 general elections, again winning almost 53 percent of total votes against Dhlakama. Following his second term, he, surprising to many, decided not to run for another term. Today, despite his ups and downs, many still believe that the Chissano presidency was a relative success story (Taylor, 2012). This is not only due to the successful peace agreement that ended the civil war, but also thanks to economic successes that rescued some three million people from extreme poverty (Taylor, 2012). By the end of his second term, Mozambicans saw a 35 percent decrease in the number of children dying under the age of five and an average increase of 65 percent in the number of children attending primary school (Taylor, 2012).

With the end of the Chissano era, Armando Guebuza, one of Mozambique’s wealthiest businessmen, took over the presidency after securing some 63 percent of total votes in the 2004 general elections. Even though he entered office in the ranks of the establishment FRELIMO, Guebuza enacted a populist agenda aimed at rooting out corruption in the government as well as in his party. In his inauguration speech, he acknowledged that crime and corruption were “insidious enemies” that “present themselves as alternative means of reaching wealth” (The New Humanitarian, 2005).

Among his major election promises was a fight against poverty. In many platforms, he vowed to tackle widespread poverty, especially in rural areas. To that end, his government introduced a set of bold economic plans, ranging from a micro-credit program to the PAPA or the Food Production Action Plan, as well as the OIIL, also referred to as the seven million, an investment budget line for districts for food production and income generation. In the run up to the 2009 elections, trying to illustrate his government’s fight against poverty, he said “today they [rural dwellers] are all more or less well dressed, albeit with basic clothes, and a fair number can buy other goods which are not so basic, such as bicycles or even motorbikes. This is a clear sign that people are beginning to emerge from poverty” (SARDC, 2009).

Today, as opposed to his predecessor who used state resources to secure the loyalty of clients in the general population, Guebuza is widely remembered for his electoral populism. He often employed political discourses appealing to the broader electorate, particularly the rural population of the country’s central and Northern regions. Through populist economic investments buoyed by public discourses, he worked to connect to the rural electorate, which was traditionally opposed to the ruling FRELIMO.

In the 2014 general elections, Filipe Nyusi, the candidate of the ruling FRELIMO, was elected as president after securing 57 percent of total votes. Under his rule, the old authoritarian political system dominated by FRELIMO continues unchanged.

In terms of civil and political liberties, Mozambique is considered a partly-free country (Freedom House, 2020). Political liberties are often neglected while political dissent has been systematically repressed. The main opposition has disputed the election results, accusing the ruling party of illegally interfering with the process. There are also claims that Nyusi is actually a hand-picked successor of Guebuza’s. It should therefore be noted that Nyusi is not perceived as a classic populist, charismatic leader that appeals to the will of the people in order to consolidate his own power. Instead, his regime seems to exhibit almost all the major symptoms of “The Establishment,” namely corruption and the predominance of elites. His regime faces strong criticism regarding the “Hidden Debt” scandal, one of the biggest corruption scandals in the country (Deutche Welle, 2021).

Nyusi’s regime is also accused of assassinating critics. Since the beginning of his time in office, he has not put forth any palpable populist economic or social programs to promote the interests of common citizens, such as social programs to deal with an array of needs including but not limited to poverty, homelessness, and unemployment. High levels of poverty and inequality have not significantly decreased over the past decade. As of 2021, over half of the population still lives below the poverty line. Indeed, today, according to the UN’s Human Development Index, Mozambique ranks 181 out of 189 countries, which places the country in the “low human development” category (UN Human Development Reports, 2019). Only time will tell whether President Nyusi will be able to realize his promise of delivering an economic miracle and to reduce the astronomical level of economic inequality.

— (1975). “Voice of the Revolution!” Message of the proclamation of Independence provided by Comrade President Samora Machel at the Stadium of Machana. June 25, 1975. https://vozdarevolucao.blogspot.com/2009/06/mensagem-da-proclamacao-da.html (accessed on September 14, 2021.)

— (2009). “Guebuza: To defeat poverty we must believe in ourselves.” SARDC. October 12, 2009. https://www.sardc.net/en/southern-african-news-features/guebuza-to-defeat-poverty-we-must-believe-in-ourselves/ (accessed on September 14, 2021.) 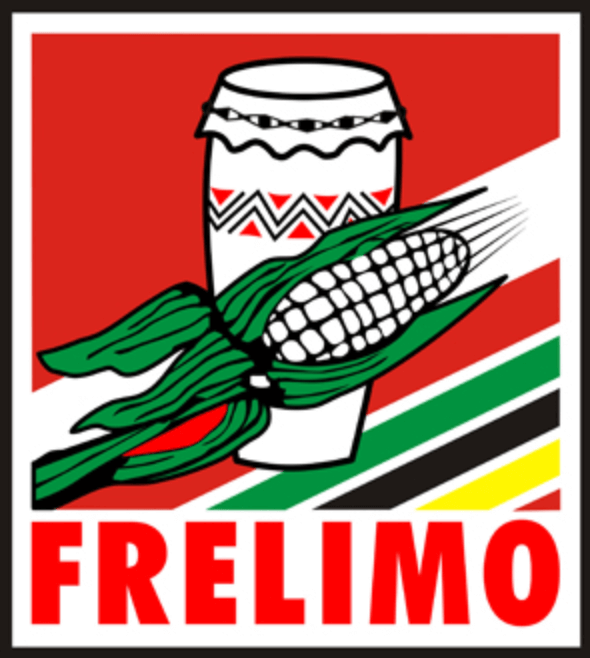