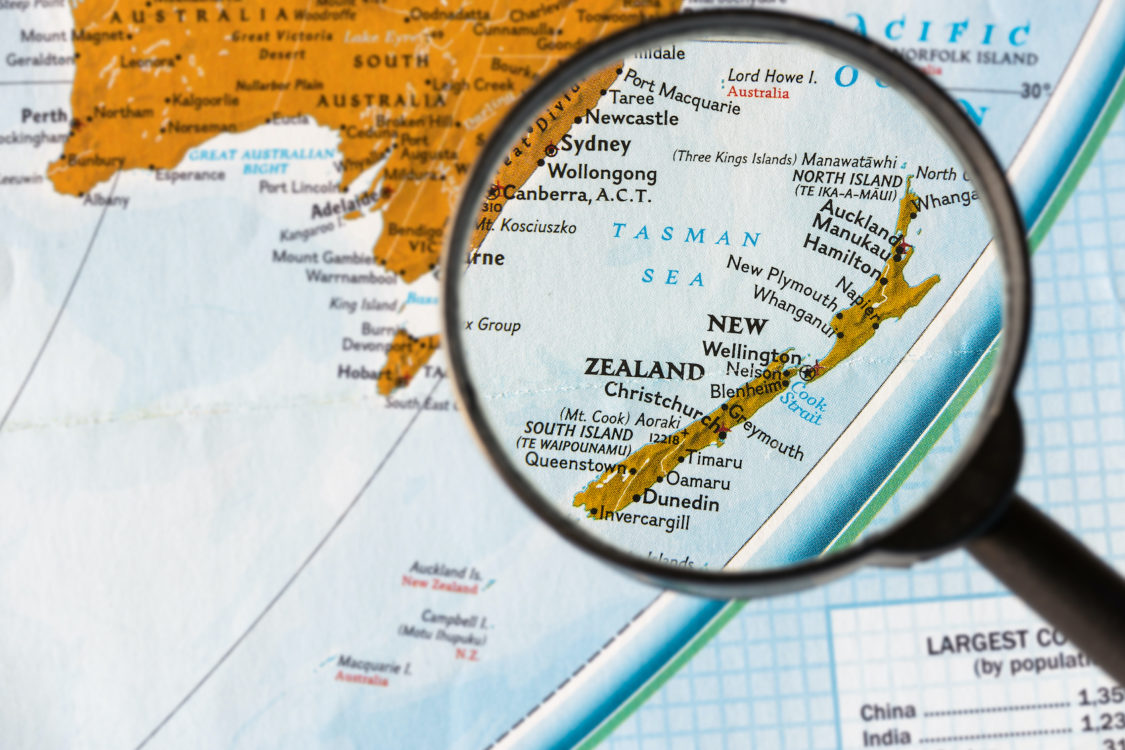 While no major political party relies on populist support, post-1993 reforms have allowed the minority, populist party NZF to form a coalition with the two major political parties. Since the 1990s, Winston Peters has used an adaptable populist approach to remain relevant. He has exploited post-Asian migration and post-9-11 Islamophobia to bolster his xenophobic, anti-immigration, and Islamophobic stances. He has become the voice for “reverse racism.” He and the NZF seek an end to globalization and neo-liberal economics to protect the interests of “real” citizens.

New Zealand is situated in the southwestern Pacific Ocean. An island nation, it comprises two main landmasses and a series of small islets. Its isolated location made it one of the last places to be inhabited by humans. The first wave of settlements by Polynesians began in the thirteenth and fourteenth centuries – today, these settlers are known as the Māori. In 1642, the Dutch become the first Europeans to visit New Zealand’s shores. During the following centuries, the British, under the Treaty of Waitangi, gained sovereign claim over New Zealand, officially making it a colony in 1841.

Gaining its dominion status in 1907, the country gained its independence in 1947 and presently functions as a constitutional monarchy. Having its roots in a colonial past, New Zealand saw Richard John Seddon and his Liberal party use populist rhetoric, xenophobia, and an authoritarian style to govern; a combination of these factors made Seddon the longest-serving head of the state (Munro, 2015). Earing the title “King Dick,” Seddon kept the country open to Chinese immigration but increased the per head migrant tax to £100 from £10; he also used terms such as “Yellow Peril” and “monkeys” to describe Chinese and Asians (Munro, 2015).

During the two World Wars, the country sided with the Allies. In WWI, New Zealand fought under the banner of the Australian and New Zealand Army Corps (ANZAC) in campaigns in the Middle East and parts of Europe against Turkish and German forces. Due to a few volunteers, the country enacted conscription. They recruited men of European-origin starting in 1916, to serve in Europe and the Middle East, and Māori men in 1917 to serve on the domestic front.

Following the First World War, New Zealand was under mounting economic pressure; once the Great Depression set in, the way was paved for the first Labour-led government to win elections under a populist mandate. This happened in 1935, with Labor-led by Michael Joseph Savage (McLachlan, 2013). Labour’s brand of populism was a left-wing socialist. It gained support from criticism of the conservative elites of the previous Liberal governments. Labour promised welfare policies that would benefit ordinary people.

In the 21st century, antipodean populism has emerged as a phenomenon in the region. It is a blend of both European and North American brands of populism, as it is ethnocentric and nativist. This form of nationalism seeks to protect the wealth, political rights, and status of “the people” – generally, New Zealanders of European descent – from alleged “usurpers,” who are foreigners, the corrupt elite, indigenous peoples, and “greenies” (Moffitt, 2017). The populist voter base is traditionally rural and of European ancestry (Wear, 2014; Mudde and Rovira Kaltwasser, 2013).

Despite growing support for populist rhetoric, the predominantly two-party system in New Zealand generally prevented smaller and populist parties from taking power. However, this has been changing, as smaller parties have had a larger role to play in governance following the introduction of the mixed-member proportional (MMP) system, which basically “combines an electorate vote for a local representative with a party vote that operates on a plurality system.” This allows minor parties to seek alliances with the two major parties (Moffitt, 2017; Barker and McLeay, 2000). To form a government, larger parties now have to rely on smaller parties. New Zealand’s populist parties have remained small and are generally considered “personalist” parties, with the leader of the group usually taking center stage.

Many smaller parties have remained immune to populism. New Zealand has done well economically and has well-managed any social issues and tensions. It has been able to uphold democratic rights and is considered a free country where there is respect for human rights and citizens have the freedom to express opinions, associate, and practice religion. There is a decent welfare system in place and affirmative measures for indigenous peoples who were historically oppressed by European colonization. Solid economic progress and good performance on human development make New Zealand a developed country and an attractive destination for immigrants. In the past few decades, it has witnessed migration from Asia and beyond. Widespread socio-economic prosperity has meant that, save for a few rogue party members, either the liberal or conservative parties have embraced elements of the populist agenda.

Perhaps the most notable recent populist is Winston Peters. Peters heads the New Zealand First (NZF) Party. He is a former member of the center-right New Zealand National Party. His far-right views against liberalizing the economy and opposing immigration left him outside party orthodoxy. Peters established himself as an “outsider” unafraid of calling out his own party. After a rift with the party, Peters split and formed the NZF in 1993. As the head of the NZF, he is anti-immigration and anti-establishing while supporting nationalism and economic conservatism. He is also a major proponent of reverse racism – the idea that the system is biassed against people of European descent. The MMP system has allowed him to be a part of governments led by both major parties. Peters has held significant offices, including Deputy Prime Minister and Treasurer and Minister of Foreign Affairs (Albertazzi & McDonnell, 2015).

The NZF is a relatively small party, but in less than three decades, it has been able to secure a stable populist voter bank with a blend of both left- and right-wing ideologies. The party’s protectionist policies oppose privatization, neoliberalism, and globalization, and its nationalist elements are anti-immigration and critique the welfare system for being too “soft” on the Māori. These latter elements also denounce affirmative action, calling it the “Māori industry.” However, at the same time, NZF supports welfare programs such as the Super Gold Card for the country’s aging population and supports universal health care, unemployment assistance, and environmentally-friendly policies, all of which are generally left-wing issues (Haeg, 2005).

Peters, the heart of the party, has carefully positioned himself as the protector of national interests. Peters has gained the attention of far-right voters by being the “opposition” force who stood up for their interests within Labour governments (Moffitt, 2017). His longevity in New Zealand politics can be credited to his constant ability to adapt by merging populist concerns with shifting public opinion. In the 1990s, he vocally worried about Asian migrants, claiming that the country would be reduced to an “Asian colony.” Post-9/11, he shifted to more Islamophobic positions, calling Muslins the “underbelly” of militancy and a threat to not only the culture but also the safety of the people of New Zealand (Taylor & Harvey, 2005).

Peters has attacked several factions of society with “his tendency to go ‘straight for the jugular’ in a sardonic and exasperated manner.” He criticizes the “elite,” “cultural leftists,” and “immigrants,” and labels affirmative action as a “Grievance Industry.” He wants to protect European New Zealanders from “reverse racism” and the socio-economic repercussions of globalization through economic and cultural nationalism (Moffitt, 2017).

Peters and his NZF have consolidated their position as “the” populist party of New Zealand, thanks in no small part to Peters’s ability to adapt and address a wide range of issues.

They routinely rank third or fourth in elections, showing that the party has given populist voters a voice. His support for a “democracy that is of the people and for the people” might sounds innocuous, but it intends to trample on minority rights and freedoms (Sachdeva, 2019; Peters, 2003). Without improved political discourse between the establishment and the people – particularly rural communities – regarding core issues, it is possible that populism will continue to grow in the country.

Barker, F. and E. McLeay. (2000). “How much change? An analysis of the initial impact of proportional representation on the New Zealand parliamentary party system.” Party Politics. 6(2): 131-54. 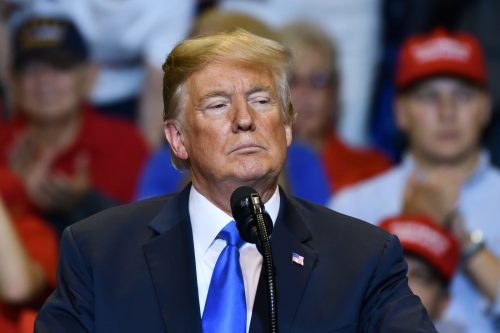 Prof. Pratt: Populist Leaders in the West Tend to Have Short Political Lives

Professor John Pratt: “I think, democracy has largely held firm. The Netherlands, for example, I think there was an […]