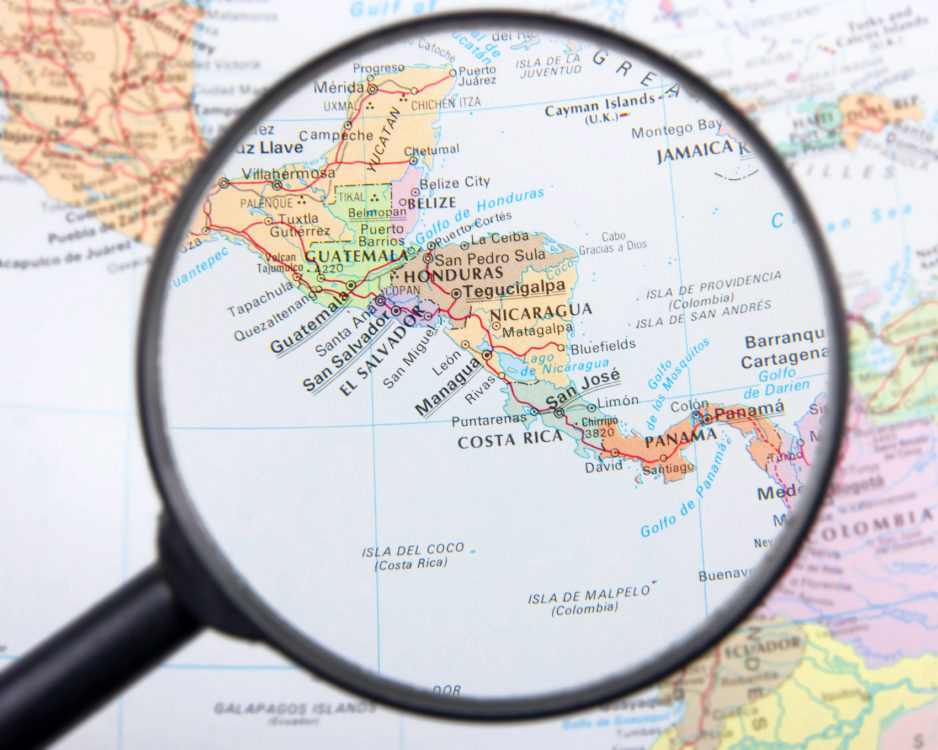 As of 2020, Nicaragua is showing all the symptoms of a full-fledged dictatorship. The country is suffering under an enormous concentration of power by President Daniel Ortega. In the near future, he is expected to increase his grip on authority. The only question is how long this deadly wave of repression, corruption, and the authoritarian rule will last.

Located in Central America, Nicaragua, officially the Republic of Nicaragua, is a country of political instability, civil wars, and natural disasters. Although it is the largest of the countries in the Central American Isthmus, Nicaragua is considered the poorest of them, with a total nominal GDP of $10.5 billion. Perhaps surprisingly, however, the country suffers from relatively low street crime and violence. Thanks to this relative safety and a tremendous mix of natural beauty and historical sites, it has increasingly become a tourism hotspot. These destinations include the oldest city in the region, the ruins of Leon Viejo, the only freshwater sharks known in the world, and the infamous Dual Volcano. The tourism boom, however, has so far failed to ease the country’s poverty, and around 15 percent of the country’s population has an income below $3.2 per person per day (World Bank, 2017).

Throughout much of the 20th century, Nicaragua was ruled by the Somoza family. Father Anastasio Somoza García ruled from 1936 to 1956, and then his two sons, Luis and Anastasio Somoza Debayle, ruled until they were overthrown in 1979 by a violent campaign led by the Sandinista National Liberation Front (FSLN). Throughout the Somoza regimes, the family held political power directly in their role as president or sometimes through puppet presidents. The Somoza’s’ 44-year-long dictatorship was propped up by support from the US government as well as the family’s absolute control and ownership of large areas of land and many businesses and support from the Nicaraguan army (Diederich, 1981).

The Somoza family made unprecedented investments in land, manufacturing, transport, and real estate (Merrill, 1993). Among these investments were a shareholding in the Nicaraguan national airline, Lanica; hundreds of thousands of acres of Nicaraguan crop and cattle land; a fishing fleet; and a Managua radio and television station and newspaper (King, 1979). Additionally, the Somoza’s also made large profits from economic concessions to national and foreign companies, bribes, and illegal exports. By the end of World War II, the elder Somoza’s fortunes were estimated at $60 million. In an interview after his removal from office in 1979, Debayle said his family fortune was around $100 million, and $80 million of it remained in the country after the revolution. The opposition, however, claimed that the true amount was closer to $500 million to $1 billion. According to Debayle, this was just “a myth to get the masses to hate the Somozas” (King, 1979).

A group of approximately twenty university students and activists established the FSLN in 1961. Later known as the Sandinistas, the group was ideologically inspired by the Cuban Revolution. Its raison d’etre was clear from the beginning: to seize political power “through the destruction of the bureaucratic and military apparatus of [Somoza’s] dictatorship” (Hunter, 2012). The FSLN, therefore, bore significant populist features. Its members were nationalists. They were also highly critical of US intervention in Nicaraguan affairs as well as the Washington-led international system. They were driven by the idea of independence from the so-called imperialist powers and ensuring relief for the “true people” of the country.

By the early 1970s, the FSLN was considered an important force in Nicaragua. It had significant support from peasants and students across the country. The group’s first smashing act came in December 1974, when a group of its members invaded a Christmas party and seized as hostages twenty prominent Nicaraguan officials, many of whom were Somoza Debayle’s relatives (Riding, 1974). The president gave in to the guerrillas’ demands, paying them $1 million in ransom and let their official communiqué be read on the radio and printed in the country’s best-known daily newspaper, La Prensa. Somoza also agreed to the release of 14 Sandinista prisoners and 13 guerillas (Weathers, 1983). His compromises later fueled a major counterinsurgency campaign against the FSLN across the country, forcing the latter to go underground until the state of siege was lifted in September 1977.

In 1979, the FSLN finally overthrew the Somoza regime. After a violent campaign, including many kidnappings, FSLN guerrillas managed to take control of the Nicaraguan government in July 1979, ending the 44-year-old Somoza regime. The Junta of National Reconstruction, composed of incumbent president Daniel Ortega, two left-wing activists, Sergio Ramírez and Moisés Hassan Morales, and two right-wing representatives, Alfonso Robelo and Violeta Barrios de Chamorro, immediately assumed effective power to rule the country for the next five years as a provisional government. On November 4, 1984, the very first presidential election was won by Ortega and his running mate, Ramírez. Then, the junta was dissolved, and its head became an “elected” president.

Throughout the 1980s, the Sandinistas implemented major agrarian reforms that benefitted over 75 percent of households in the countryside. The first phase of this reform included the confiscation of property owned by the Somoza family and its inner circle. The second and third phases of the reforms then distributed hundreds of square kilometers of land to the peasantry. Additionally, the Sandinistas nationalized some of the country’s major industries, expanded public health care, and invested in education services. The 1980s also saw a significant advance in workers’ and women’s rights. By 1990, over 55 percent of the working population was unionized, with laws guaranteeing the right to strike (Prevost 1996, 308). Women were granted the right to paid maternity leave and legal equality under civil law (Prevost 1996, 308). Despite these and many other populist investments, however, the first Sandinista era was characterized by warfare against the counter-revolutionary forces, or the Contras.

After almost 12-years of Sandinista rule, Violeta Chamorro, the presidential candidate of the National Opposition Union (UNO), surprisingly defeated Ortega in the 1990 election. With Chamorro in the office, Nicaragua pursued a neo-liberal economic recovery program, which featured a set of austerity measures, such as large cuts in public spending, devaluations, and significant reductions in state-led public investments (Prevost 1996, 311). As part of a program known as the Mayorga Plan, Nicaragua was re-integrated with the world market. A set of major privatizations of state-owned enterprises were implemented, and various tax concessions were granted to promote foreign investment in the country.

When Arnoldo Alemán of the Liberal Alliance was elected president in the 1996 election, he pursued a similar neoliberal economic policy, which further opened Nicaragua to foreign investment. But his presidency was mostly marred by massive corruption allegations (Rother & Forero, 2005). His successor, Enrique Bolaños, launched a nationwide anti-corruption campaign against Alemán and his inner circle.

The year 2006 again saw the rise of the FSLN after almost seventeen years in the opposition. Daniel Ortega once again became president when he secured some 38 percent of the vote in the November 2006 election. Ortega’s election campaign was heavily dominated by religious, socialist, and nationalist themes. Although he failed to amass a majoritarian mandate, Ortega managed to gain significant popularity during his first term and thus secured a foundation to consolidate his authoritarian grip on power while also dismantling the neo-liberal reforms of the previous governments. The latter was done in the name of the “true people” of the country. His first term policies revealed his authoritarian and populist tendencies, as well as his pro-business and pragmatic economic stances (Looney, 2013). He re-introduced some of his public spending and social policies, among them the much-appreciated nationwide free food distribution program funded by Venezuela’s Hugo Chavez. He did, however, retain the structural bases of his predecessors’ economic policies. In 2007, he opted to reconcile with the IMF and held onto reforms to attract foreign investment. Later he ratified Nicaragua’s participation in the Central American Free Trade Agreement (CAFTA).

At the same time, he also adopted a strong, radical anti-US rhetoric in his public speeches. Ortega saw his second ascent to power as the continuation of Nicaragua’s uncompleted revolution. It was natural for him to embrace a strong, radical anti-US and anti-imperialist rhetoric. In Ortega’s rhetoric, the FSLN represents the legacy of Nicaragua’s struggle against the Somoza’s corrupt rule, propped up by foreign intervention – chiefly, the US.

As of 2020, Nicaragua is showing all the symptoms of a dictatorship. The country is suffering under an enormous concentration of power by President Ortega. After controversially amending a constitutional ban for the re-election of a sitting president, Ortega won a third term in 2011. In 2014, the FSLN-dominated Congress voted to scrap presidential term limits, allowing Ortega to run indefinitely for president. In the 2016 election, he secured a fourth term in office amid credible claims of rigged votes.

Mainstream media is mostly under government control, with the president’s family directly owning at least three major TV channels in the country. In 2016, Ortega made his wife, Rosario María Murillo Zambrana, the vice president. In 2018, over 500 people were killed and thousands were injured by regime forces and pro-government militias during nationwide demonstrations against the government’s social security decrees that increased taxes and decreased social benefits (DPA International, 2018). Credible reports have revealed that regime police committed grave human rights violations against the arrested protesters, subjecting them to torture, including “beatings, waterboarding, electric shocks, and rape” (Human Rights Watch, 2018).. Additionally, hundreds of public servants, including doctors and nurses, were fired from state hospitals and clinics over their alleged involvement in the protests.

Despite his increasing authoritarianism, President Ortega still insists that he is a man of the people. His populist slogan remains, “El Pueblo Presidente” (People are the President). In the near future, Ortega is expected to increase his grip on authority. The only question is how long this deadly wave of repression, corruption, and the authoritarian rule will last.

Geographic Location: Central America, between Costa Rica and Honduras and bordering both the Caribbean Sea and the North Pacific Ocean, 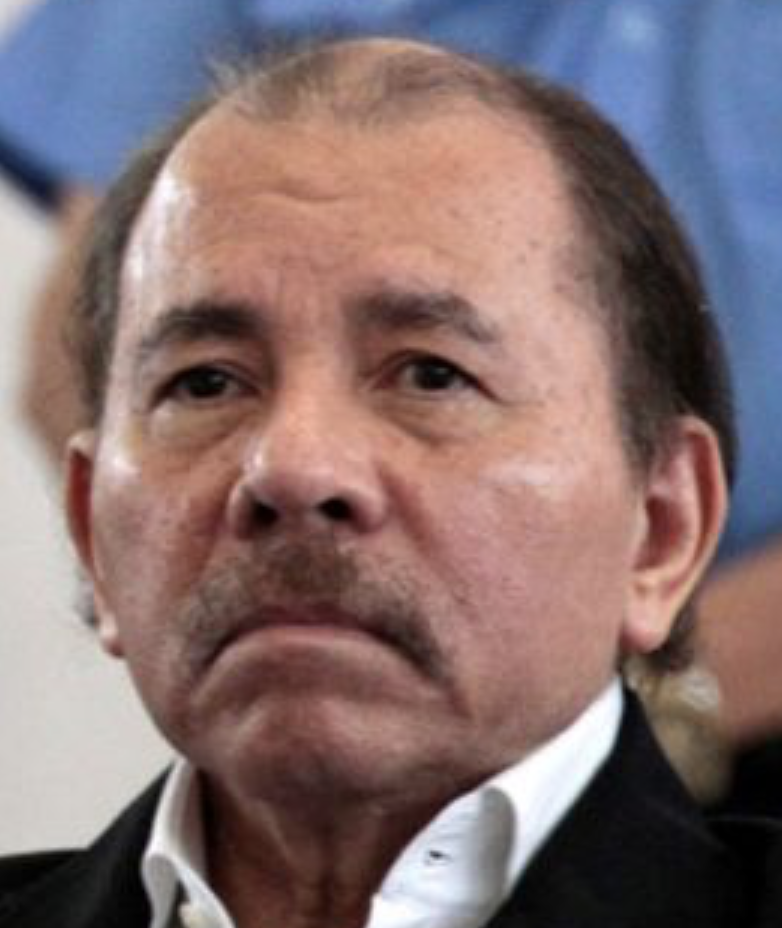 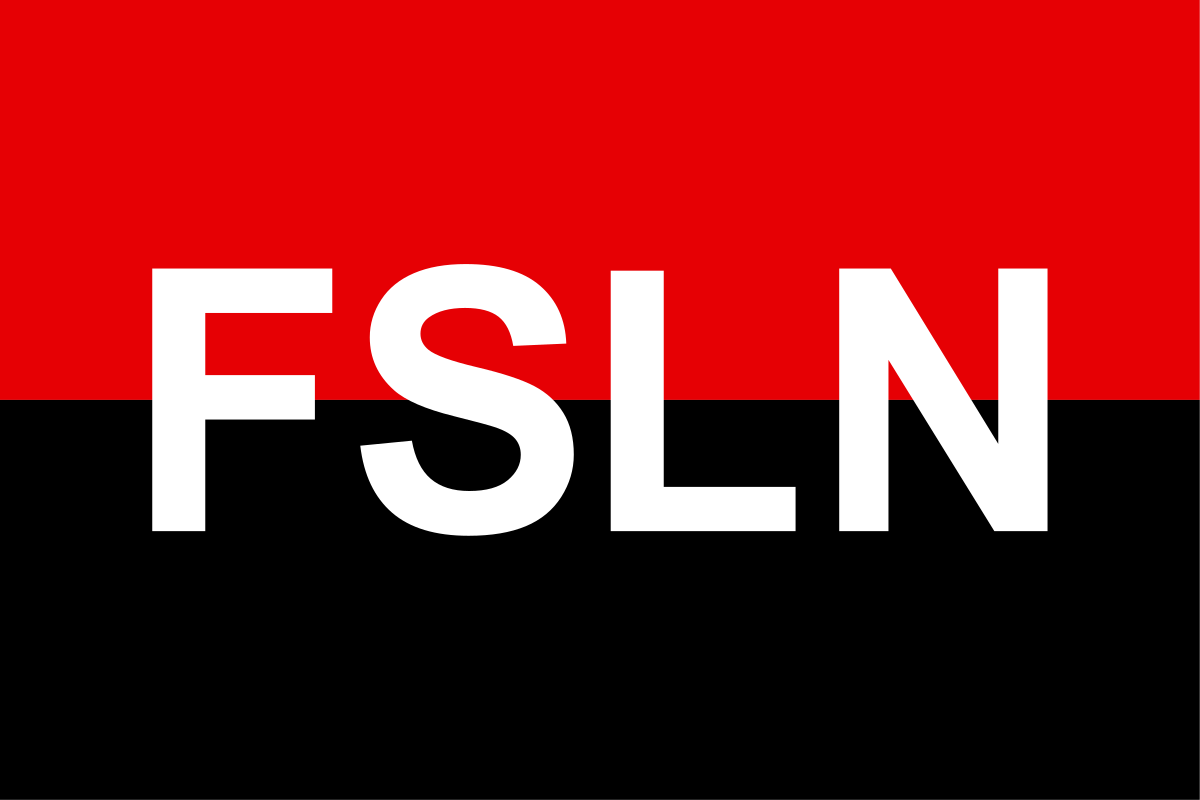