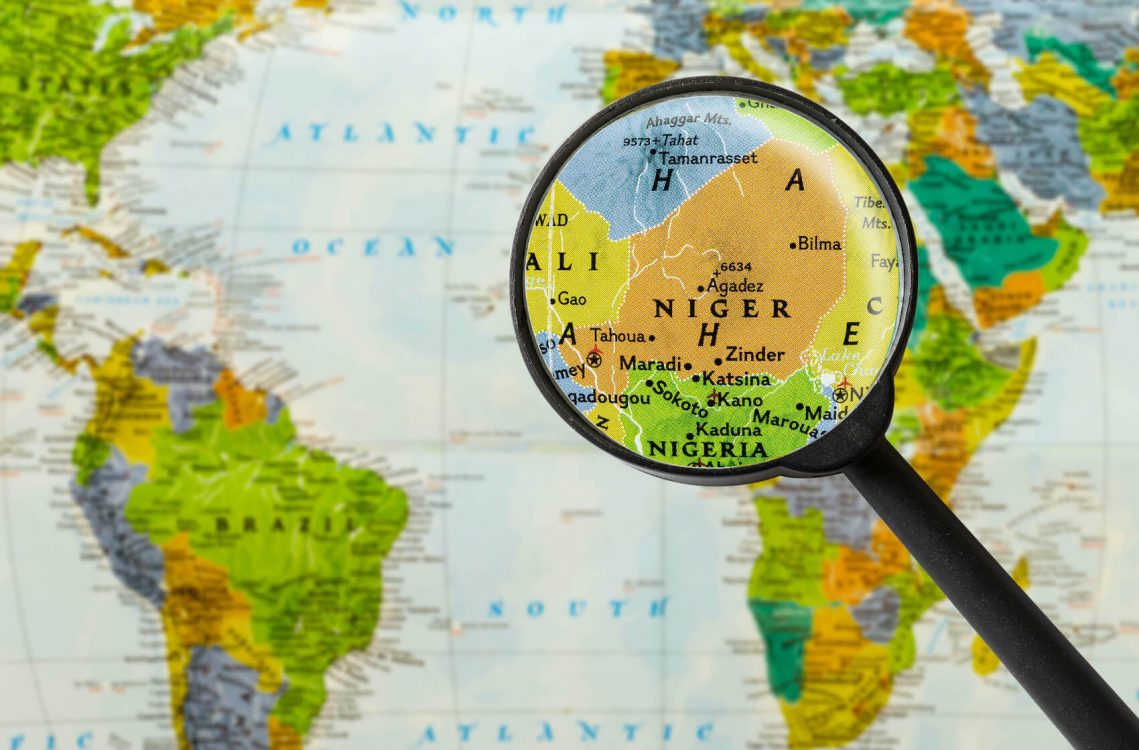 Niger today continues to struggle in the face of wide-spread poverty caused by frequent droughts and insurgencies by Islamist militants, such as Boko Haram. However, President Mohamed Bazoum is not likely to follow a populist playbook but rather a progressive one aimed at women and minority groups devastated by the country’s chronic poverty.

Located in West Africa, Niger, officially the Republic of Niger, is one of the world’s least-developed countries (World Bank, 2021). While it is considered the second-largest landlocked country in West Africa, after Chad, some 80 percent of its land area lies in the Sahara Desert. The initial traces of European colonization dates to the arrival of the French in the late 1890s. As early as 1922, Niger was officially named a colony within French West Africa. Throughout the first half of the 20th century, the Colony of Niger, under indirect French rule, was a key connection point in the trade of agricultural goods among other French territories in West Africa.

In 1958, Niger first became an autonomous republic, and two years later, declared full independence from France. Independence commenced a new era of governance in the country, with Hamani Diori becoming the country’s first president under a single-party civilian regime. Throughout his 14-year reign, Niger maintained close relations with the Western world, France in particular. His regime therefore featured strong neo-colonialist themes and triggered widespread discontent, which led to occasional populist student and union protests. The Diori regime was also accused of authoritarianism, extreme corruption, favouritism, and a failure to take concrete steps to alleviate the widespread famine caused by the Sahelian drought in the 1970s (Agnew, Chappell, 1999).

In 1974, the Niger Armed Forces led by Seyni Kountché overthrew President Diori, turning Niger into a military regime, with Kountché becoming the president for the next decade. Upon assuming power, despite its revolutionary anti-establishment features, the Kountché regime quickly became the country’s new elite force and thus did not take any significant populist turn. The economy remained capitalist and entrepreneurial, while the country maintained close economic and military relations with France and the Western Bloc. However, the Kountche regime introduced a set of limited efforts aimed at economic recovery and the transition to a civilian a constitutional form of government. A Prime Ministry was established in 1982, and Mamane Oumarou was appointed as the first civilian prime minister in 1983.

Following Kountché’s death in office in 1987, his position was taken over by another military officer, Ali Saibou. In September 1989, a new constitution was enacted, bringing Niger back to civilian rule, albeit under a one-party system with the National Movement for the Development of Society as the sole legal party. In December of the same year, Saibou was declared the winner of the presidential election after allegedly securing 99.6 percent of total votes (African Elections Database, 2011). Following nationwide discontent and popular protests, however, Saibou was forced to introduce a multi-party system in 1990. Losing support from within his party and from the military, he eventually announced his intentions to hand over the presidency to the winner of the 1993 presidential elections, Mahamane Ousmane of the Democratic and Social Convention – Rahama.

Ousmane’s election, however, failed to remedy Niger’s chronic political instability. Only two-and-a-half years into his presidency, Ousmane was deposed in a military coup d’état in 1996 and was replaced by General Ibrahim Baré Maïnassara. General Maïnassara was ambushed and assassinated in an apparent coup attempt in 1999 (BBC News, 1999). Upon Maïnassara’s death, General Daouda Malam Wanké assumed the presidency under a transitional government. Following the December 1999 election, he peacefully handed over the presidency to the newly elected president, Mamadou Tandja.

Tandja, the candidate of the National Movement for the Development of Society, won the second round of the 1999 presidential election with some sixty percent of total votes against his rival, Mahamadou Issoufou. He repeated a similar electoral success in 2004, this time with some sixty-five percent of total votes. His presidency was characterized by his efforts to stabilize the heavily indebted economy. His unpopular austerity measures included tax increases and reduced government spending to reduce budget deficits and eventually led to violent mass protests by union and student groups. He initially promised a peaceful transition of power at the end of his second term. However, his subsequent attempts to extend his mandate beyond the constitutional maximum, later known as the 2009–2010 Nigerien constitutional crisis, led the Niger Armed Forces to remove him from power in a coup d’état in February 2010 (The New Humanitarian, 2010).

Following a year-long transitional government under the presidency of Lieutenant General Salou Djibo, Mahamadou Issoufou of The Nigerien Party for Democracy and Socialism (PNDS) won the 2011 general election with some 58 percent of total votes. His party, the PNDS, also emerged as the largest in the National Assembly. In 2016, he repeated a similar electoral victory, this time with ninety-two percent of total votes in the second round against Hama Amadou. With the end of his second term, President Issoufou peacefully transferred the presidency to the winner of the 2020–21 general election, Mohamed Bazoum, marking the country’s first democratic transition of power. Due to his respect for democratic elections and constitutional term limits, he was therefore awarded in March 2021 with the Ibrahim Prize, which recognises and celebrates excellence in African leadership (Mo Ibrahim Foundation, 2021). The prize committee congratulated the president for his good governance and relative economic success during his time in the office: “President Mahamadou Issoufou has led his people on a path of progress. Today, the number of Nigeriens living below the poverty line has fallen to 40 percent, from 48 percent a decade ago. While challenges remain, Issoufou has kept his promises to the Nigerien people and paved the way for a better future” (Mo Ibrahim Foundation, 2021).

Although possessed of some limited left-leaning populist attitudes at times, the Mahamadou regime was widely regarded by many as the Establishment. Throughout his presidency, on many international platforms, the president voiced strong Nigerien support for multilateralism and warned against global challenges caused by climate change and waves of immigration (DOC Research Institute, 2021). His administration also prioritized security in the Sahel region and Lake Chad Basin, calling on the international community to support the fight against terrorist organizations in Africa (DOC Research Institute, 2021).

In the 2020–21 general election, the PNDS’s Mohamed Bazoum secured some 55 percent of total votes in the second round, becoming the next president. As part of his presidential campaign, Bazoum championed a set of progressive policies, such as the promotion of gender equality, the establishment of a gender-equitable education system, as well as increasing overall literacy (Deutsche Welle, 2020). He also promised to continue the previous government’s fight against jihadist groups linked to al-Qaeda: the so-called Islamic State group and Boko Haram on the border with Nigeria and other neighbours. President Bazoum is not likely to follow a populist playbook but rather a progressive one aimed at women and minority groups devastated by the country’s chronic poverty.

Despite the relative progress during Mahamadou’s 10-year rule, Niger today continues to struggle in the face of wide-spread poverty caused by frequent droughts and insurgencies by Islamist militants, such as Boko Haram. In terms of civil liberties, Niger is considered a partly-free country (Freedom House, 2021). Although Nigeriens enjoy regular multiparty elections, the country’s non-institutionalized political structure leaves Niger wide open to nepotism and rampant corruption even at the highest levels of the government. That being said, populist politics has been less prevalent in Niger compared to its neighbouring countries. Anti-establishment and anti-corruption sentiments surely exist in the country, though they have not been openly exploited. Time and opportunities may pave the way for populists to achieve more political prominence in the future. For now, however, it is safe to argue that only several minor and medium-sized political parties exhibit some limited populist features. The Nigerien Democratic Movement for an African Federation, for instance, is one of those considered to have followed a populist playbook, in the form of Pan-Africanism and Islamic democracy. Founded in 2009, the party received some twenty percent of total votes in the 2011 election. This early electoral success, however, seems to have diminished quickly, as it received some 13 percent of total votes in the 2016 elections and then eight percent in the 2020 election.

In addition to the relatively poor record of political rights, the country also scores relatively low in many categories such as personal freedom, same-sex relationships, and religious liberties. According to the UN’s Human Development Index, Niger is one of the least developed countries in the world. Partly because of its disadvantaged geographical position, more than 10 million people—some 45 percent of the population—chronically live below the poverty line (The World Bank, 2021). 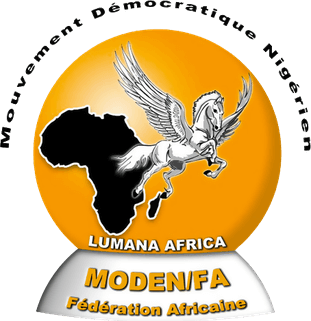 The National Movement for the Development of Society (MNSD) 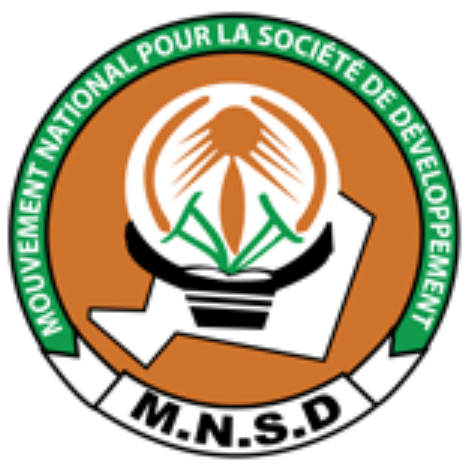