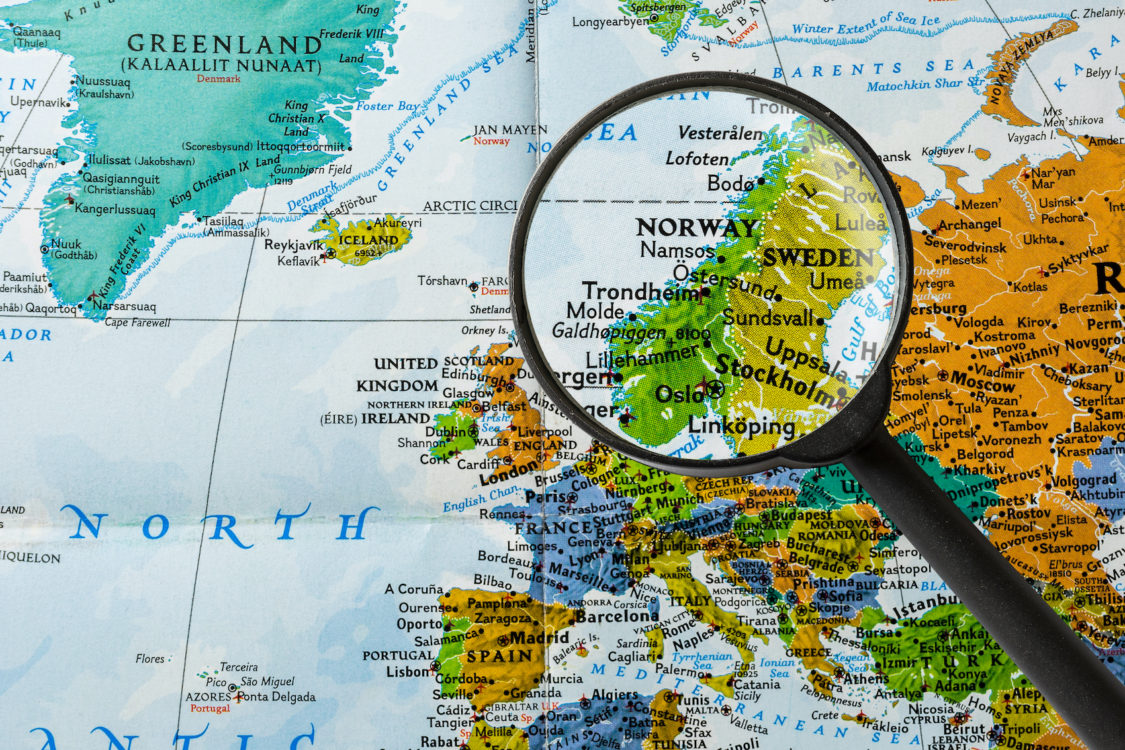 Although the right-wing Progressive Party withdrew from Norway’s coalition government early in 2020, it has played a significant role in poisoning the political mainstream with its obsessive anti-immigration rhetoric, a trait common among European right-wing populist parties. Today in Norway, anti-immigrant rhetoric increasingly dominates the party system and is embraced by almost all political actors, through both narratives and policies. Such a reality will only make it easier for right-wing populists to deepen anti-immigrant and Islamophobic sentiments within Norwegian society.

Located in Northern Europe, Norway, officially the Kingdom of Norway, is a unitary sovereign state with a constitutional monarchy. Populists, armed with anti-immigrant and Islamophobic rhetoric, have long been active and viable within Norwegian politics, especially since the early 2000s, when they became a major political force. Thanks to the repeated electoral successes of right-wing parties such as the Progress Party (PP) – Fremskrittspartiet – Norwegian populism is well-established and an indivisible part of a governing mindset that believes Islam does not belong to Europe and that Muslim immigration to Europe should be limited – or prohibited completely.

Norway is known to be among the world’s most economically and socially developed countries. Along with its neighbors – Denmark, Iceland, Sweden, and Finland – it is routinely ranked among the world’s five happiest countries, ranking exceptionally well on all main factors deemed “necessary” for happiness: income, social equality, freedom, generosity, health, and good governance (World Happiness Report). The country is a successful example of a well-functioning democracy with a high level of social cohesion and trust between citizens, gender equality, and equal distribution of incomes.

Norway is also a unique example of the Nordic model, a term that refers to the combination of social welfare and free-market capitalism. While the country employs the central characteristics of capitalism, such as a free market and economic efficiency, its social welfare system provides its citizens with health care, social security, illness benefits, and a pension.

Despite its well-functioning democratic institutions and an admirably effective welfare state, Norway has long been a hub for right-wing populism fueled by strident nationalism and by concerns about protecting Norwegian identity and heritage, particularly from immigrants from Muslim-majority countries. This relative paradox has captured the attention of many scholars who wonder: how have far-right parties secured relatively high support in a country not seriously affected by the 2008 global financial crisis? In 2013, Norwegians experienced their most right-wing government since World War II. Until early 2020, the Progress Party and its chairperson Siv Jensen dictated the country’s immigration – and to a certain extent, fiscal – policies.

There are currently four (4) populist political parties in Norway.[1] Of these, the PP is often seen as the greatest representative right-wing populism thanks to its emphasis on immigration, especially from Muslim countries. When it was founded by Anders Lange in 1973, the main driver of the party was oppositon to the high taxation policies of the successive conservative and socialist governments. Highly dependent on the charismatic leadership of its founder, the party was named the “Anders Lange’s Party for a Strong Reduction in Taxes, Duties and Public Intervention (ALP).” ALP was a neo-liberal party that was in favor of economic liberalization and privatization of public services. It was not derived from Europe’s traditional right-wing extremist bold, such as fascist or Nazi parties (Allern 2010, 26). Instead, it bore heavy traces of anti-establishment populism and directly appealed to the “true” people. In the 1973 general election, ALP surprisingly received five percent of the votes, mostly from voters tired of high taxes, bulky bureaucracy, and the large welfare state system (Jupskås 2016, 161).

In 1977, the party changed its name to the Progress Party, but it achieved little if any electoral success until the late 1980s. Beginning then, the PP gradually transformed into an anti-immigration and anti-establishment party, building up support across several national elections, increasing its share of the vote from 3.7 percent in 1985 to 13 percent in 1989 and finally to 15 percent in 1997.

The party’s most significant electoral success to-date came in the 2005 general election, when it received 22.1 percent of all total votes and secured 38 seats in Parliament, becoming the second-largest political party in the country. Four years later, in 2009, it managed to slightly increase its share of votes to 22.9 percent, winning 41 seats in Parliament. Although it lost one-third of its seats, the 2013 general election marked the beginning of a new period, as the PP for the first time became a governing party as part of a minority coalition with the center-right Conservative Party. This coalition helped the PP to further integrate into the political system and to secure its place as one of the major political forces in the country (Bjerkem, 2016).

Identity politics, cultural issues, and immigration – especially from Muslim-majority countries – are where the PP and right-wing populism converge. The party executives argue that immigrants often fail to internalize Norwegian values and the so-called “western way of life” and thus fail to integrate into society. Christian Tybring-Gjedde, a PP executive, believes Islam opposes the “liberal” values the PP supports; thus, all newcomers from Muslim-majority countries must “avow unconditional love for Norway and Christian cultural heritage” (Fangen, Vaage 2018). Early in 2020, Tybring-Gjedde also called for a public referendum to completely stop non-Western immigration (Sputnik 2020). Siv Jensen, the PP leader, employs a similarly critical view of Islam and immigration. Norway, she believes, has one issue – and that is the asylum seekers coming en masse to Europe (Goodspeed, 2010). Jensen however dismisses accusations of racism directed at her party: “[PP] has been called a lot of weird things for many decades. In the 1980s and the 1990s, for example, we were called racists because we felt that those who came to Norway had to learn Norwegian” (Nikel, 2019).

Although the PP relatively toned down its anti-immigrant rhetoric after joining the coalition government in 2013, anti-immigration policies were implemented. During the 2015 European refugee crisis, PP’s Sylvi Listhaug was appointed as the Minister of Immigration and Integration, a newly formed cabinet position tasked with tightening asylum regulations in the country. In less than two years, Listhaug managed to reduce the number of asylum seekers in Norway fifteen-fold, from around 30,000 in 2015 to only 2,000 in 2017. And those who still insist on coming to Norway, she said in September 2017, will learn to live like a Norwegian: “drink alcohol, eat pork, and not believe in veils” (Hacohen, 2017).

In January 2020, PP leader Jensen announced her party’s withdrawal from the government due to a cabinet decision to bring a Syrian woman suspected of affiliation with the Islamic State (IS) and her two children, to Norway. PP officials were reportedly in favor of helping the children but were not willing to bring any adult who allegedly had links to an Islamist group abroad (Henley, 2020). “I brought us into government, and I’m now bringing the party out,” Jensen said, adding that her party made too many concessions over the years (Henley).

Founded in 1920, the Centre Party (CP) is another populist party that is worth mentioning. Although it is sometimes defined as centrist, the CP’s main ideological focus revolves around a left-leaning populist agenda, such as Hard Euroscepticism, protectionism, Economic nationalism, and solidarity. The party is mainly known for its efforts to strengthen customs protections for agricultural products and introduce high tariffs on foreign cheeses and meats (Havro, 2012). Perhaps unsurprisingly, the CP executive has often led Eurosceptic discourses. Winning 10.32 percent of total votes in the 2017 general elections the party managed to obtain 19 seats in Parliament.

In terms of civil and political liberties, Norway is a free country (Freedom House, 2019). Liberties are strongly respected, and voters enjoy regular and competitive multiparty elections. With its independent media and strong civil society actors, the country often dominates the ranks of the world’s best-performing democracies. It scores highly in many categories such as personal freedom, same-sex relationships, and religious liberties. This is however not to deny that Norway is struggling greatly to ensure fundamental rights for immigrants, a struggle that coincides with a periodic increase in support for Islamophobic populist discourses and parties. Islamophobia and racism are the two greatest challenges for Norwegian society. An Islamophobia Report revealed in 2019 that 34 percent of the population “displays marked prejudices against Muslims” (Ziabari, Doving, 2019). Islamophobic groups, such as Stop Islamisation of Norway (SIAN) – Stopp islamiseringen av Norge – are increasingly gaining ground in the country.

Although the right-wing Progressive Party withdrew from Norway’s coalition government early in 2020, it has played a significant role in poisoning the political mainstream with its obsessive anti-immigration rhetoric. Today in Norway, anti-immigrant rhetoric increasingly dominates the party system and is embraced by almost all political actors, through both narratives and policies. Such a reality will only make it easier for right-wing populists to deepen anti-immigrant and Islamophobic sentiments within Norwegian society.

[1]  The Red Party (Rødt); The Centre Party (Senterpartiet); The Democrats in Norway (Demokratene i Norge); The Progress Party (Fremskrittspartiet). 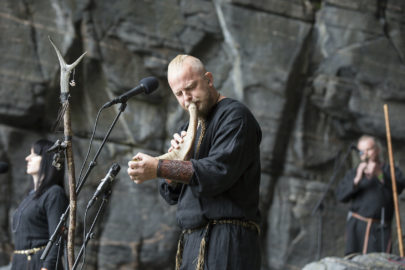 Music and the Far-Right Trance

By Heidi Hart On a cold-soaked January night in Berlin, less than a week after the 2015 Charlie Hebdo attack […] 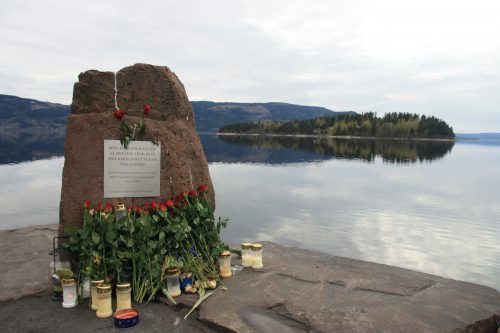 Prof. Anne Gjelsvik: One topic that’s really important to someone can lead to extremism

“I think the words that we use are very important. Quite a lot of studies on the Capitol [attack], […] 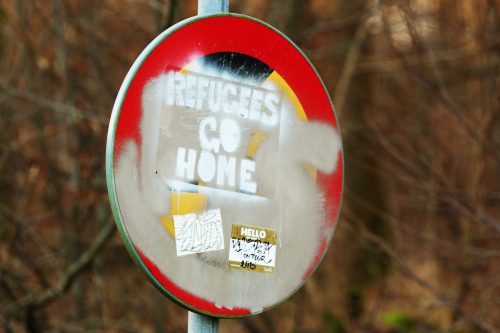 Dr. Wiggen: “Without understanding or trying to understand the role of racism, I can’t see how you can understand […] 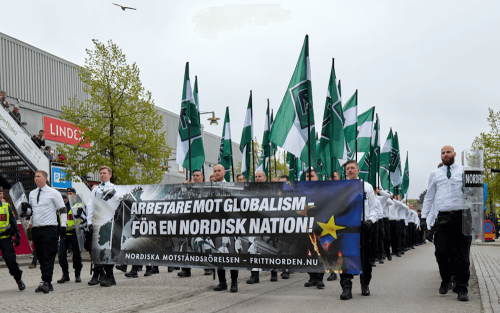 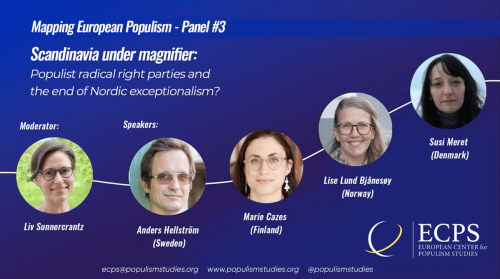