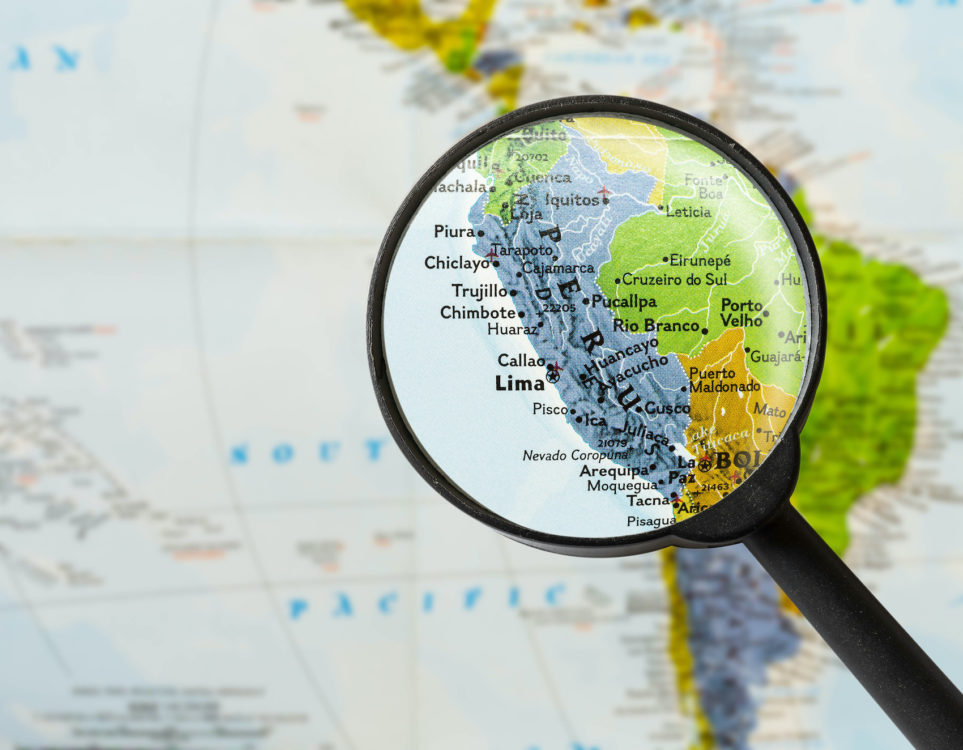 President Martin Vizcarra has already announced that he will not seek a second term in 2021. He therefore does not need to build a base of popular support. The lack of any further electoral concerns provides Vizcarra with the freedom to follow a relatively non-populist playbook. Due to deteriorating economic conditions, however, opposition pressure is increasingly cornering the government. Many therefore rightly predict the return of populist politics to Peru sooner than expected.

Located in the western portion of South America, Peru, officially the Republic of Peru, is a country with a rich and varied heritage and diverse geography and climate. From the Rainbow Mountains to the world’s second deepest canyon, and on to spectacular Machu Picchu, Peru has long been a dream destination for travelers and locals alike. Unlike many of its neighbors, it also has a relatively prosperous economy with an average growth rate of 6.1 percent (World Bank, 2020b); citizens enjoy an average per-capita income that would be considered upper to middle-class, worldwide (World Bank, 2020a). Throughout the 20th century, the Peruvian political landscape was at times dominated by sharp turns to populist politics, especially the all-out populist revival in the 1980s and 1990s. Most of the time, these populist turns were either suppressed by the army or rivaling political ideologies. However, populist features remain embedded in Peruvian politics.

The beginning of Peruvian populism dates back to the emergence of two populist movements in the 1930s: the Alianza Popular Revolucionaria Americana (APRA), led by Víctor Raúl Haya de la Torre, and the Unión Revolucionaria (UR), led by Luis M. Sánchez Cerro. After he was deported to Mexico by Peruvian authorities due to his involvement in anti-government protests in 1922, Haya de la Torre founded the anti-imperialist APRA in 1924, in Mexico City. He later returned to Peru in 1930 and formally created the political party, Partido Aprista Peruano – The Peruvian Aprista Party. He ran for president in the 1931 election. He lost and was imprisoned in 1932. Though Haya de la Torre was released a year later, he was forced to spend more than a decade in hiding, emerging only in 1945. His populist style of politics appealed to the poor and eventually won him the presidency in 1962 when he won 33 percent of all votes. The results were soon annulled by a military coup in July of the same year.

A year before his death, Haya de la Torre was elected the President of the Constituent Assembly in July 1978. The Assembly was tasked with drafting a new constitution for the country. Although he was repeatedly stripped of electoral victories by military coups, Haya went down in history as a revolutionary nationalist who offered a populist political program to address poverty, underdevelopment, and social injustice not only in Peru but in the whole of Latin America. His political career was dedicated to the goals of the full nationalization of foreign enterprises, of Latin American unity, and of stopping the exploitation of Indians (García-Bryce, 2018). He therefore often appealed to much-used populist rhetoric emphasizing his struggle for the people at the expense of the ruling elite, army officials, and oligarchs in particular. Some argue that his alleged homosexuality may also have caused him to carve out an image as an “outsider” who fought to unlock a viable space within the established Peruvian political sphere in the name of disadvantaged and vulnerable groups (García-Bryce, 2018).

Peru is no stranger to military coups. In 1948, the civilian government was overthrown by a coup led by General Manuel A. Odría. From then on, Odria banned all opposition parties, APRA in particular, and assumed the presidency. He ruled the country for eight years, until 1956. Although he was not elected through democratic means, he had a strong populist agenda and sought to secure support from the poor and lower classes. He significantly restricted political and civil liberties in the country but tried to balance these measures with widespread social reforms to ease public disapproval (Stein, 2012). His wife, María Delgado de Odría, helped boost his image with her frequent public appearances in the slums of Peru’s capital, Lima (Stein, 2012).

In a surprising turn of events, Odría called for the legalization of opposition parties and the scheduling of a general election. During this transition period in 1956, a political group named the Frente de Juventudes Democráticas – Democratic Youth Front – was launched by Fernando Belaúnde Terry, who also became the party’s presidential candidate that same year. Although Belaúnde enjoyed significant electoral success, his presidential bid was dismissed by the existing military rule in favor of right-wing politician Manuel Prado. In response, Belaúnde established a political party named Acción Popular (AP) – Popular Action – as a challenge to the established political system dominated by the military. In the 1963 election, Belaúnde managed to secure around 39 percent of all votes and his AP became the largest political party in Congress.

During five years in the office, Belaúnde set out to implement a series of widescale social reforms, including amendments to social security and health care. To fight poverty, he also led the construction of education centers and social interest homes. Many of these reforms, however, were mostly overshadowed by deteriorating economic conditions during his presidency. Due to political scandals, economic problems, and an unpopular deal with a foreign oil company, the Peruvian army overthrew Belaúnde in 1968. Shutting down the populist surge, army officials governed the country until 1980. When new elections were held in May 1980, Belaúnde made a dramatic comeback by securing almost 45 percent of the vote, while his party, Popular Action, became the largest party in both houses of Congress. Belaúnde’s second term was at least as populist as the first one. However, grave economic and social problems remaining from the period of military government rapidly ate away the Belaúnde’s popularity.

Today, Belaúnde is considered perhaps the most significant populist politician in Peru’s history. Both during his election campaigns and his years in the office, he spent much of his time “on the ground,” visiting urban and rural regions and personally getting in touch with locals. In a surprise to no one, the main theme of his campaigns was “the people” (Terry, 1960). He often emphasized the centrality of the people, constructing an image of himself as the representative of the neglected masses: “I do not wait idly for people to knock on my door. I seek them out wherever they live – on the coast, in the sierra or the jungle” (Heilman, 2010). It should be noted that despite his heavy populist rhetoric, Belaúnde was far from a utopic revolutionist; instead, he capitalized on the possibility of national transformation via legalistic reforms (Heilman, 2010). In other words, although he and his party could righty be categorized as anti-establishment actors, they were not openly confrontational or hostile to institutions.

In 1985, the aforementioned Aprista populists made a comeback when Alan García won the presidential election. After assuming the presidency, Garcia embraced a so-called anti-imperialist, heterodox economic agenda, which drove foreign investors from the country (COHA, 2010). Due to his defiance of hegemonic international financial institutions, inflation soared between 1985 and 1990, and by the last year of García’s term, real wages had fallen to half of their 1980 level (COHA, 2010). Needless to say, his approval rate dropped sharply, paving the way for the surprising landslide victory of neo-populist Alberto Fujimori and his party, Cambio 90. Thriving on a turmoil of public debt, hyperinflation, and economic contraction, Fujimori campaigned as an outsider willing to challenge the corrupt politicians. Many argued that throughout his presidency, Peru managed to qualify as a “democratic” country that respected civil and political rights, at least to a certain extent (Ellner, 2003).

Fujimori’s government was often praised for being “less corrupt” than its previous counterparts. However, several credible reports by Amnesty International accused his government of engaging in widespread and systematic human rights violations and crimes against humanity under international law. These and many other accusations were related to his government’s crackdown on two violent insurgencies during which an estimated 69,000 people ended up dying over the course of ten years (BBC News, 2018). None of these, however, falsify the reality of Fujimori’s populist reign. His rhetorical appeal to the marginalized, poor classes of society, and his hostility toward traditional establishment parties and politicians, gained him considerable sympathy from the ordinary masses (Ellner, 2003).

After serving two full terms as president, Fujimori fled to Japan four months into his third term and resigned from his post via a fax message, literally inventing a new way to quit the presidency in Latin America. His resignation was mostly in response to nationwide protests against his controversial candidacy for his third term. The next year, he was accused of a multitude of crimes ranging from corruption to human rights violations. When he returned to Peru in 2007, he was charged with bribery and abuse of power and sentenced to 27 years in prison by a Peruvian court (BBC News, 2018). In 2017, he was pardoned by the president because of his deteriorating health conditions.

In 2011, left-wing nationalist Ollanta Moisés Humala Tasso won the presidential election with over 51 percent of total votes. His presidential campaign was dominated by populist pledges that included redistribution of wealth (specifically that garnered from the country’s key natural resources) and implementation of nationwide social assistance programs. He also promised the nationalization of several key industries and the legalization of coca-growing (Money Week, 2006). Additionally, in an effort to appeal to ordinary Peruvians, he often emphasized his distance from the traditional parties and elitist politicians (Engler, 2006). Throughout his political career, he maintained good relations with the “pink tide” leaders in Latin America, Hugo Chávez of Venezuela in particular. His sympathy for the military regime of Juan Velasco Alvarado and with Cuban leaders was also evident (Tisdall, 2006).

In 2016, Pedro Pablo Kuczynski, a center-right politician who had formerly worked at the World Bank and International Monetary Fund, as well as General Manager of Peru’s Central Reserve Bank, was elected president. His administration was short-lived: he resigned over corruption accusations on March 23, 2018; Vice President Martín Vizcarra was then sworn into the office. Mr. Vizcarra has already announced that he is not going to run in the next elections. He, therefore, has no need to build a base of popular support. The lack of any further electoral concern provides Vizcarra with the freedom to follow a relatively non-populist playbook. However, since the pandemic began in early 2020, he implemented nationwide stay-at-home orders as well as relief funds, predominantly for the poorer segments of society. Additionally, in response to the allegations of corruption towards the previous government, he called for a populist referendum in 2018 to ban the re-election of lawmakers, to prohibit private funding for political campaigns, and for fast-track judicial reforms (Taj, Cespedes, 2018).

Vizcarra is widely accused by the opposition of several “crimes” that include alleged irregular government contracts and corruption; many in the opposition want to impeach him. So far, he has managed to survive these efforts. However, due to the deteriorating economic conditions, the Vizcarra government faces increasingly intense criticism from the opposition. Many therefore predict the return of populist politics to Peru sooner than expected.

In terms of civil and political liberties, Peru is considered a free country (Freedom House, 2020). As one of the longest standing democracies in Latin America, political liberties are widely respected, and Peruvian voters enjoy regular and competitive multiparty elections. The country also scores relatively high when it comes to personal freedom of certain disadvantaged groups, including the LGBTQ+ community. Same-sex sexual activity is legal in the country. However, although a 2017 decree by former President Kuczynski prohibited all forms of discrimination and hate crimes on the basis of sexual orientation, same-sex couples lack some of the legal protections given to heterosexual couples. Additionally, the country has so far made little or no progress in prosecuting wartime abuses by state forces (Human Rights Watch, 2019).

Ellner, Steve. (2003). “The Contrasting Variants of the Populism of Hugo Chávez and Alberto Fujimori.” Journal of Latin American Studies. February 2003, 35/1.

García-Bryce, Iñigo. (2018). Haya de la Torre and the Pursuit of Power in Twentieth-Century Peru and Latin America, The University of North Carolina Press, (2018). 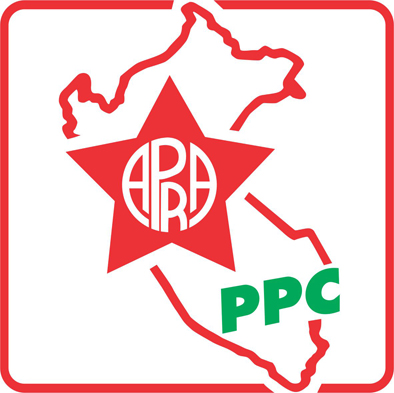 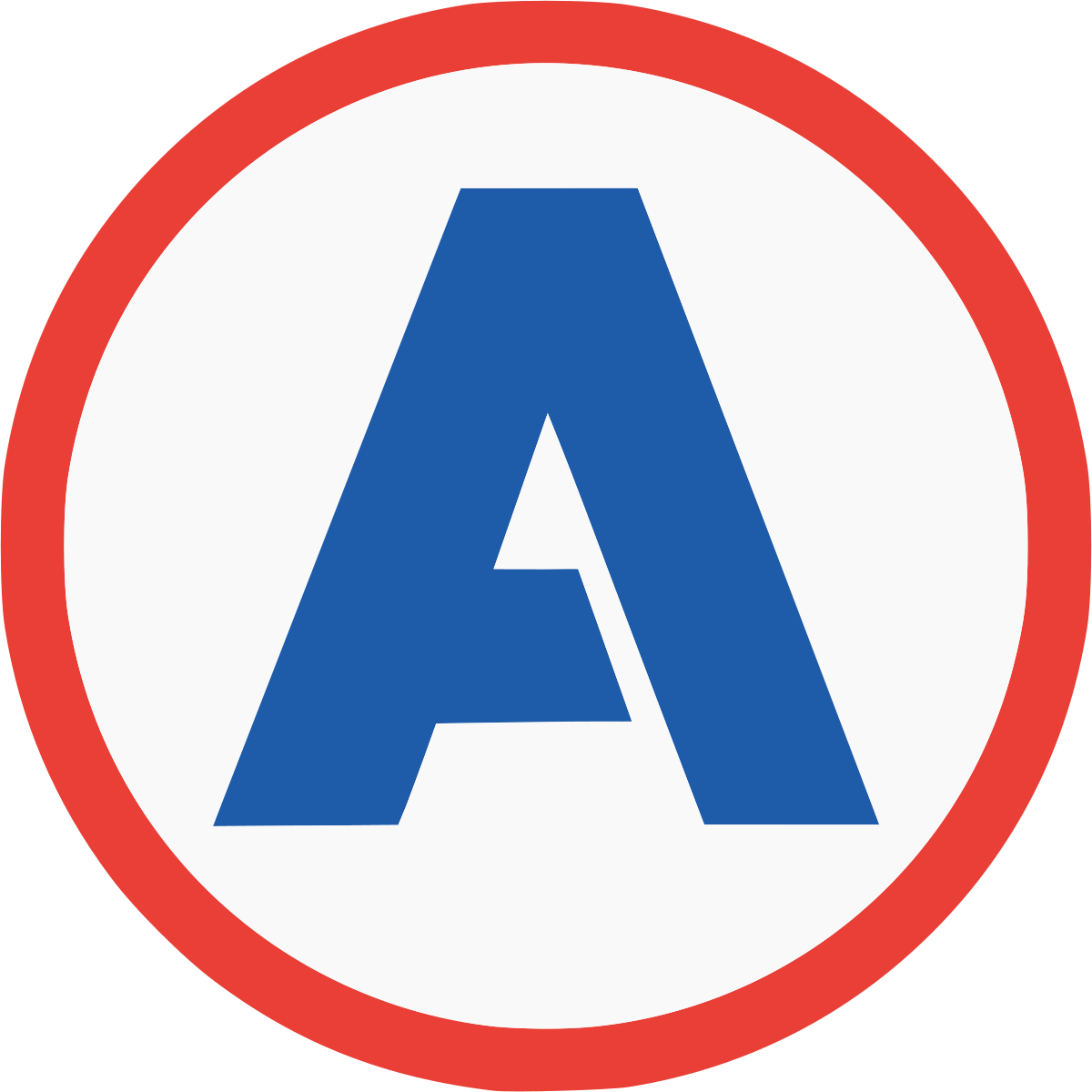 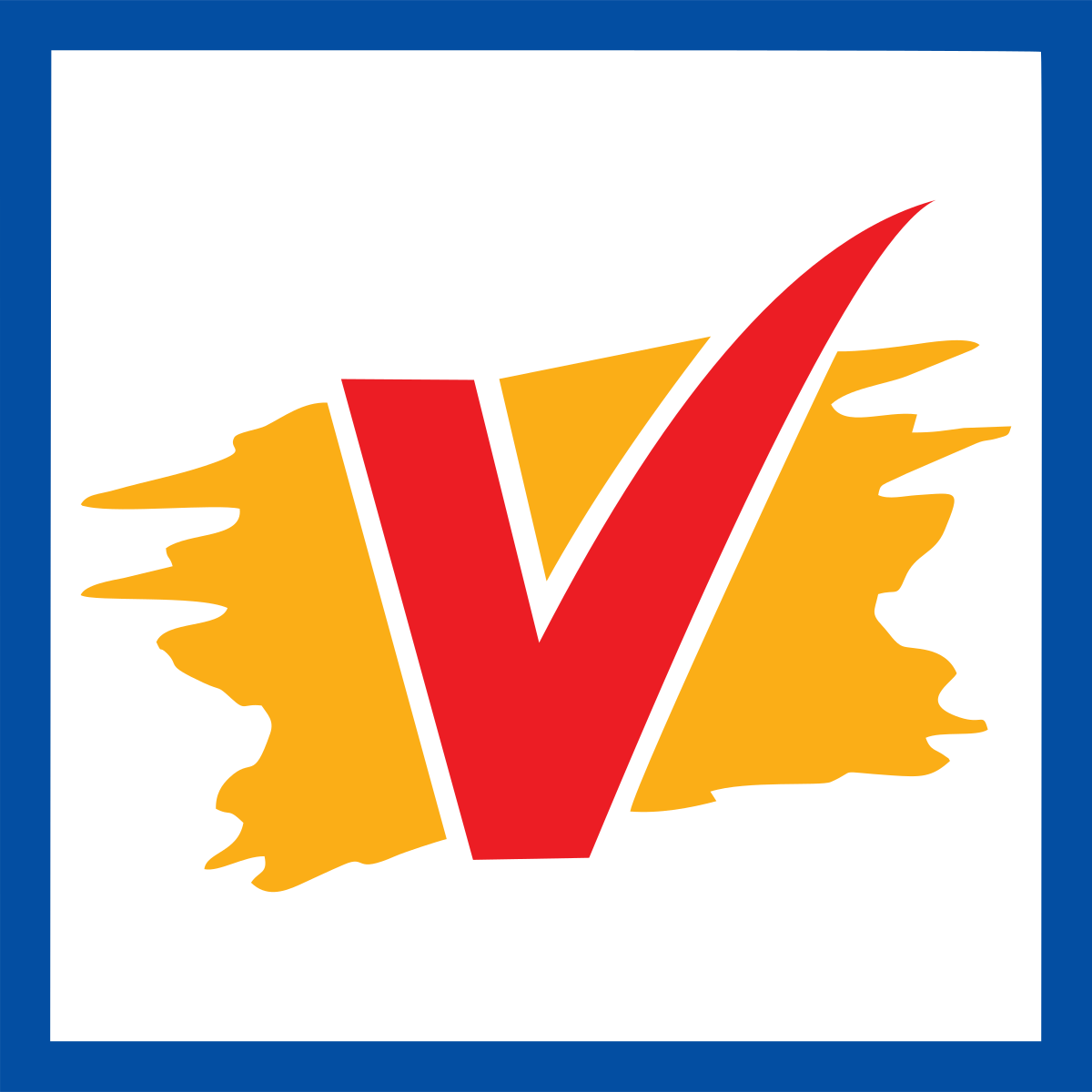