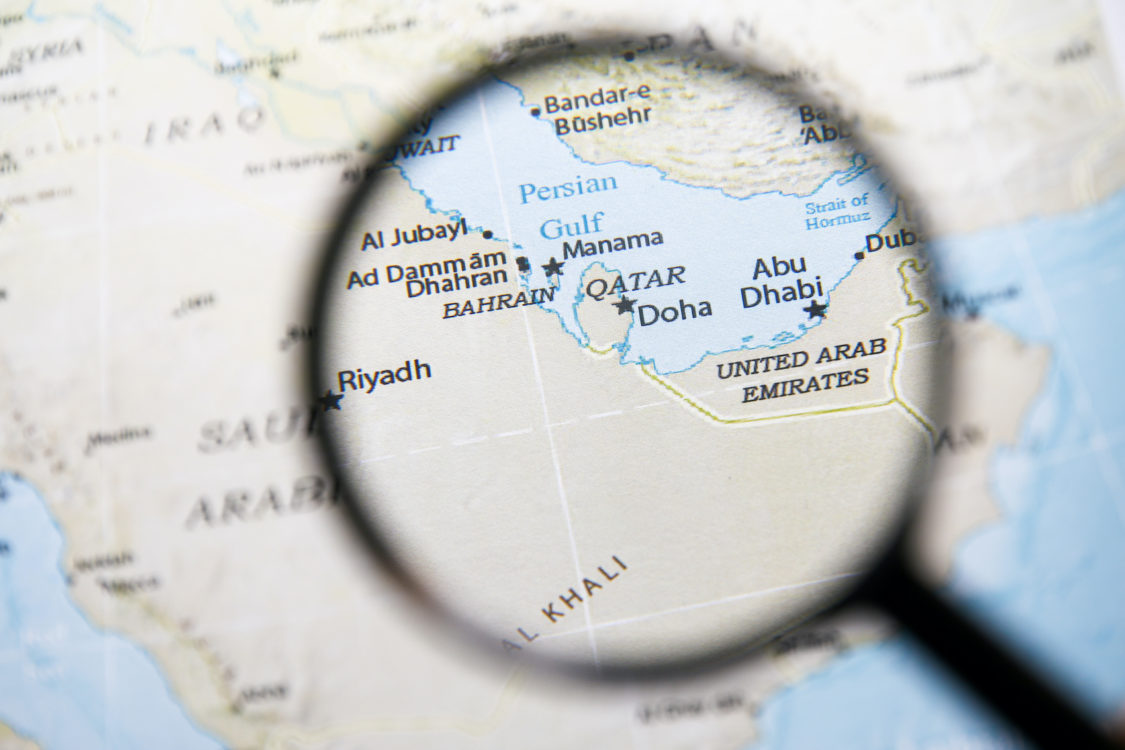 Qatar is a constitutional emirate, ruled by a hereditary emir from the Al Thani dynasty. Due to the important gas and oil reserves within the country, there is a general lack of public interest in the political affairs inside the country. Although members of the ruling family, occupying important posts, may oppose the ruling elite, they’re usually kept in check through rampant clientelism. The Al Thani dynasty emphasizes elements of populism in its ruling ideology, which focuses on an enlightened Wahhabism and support for dissident groups such as the Muslim Brotherhood. Qatar often intervenes in Arab politics, viewing itself as a regional and international mediator and a champion of democracy.

Qatar occupies a small desert peninsula that extends northward from the larger Arabian Peninsula. After the rise of Islam, the region was ruled by successive Islamic and various dynasties, the most recent of which is the ruling Al Thani dynasty, which came to power in the 19th century.

Qatar has one of the largest reserves of petroleum and natural gas in the world. Economic growth in the 1970s led to the creation of an economy dependent on foreign workers who today constitute the majority of the country’s population and workforce. The net migration rate is the highest in the region and third in the world. Qatari citizens only constitute a small portion of the total population; because of oil revenues, they enjoy high standards of living and a well-established system of social services. Islam is the official religion, and the majority of Qataris are Sunni Muslim, though there is a small Shi’i minority. Qataris adhere to the same Wahhabi interpretation of Islam as Saudi Arabia, albeit a less strict version (The Economist Intelligence Unit, 2019; Minority Rights Group, 2020; CIA World Factbook, 2020).

In the 1990s, Qatar began developing its enormous deposits of natural gas, an effort to decrease its dependency on oil. It developed joint projects with major oil and gas companies, and gas revenue is now the most important economic sector (The Economist Intelligence Unit, 2019; Ulrichsen, 2014).

Qatar is a constitutional emirate, ruled by a hereditary emir from the Al Thani dynasty. All of the ministerial posts are held by family members and are appointed by the emir. The fragmentation within the family, mostly visible after World War II, resulted in several bloodless palace coups. The power of the emir and the political stability of the country are contingent on the need to maintain and support essential family members who also occupy governmental posts (Randeep, 2017).

Political participation was expanded in 1999, through the introduction of municipal elections. Both men and women can vote. The constitution that was revised and approved in 2003 created a legislative body, a 45-member parliament, with 2/3 of its body necessary to draft laws and question ministers. However, these elections were postponed several times in 2013 and 2019. The current emir has announced they will be held in 2021 (Ulrichsen, 2014).

Given the history of internal coups, major opposition comes from within the ruling family. The Al Thani family has sought to legitimize its rule by sharing vast oil and gas wealth with the native-born populace. Qataris are one of the wealthiest people in the world. Thanks to comfortable standards of living and power being consolidated within the ruling family, the public is generally disinterested in politics (Randeep, 2017).

The tremendous wealth of the few Qatari citizens is countered by labour abuse and the exploitation of migrants, who make up 90 percent of Qatar’s workforce. Despite strikes and protests about unpaid or delayed wages, poor working conditions, and the abusive kafala system, little has been done to support workers’ demands. Preparations for the 2022 World Cup have highlighted the country’s abusive labour system and have become a national embarrassment (Human Right Watch, 2019a; Amnesty International, 2019a).

Severe human rights violations still occur and are often based on national origin and anchored to the existence of racial and ethnic stereotypes and discrimination. This includes the stateless members of the Al Ghufran clan of the Al Murra tribe. They have limited access to work, health care, property, and movement. After speaking up about their situation, they were arrested and detained but later released with no charge. However, these internal issues are rarely addressed by the government. The rare protests draw little attention, save for international organizations and NGOs (Human Right Watch, 2019b; Amnesty International, 2019a; France24, 2020).

The political ideology of the ruling family focuses on external relations and Qatar’s position as a regional and international mediator. Lacking any domestic opposition, the ruling regime is free to focus on foreign policy. Since the early 2000s, Qatar has worked to position itself as a regional diplomat. The policies were mainly conceived and implemented during the rule of Emir Hamad (ruler from 1995-2003) and Sheikh Hamad bin Jassim. These policies encouraged the carving out of a strategy of neutral mediation in regional conflicts. Moreover, these policies encouraged foreign investments and a joint project with international companies to foster the development of Gaz and petroleum resources exploitations. (Ulrichsen, 2014; Khatib, 2013).

Qatar positions itself as small and harmless compared to its neighbours Saudi Arabia and Iran. This includes not directly aligning itself with Iran/Syria/Hezbollah alliance or with Saudi Arabia-Egypt and US bloc. Rather, it has attempted to mediate multiple regional conflicts from a position of neutrality. It played the role of a mediator between opposing factions, for example, the Houthis and the Yemeni government or between Hezbollah and its allies and the Lebanese March 14 alliance. By playing the role of a peaceful diplomat, Qatar has secured a degree of influence across the region (Ulrichsen, 2014; Khatib, 2013).

Qatar’s image as the “champion of Arab freedom” was shattered when Al Jazeera released a nuanced report on the Bahraini uprising and brought to the fore its dependence on Qatari state policy (Ulrichsen, 2014; Khatib, 2013). This was visible when Waddah Khanfar resigned in September 2011 and was replaced by a member of the Royal Family, Sheikh Ahmed bin Jassim bin Mohammed Al Thani (Ulrichsen, 2014; Khatib, 2013). The Arab Spring also highlighted Qatar’s support of the Muslim Brotherhood. Qatar has expressed its belief that the Brotherhood is a legitimate representative in different Arab countries (Roberts, 2015).

Since the 1950s, Qatar sheltered exiles and dissidents from other states. Many Brotherhood members live or have lived within Qatar, as well as members from other groups such as the Palestinian intelligentsia. Many of these refugees have occupied important positions, namely in education. However, while providing an essential base for education, groups such as the Brotherhood or members of the PLO developed an external focus. Qatar’s elite has supported them in different pan-regional causes (Roberts, 2015).

Qatar’s external adventurism has had consequences. Qatar’s Arab neighbours imposed sanctions and an economic embargo on the country in 2017. Although the embargo was supposed to hurt Qatar economically, the country did relatively well at mitigating its consequences. Internally, the embargo did not turn the Qatari public against the ruling family but had a more negative effect on the Arab Quartet. Despite some reservations from the general public on the Emir’s foreign policy, the blockade had a positive impact at rallying more Qataris around their emir, making a new generation of young Qataris more politicized (Müller & Castelier, 2017; Kinninmont, 2019; Sanders, 2017)

Populism in Qatar is oriented towards foreign policy. Its adventurous interventionism, especially during the Arab Spring and through Al Jazeera, have established Qatar’s reputation as a “champion of the Arab people.” However, its interventionism is tightly linked with its support of the Muslim Brotherhood in different Arab countries and its aspiration to counter Saudi Arabian Wahhabism in the region. Internally, clientelism within the ruling family constitutes the basis of its survival. The blockade imposed by the Arab Quartet aimed to hurt Qatar economically but ended up rallying more Qataris around their leaders. The current Emir Tamim bin Ahmad al Thani is less interventionist than his father and, to some extent at least, is more focused on Qatar’s internal development while continuing its support for the Muslim Brotherhood in different countries around the Arab world.

Geographic Location: The Middle East, on a small peninsula bordering the Persian Gulf and Saudi Arabia 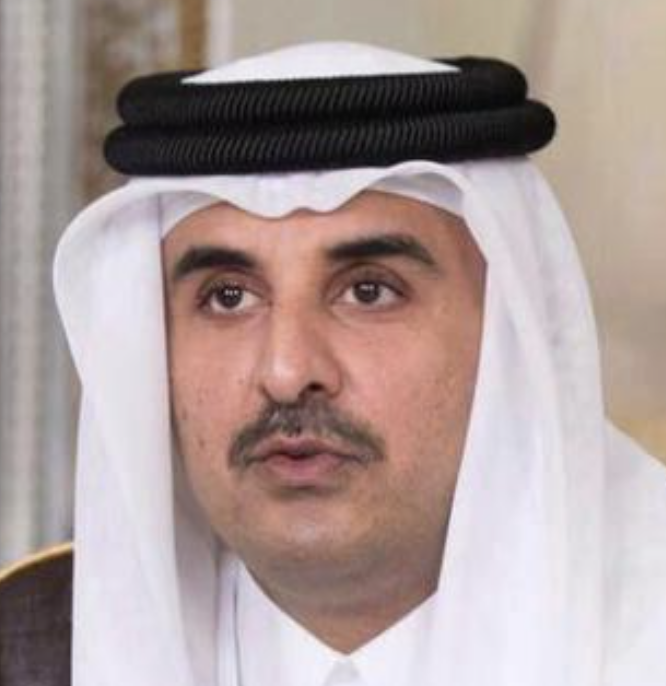 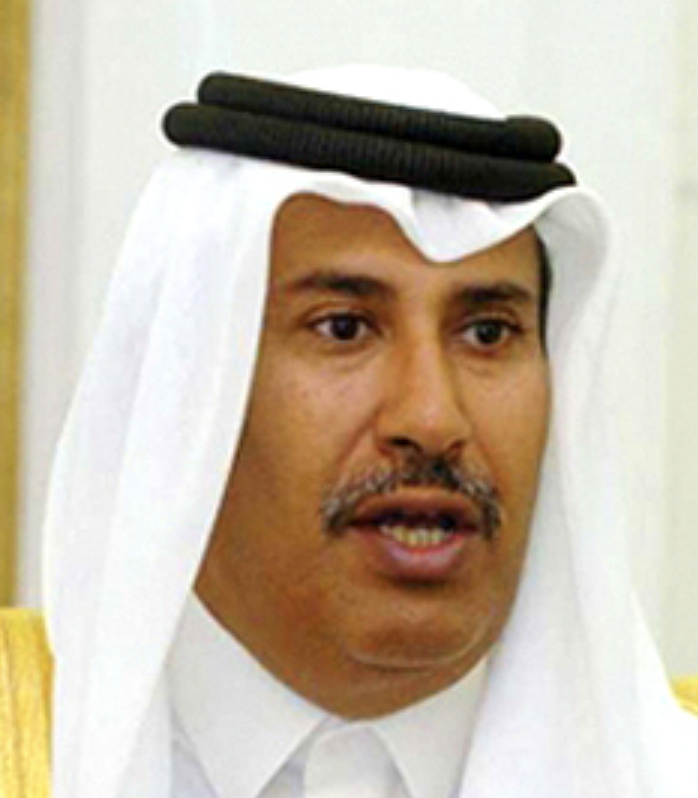