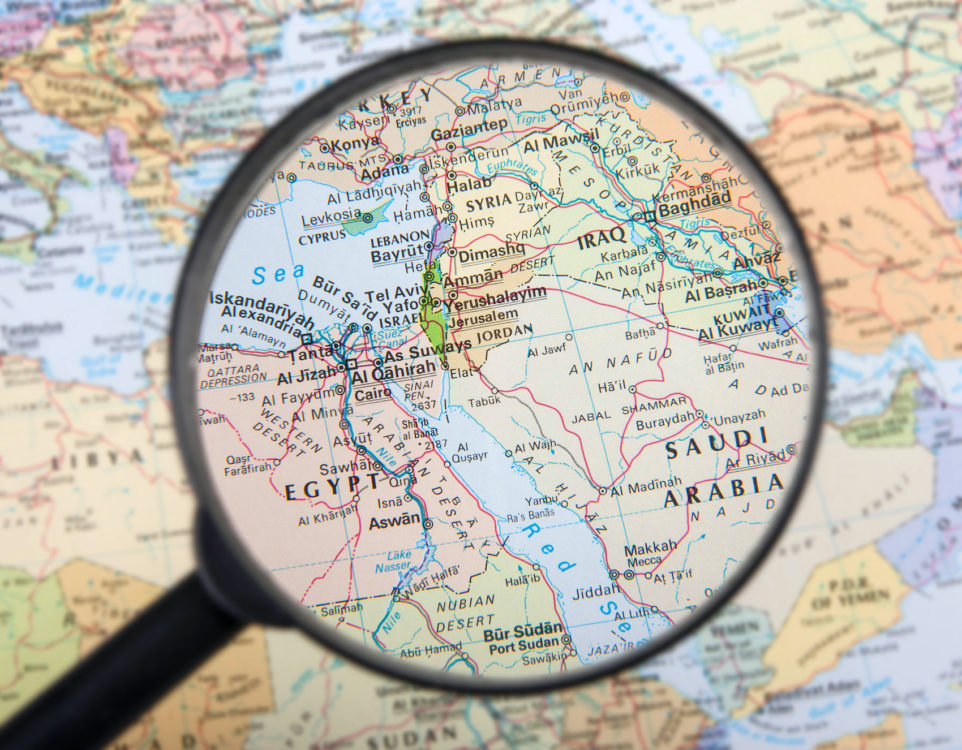 Over the past several years, Prince Mohammed bin Salman has initiated a series of headline-grabbing, populist reforms that have modernized some aspects of daily life in the ultraconservative Kingdom of Saudi Arabia. These have included allowing public concerts, movie theatres, lifting the ban on women driving, and abolishing flogging and the death penalty for minors. Despite the reforms, however, the Saudi regime continues to rely on numerous tools of totalitarian control to stay in power. Any dreams for liberalization, therefore, remain nothing but a fantasy for now.

Located in Western Asia, Saudi Arabia, officially the Kingdom of Saudi Arabia, is a totalitarian monarchy governed according to a strict interpretation of the Sharīʿah, or Islamic law. The Qur’an, the central religious text of Islam, is considered to be the country’s constitution. Political participation is reserved only for the senior princes of the royal family and the religious establishment. There are therefore no elections, and political parties are banned. Totalitarianism, however, does not mean that populism is a foreign phenomenon for Saudis. Indeed, the Saudi government has long employed a unique populist agenda that involves the exchange of goods and services for political support.

Often defined as clientelism, the proffering of material goods in return for political support played a significant role in the establishment of the Kingdom of Saudi Arabia in the 1920s and 30s. Many leading figures, including Sheiks and the merchant elite gradually became the clients of the founder and first king of the Kingdom, King Abdulaziz, which, in return, made them patrons for the diversified social groups which the infant state could not directly reach (Hertog, 2006).

These patrons became brokers between the central government and the local masses, which included illiterate peasants and tribesmen. The oil revenues that began to flow into the country in the 1950s only deepened this patron-client relationship, turning the kingdom into a “classic rentier state” (Linderman, 2015). As the state expanded its political and economic autonomy, however, the so-called brokers had lost their political status and importance. By the 1960s, the centralized administration had created its dependent bourgeoisie and middle class, turning the segmented distributive system into a centralized one.

When Khalid bin Abdulaziz came to the throne in 1975, he implemented a set of public investments and markedly increased government spending. His supporters often defined him as being the king of his people, who “sought to put the country’s wealth in the hands of its citizens.” His support for education was among his most remarkable achievements. During his reign, the number of elementary schools increased from 3,028 to 5,373; middle schools from 649 to 1,377; and high schools from 182 to 456. This transformation happened in less than five years (Hawari, 2010). He also announced a “five-year plan” that included a plan to create a health care system and boost infrastructure across the country (Nehme, 1994).

In addition to his populist policies, Khalid’s public speeches were often dominated by populist statements. He often called on his people to oppose “all doctrines founded by the Zionists — the corrupt doctrines, the atheist communist doctrines which seek to deny the existence of God and to deviate from faith and from our Islamic religion” (Halliday, 1981). He was also critical of the superpower rivalry between the US and the Soviet Union. He therefore declared Saudi Arabia’s non-alignment, saying that the future of his “Islamic nation” should not intersect with the protection of a superpower (Hiro, 2002).

With the beginning of the reign of Fahd bin Abdulaziz Al Saud, in the early 1980s, Saudi Arabia entered into a period of stagnation due to a decline in oil prices. Social spending and other expenditures were reduced significantly, while private-sector investments were encouraged, at least to a certain extent (Linderman, 2015: 9). By the 1990s, the clientelist system had lost significant influence, as the patron-client exchange had increasingly suffered from discrimination and competition (Hertog, 2006).

Populist politics returned to the Kingdom when a series of anti-government protests, uprisings, and armed rebellions, known as the Arab Spring, spread across much of the Arab world in the early 2010s. While King Abdullah employed a high level of repression against protesters, he also introduced a set of populist policies that included benefits for Saudis worth some $37 billion, as well as pay rises to offset inflation, unemployment benefits, and affordable family housing (Laessing, 2011). As part of his reform package, the King also replaced the head of religious police with a moderate cleric in 2012. A year later, in 2013, domestic violence was declared a crime punishable by up to a year in prison and fines of up to $13,000 (Usher, 2013).

Salman bin Abdulaziz Al Saud became the king in January 2015, while his son, Mohammed bin Salman, was named the Crown Prince, the second most important position. While the father Salman remains the official head of state, many believe that his son acts as the de facto ruler. Over the past several years, he initiated a set of populist but headline-grabbing reforms to modernize some aspects of daily life in the ultraconservative kingdom, such as allowing public concerts and movie theatres, lifting the ban on women driving, and abolishing flogging and the death penalty for minors. Prince Salman also launched a widespread anti-corruption campaign in 2017, during which as many as 500 people, including former Crown Prince Mohammed bin Nayef and the King’s last surviving full brother, Prince Ahmed bin Abdulaziz, were arrested on treason charges (Al Jazeera, 2020). Although it was announced that the arrests were a part of the government’s fight against corruption, many argued that it was simply a move by the Prince to consolidate his power on his path to the throne (Kulish, 2017).

Despite successful social reforms, the Saudi regime continues to rely on numerous tools of totalitarian control to stay in power, such as pervasive surveillance, the mass arrest of opponents, the criminalization of dissent, sectarianism, and populist social spending supported by oil revenues. Countless dissidents, including many women’s rights activists, are held in prison or in pre-trial detention for their activism. Several credible human rights groups have reported that ill-treatment, torture, overcrowding, unsanitary conditions, and denial of adequate medical care are prevalent in the Kingdom’s prisons (Human Rights Watch, 2020).

In January 2019, a rights group, Prisoners of Conscience, claimed that renowned cleric Ali Al-Omari was brutally tortured by Saudi authorities: “We confirm that Dr Ali al-Omari is currently suffering from severe burns and injuries all over his body, due to being severely tortured by beating and subjecting him to electric shocks during his detention in solitary confinement for 15 continuous months,” the account said (MEMO, 2019).

In 2019 alone, a total of 184 executions were carried out on several charges. In the last few years, the regime’s air and ground strikes have killed thousands in Yemen, leading to a “humanitarian disaster” with some 18 million people in need of immediate assistance (BBC News, 2017). Additionally, the regime has so far failed to account for the murder of Saudi journalist Jamal Khashoggi at the Saudi consulate in Istanbul on October 2, 2018, by agents of the Saudi government. Any dreams for liberalization, therefore, remain nothing but a fantasy for now.

Geographic Location: Middle East, north of Yemen and bordering the Persian Gulf and the Red Sea 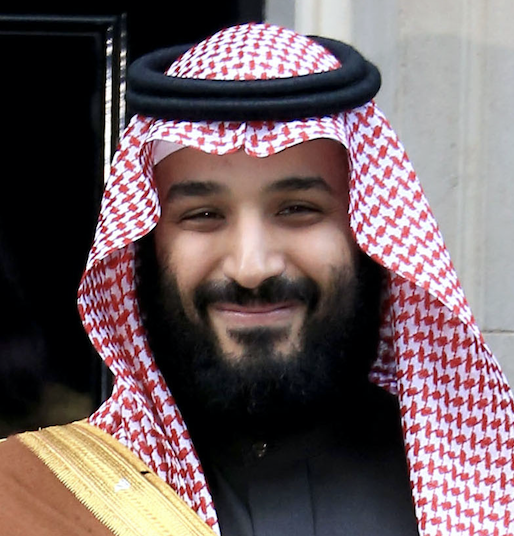 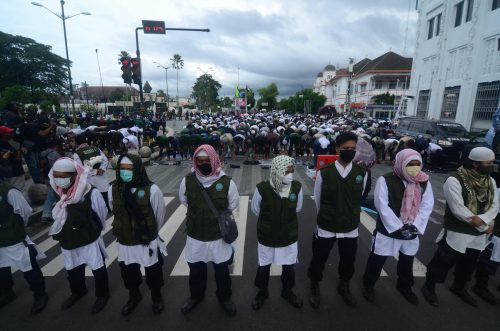 The Islamic Defenders Front: The Face of Indonesia’s Far-Right Islamism 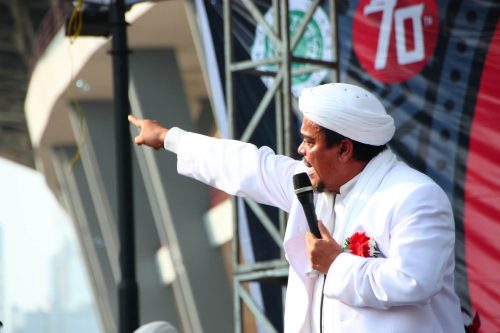