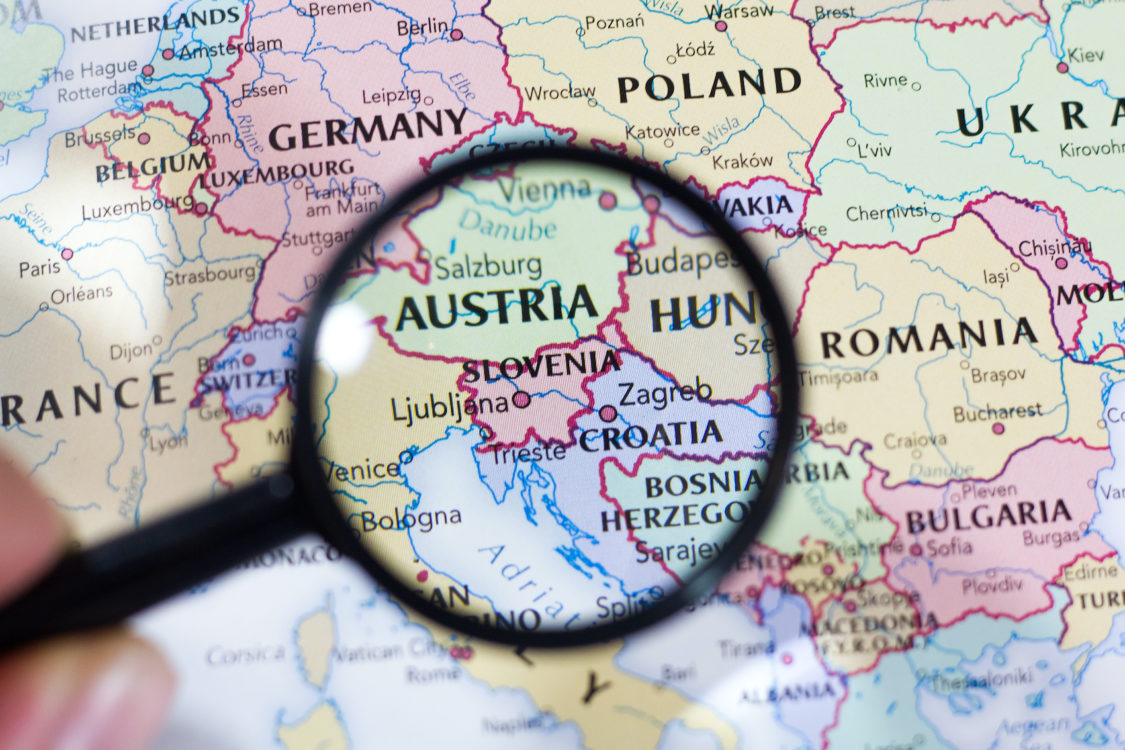 Although center and left-wing parties have largely dominated the ruling coalitions since independence, Slovenian politics has always had a populist tinge, mainly through individual politicians rather than widely organized political parties. Throughout the 1990s and 2000s, anti-establishment, anti-immigrant, and xenophobic discourses simmered thanks to several prominent figures like Ivan Kramberger, Zmago Jelinčič, and Janez Podobnik. However, after the anti-austerity measures taken in response to the 2009 global financial crisis, and the 2015 migration crisis, Slovenian politics took a more tangible shift toward populist parties, and Janez Janša’s right-wing populist Slovenian Democratic Party (SDS) returned to power in March 2020.

Located in Southcentral Europe, Slovenia is a parliamentary republic and a small-sized member of the European Union. Having been under Habsburg rule for more than five centuries, Slovenia gained its independence as the Austro-Hungarian Empire dissolved following the First World War. The independent Slovenia chose to be a part of the Kingdom of Serbs, Croats and Slovenes, which came into existence as a state designed to unite the southern Slavic peoples. The Kingdom was renamed Yugoslavia in 1929 and turned into a socialist federal republic under the triumphant Tito’s Communist Party, in 1945, and Slovenia becoming a constituent republic within the federation. Compared with other member republics of the federation, Slovenia was more industrialized and had better socioeconomic conditions. These relatively prosperous conditions attracted economic migrants from the other Yugoslav republics, which gradually planted the seeds of populism and but also tensions between Slovenes and the perceived “other.”

Within the decentralized Yugoslavian federal union, the Socialist Republic of Slovenia enjoyed wide autonomy, especially following the 1974 constitution’s expansion of representation for the republics. As the federation had become increasingly untenable in the mid-1980s, a reformist faction promoting political pluralism and a partial transition to a market economy assumed control of the Slovenian Communist Party. Triggered by the trial of critical journalists in a military court, the process known as the Slovenian Spring encouraged more vocal demands for democratization, market reform, and independence, paving the way for the first multi-party elections in 1990. A year later, Slovenia voted for independence in response to the growing Serbian nationalism during Slobodan Milošević’s centralization policy and his efforts to build a “Greater Serbia.” Slovenia became the first republic to secede from the former Yugoslavia. In contrast with the other member republics, Slovenia – except a brief confrontation with the Yugoslav army resulting in minor casualties – did not go through an ethnic conflict during the breakup of the federation.

The conflicts in other former republics of the former Yugoslavia led to an influx of refugees to Slovenia and revived populist appeal in the country. Populism during the early 1990s was aimed at non-Slovenian residents who, as Yugoslav nationals, had previously settled in the country for economic reasons, as well as at refugees fleeing the ongoing conflicts in the other former republics. This first wave of populism introduced nationalist slogans like “Slovenize Slovenia,” and, as a result of radical right-wing groups’ campaigns, in 1992, Slovenian authorities erased the permanent residence registry of around 18,000 non-Slovenian inhabitants, leaving them without legal status and civil and political rights (Prodnik, &Mance, 2017). These people came to be known as the “Erased” and have been unable to fully restore their rights, although the Constitutional Court subsequently ruled that the act of “erasing” was unconstitutional.

In comparison with the other republics, Slovenia took a gradual approach to the market economy and thus had a relatively smooth transition from a centrally planned economy to a free-market system. Joining the EU and NATO in 2004 and adopting the Euro and entering the Schengen area in 2007, Slovenia achieved a successful integration with the Euro-Atlantic institutions and registered steady economic growth. Thus, unlike other central European states, Euroscepticism did not turn into an effective populist message in Slovenian politics, despite the economic setback due to the global financial crisis and the rise of the radical right. As a tiny country with a population of only around 2 million, Slovenia has always been a part of a bigger entity, such as an empire or federation. Gaining its independence in 1991, Slovenia still retained a sense of vulnerability based on the weakness of being a smaller nation and staunchly identified itself with central Europe and later the EU (Vezjak, 2016).

Although the center and left-wing parties have largely dominated the ruling coalitions since independence, Slovenian politics has always had a populist tinge, albeit mainly through individual politicians rather than widely organized political parties. Throughout the 1990s and 2000s, anti-establishment, anti-immigrant, and xenophobic discourses simmered thanks to several prominent figures like Ivan Kramberger, an independent politician; Zmago Jelinčič, the leader of Slovenian National Party; and Janez Podobnik, a conservative politician and a former speaker of the National Assembly. However, Slovenian politics took a more over a shift toward populist parties only after the anti-austerity measures taken in response to the 2009 global financial crisis and the 2015 migration crisis; after these twin crises, people’s confidence in politicians has declined.

The incumbent Prime Minister Janez Janša’s Slovenian Democratic Party (SDS) is the leading populist party in the country. The SDS, founded in 1989, emerged as part of the anti-communist Democratic Opposition of Slovenia (DEMOS), which topped the polls in the first multi-party elections in 1990 and steered Slovenia’s secession process from the former Yugoslavia. Under Janša’s leadership, the party shifted towards more conservative-liberal lines during the 2000s and joined the European People’s Party, the Christian-democratic and conservative group within the European Parliament. The SDS won the 2004 general election and came to power by forming a center-right coalition government and won again in 2012 when the then center-left coalition government collapsed. However, in his second stint as PM, Janez Janša resigned after a year in office while facing corruption allegations and widespread protests against austerity policies. Janša, heading another SDS-led coalition government, returned to power in March 2020.

Taking political advantage of the Covid-19 crisis, Prime Minister Janša’s center-right coalition seems to be tending towards right-wing authoritarian populism, similar to that of Hungary’s Victor Orbán. The Janša government, in certain respects, evokes Orbán’s “illiberal democracy,” which promotes national conservatism in favor of a strong state and a traditional family, represses dissent through indirect means like controlling the judiciary and media, and financially weakens critical media outlets and civil society (Vezjak, 2018). In Slovenia, the right-wing media outlets making pro-government propaganda play a similar role in silencing critical voices, while Janša himself makes direct verbal attacks at critical journalists through Twitter (Walker, 2020). Janša also has a clear anti-immigrant vision tinged with xenophobic and Islamophobic undertones. According to Janša, migration is the greatest challenge for both Slovenia and Europe; he believes refugees – especially from the Middle East and Africa – should be stopped from entering the continent and country to protect European culture and values.

Besides the SDS, Zmago Jelinčič Plemeniti’s Slovenian National Party (the SNS) is the second leading right-wing populist party in the country. Established in 1991, the party, despite some left-wing economic views such as its opposition to privatization, has always supported radical right and nationalist ideas and socially conservative policies. The party, in its initial years, promoted building a “Greater Slovenia” by annexing the Carinthia region from Austria, Istria from Hungary, and Trieste from Italy (Rizman, 1999) and had links with the racist skinhead movement (Trplan, 2005). However, the SNS subsequently moderated its stances, shifting its focus to the rights of the Slovenes in neighboring states (a policy reminiscent of Fidesz in Hungary).

The SNS adopts radical Slovenian nationalism as its main ideology and takes a xenophobic stance against migrants and ethnic minorities. The party strictly opposed Slovenia’s decision to grant citizenship to former Yugoslav nationals in the 1990s and occasionally resorts to anti-Croatian discourses and exclusionary rhetoric against Slovenia’s Roma minority. The SNS maintains a partnership with Vojislav Šešelj’s Serbian Radical Party and is against Slovenia’s membership in the EU and NATO. Though it was able to garner as much as 10 percent of votes in the early 1990s, the party lost momentum over time and remained outside Parliament between 2011 and 2018. The SNS barely passed the 4 percent threshold in the 2018 election and gained 4 seats in Parliament. In spite of disagreements, the party gives Parliamentary support to Janša’s SDS-led coalition government from outside.

In terms of civil liberties, Slovenia is still a free country. Elections are largely free and fair as political power usually changes between center-left and center-right coalitions. Though there are significant concerns about corruption, the rule of law is generally respected. However, with the third Janša government’s creeping tendency towards authoritarian populism, press freedom is waning. Independent reporting is getting somewhat difficult as critical journalists increasingly face harassment online and are indirectly silenced. The government’s nationalist and anti-immigrant stance encourages neo-Nazi groups and stokes the rise of Islamophobia in the country. Right-wing media like Nova24TV, Reporter, and Demokracija occasionally portray migrants from the Middle East and Africa as an “Islamic invasion” and spread fear about Muslims and Islam in general.

Vezjak, Boris. (2016). “Euroscepticism is a lonely idea without serious foundation”. The Guardian. May 23, 2016.  https://www.theguardian.com/commentisfree/2016/may/23/euroscepticism-lonely-idea-failure-refugee-crisis. 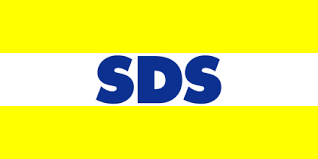