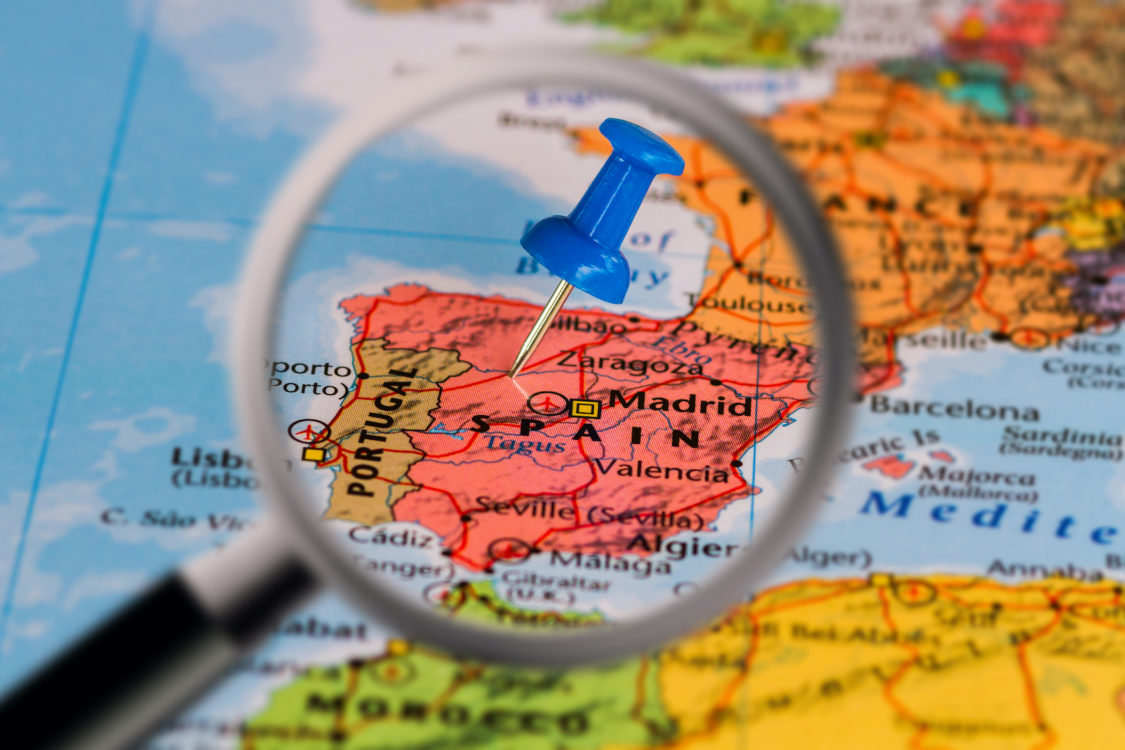 Although the rise of the first right-wing political party since the demise of the 36-year-long Francoist dictatorship worries a lot of Spaniards, VOX’s influence in shaping the key areas of Spanish politics has so far been limited, mostly focused on suppressing the Catalan separatists. The party’s anti-immigration messages drew limited interest in the southernmost region of Andalucía, which has been the point of contact for illegal immigration in recent years. VOX has also failed to fulfill its extreme electoral promises, such as challenging laws regarding gender equality, domestic violence, and LGBT rights. Spain today remains one of the most culturally liberal and LGBT-friendly countries in Europe.

Located in Southwestern Europe, Spain, officially the Kingdom of Spain, is a constitutional monarchy, with a hereditary monarch and a bicameral parliament (Constitution, 2011). Unlike many of its neighbors, Spain has relatively been immune to the advance of right-wing nationalist, populist political organizations across Europe until quite recently. It was indeed the only major European country with no xenophobic, populist party sitting in its parliament until 2019. Often dubbed “the poster child” of the European Union (EU) in the early 2000s, this is partly due to the notorious legacy of Francoist Spain that still feeds skepticism towards a potential rise of unchecked right-wing authoritarianism.

The territories which today fall within the borders of modern Spain became a scene to some of the greatest struggles between Muslims and Christians of the Middle Ages, and later a birthplace of one of the world’s largest-ever empires from the late 15th century to the early 19th century. The beginning of the 20th century brought about the short-lived Spanish Republic, which achieved significant reforms, such as a democratic constitution, political decentralization, and women’s rights though it led to the radicalization of the right and the left. In 1936, a coup by a group of right-wing military officers seized a part of the country, marking the beginning of three years of civil war between the Republicans in alliance with anarchists against the Nationalist rebels, supported by Nazi Germany and Fascist Italy. When the civil war ended with Republicans’ unconditional surrender to the Nationalists led by General Francisco Franco in April 1939, the Spanish state came under a personalist dictatorship. Franco’s long-lasting dictatorship has committed violent human rights abuses against the Spanish people causing hundreds of thousands of deaths in more than 300 concentration camps.

With Franco’s death in 1975, the country entered a stunning period of transition to democracy. In 1977, the very first free elections in four decades were held and one year later the 1978 Constitution was approved. In 1982, the Spanish Socialist Workers’ Party (PSOE) won the general election. In the same year, Madrid opted to join the North Atlantic Treaty Organization and then became a member of the EU in 1986.

In the early 2000s, Spain emerged as a unique model of social democracy and what many called “the poster child” for the EU project. Luis Rodríguez Zapatero’s Socialist leadership pulled Spain out of the Iraq War in 2004, legalized gay marriage, granted homosexual couples adoption and inheritance rights, and criminalized domestic violence. Forming a gender-balanced cabinet with half, including the deputy prime minister, was women, the Zapatero government also implemented policies in favor of disadvantaged groups including migrants and refugees. As part of these policies, some 700,000 illegal immigrants were granted legal status in 2005.

When the country was hit by a global crisis in 2008, some populist movements have started to sail on the waves of crisis, slowly gaining ground in the face of increasing unemployment rates, cuts to the welfare state and significant loss of income for many Spaniards. Founded in 2013, VOX has in time turned out to be one of the most successful of them. With a special emphasis on anti-multiculturalism and anti-immigration, VOX made the headlines when it became the first far-right party to win 12 seats in a regional election in 2018 since the collapse of the Franco regime in 1975. The party’s unique electoral success came in Andalucía, where a high unemployment rate and immigration have been a major issue over the past decade. In the April 2019 general election, the party gathered 10.3% of the vote and 24 seats in Congress and then increased its share of the vote to 15.1 percent in the November 2019 snap election, becoming the third-largest political party with 52 seats in the parliament. This is however not to deny that it is not the first party to accommodate far-right ideas being represented in the Spanish parliament. Before the foundation, VOX’s founding fathers were already a part of mainstream politics in Spain under the wings of the center-right People’s Party (PP).

VOX is a xenophobic party with a hard-line stance on immigration from Muslim countries. It also has an anti-feminist stance, and demand for Gibraltar, a British Overseas Territory, to be returned to Spain. Its main ideological driver, however, is the opposition to Catalan secessionism (Turnbull-Dugarte, 2019). Indeed, in the run-up to the 2019 elections, Vox leader Santiago Abascal vowed to crack-down hard on the Catalan secession movement, repeatedly referring to protests in Barcelona as “a permanent coup d’état” (Ozkırımlı, 2019). The party is also in favor of the arrest of the current President of the Government of Catalonia, Quim Torra, and suspend Catalonia’s autonomy indefinitely. Javier Ortega Smith, the party’s Secretary-General, even acted as a private prosecutor in the trial of Catalonia independence leaders that began in February 2019 in the Supreme Court of Spain (Little, 2019). According to Ivan Espinosa de los Monteros, the party’s director of international affairs, opposition to Catalan separatism is one of the most fundamental reasons for VOX’s existence: “We’re a party that relies on two basic ideas. One is the unity of our nation — our nation is 500 years old and it’s been under attack” (Ellyatt, 2019).

Vox executives, perhaps unsurprisingly, also do not deny their sympathy to the country’s fascist past. Abascal openly opposed the government’s transfer of Franco’s body from his mausoleum to a low-rank cemetery in 2019. “In 11 months, not only have we changed the political map of Spain, but we have also led a political and cultural change, because we have opened up all the prohibited issues of debate,” he said during a victory speech after 2019 elections (Hedgecoe, 2019).

Established by a small group of radical academics in January 2014, Podemos is another populist party that recently found itself a place in Spanish politics. Podemos is often described as a left-wing populist party with an emphasis on anti-austerity and anti-establishment views. Largely inspired by the populist leaders of “Pink tide”, which refers to the revolutionary rise of left-wing governments in Latin America, the party has mainly made corruption a key policy area. Íñigo Errejón, one of its founders and an enthusiastic supporter of Venezuela’s regime, built his party on a ground of a populist agenda that calls for a major redistribution of resources from “the casta” (the privileged). In other words, Podemos puts the direct appeal to the “people” and “common citizens” at the center of its rhetoric in opposition to the privileged elite. This comes as no surprise since the party emerged as a citizens’ movement in the aftermath of the 15-M Movement protests against inequality and corruption in 2011.

Soon after it was established in 2014, Podemos managed to sign up over 100,000 members in less than one month, which eventually grew to more than half a million members in a year. The party received 7.98% of the national votes in the 2014 European Parliament elections. In 2015, Podemos ranked third in the Spanish general election, winning over 21 percent of the total votes and 69 seats in the parliament. In 2016, Podemos formed an electoral alliance with United Left, Equo, and minor left-wing parties under the roof of Unidos Podemos (UP). The 2016 general election allowed the Podemos to maintain its position in the parliament as the alliance received 24.49% of the votes with 67 seats in the parliament. Although the two subsequent general elections in 2019 revealed its waning influence, Podemos managed to carve a niche in Spanish politics by ending the monopoly of major political parties, the PSOE, and the People’s Party, since the country’s return to democracy in the late 1970s.

Bringing together several left-wing and far-left groups in 1986,[1] United Left (IU) is another political organization that is worthy of note (Fernández, 2002). The group admittedly lacks a striking electoral success; however, it managed to establish a role for itself when it reached an agreement with the aforementioned Podemos to form an electoral coalition for the June 2016 general elections. Today, IU remains an integral part of this coalition.

Unlike many of its neighbors, Spain has relatively been immune to the rise of nationalist movements for a long time. This is partly due to the notorious legacy of Francoist Spain that still feeds skepticism towards potential right-wing authoritarianism. Although populism is now an undeniable part of politics in Spain, populist parties[2] in the country lack the potential to affect its future and that of the European project as a whole.  In terms of civil liberties, Spain ranks as a free country (Freedom House, 2019). A good record of civil liberties, human rights, and political opportunities is retained. The rule of law is a principle of governance and therefore is highly respected (Freedom House, 2019). Spaniards enjoy regular and competitive multiparty elections, which allows for peaceful transfers of power between rival parties. It is no secret that political corruption remains a concern, albeit several leading politicians and important public figures have been prosecuted.

When VOX garnered some 400,000 votes in 2016’s Andalusian regional elections, many argued that the far-right was “no longer a ghost that walks by every time Spaniards go to the polls” (Galvez, 2018). VOX’s typical anti-immigrant, anti-Islam, and xenophobic far-right characteristics indeed signaled the return of a hard-core nationalism to Spain. However, the past five years showed that VOX’s rise did not bring a wholesale radicalization to the country. The party has so far failed to fulfill its extreme electoral promises, such as challenging laws regarding gender equality or domestic violence and LGBT rights. Spain today remains one of the most culturally liberal and LGBT-friendly countries in Europe. Moreover, VOX’s anti-immigration messages mostly drew limited interest in the southernmost region of Andalucía, which has been the point of contact for illegal immigration in recent years. Although the rise of the first right-wing party since the demise of the 36-year nationalist dictatorship worries a lot of Spaniards, it is safe to argue that VOX’s influence in shaping the key areas of Spanish politics has so far been limited, mostly focused on suppressing the Catalan separatists.

On the other hand, the anti-austerity Unidos Podemos also seems to lose favor among populist voters, mostly due to its failure to implement a progressively participatory new style of politics, and its waning stance against Catalan separatism (Euractiv, 2020). In less than four years, Podemos lost around 1.5 million votes and ran out of many municipal governments. For four years, Podemos ruled many major cities throughout Spain, including Madrid, Cádiz, Zaragoza, Valencia, and Barcelona. All these major cities, save for Cádiz and Valencia, were lost to the center-right and far-right and other leftist candidates in 2019.

— (2011) Spain’s Constitution of 1978 with Amendments through 2011. Preliminary title. https://www.constituteproject.org/constitution/Spain_2011.pdf?lang=en

Turnbull-Dugarte, S.J. (2019). “Explaining the end of Spanish exceptionalism and electoral support for Vox”ç Research and Politics. 6/2. 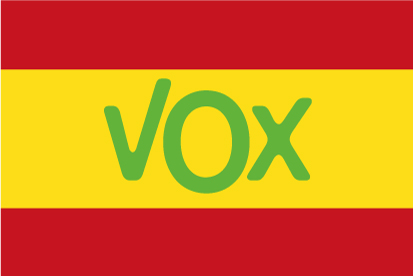 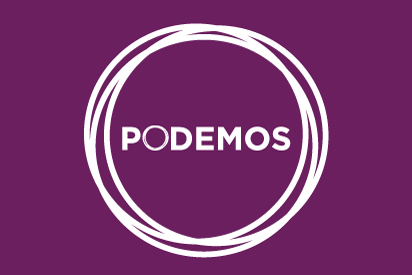 Position: 35 seats (in an electoral coalition with Podemos) 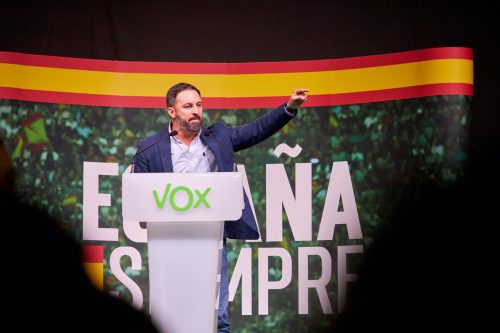 Populism and Islamophobia in Spain: from Podemos to Vox 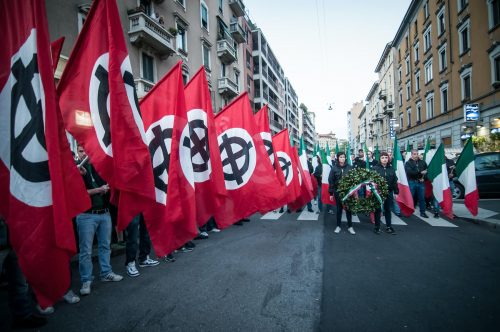