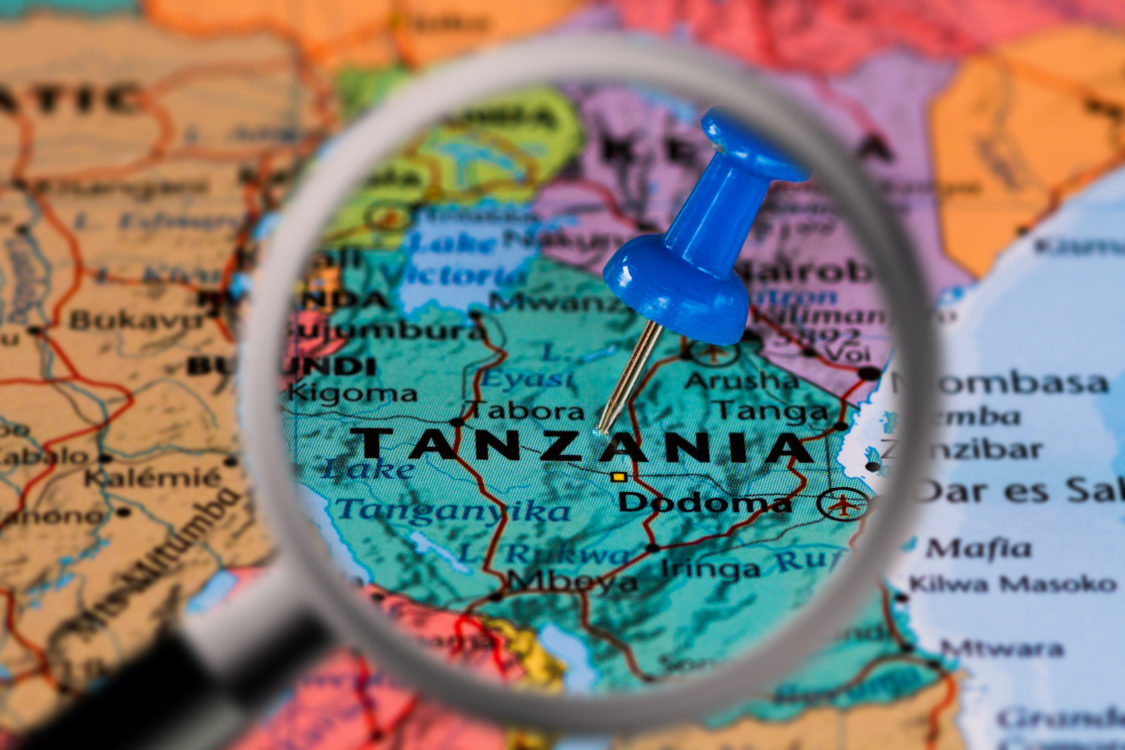 In Tanzania, the autocratic military and democratic leaders alike have used populism to justify their actions and gain support from “the people.” In his second term as President, John Magufuli is an increasingly autocratic ruler who uses populism to appeal to his supporters. During his first term, he implemented development projects and crackdowns on civil freedoms to consolidate his power. The media and opposition members have been effectively silenced. Magufuli’s re-election in October 2020 with 85 percent of the vote has been tarnished by reports of irregularities and electoral fraud.

Located in East Africa, Tanzania has a rich history, making it a highly diverse society. Around 120 different ethno-linguistic groups reside in the country (Chiteji, 2020). The diverse landscape has been supported by an equally diverse range of fauna and flora that have made the land hospitable for farming and attractive to traders. Its resources also made the region attractive to colonizers and slave traders, unfortunately. Slavery has existed since Arab’s ruled the region and later existed as a part of the Atlantic slave trade (Chiteji, 2020).

During European colonisation, East Africa was part of the Prussian Empire in the 1880s. The Germans remained in the country until their defeat in the First World War. Tanzania then became a part of the Tanganyika, an East African landmass under British rule. By the 1940s, an anti-colonization movement exerted increasing pressure on the British forces to leave and let the region practice self-governance (Chiteji, 2020). British rule in Tanganyika came to an end in 1961. The country was then led by the charismatic Julius Nyerere, who remained in office until 1985.

Tanzania faces a host of economic challenges. While it has enjoyed relative prosperity and peace, at least compared to its neighbours, it has still witnessed the rise of populism, due mainly to economic problems. The populace suffers from widespread poverty and food insecurity. Politically, the country is dominated by one party: the Chama Cha Mapinduzi(CCM – Revolutionary Party). Even after a multiparty system was introduced in 1995, the CCM has won the most votes in every general election. A large part of the CCM’s success is its use of populist appeals.

Nyerere, the country’s first leader, was a charismatic, witty, and scholastic leader. He had led the country to freedom, which give him credibility. Nyerere used his status as a national hero combined with socialist reforms to gain support. The failure to deliver on his rhetoric, however, led to public disenchantment.

Ali Hassan Mwinyi came to power promising to fix the people’s problems. In contrast to the failed socialist model, he offered capitalism and market liberalization as the solution. His time in office also saw no real improvements, at least in the lives of ordinary citizens. Privatization only led to rampant corruption.

The next cycle of populism revolved around an anti-corruption message. Thanks to anti-elite and anti-corruption rhetoric, Benjamin Mkapa served two consecutive terms as head of state. At the end of his tenure, Mkapa ironically found himself engulfed in a corruption scandal.

Next, Jakaya Kikwete’s promised a technocratic-driven populism. He gave a new dimension to the tired anti-corruption rhetoric. Yet his technocratic solutions failed to deliver the promised reform, and his tenure ended after two terms in office (Nyamsenda, 2018).

Following these disappointments, the CCM found a new candidate with a “clean” background. John Pombe Magufuli, nicknamed “the bulldozer,” was the CCM’s presidential candidate in 2015. However, across his two terms in office, he’s become increasingly autocratic (Cheeseman, 2016). The “bulldozer” moniker has changed meanings as his populism has evolved. Magufuli came to power with an image as a man who got things done. It was believed that his iron resolve would kick out corruption. While he was not a political outsider, his hardworking and honest image made him a promising candidate (Cheeseman, 2016). After assuming power, his “bulldozer” image evolved. Rather than curbing corruption, he has used state power to push expensive development projects and curb all opposition (Nyamsenda, 2018).

Under his “Tanzania First” plan, he has made several changes to the economy. His government has encouraged industries to “home make” products. A huge chunk of Tanzania’s economy is built on agriculture. The government has tried to encourage linkages between the agricultural sector and industrial units by making sure that the raw material is processed within the country. Commodities such as perishable goods for domestic consumption are increasingly being made in Tanzania (Nyamsenda, 2018).

His government has taken various steps to start disputes with mining corporations. This confrontation with “foreign” companies has earned him credibility and merit. He is viewed as teaching the “foreigners” a lesson and returning the country’s wealth to “the people” (Degenstein, 2019). Thus, Tanzania has stopped its miners from exporting raw ore. The country draws sizable income from exporting its mineral resources. This move is said to have helped in promoting smelting in the country – another homemade industry (The East African, 2017).

Magufuli has tried to build his image as a strongman by curbing a maritime black market that had flourished off the costs of Tanzania and Zanzibar. He has led many crackdowns and has started to tax foreign vessels (Xinhua, 2020).

While these actions show an active pursuit of his reformist agenda, it is unclear how they have addressed the core issues of the population. After six years in office, Magufuli’s Tanzania is still plagued by hunger and poverty. The conditions are worse in rural regions. “Tanzania First” has yet to benefit most (Nyamsenda, 2018; Cheeseman, 2016). Magufuli has deflected blame to “corrupt” insiders. He has fired senior civil servants and politicians to show a “zero tolerance” policy towards corruption. His bulldozer energy has been spent cracking down on exploitative big businessmen and tax evaders. Magufuli has used retributive autocratic means to lead these crackdowns. He has bypassed the judiciary and parliament to curb corruption (Cheeseman, 2016).

The recent economic growth rate for Tanzania is impressive. However, this improvement is not a result of stimulus in the industrial or agriculture sectors; the figures are a result of repeated borrowing for infrastructure projects. The inflow of “investments” (usually loans) has kept the economy growing and afloat. The splurge on infrastructure has led some to say Magufuli “bulldozes too much” (Yusuf, 2017). To address the external debt crisis, Magufuli’s has introduced austerity measures. His government restricted the foreign travel of public officials and public office spending has been cut down.

Magufuli communicates directly with his supporters through popular videos on social media, and his actions are seen as frugal and down to earth ways of changing “bad” habits. Magufuli became a social media hit after spending Independence Day cleaning the streets. He said, “so shameful that we are spending huge amounts of money to celebrate 54 years of independence when our people are dying of cholera” (The News, 2015). On Twitter #WhatWouldMagufuliDo went viral (Brändlin, 2015).

The troubling autocratic tendencies in Magufuli’s government were visible since his first term. The already side-lined political opposition has been further marginalized by arrests. A ban on critical newspapers and media has worsened censorship. Mawio, a newspaper, was accused of spreading “false and inflammatory” news against the government. As a consequence, the newspaper was banned, and journalists were harassed by the state. Licencing and fees for media companies have been used to handpick and snub media outlets (Human Rights Watch, 2019; Yusuf, 2017).

To make matters worse, the president is increasingly involved in human rights violations. LGBTQ+ groups and women are prime targets in a largely conservative society. He has repeatedly criticized those using birth control as “lazy.” The president argues that those with fewer children use contraceptives to excuses themselves from the hard work required to provide for a large family. Since 2016, the government has banned HIV/AIDS outreach projects serving the LGBTQ+ community. The regime has also introduced the highly controversial “anus exam” which determines the sexuality of the examined. It is increasingly difficult for LGBTQ+ individuals to find lawyers willing to take their cases as the punishment for homosexuality is a long jail sentence (Degenstein, 2019).

Under the Magufuli-led government, COVID-19 figures are no longer being reported. The President claims that churches and houses of God are healing places: “… where there is true healing. Corona is the devil, and it cannot survive in the body of Jesus” (Fabricius, 2020). He also claimed that snake oil is an effective cure for the virus (snake oil is a common homeopathic ointment in Tanzania). He has boasted that he, himself, has been victorious against the virus. He said, “the corona disease has been eliminated thanks to God” (Fabricius, 2020).

With the virus “under control” or allegedly “eliminated,” Tanzania’s populist leader won a second term with an overwhelming majority. International observers have raised concerns over election fraud (Associate Press, 2020). When a small number of protesters surfaced to object to the irregularities, they were “bulldozed” by the police. Troops attacked civilians with tear gas. Media outlets were severely censored during the election period. Radios blacked out coverage of the opposition parties. The groups were at first not permitted to hold rallies. Later, they were only granted permission to hold rallies at small events among their own constituencies. None of these restrictions were applied to the ruling party (Cheeseman, 2016).

President Magufuli’s time in office marks a stark populist chapter in the political history of Tanzania. The theatrical gimmicks on social media and the shallow austerity measures have people convinced of the good, noble, and “pure” intentions of the man “who gets the job done.” Behind the populist illusions, the President has bypassed democratic institutions. Taking an increasingly harsh  attitude toward the opposition and critics has only made his authoritarian populism worse. His second term in office should be Magufuli’s final term: the Tanzanian constitution only allows for a president to serve two terms. Whether he changes that rule is a matter of speculation at this point. However, the decades of inequality, poor governance, and rampant corruption have left people wanting quick and reformist solutions, increasing the presence of populist rhetoric and agendas.

Nyamsenda, Sabatho. (2018). “Bulldozing like a fascist? Authoritarian populism and rural activism in Tanzania.” Conference Paper No.78: International Institute of Social Studies (ISS) in The Hague, Netherlands. https://www.tni.org/files/article-downloads/erpi_cp_78_nyamsenda.pdf (accessed on January 17, 2021).

Languages: English and Swahili are the main languages, but around 120 languages are spoken 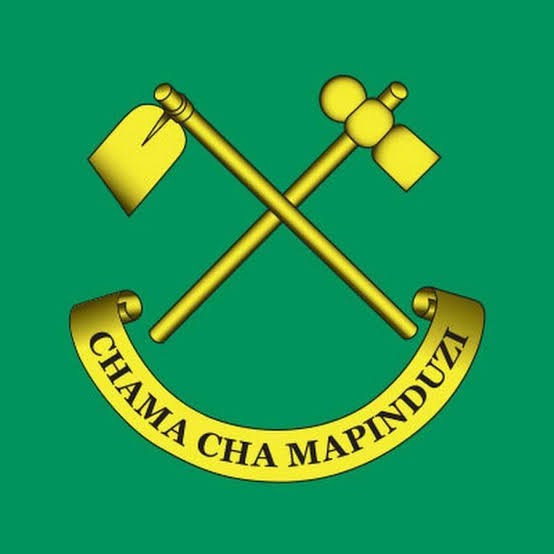