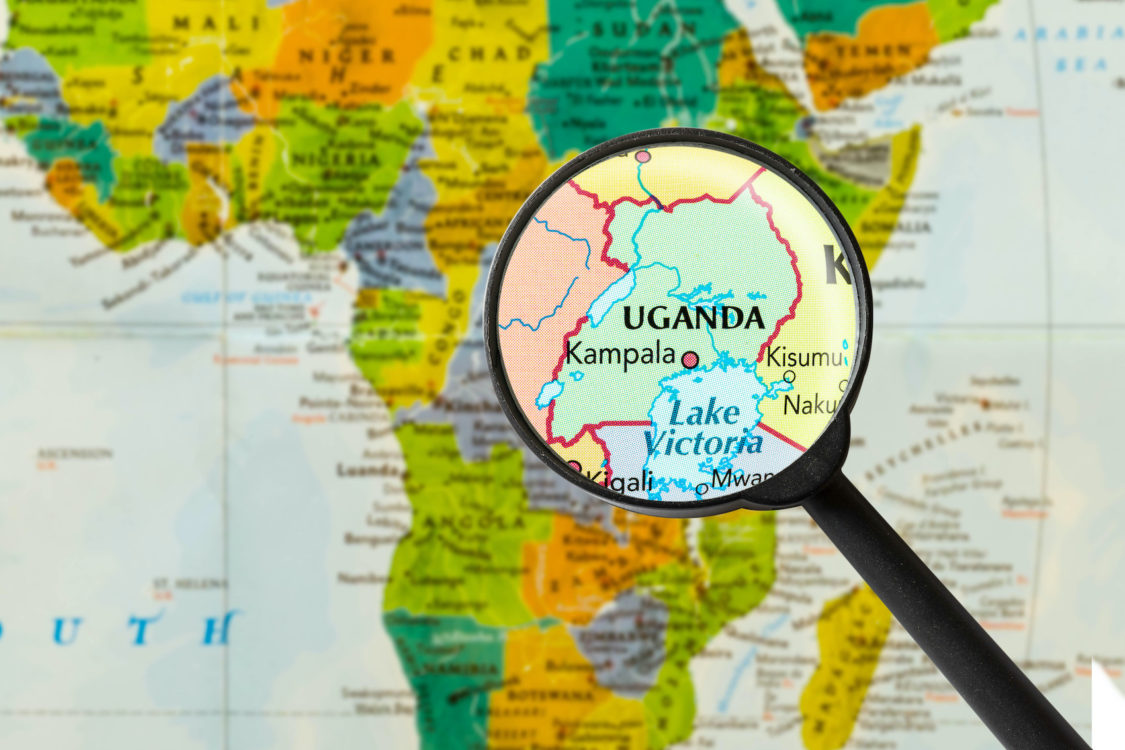 Uganda has a blood-spattered past. In the post-independence period, various factions have tried to maintain power by using populism. The most prominent populist leader is Museveni. He led the country through a civil war, in the process becoming a much needed “strongman” for the people. He has remained in power since 1986. His party, the NRM, has used populist rhetoric of peace and progress combined with institutional tampering and coercion to sustain power. A counter-variant of this populism has emerged in the face of Bobi Wine. A singer-turned-politician, he is a political “outsider.” His anti-elitism combined with reformist pledges have drawn support from the youth.

Uganda is a multi-ethnic and multi-lingual society, with several tribes and religions. In the colonial era, the region was ravaged by the inhumane Atlantic Slave trade. It suffered a similar fate under Arab slave traders (Zwanenberg & King,1975). Ivory, cotton, and coffee were some of the most important trade materials during the colonial period. Uganda gained its independence from the British in 1962 and become a quasi-federal union that merged five monarchies and non-monarchical districts. By 1967, the country abolished the monarchies and moved towards a British-fashioned governance structure. However, since then, the country has faced turbulent times. Transitioning into a democracy has been a challenge. The country has seen long spells of autocratic rule facilitated by several military coups. The constitution has been suspended, only to be later restored several times. The suspension of the constitution has meant political parties have not been given the opportunity to flourish. It was not until 1980 that Uganda had its first multi-party elections.

Political instability, military dictatorships, poor economic development, violence, epidemics such as HIV/AIDs, and harsh living conditions have made the county a hospitable ground for populism. Both military dictators and democratic parties have used populism to gain legitimacy in the eyes of the public. Military general-turned politician, Yoweri Kaguta Museveni, has retained control of the country since 1986. Before Museveni’s rise to power, Idi Amin’s presidency (1971–79) showcased the historic roots of populism in Uganda. Amin led the military in its dismissal of President Milton Obote in 1971. Obote’s years in power had led to rise in the prices of goods, leading to anger among the public. His use of secret police in the extrajudicial murders of anyone suspected to be a “threat” also caused an uproar. To ensure his power, he had also banned political parties.

People protested Obote’s cruelty. Obote offered some compromises by designing the “Common Man’s Charter,” which failed to win public support. The promises of the charter never materialized in action. Amin seized this opportunity to take power to save “the people” from the corrupt and unjust president. Using his strongman populist charms combined with his humble beginnings as a chief in the British army, Amin was widely beloved. Public support allowed Amin to declare himself president (Burke, 2019). His populism soon turned into an outright dictatorship. His regime was characterised by horrendous human rights violations. He targeted anyone who was deemed “suspicious,” having thousands killed, including his own wives.

Amidst this violence, Amin used xenophobia and anti-Western populism to maintain his power. He ended relations with Israel and Britain while fostering close ties with Libya’s Muammar el-Qaddafi – another anti-West strongman. To gain public support, he expelled some sixty-thousand South Asian residents who were an integral part of the economy and government. He personally handed out the vacated posts to “favoured” officers as a token of his “appreciation” for their loyalty (Hoberman, 2017). He was exiled after a Tanzanian-supported takeover of the government.

The years following Amin’s overthrow led to an intense conflict between the civil government and military. This conflict resulted in a civil war. When the violence finally subsided, in 1986, Lieutenant General Museveni came to power. He was the leader of the victorious National Resistance Movement (NRM). Museveni has retained control of Uganda ever since by using a blend of populist and conservative measures. As a hero of the civil war, he positioned himself as the “hope” for a war-torn nation. He was a symbolic figure of an end of an era of tyrannical, corrupt rule. Most saw him as the simple “bush man” who had waged a guerrilla war against a despotic government. His “outsider” status, frank and lengthy conversations with journalists, and use of common language made him a popular figure (Carbone, 2005).

Unlike many populists, Museveni did not promise accountability, economic growth, or radical change. His populism was directed to promising peace. This pledge resonated with Ugandans who had, for over two decades, faced conflict. Museveni’s “simple” solutions led him to ban a multi-party system. In his view, diversity led to conflict, and, to prevent another civil war, banning parties was necessary (Ingham, 2020; Carbone, 2005).

“The people” were given the hope of stability. Museveni was able to convince most of the people that a multi-party system was not right. “The ‘western-style democracy’ was not suitable for Uganda,” he argued. He was in a fight against the “establishment elites” and “alien” Western ideas not suited to the country. During his early decades in power, various democratic institutions and organisations were altered. The leader was “re-founding” the democracy that would work for the people – in truth, though, it was bestowing unlimited power in his office. An alternative to opposition parties were the “resistance councils” that restored “the power of the people” through local-level direct representation (Mwesigire, 2016; Carbone, 2005).

His “saviour” populist rhetoric is visible in his first swearing-in speech: “No one should think that what is happening today is a mere change of guard: it is a fundamental change in the politics of our country. In Africa, we have seen so many changes that change, as such, is nothing short of mere turmoil. We have had one group getting rid of another one, only for it to turn out to be worse than the group it displaced. Please, do not count us in that group of people. … The sovereign power in the land must be the population, not the government,” (Carbone, 2005).

At the time, insurgents such as the Lord’s Resistance Army (LRA), a pro-Obote, Acholi group, terrorised Ugandans. The LRA displaced millions, causing a refugee crisis. This violence further reaffirmed Museveni’s narrative that another civil war might be just around the corner (Ingham, 2020).

Under his regime, successive years of neo-liberal reforms have brought a shift in urban centers driven by a growth in private sector. Most of the wealth generation has taken place in Uganda’s cities. This has given an illusion of a reduction in poverty. However, large swaths of both rural and urban Ugandans are still very poor. Nevertheless, oil discoveries in the 2000s bolstered Uganda’s economic prospects. However, widespread corruption ensures that Museveni’s loyal supports have gained the most wealth. Despite this, he’s retained his “common man” image.

While censorship and his connection with the people left him in power, he used this time to amend the constitution in his favour. For example, a constitutional amendment in 1993 restored the monarchies, bolstering his political support. His moves stopped the judiciary from allowing a multi-party system by giving him the majority he needed through the restored monarchies. To assure the people that his actions were just and in their interests, he resorted to populist rhetoric: “The government will not allow any authority, including the courts, to usurp the powers of the people.” He effectively labelled the judiciary a destabilizing force (Carbone, 2005).

Traces of pan-Africanism are also present in Museveni’s populist appeal. He launched the East African Community Customs Union and presented it as “in interest of the people.” In this case the Africanness was transnational (Mwesigire, 2016). This pan-Africanism is used as a pretext when Uganda intervenes militantly in other African countries such as Somalia, South Sudan, and the Democratic Republic of the Congo (Mwesigire, 2016).

In recent years Uganda has seen a rise in political opposition. In the past two decades, serious contenders have tried to challenge Museveni. To counter opposition, the regime uses military presence at voting stations, intimidation, payoffs to election officials, bribery, and direct intimidation of opposition. Together, these have allowed it to maintain its super-majority in parliament (BBC, 2021; Mwesigire, 2016; Carbone, 2005). One of these groups is the Kizza Besigye Forum for Democratic Change (FDC) formed in 2004. It was founded by several disillusioned NRM members. The ex-supporters were unable to break Museveni’s stronghold on power. In 2021, the FDC sided with the young populist musician-turned-politician Bobi Wine and his National Unity Platform (NUP) in hopes of finally defeating Museveni (BBC, 2021).

NUP was founded by Wine in 2004 with a mission to “reform the system.” He is known as the “ghetto president” for his active involvement in marginalized urban communities. Before politics, he was a singer. He sang about the struggles of Ugandan youths. The core theme of his songs helped him gain a group of very staunch young supporters. Uganda has a very young population: around 75 percent of its population is under the age of 25 (Among & Munavu, 2019). Wine, like many youngsters in Uganda, was unable to find a job, which led him to start his musical career as a street singer. His lively yet politically charged songs became hits. He’s now the face of the country’s youth (BBC, 2021).

Wine is an energetic populist promising reformist, left-leaning socio-economic polices. His non-political background makes him an “outsider.” His personal charisma and stage presence combined with his social media presence are huge factors in his popularity (BBC, 201; Okiror, 2021). When asked about this popularity, he gave the most populist response, saying: “People are not just following me. People are following an ideal that I represent… I’m just one of the millions and millions of Ugandans that want better.” While Wine promises reform and a new chapter in Uganda’s history, there is no clear-cut economic policy that the young populist leader has outlined to deliver his promises (BBC, 2021).

To counter Wine, Museveni has resorted to intimidation. Wine’s personal staff has been harassed. The young leader was accused by the government of spreading COVID-19 during his campaign rallies (BBC, 2021; Okiror, 2021). Wine believes that his life is at risk. He has been attacked, harassed, and arrested. He also believes that his bodyguard was intentionally run over on the orders of Museveni (BBC, 2021; Hallam, Timm-Garcia & Dean, 2020). Yet he reassures his voters in interviews by saying, “We are confident because the people of Uganda are on our side. And we are confident because history is on our side” (BBC, 2021).

Museveni has also used softer measures to counter his rival’s populism. The autocrat has been trying to establish his presence on social media. He has been seen on social media taking part in trending dance videos. He also launched a six-day trek through the jungle. This trek holds symbolic value. Museveni was re-walking the same steps he took decades earlier when he emerged as the victorious leader of the Bush War. The veteran leader is trying to revive this populist appeal in hopes of connecting with the younger population (BBC, 2021; Museveni, 2020).

Ultimately, Museveni was re-elected, although there were widespread allegations of voter fraud. The election pit one form of populism against another. Museveni’s preys on the fear and trauma of past conflict; Wine’s is driven by the discontent of a new generation. Unfortunately, there is little space in Uganda for a genuine democratic opposition. In the meantime, the economic deprivation continues. 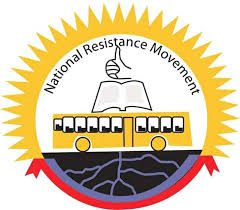 Populism: “Catch all” (Museveni pulls from both the left and right) 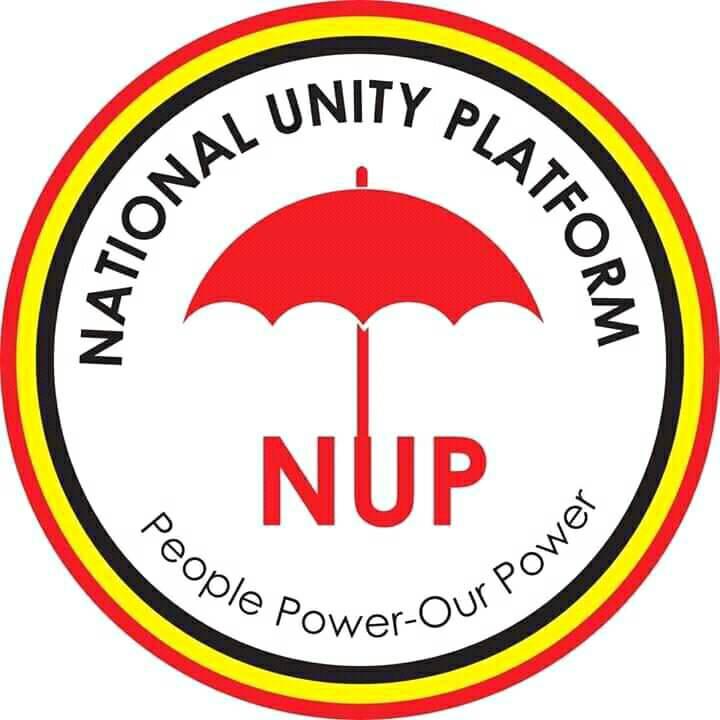