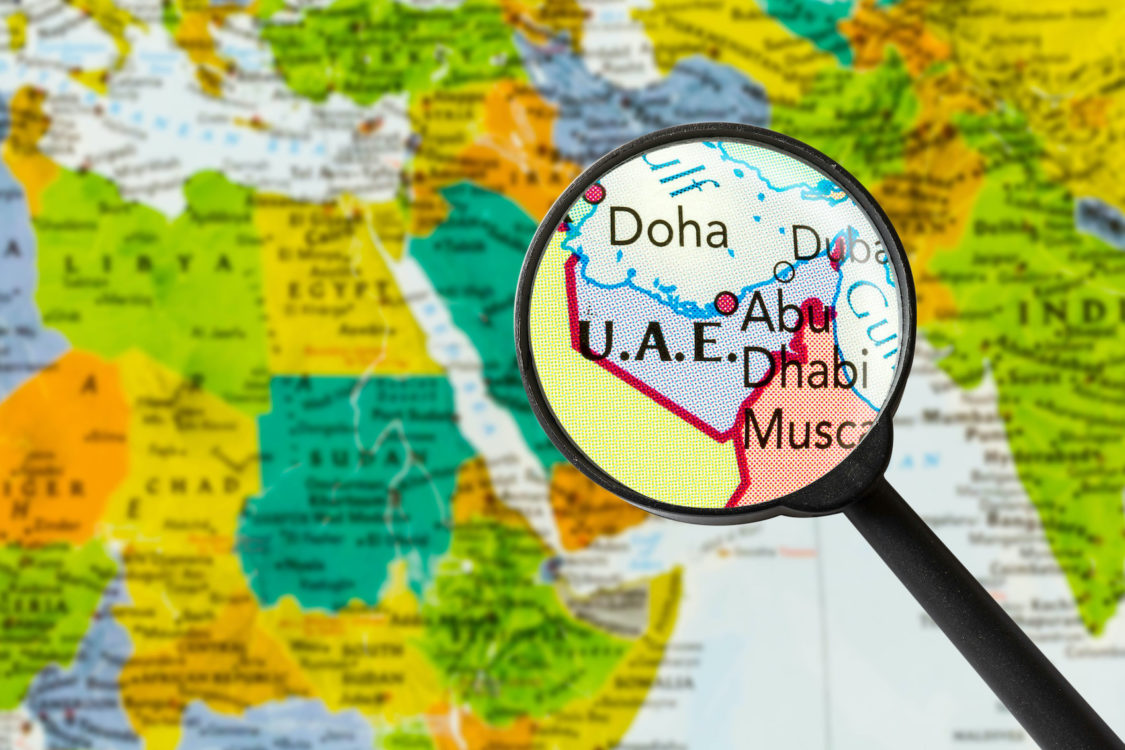 Following a plunge in oil prices, the Coronavirus pandemic, and the resulting economic downturn, Mohammed bin Zayed al-Nahyan, the de facto ruler of the United Arab Emirates, enacted a series of populist reforms. These reforms introduced a major overhaul of the country’s Islamic, loosening alcohol restrictions and decriminalizing the cohabitation of unmarried couples. The Emirati regime, however, continues to rely on numerous tools of authoritarian control to stay in power, such as pervasive surveillance, arrest of opponents, the criminalisation of dissent, and populist social spending supported by oil revenues.

Located in Western Asia, the United Arab Emirates (UAE) is a federal monarchy composed of six emirates – Abu Dhabi, Ajman, Dubai, Fujairah, Ras Al Khaimah, Sharjah, and Umm Al Quwain. The union is governed along the lines of Islamic law, the Sharīʿah, which is therefore considered to be the principal source of legislation. Political participation is reserved only for sheikhs from royal families and the seven hereditary rulers who hold all executive, legislative, and judicial authority. Save for the election of an advisory representative legislature, there are no elections, and political parties are banned. The traditionally conservative and authoritarian feature of the UAE, however, does not mean that populism as we understand it today is a foreign phenomenon for UAE citizens. Indeed, their leaders have long employed a unique populist agenda that involves the exchange of goods and services for political support.

Ever since the federation was created in 1971, after gaining independence from Britain, the UAE has gradually turned into an unprecedentedly wealthy federation thanks to its oil supply. As of 2015, with its 97.8 billion barrels, the country was the fifth largest in terms of proven oil reserves (UAE Embassy, 2018). In other words, it has almost 300 years of oil left at current consumption levels. While oil and natural gas exports account for around 30 percent of the country’s GDP, the UAE government is also working to diversify the country’s commodity-based economy with significant investments in the finance, tourism, and construction sectors.

During the reign of Zayed bin Sultan Al Nahyan, from 1971 until his death in 2004, the UAE experienced significant development in many areas including healthcare, education, and infrastructure. Clientelism, the proffering of material goods in return for political support, played a significant role in the consolidation of the regime throughout its infancy, with Zayed carrying out populist policies and investments such as building hospitals, schools, and universities for free use of all citizens. Indeed, a new social contract was employed, as part of which the new regime was tasked with providing public goods in exchange for loyalty and acknowledgement of legitimacy (Antwi-Boateng, 2020).

At least 650 schools were established between the years 1962 and 1998 (Mathew, 2015), while the literacy rate reached approximately 95 percent for both genders during the same period (UAE Embassy, 2018). Similarly, healthcare saw major improvements, with the establishment of country’s largest hospitals, Shifa Al Jazeera Medical Centre, Tawam Medical Teaching Hospital, and the Central Hospital of Abu Dhabi, as well as countless other medical centres. One of Zayed’s most striking social policy achievements, however, was the introduction of a bucket social intervention program that included a monthly allowance for the disabled, aged, widows, and indigents (Antwi-Boateng, 2020, 286).

His clientelism was, perhaps unsurprisingly, heavily dominated by populist discourse, in which he often appealed to religion for help. The country’s welfare system was established in accordance with “Allah’s wish,” he announced, and only to seek “Allah’s satisfaction”: “If Allah the Almighty has favoured us with wealth, our first commitment is to seek Allah’s satisfaction and to express our gratitude to Him by utilizing this wealth to make this country better and to bring goodness to its people” (Gulf Business, 2017).

Additionally, Zayed was convinced that his people supported his regime because it is enshrined in Islam and is based on Allah’s Book, the Quran (Hurreiz, 2002). “Why should we abandon a system that satisfies our people in order to introduce a system that seems to engender dissent and confrontation?” he asked during an interview with The New York Times in April 1997 (Hurreiz, 2002).

When Khalifa bin Zayed Al Nahyan ascended to the presidency in 2004, he opted to maintain his father’s neopatrimonial and clientelist relationship with the people – namely through resource distribution to consolidate political power. However, perhaps the greatest achievement of his presidency was the diversification of the country’s economy to attract foreign investment, turning it into the 8th most competitive economy in the world by 2013 (Kharroubi & Meddas, 2019).

After Khalifa suffered a stroke in January 2014, Mohammed bin Zayed al-Nahyan, known as MBZ, has become the de facto ruler of the UAE. While Khalifa continues to retain presidential powers, much of the day-to-day decision making of the state is now being carried out by his brother, MBZ. Over the past several years, he initiated a set of populist but headline-grabbing reforms seeking to modernize some aspects of daily life in the UAE. The year 2019 was declared “the Year of Tolerance,” (Murphy, 2018) and Al Nahyan paid official visits to many countries around the world to introduce his Union’s “modernizing” face. Early in 2019, he welcomed Pope Francis to the UAE. Following a plunge in oil prices, the Coronavirus pandemic, and the resulting economic downturn, MBZ initiated a set of  pragmatic reforms. These reforms introduced a major overhaul of the Islamic laws in the country, loosening alcohol restrictions and decriminalizing the cohabitation of unmarried couples. Muslims, who were barred from purchasing alcoholic beverages, are now allowed to purchase and transport them to their homes (Al Jazeera, 2020).

Despite the social reforms and increasing emphasis on tolerance, the Emirati regime continues to rely on numerous tools of authoritarian control to stay in power, such as pervasive surveillance, arrest of opponents, the criminalization of dissent, and populist social spending supported by oil revenues. Countless dissidents, including many women’s rights activists, are held in prison or in pre-trial detention for their activism. Several credible human rights groups have reported that ill-treatment, torture, overcrowding, unsanitary conditions, and denial of adequate medical care are prevalent in the Union’s prisons. Despite this, it is expected that the current regime will remain in power mainly because of two reasons: (1) Thanks to the production of more than two million barrels of petroleum per day, a sufficient revenue is made to provide a high standard of living for the country’s citizens (Rugh, 1997); (2) the petroleum wealth allows the government to provide everyone, including foreign workers in many cases, high quality social services, such as education and healthcare, with low or no taxes (Rugh, 1997).

Geographic Location: Middle East, bordering the Gulf of Oman and the Persian Gulf, between Oman and Saudi Arabia 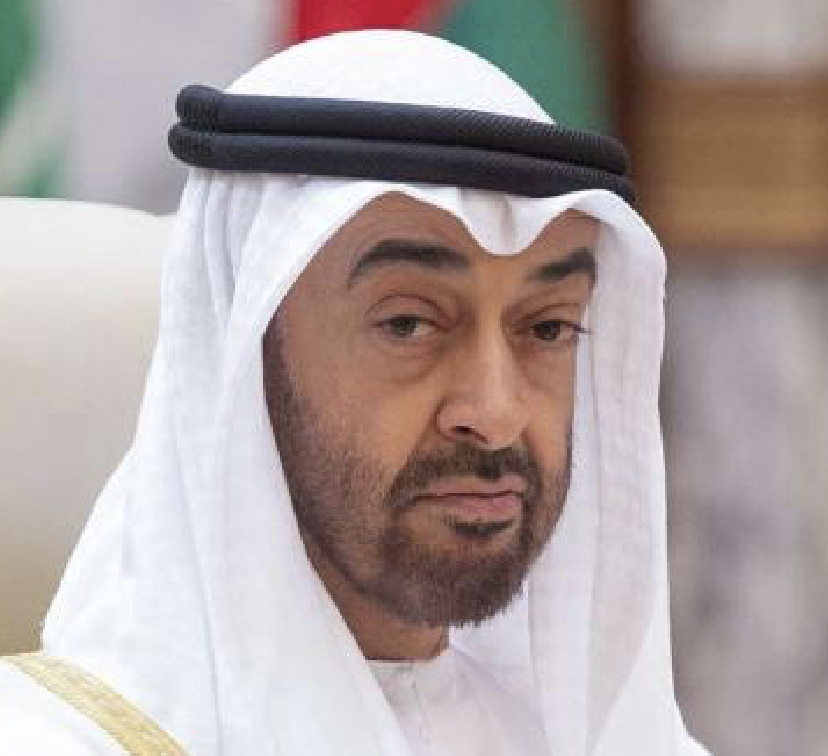 Position: The Crown Prince of the Emirate of Abu Dhabi, Deputy Supreme Commander of the UAE Armed Forces, the de facto ruler of the UAE.