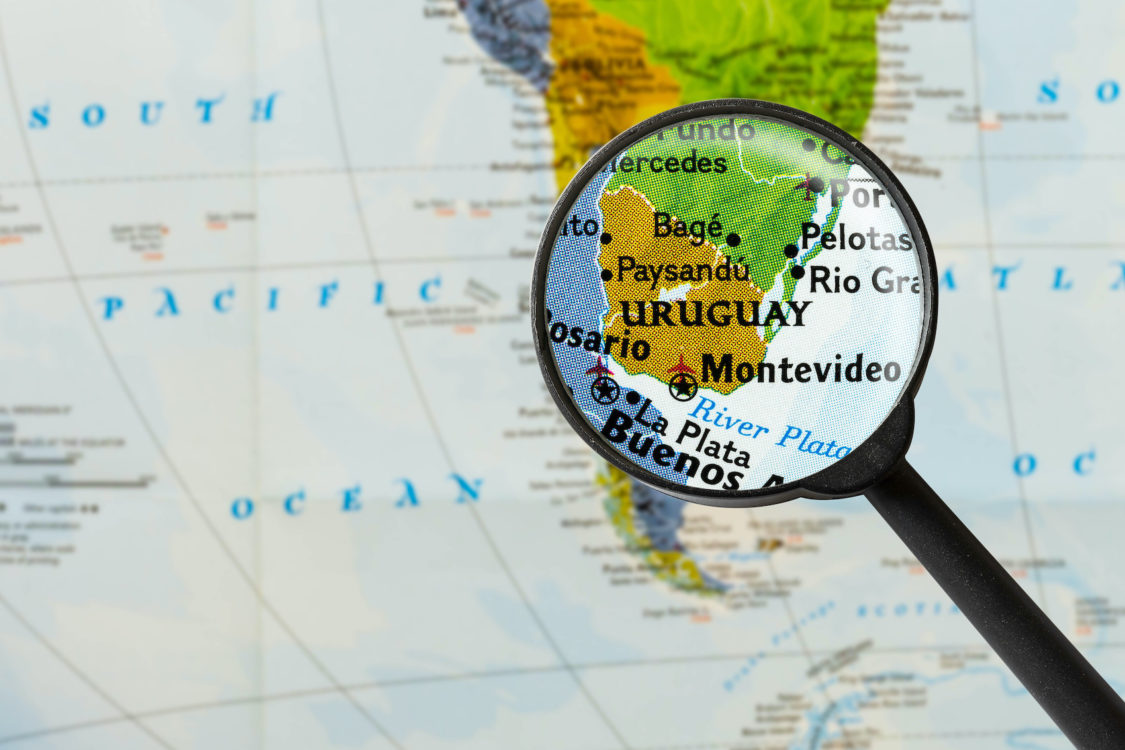 With its vibrant participatory democracy, low inequality, and stable political system, Uruguay often bucks worrisome trends prevalent across much of Latin America. Despite concerns about some civil rights issues, such as the relatively poor prison conditions, long periods of pre-trial detentions, and reported discrimination against the country’s LGBTQ+ community, it is expected that the "Switzerland of South America" will maintain its well-established democratic governance structure and its positive record of political rights and civil liberties under the presidency of the center-right National Party.

Located in the south-eastern region of South America, Uruguay, officially the Oriental Republic of Uruguay, is a small country of 3.5 million people. With its vibrant participatory democracy, low inequality, and stable political system, Uruguay often bucks worrisome trends that are prevalent across much of the continent. Although the early 20th century saw a series of economic crises which were accompanied by periodic military interference in civilian politics, the country has long been a progressive haven.

Early in the 20th century under President José Batlle y Ordoñéz, Uruguayans were granted considerable social rights and programs, such as unemployment insurance, an eight-hour workday, paid maternity leave, and divorce at the woman’s request (Pribble, 2020). In 1943, collective bargaining was introduced in order to allow unions to bargain with employers and the government in favour of the working class. Despite periodic ups and downs, this progressive trend lasted until the 1973 coup, when an authoritarian military dictatorship, known as the civic-military dictatorship of Uruguay, was established. During the dictatorship, which lasted until 1985, the country’s traditional political parties and alleged Marxist-Leninist organizations were banned, and numerous activists, students, politicians, and left-wing sympathizers were imprisoned across the country. This intense “preventive repression” led some ten percent of the population to migrate for economic and political reasons (Hudson & Meditz, 1990).

Until democracy was restored with the 1984 general election, the military government followed a neo-liberal economic playbook, with the Uruguayan economy opened to foreign investment, restrictions on the exchange rate lifted, and foreign banks encouraged to open branches in the country. The government also reduced import duties, integrated with other regional economies, and liberalized the agricultural and livestock markets (Hudson & Meditz, 1990).

Julio María Sanguinetti’s election as president in 1985 commenced a period of rivalry between the two traditional parties, the center-right Colorado Party and the conservative National Party. Until the left-wing coalition, Broad Front (Frente Amplio, FA) came to power after the 2004 election, Uruguay saw three Colorado Presidents and one National President, all of whom followed a broadly pragmatic neoliberal economic agenda. This period was characterized by significant trade liberalization, partial privatization of social security, and major fiscal adjustments (Oyhantçabal, 2009).

Generally speaking, the Colorado administrations largely enjoyed support from the urban population, labour unions, secularists, and reformists, while the National administration was mostly backed by the rural-based, tradition-oriented religious and conservative groups. The Colorado administrations were often considered more liberal than their rivals. The ideological differences, however, gradually melted away as both parties expanded their bases of support over time; both became home to left- and right-leaning factions (Hudson & Meditz, 1990).

By the mid-1990s, the left’s electoral sway began to increase in the country, gradually turning the political arena into a three-party system and forcing the two traditional parties to cooperate (Cason, 2002). The left’s breakthrough victory eventually came in the 2004 election, when Tabaré Ramón Vázquez Rosas won 50.45 percent of the total vote under the Broad Front ticket. Rosas became the first president of a leftist party since the early 19th century. Many defined his election as the late arrival of the revolutionary “Pink Tide” to Uruguay.

Indeed, the FA seemed to possess many of the features of the Pink Tide’s leftist governments that swept into power around Latin and South America, many of them eventually undermining democratic institutions. The FA was born as a reaction to traditional politics. It was formed during the social struggles of the 1960s and early 1970s. It became home to the Marxist left and the revolutionary fractions of the traditional parties. It eventually grew into a multi-class political coalition dominated by the working-class. But for the FA to ascend to power, it needed an opportunity. When the neoliberal economic policies of the previous traditional governments brought socio-economic disaster to the country, as evidenced by a dramatic decline in the country’s GDP and exports (Oyhantçabal, 2009), the table was set for the FA.

However, as opposed to the controversial, populist, and often authoritarian heads of state who ascended on the Pink Tide wave, Uruguay’s left had largely managed to remain immune to populism in pursuit of its political goals.  This is not to deny that FA leaders often appealed to voters through populist statements. President Vázquez’s first public address was full of anti-establishment sentiments and promises for change that would benefit the country’s “poor.” “We promised changes, and we will bring them,” he said, before promising to seek “progressive and responsible changes […] benefiting those who need them to reach a life of dignity” (Tobar & D’alessandro, 2005).

Indeed, the next 15 years of governing by the leftist Broad Front coalition introduced a set of successful reforms in education, health care, and the social security system. In terms of the economy, Uruguay experienced a vigorous economic growth from 2005 – 2019, under three successive FA governments – the highest growth since the 1960s. The growth in return led to a dramatic reduction in poverty rates, from 39.9 percent in 2004 to 9.7 percent in 2014 (Caetano, 2019).

The FA leadership also embarked on a process of bolstering links with Latin American countries, those with leftist leaders in particular. During the first few years of his presidency, Vazquez signed an energy and food co-operation agreement with Venezuela’s Hugo Chavez and several other deals with Argentine’s Kirchner (BBC News, 2005). Vazquez also restored full diplomatic relations with Cuba (BBC News, 2005). The FA governments embraced a governance style that combines several aspects of a Marxist party that opposes the previous governments’ neoliberal economic policies, with a catch-all style that seeks to attract voters even from the most distinct segments of society (Luna, 2007).

Among other FA reforms were the legalization of abortion in 2012 and the legalization of recreational cannabis in 2013. These two ground-breaking reforms were introduced during the presidency of José Mujica, who is globally known as the world’s “Poorest President” (Hernandez, 2012). During his presidency, from 2010 to 2015, Mujica often made headlines with his humble lifestyle. He lived in a house belonging to his wife outside the capital, Montevideo. His declared net worth was $1,800 in 2010 (Hernandez, 2012).

After 15 years of in the office, the 2019 elections put an end to the leftist FA administrations, when FA candidate Daniel Martinez was defeated in a run-off by Luis Alberto Lacalle Pou of the National Party, the Colorado Party, and the Open Cabildo. The presidency was returned to the country’s two oldest political parties.

Despite concerns about several civil rights issue, such as the relatively poor prison conditions, long periods of pre-trial detentions, and reported discrimination against the country’s LGBTQ+ community, it is expected that the “Switzerland of South America” will maintain its well-established democratic governance structure and its positive record of political rights and civil liberties under new center-right National Party government. 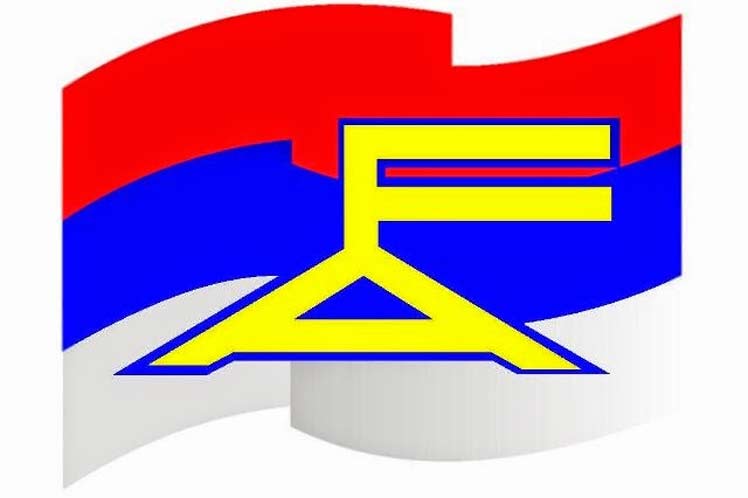