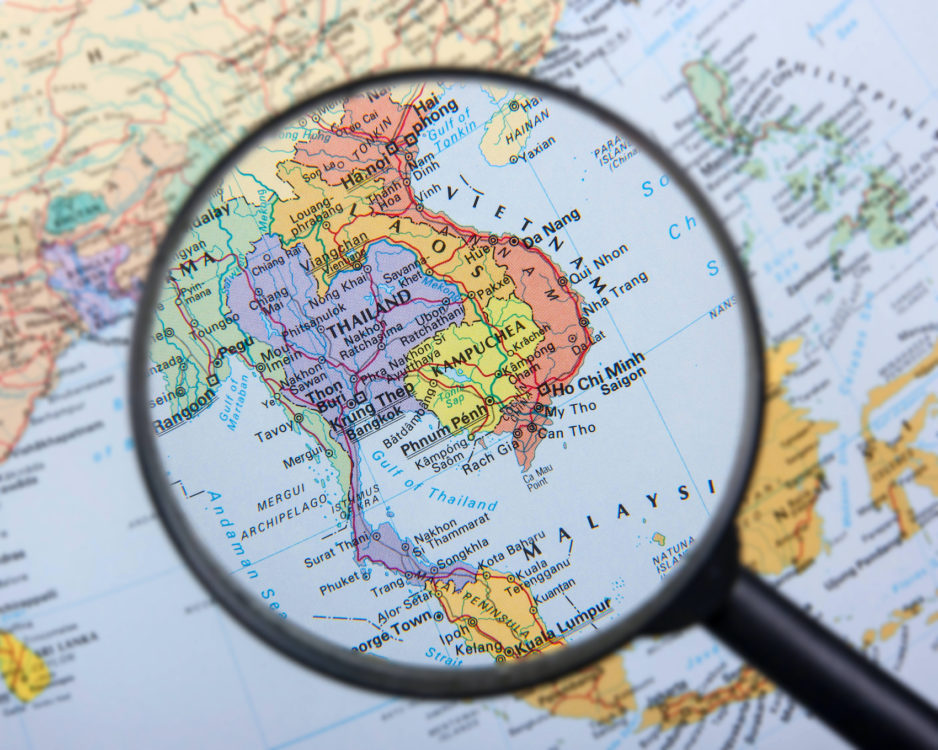 Vietnamese history is a story of forced colonization by various forces, including the Chinese and French. Following a war for Independence with the French, communism, took root in the country. A civil war soon followed, between the communist north and the Republican (and US-allied) south. Today the Communist Party of Vietnam (CPV) maintains control over the country through a single-party regime. While it is not categorically populist, it has used populist appeals to garner support. In response to the oppressive regime, a new (illegal) party has formed online, the Vietnam Populist Party (VPP). It is not clear what will become of the VPP, as it is currently acting as a populist collective against the CPV regime, primarily in the digital realm.

The region of modern-day Vietnam has experienced a turbulent past. While the land has been inhabited for thousands of years, the region has been influenced and colonized by foreign powers for much of its history, greatly impacting its politics, culture, and economy. China conquered the region during the Han Dynasty and exerted considerable control. After a thousand years, the Vietnamese gained independence. The country was ruled by a series of independent dynasties – some of them competing against each other – for centuries, until the European powers arrived in the 18th and 19thcenturies. The Portuguese, Dutch, English and French had tried to establish their influence in the region. The Europeans refereed to Vietnam as part of “Indochina”’ The French gained influence by gradually introducing Christian missionaries to the region. The presence of these preachers led to some military personnel being deployed for their protection. By 1884, following successive military campaigns, Vietnamese territory, along with modern day Laos and Cambodia, became French Indochina (Duiker, 2020).

Given the exploitative nature of the French colonization, various freedom struggles emerged. Each had the shared goal of political representation for the local populace. These protests were brutally squashed by French forces. Starting in the 1910s, minor rebellions surfaced in isolation and were dealt with harshly. It was before the Second World War, in 1930, that the Yean Bai mutiny took place. This event set a tone of communist-driven nationalism that would eventually lead to independence. The ideology was particularly popular amongst peasants, who would form the backbone of the independence movement (Duiker, 2020).

The Second World War had a drastic impact on the French. They could no longer retain their control over Indochina. The landmass was eventually occupied by Japanese forces, in 1940. During the Japanese occupation several of the communist nationalist leaders were eliminated through violent purges. After the defeat of Japan by the Allies, Ho Chi Minh led the first Indochina war for independence, beginning with the August Revolution in 1945 (Duiker, 2020). His success resulted in Emperor Bao Dai being deposed. Rival contesting factions were then “dealt with” by Ho Chi Minh and his Communist Party of Vietnam (CPV). When the French returned, war broke out between Ho Chi Minh and his supporters and the French, who re-installed Emperor Bao Dai in the southern part of the country. The 1954 Geneva Convention resulted in a country split between the communist north and the Catholic south.

The CPV gained support through nationalism and reformism that promised equality. These notions were highly popular amongst people who had suffered from poverty and exploitation under colonial rule and the Axis occupation. Given the communist nature of the government, Vietnam attracted American and Soviet intervention, with the former aligning with the South and the latter with the communist North. This intervention ultimately culminated in a brutal civil war between the communist Democratic Republic of Vietnam and the Catholic Republic of Vietnam (Davies, 2015). By the end of the civil war, the CPV controlled the whole country. However, the disastrous war had a huge cost, in both lives and resources (Davies, 2015).

Over the years, the CPV’s communism has promised peace and stability for the country. However, it wasn’t long before the party realized it was difficult to maintain the country as a truly communist model. The archaic ideals could not help the war-ravaged country survive. The US-imposed trade embargo after the war left the country devoid of any financial aid. Apart from reparation money, Vietnam had no real resources. Taking pragmatic steps, the CPV embraced the concept of “a market economy with a socialist orientation.” This meant that by the 1990s, the economy was capitalist, but the government remained its socialist features (Davies, 2015). Over the years, the party-led hybrid model has resulted in tremendous economic gains, yet socio-political progress has been limited.

The single-party system has delivered the promised peace and security. The victory in 1976, which unified the divided county, gave the CPV decades of credibility. However, its prolonged stay in power has led to the formation of an oligarchy consisting of party members. This group has flourished while the wealth is not shared with the wider community. This consolidation of power and wealth is morally against the spirit of socialism and has made it hard for the party to solely rely on the populist rhetoric of peace, stability, and equality. Therefore, it relies on suppression of various freedoms to maintain its position.

Under the CPV’s rule, the country ranks among the world’s worst for transparency. Under the corrupt regime, the income for the poorest has fallen by a fifth. At the same time, the top five percent of the country now makes a quarter of the income (Davies, 2015). The issue of inequality is also visible in the country’s landscape, which shows a stark rural and urban divide. While the cities have seen an influx of foreign investment causing rapid growth, the rural poor are the worst affected. Many farmers have been made landless as the country is “progressing” by building roads, industrial parks, and plazas on their lands without fair compensation, yet further disenfranchising them (Davies, 2015).

To maintain its power, the CVP restricts all basic civil and political rights for “state security” reasons. Thus, anyone who protests against the government, speaks against the government, expresses freely their religious affiliation, or tries to form an alternative political party or group will be arrested. Following detention, the accused can be charged for “terrorism” or spreading “mischief” (Human Rights Watch, 2019). The Communist Party has successfully maintained its monopoly on power and has over the years cracked down on social media, conventional media, and civil society organizations under the charges of “making, storing, disseminating or propagandizing information, materials and products that aim to oppose the State of the Socialist Republic of Vietnam” (Human Rights Watch, 2019).

While the country has witnessed a spike in privatisation the last three decades, its impact has not yet reached media. The state-controlled media remains the dominant narrative. A host of cybersecurity and media laws occasionally crackdown on private and independent sources by vandalizing their offices, arresting their heads, and, at times, banning them all together (Ghani, 2019). The communist government also carries out extensive surveillance of religious groups. All religious groups need government approval to operate in the country. These measures are introduced and implemented as part of maintaining and securing Vietnam’s “national interests” (Human Rights Watch, 2019).

The CPV has long used as a populist tool to justify its actions. China’s history of regional dominance, along with the long record of Western intervention in the region, are used to justify the party’s “strong” measures (Ghani, 2019). For instance, Nguyễn Tấn Dũng, the former prime minister, has very craftily used China’s growing assertiveness in the South China Sea to play on the fears of the Vietnamese people. He made vocal statements against China, gaining populist support and internal legitimacy in the process. Additionally, he was able to secure significant amounts of Western investment after economic reforms during his tenure. His strong connections with the US were made even stronger after his anti-Sino stance. The investments created an illusion of prosperity in the country. It was a counter move directed at limiting China’s growing influence. Dũng was very successful at using the historical fear of China to legitimize his populism. Despite his rhetoric, Chinese investment was still very welcomed – as long as it came through the backdoor (Luong, 2016).

The CPV has relied on populist measures and rhetoric to curb the public’s increasing concern about corruption. In a bid to reform its image, the CPV has sacrificed one of its own party members who was involved in large investments in petro-capital. His mishandling and corruption led to millions of dollars in losses that were eventually directed to the Vietnamese government. The party is using the same strategy as China: a “clean up” of the Party (Thu, 2018).  The CPV has disowned the member, Thang, who faces criminal charges.

The growing income inequality amidst corruption and continued suppression of freedoms has led illegal underground parties to form. These parties have emerged more frequently since the 2000s. Various online platforms are attracting people from within the country and the diaspora to join these groups. The Vietnam Reform Party, People’s Democratic Party, and Vietnam Populist Party are the main alternative parties. While they cannot contest elections or hold public gatherings, these parties – especially the Vietnam Populist Party (VPP) – occupy a prominent place in online spaces (Crispin, 2016).

VPP has launched a number of other pro-democratic groups. The New Vietnam Platform provides a collective voice for those who dream of making the country a multi-party democracy where human rights and freedoms are maintained under progressive, liberal, democratic values (Crispin, 2016). The VPP’s main operations are run from abroad; once identified, local supporters are subject to harassment and intimidation (Crispin, 2016). The party has been able to gather support from factions that have felt isolated and seek “reinvention.” It is unclear if they will ever be able to confront the CPV or live up to their promises. The VPP remains an illegal, unrecognized, and unregistered online anti-state group.

While Vietnam is no longer a communist state in the true sense, the CPV has maintained conservative remnants. This hybridism has ensured the party’s hegemony on power. It has also preyed on fear to ensure continued support in a country where the impacts of a prolonged conflict are still felt. Its efforts at targeting corruption suggest another populist tact the government is using to maintain power. The CPV still does not allow formal, multi-party elections, but groups such as the PPV are beginning to carve out space online. The PPV is more than just a grassroots populist movement: it has enough merit to pose as a viable opposition if it is allowed to contest elections in a multi-party Vietnam.

Languages: Vietnamese 86% and other (Mường, Cham and Khmer) 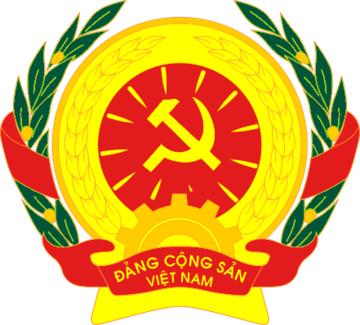 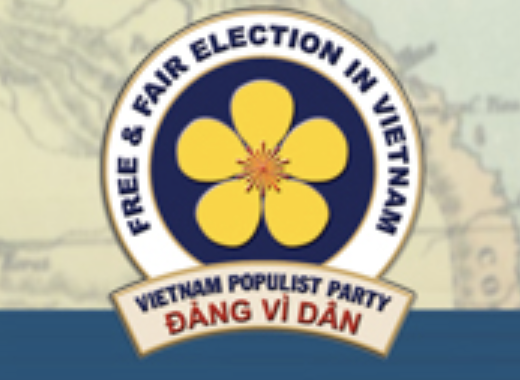