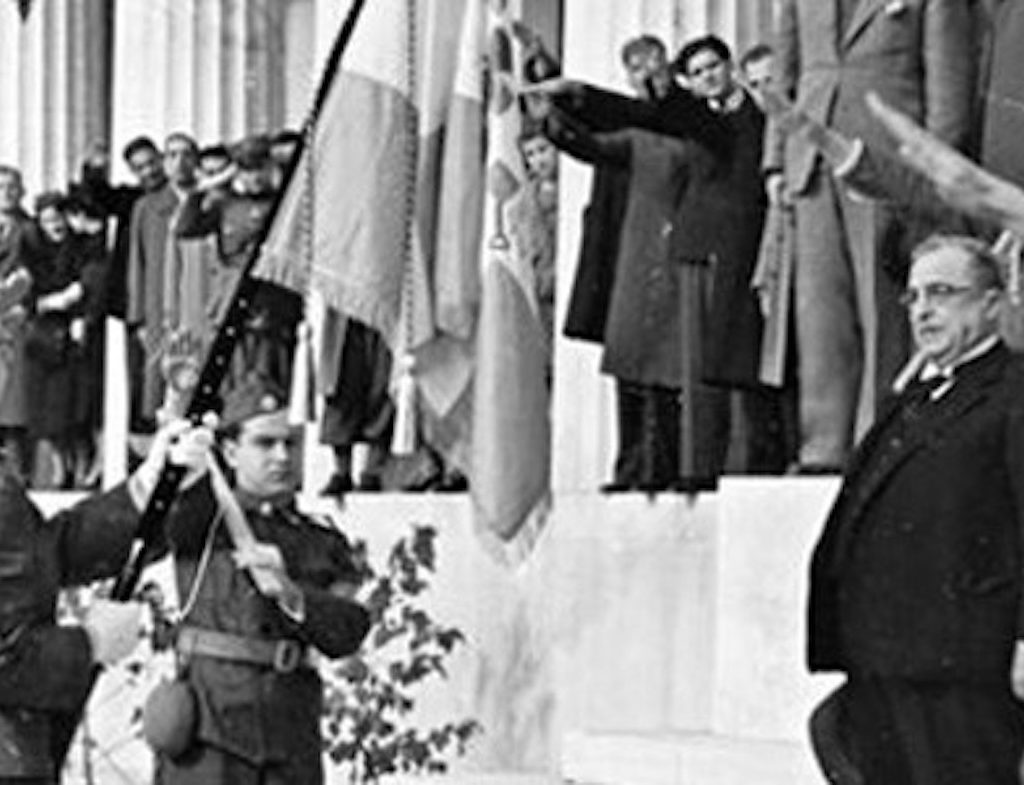 Metaxism is a totalitarian nationalist ideology associated with Greek dictator Ioannis Metaxas. It called for the regeneration of the Greek nation and the establishment of a modern, culturally homogenous Greece. Metaxism disparaged liberalism, and held individual interests to be subordinate to those of the nation, seeking to mobilize the Greek people as a disciplined mass in service to the creation of a “new Greece.”

Metaxas declared that his 4th of August Regime (1936–1941) represented a “Third Greek Civilization” which was committed to the creation of a culturally purified Greek nation based upon the militarist societies of ancient Macedonia and Sparta, which he held to constitute the “First Greek Civilization”; and the Orthodox Christian ethic of the Byzantine Empire, which he considered to represent the “Second Greek Civilization.” The Metaxas regime asserted that true Greeks were ethnically Greek and Orthodox Christian, intending to deliberately exclude Albanians, Slavs, and Turks residing in Greece from Greek citizenship.

Although the Metaxas government and its official doctrines are often described as fascist, academically it is considered to have been a conventional totalitarian-conservative dictatorship akin to Francisco Franco’s Spain or António de Oliveira Salazar’s Portugal. The Metaxist government derived its authority from the conservative establishment and its doctrines strongly supported traditional institutions such as the Greek Orthodox Church and the Greek Monarchy; essentially reactionary, it lacked the radical theoretical dimensions of ideologies such as Italian Fascism and German Nazism.

The ideology of Metaxism was associated with Metaxas’ political party, the Freethinkers’ Party and the 4th of August Regime. In the post-war period it has been advocated by the 4th of August Party, the Golden Dawn party and the ELAM party. Today the only party of the Greek parliament which claims to follow the ideas of Metaxas is the right-wing extremist Golden Dawn. Other far-right parties such as Popular Greek Patriotic Union which split from the Golden Dawn also claim to follow Metaxism.

According to an article by Seçil Kilic, Golden Dawn with its populist ultra-nationalist party discourse represents the similarities with the Metaxist approach such as the absolute and personalized leader authority, the perception of nationalism, third way, religion, Greek history, culture and their mutually used symbols. Both Metaxist period’s and Golden Dawn’s structural frame have paramilitary characteristics.