At this ECPS Youth Seminar, Dr. Sandra Obradovic is going to present the findings of a research paper titled “Understanding the psychological appeal of populism” which is jointly written by Obradovic, Séamus A. Power and Jennifer Sheehy-Skeffington. According to the paper, psychology can play an important role in expanding our understanding of the demand-side of populism by revealing its underlying relational logic. Social psychological perspectives on populism are beginning to show how: 1) the division between us (‘the good people’) and them (‘the corrupt elites’/ ‘foreign others’) taps into core intergroup dynamics, 2) economic and cultural processes are construed in terms of basic status concerns, and 3) collective emotions become mobilised through political communication. Taking these insights into consideration, the authors reflect on psychology’s contribution to the study of populism thus far and chart out an ambitious role for it at the heart of this interdisciplinary field.

Dr. Sandra Obradovic is a social and political psychologist in the UK. She is a lecturer in Psychology at the Open University and a researcher at the Electoral Psychology Observatory at the London School of Economics. Her work examines how group boundaries are constructed and defined, and their impact on identities, intergroup relations, and political attitudes. In bringing this focus to research on populism she works with colleagues in Denmark and the UK, examining and comparing populist and mainstream rhetoric and highlighting the role of hierarchies, emotions, and temporalities in constructing the common people as under threat. At the Electoral Psychology Observatory, she works with colleagues on research on electoral atmosphere and hostility: how voters experience elections and its impact on interpersonal relationships and overall satisfaction with democracy.

Celia Miray Yesil is a ECPS Youth Group member, co-director of Voice of Youth (VoY) and master’s student of International Political Economy at the Warwick University. She gained her undergraduate degree in European Politics at King’s College London, studying the historical background of European nations and its relationships with the rest of the world.  In her undergraduate dissertation, Miray looked at the populist ‘language’ of the far-right leaders Marine Le Pen and Recep Tayyip Erdogan. As for her master’s dissertation, Miray is considering focussing more on the impact of far-right populism in foreign policy, particularly looking at the political language and communication of populist leaders in the international political economy. 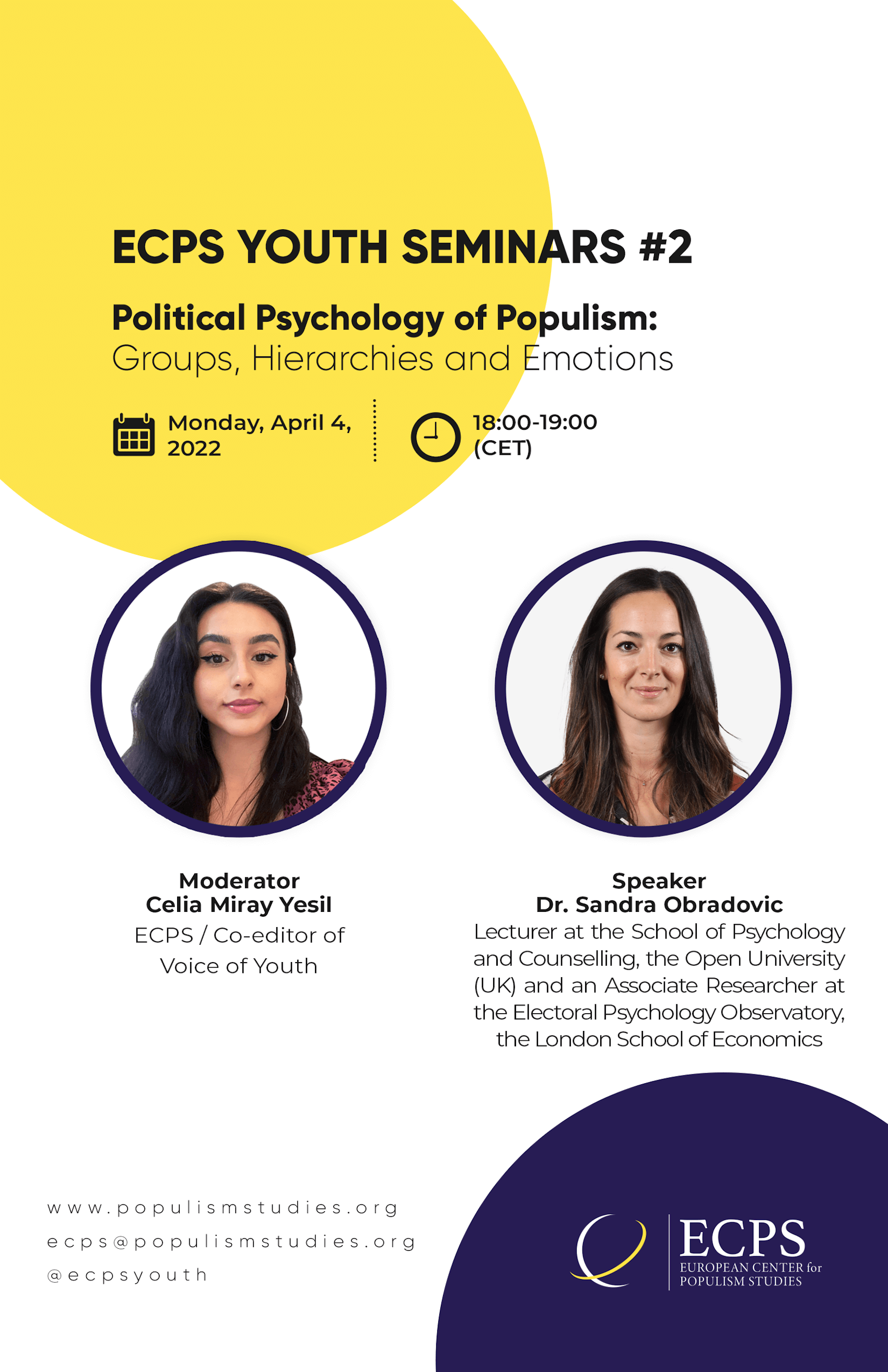 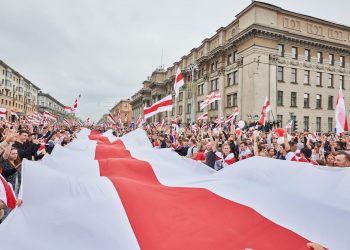