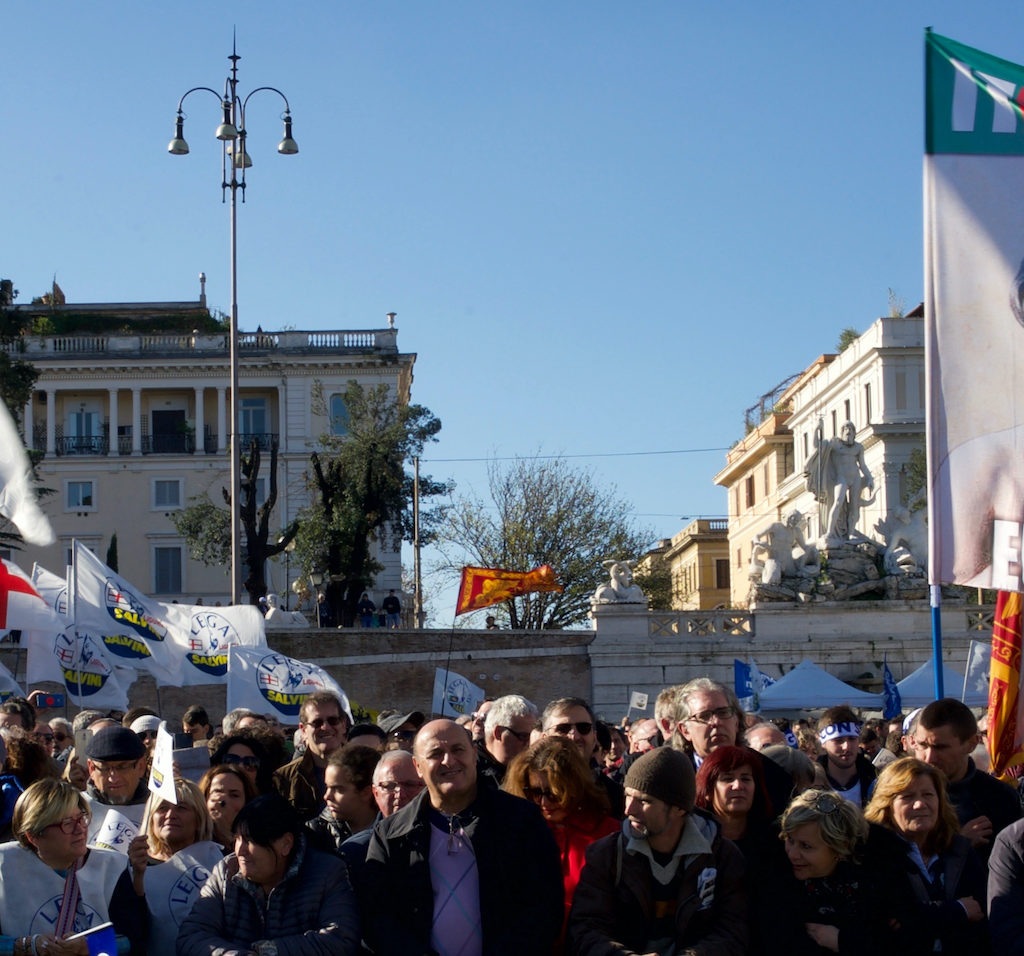 Populism refers to a range of political stances that emphasize the idea of “the people” and often juxtapose this group against “the elite”. The term developed in the 19th century and has been applied to various politicians, parties, and movements since that time, although has rarely been chosen as a self-description. Within political science and other social sciences, several different definitions of populism have been employed, with some scholars proposing that the term be rejected altogether.

A common framework for interpreting populism is known as the ideational approach: this defines populism as an ideology which presents “the people” as a morally good force and contrasts them against “the elite”, who are portrayed as corrupt and self-serving. Populists differ in how “the people” are defined, but it can be based along class, ethnic, or national lines. In other words, as Jan-Werner Müller stated in an article that the populist decides who the real people are; and whoever does not want to be unified on the populist’s terms is completely and utterly excluded — even if they happen to have a British or an American passport.

Populists typically present “the elite” as comprising the political, economic, cultural, and media establishment, depicted as a homogeneous entity and accused of placing their own interests, and often the interests of other groups — such as large corporations, foreign countries, or immigrants — above the interests of “the people”. However according to Müller, not everyone who criticizes elites is automatically a populist. “After all, any civics textbook would instruct us to be vigilant with the powerful; keeping a close eye on elites can in fact plausibly be seen as a sign of good democratic engagement by citizens. Of course, when in opposition, populists criticize governments.”

Müller reminds that they also claim that they and they alone represent what populists often call ‘the real people’ or ‘the silent majority.’ As a consequence, they denounce all other contenders for power as fundamentally illegitimate. “At stake is never just a disagreement about policy or even values, for that matter — which is of course completely normal (and, ideally, productive) in a democracy; rather, populists immediately personalize and moralize political conflict: the others, they insist, are simply ‘corrupt’ and ‘crooked.’ They allegedly do not work for “the people,” but only for themselves (i.e. the establishment), or multinational corporations, or the EU, or what have you,” underlines Müller.

Populist parties and social movements are often led by charismatic or dominant figures who present themselves as the “voice of the people”. According to the ideational approach, populism is often combined with other ideologies, such as nationalism, liberalism, or socialism. Thus, populists can be found at different locations along the left–right political spectrum, and there exist both left-wing populism and right-wing populism.

Other scholars of the social sciences have defined the term populism differently. According to the popular agency definition used by some historians of US history, populism refers to popular engagement of the population in political decision making. An approach associated with the political scientist Ernesto Laclau presents populism as an emancipatory social force through which marginalized groups challenge dominant power structures. However, according to Müller’s article, the crucial indicator of populism is not some vague ‘anti-establishment sentiment;’ criticisms of elites may or may not be justified, but it is not automatically something problematic for democracy.

Rather, to Müller, what matters is populists’ anti-pluralism: “They always exclude at two levels: at the level of party politics they present themselves as the only legitimate representatives of the people, and hence all others are at least morally excluded; and, less obviously, at the level of the people themselves, those who do not share the populists’ symbolic construction of the ‘real people’ are also shut out. Put differently: populism inevitably involves a claim to a moral monopoly of representing the supposedly real people — and also inevitably results in exclusionary identity politics.”

According to Müller, populists can do significant damage to a democratic political culture even if they never government. After all, populist parties that do not do so well at the polls have to face an obvious contradiction: how can it be the case that the populists are the people’s only morally legitimate representatives and yet fail to gain overwhelming majorities at the ballot box? “Populists do not all opt for what might seem the easiest way out of this contradiction – but plenty do, when they in effect suggest that one should think less of a silent majority and more of a silenced majority. By definition, if the majority could express itself, the populists would always already be in power — but someone or something prevented the majority from making its voice heard. Put differently: populists more or less subtly suggest that they did not really lose an election at all, but that corrupt elites were manipulating the process behind the scenes,” he said.

Some economists have used the term in reference to governments which engage in substantial public spending financed by foreign loans, resulting in hyperinflation and emergency measures. In popular discourse—where the term has often been used pejoratively—it has sometimes been used synonymously with demagogy, to describe politicians who present overly simplistic answers to complex questions in a highly emotional manner, or with opportunism, to characterize politicians who seek to please voters without rational consideration as to the best course of action.

The term populism came into use in the late 19th century alongside the promotion of democracy. In the US, it was closely associated with the People’s Party, while in the Russian Empire it was linked to the agrarian socialist Narodnik movement. The Narodnik movement was formed to oppose the demonetization of silver and championed scepticism of railways, banks and political elites.

In the 1960s the term became increasingly popular among social scientists in Western countries, and later in the 20th century it was applied to various political parties active in liberal democracies. In the 21st century, the term became increasingly common in political discourse, particularly in the Americas and Europe, to describe a range of left-wing, right-wing, and centrist groups that challenged the established parties. When in office in liberal democracies, populists have often been responsible for democratic backsliding — also called “democratic erosion” or “de-democratization” — as they undermine independent institutions like the media or judiciary which they consider hostile to the “will of the people”.

Authoritarian populism has established itself as the third ideological force in European politics, according to an index published by Timbro, and this poses a long-term threat to liberal democracies. However, according to a report by Jordan Kyle and Brett Meyer, democracy works best when the political parties and factions that are in power today accept that they will one day be in the opposition, and then have the chance to regain power. They continue to say that “the rise of populism around the world is throwing these most basic of liberal democratic conditions into question.”

The authors also warn that once one party in a political system is making the argument that they alone can represent the people, it gets easier to justify bulldozing through institutional constraints or even curtailing the rights of one’s political opponents. “Citizens are less likely to object to eroding democratic institutions if they believe a corrupt elite has captured them. It is difficult to defeat populism at the ballot box: claiming to be the sole representative of the people also undermines ‘loser’s consent,’ the willingness of voters to accept the legitimacy of an election which results in political defeat,” said Kyle and Meyer.

However, they said, populist leaders are not solely to blame for weakening commitments to liberal democracy. “Populist messages of division — of ‘us versus them’ — can prevail, however, in polarized political environments and when trust in mainstream politicians and institutions is low. In short, populism appears when there are real social and economic problems that need to be addressed and when the parties that are supposed to provide representation for citizens have failed to solve real challenges for too long.”