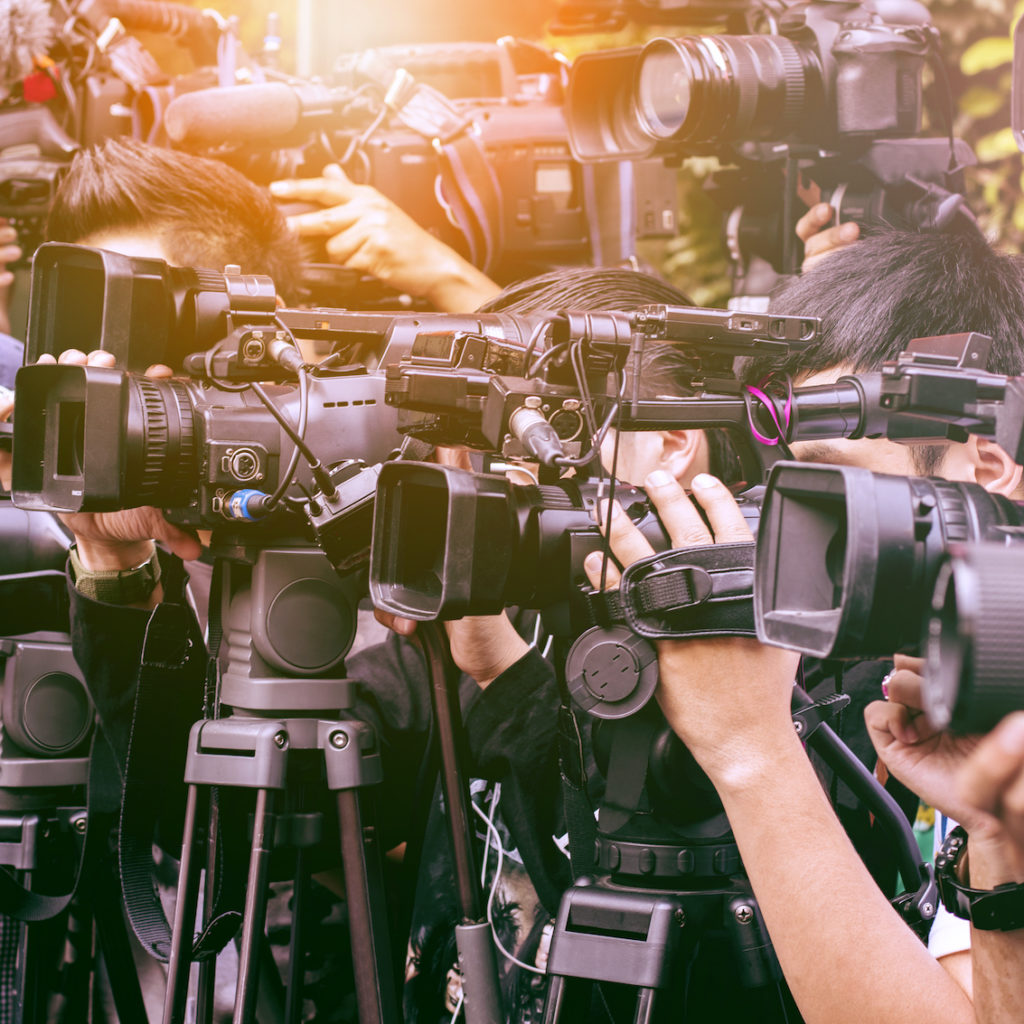 Media are the communication outlets or tools used to store and deliver news, information or data. The term refers to components of the mass media communications industry, such as print media, publishing, the news media, photography, cinema, broadcasting (radio and television), and advertising. The term ‘medium’ (the singular form of ‘media’) is defined as “one of the means or channels of general communication, information, or entertainment in society, as newspapers, radio, or television.”

Populists all around the world denounce the independent press and media organizations – institutions that traditionally have been considered central to liberal democracy. In the US, President Trump has frequently called the mainstream media the ‘enemy of the people’, a term once popularized in the Soviet Union by Joseph Stalin. Through Twitter, Trump has cultivated a new means to communicate directly with his followers. Elsewhere, populist governments have directed funding to government-allied media and starved independent newspapers and radio of advertising revenue, as they did in Hungary, or simply commandeered the state broadcast media to serve as a government propaganda machine, as they did in Poland and Turkey.

On the other hand, Gianpietro Mazzoleni states in an article that “by looking at the most well-known cases of populist phenomena in Europe, we can see that leaders and movements often seem to rely on some sort of ‘media complicity’.” He also wrote that “in many instances, the European media appear to have contributed to a legitimization of the issues, key-words and communication styles typical of populist leaders. ‘Underdog’ leaders who strive to gain public attention have regularly proved able to exploit the media’s proclivity towards anything that ‘breaks the routine’ in political arenas, by resorting to communication strategies that ensure media coverage. The result of this ‘supply and demand’ relationship is an increased visibility and significant reverberation of the populist message among a wide audience. In other words, the media, intentionally or not, may serve as powerful mobilization tools for populist causes.”

According to a research project, the media in Europe and the US, in many instances, appear to have contributed to a legitimization of the issues, key-words and communication styles typical of populist leaders. Leaders striving to gain media attention have successfully exploited the media’s eagerness to break the routine and attract public attention. Thus, the well-established mainstream media, in most countries, is arguably the mouthpiece of the ruling classes. The media tend to overtly combat/downplay/protest populist threats, contributing to their containment. Television, specifically, is central to the political process.

Moreover, Luca Manucci states in an article that the media privilege conflict and negativity, which in turn foster political alienation and cynicism, thus providing a fertile ground for populist messages. Mannuci also underlines the fact that the relationship between populist actors and the media not as a battle between two opposing logics, but rather as an integrated process of content production involving both political and media actors.

“In fact, the relationship between populist discourses and the media is structured as a circular and multifaceted process involving different communication outlets and actors. In particular, this integrated approach has the advantage of explaining how populist discourses are generated and through which channels they reach different audiences without taking a normative position on the supremacy of the media sphere over politics or vice versa,” he writes.

Despite concern that the rise of populism is being driven by online media, when it comes to news, those with populist attitudes prefer offline news use – especially TV, according to a report by Richard Fletcher. He wrote that “of those with populist attitudes 46 percent say that television is their main source of news, compared to 40 percent of those without. This preference is stronger for commercial television outlets, but weaker for public service broadcasters. Indeed, public service media have been a particular target for negative attacks from populists as their influence has grown in recent years.”

According to an article written jointly by Frank Esser, Agnieszka Stępińska and David Nicolas Hopmann, media populism lends itself to three distinct perspectives:

“Variations in Media Freedom: Why do some governments in Central and Eastern Europe respect media freedom more than others?” Central European Journal of Communication,vol. 8, no. 1, pp. 4–21 (May 2015).

“Political Actors and the Colonisation of the Media,” in Media and Politics in New Democracies: Europe in a Comparative Perspective, pp. 73–84. ed. Jan Zielonka (Oxford University Press, 2015).