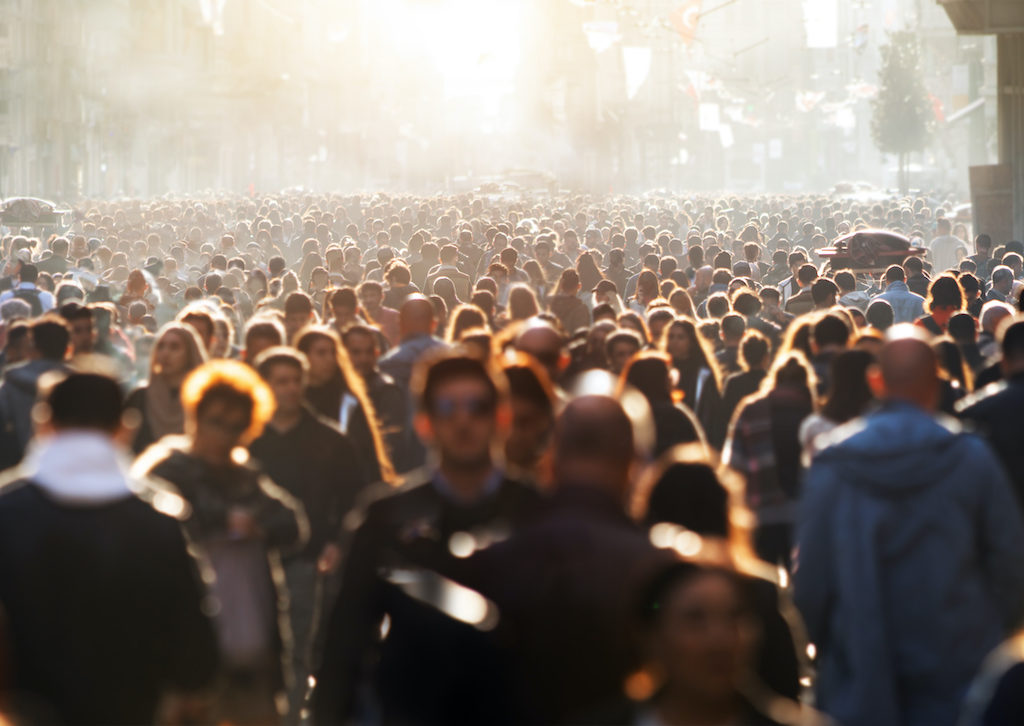 The people, in general, refers to the totality of a given political community, to the citizenry as a unitary body politic (hence the numerous constitutional references to ‘We, the people’), and, at the same time, designates ‘the poor, the disinherited, and the excluded’; in other words, the underdog marginalized from political participation, excluded from the enjoyment of political rights and socioeconomic rewards. Simply put, according to an article by Yannis Stavrakakis, the people is simultaneously part and whole: “One term thus names both the constitutive political subject and the class that is, de facto if not de jure, excluded from politics.”

Populism is the combination of two claims, according to a report written by Jordan Kyle and Limor Gultchin, i)A country’s ‘true people’ are locked into conflict with outsiders, including establishment elites; ii) nothing should constrain the will of the true people. Kyle and Gultchin also argue that populism varies according to the portrayal of which actors in society belong to ‘the pure people’ and which to ‘the outsiders’. Populism manifests itself so differently across contexts that it is hard to think about its effects on political institutions without taking these variations into account. “There are three broad ways of demarcating ‘the people’ and ‘the elite’, frequently used by populist candidates and parties: cultural, socio-economic and anti-establishment,” say the authors.

According to the report, cultural populism claims that the true people are the native members of the nation-state, and the outsiders can include non-natives (immigrants), criminals, ethnic and religious minorities, and cosmopolitan elites. Cultural populism tends to emphasize religious traditionalism, law and order, sovereignty, and painting migrants as enemies. Socio-economic populism claims that the true people are honest, hard-working members of the working class, and the outsiders can include big business, capital owners and foreign or ‘imperial’ forces perceived as propping up an international capitalist system. Anti-establishment populism paints the true people as hard-working victims of a state run by special interests and the outsiders as political elites.

Margaret Canovan, who in her latter work on populism has adopted a structural approach, also concedes that populism in modern democratic societies is best seen as an appeal to ‘the people’ against both the established structure of power and the dominant ideas and values of the society.

One of the ways that populists employ the understanding of ‘the people’ is in the idea that “the people are sovereign”, that in a democratic state, governmental decisions should rest with the population and that if they are ignored then they might mobilize or revolt. This is the sense of ‘the people’ employed first in the late 19th century US by the People’s Party and which has also been used by later populist movements in that country.

A second way in which ‘the people’ is conceived by populists combines a socioeconomic or class-based category with one that refers to certain cultural traditions and popular values. The concept seeks to vindicate the dignity of a social group who regard themselves as being oppressed by a dominant ‘elite’ who are accused of treating ‘the people’s values, judgements, and tastes with suspicion or contempt.

A third use of ‘the people’ by populists employs it as a synonym for ‘the nation’, whether that national community be conceived in either ethnic or civic terms. In such a framework, all individuals regarded as being ‘native’ to a particular state, either by birth or by ethnicity, could be considered part of ‘the people’.

Cas Mudde notes that for populists, “the people are neither real nor all-inclusive but are in fact a mythical and constructed sub-set of the whole population”. They are an imagined community, much like the imagined communities embraced and promoted by nationalists. Populists typically seek to reveal to ‘the people’ how they are oppressed. In doing so, they do not seek to change ‘the people’, but rather seek to preserve the latter’s ‘way of life’ as it presently exists, regarding it as a source of good. For populists, the way of life of ‘the people’ is presented as being rooted in history and tradition and regarded as being conducive to public good. Although populist leaders often present themselves as representatives of ‘the people’, they often come from elite strata in society; examples like Berlusconi, Fortuyn, and Haider were all well-connected to their country’s political and economic elites.

Mudde adds in an article that “Populists (claim to) speak in the name of the ‘oppressed people’, and they want to emancipate them by making them aware of their oppression. However, they do not want to change their values or their ‘way of life.’ This is fundamentally different from, for example, the (early) socialists, who want(ed) to ‘uplift the workers’ by re-educating them, thereby liberating them from their ‘false consciousness’. For populists, on the other hand, the consciousness of the people, generally referred to as common sense, is the basis of all good (politics).”

Those excluded from populists’ notion of the true and moral people are painted as illegitimate members of the political community. Former United Kingdom Independence Party (UKIP) leader Nigel Farage’s statement on the June 2016 Brexit vote illustrates this dividing line clearly: By declaring it a “victory for the real people”, he implicitly said that the 48 per cent of British citizens who voted to remain in the European Union (EU) are somehow less-real members of the people.

The populist political logic and the analysis of the discursive construction of ‘the people’ and ‘the elite’; De Cleen, B., Aug 2019, in Imagining the Peoples of Europe. Populist discourses across the political spectrum. Zienkowski, J. & Breeze, R. (eds.). John Benjamins Publishing Company, p. 19-42 24 p.

The party of the people versus the cultural elite. Populism and nationalism in Flemish radical right rhetoric about artists. De Cleen, B., 1 May 2016, In: JOMEC: Journalism, Media and Cultural Studies Journal. 9, p. 69-91 23 p., 6.

Hameleers, M., & de Vreese, C. H. (2018). To whom are “the People” Opposed? Conceptualizing and Measuring Citizens’ Populist Attitudes as a Multidimensional Construct. Journal of Elections, Public Opinion and Parties.

“Re-examining ‘The People’ in the Theory of Populism,” in Tulia Faletti, Emilio A. Parrado and Rogers Smith (eds.) Latin America Since the Left Turn,University of Pennsylvania Press, 2017.

“Power to Whom? The People between Procedure and Populism,” in Carlos de la Torre (ed.), The Promise and Perils of Populism: Global Perspectives, University Press of Kentucky, 2015, pp. 59-90.

The People and the Nation: Populism and Ethno-Territorial Politics in Europeco-edited Reinhard Heinisch, E. Massetti, and O. Mazzoleni (Routledge).

Chadwick, A. (1999) ‘Aristocracy or the People? Radical Constitutionalism and the Progressive Alliance in Edwardian Britain” Journal of Political Ideologies 4 (3), pp. 365–390.

Constructing ‘The People’ and Its ‘Enemies’ in the Republic of Cyprus: A Country of Populist Frames but not Fully Fledged Populism — Charalambous, Giorgos; The Cyprus Review, Fall 2018, Vol.30(2), p.25.