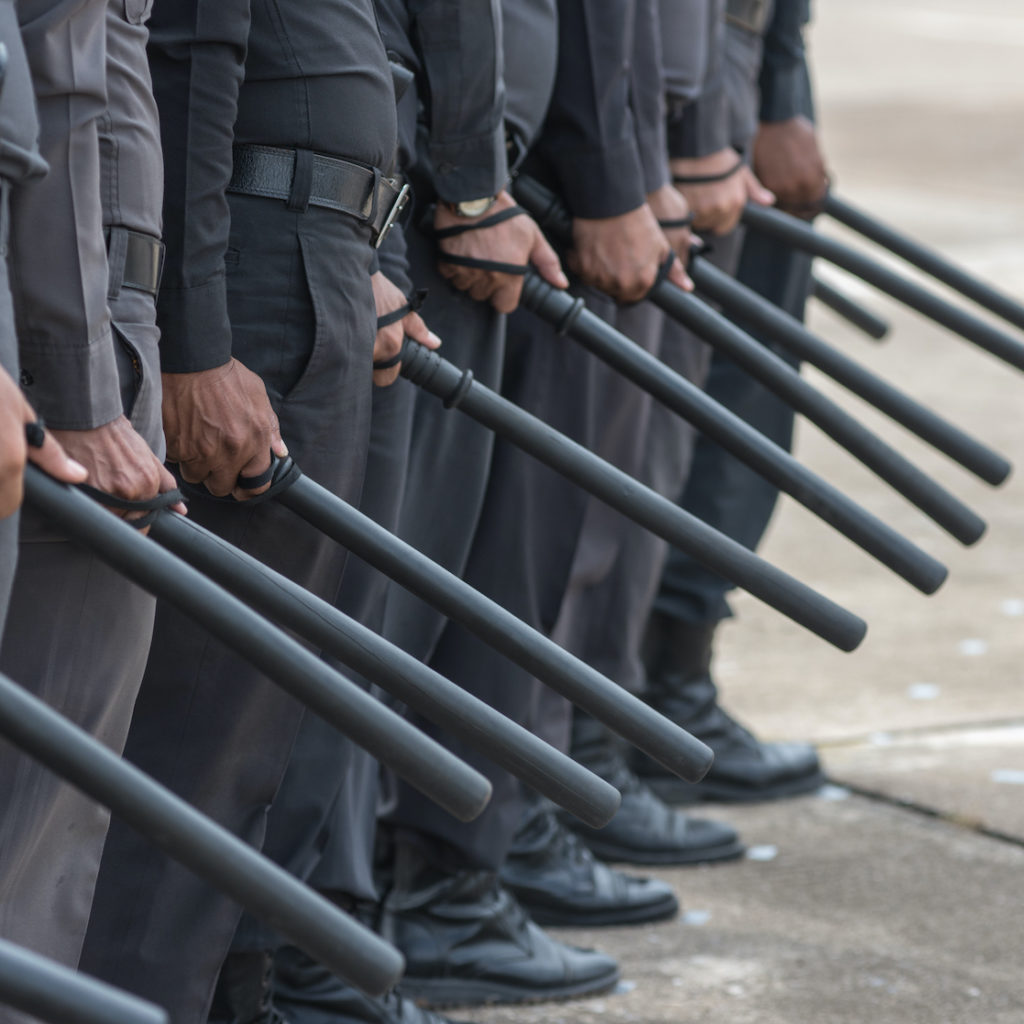 Authoritarianism is characterized by highly concentrated and centralized power maintained by political repression and the exclusion of potential challengers. It uses political parties and mass organizations to mobilize people around the goals of the regime. A prominent justification for authoritarianism is the view that unquestioning obedience to authority is somehow crucial to maintaining the social order and preventing chaos and great harm. Political scientists have created many typologies describing variations of authoritarian forms of government. Authoritarian regimes may be either autocratic or oligarchic in nature and may be based upon the rule of a party, a leader or the military.

In an influential work, the political scientist Juan Linz defined authoritarianism in 1964 as “Political systems with limited, not responsible, political pluralism, without elaborate and guiding ideology, but with distinctive mentalities, without extensive nor intensive political mobilization, except at some points in their development, and in which a leader or occasionally a small group exercises power within formally ill-defined limits but actually quite predictable ones.”

According to Linz, authoritarianism possesses four qualities: i) Limited political pluralism, realized with constraints on the legislature, political parties, and interest groups; ii) Political legitimacy based upon appeals to emotion, and identification of the regime as a necessary evil to combat ‘easily recognizable societal problems, such as underdevelopment, and insurgency’; iii) Minimal political mobilization and suppression of anti-regime activities; iv) Formally ill-defined executive powers, often vague and shifting, which extends the power of the executive.

Minimally defined, an authoritarian government lacks free and competitive direct elections to legislatures, free and competitive direct or indirect elections for executives, or both. Broadly defined, authoritarian states include countries that lack the civil liberties such as freedom of religion, or countries in which the government and the opposition do not alternate in power at least once following free elections.

Adam Przeworski has theorized in a book that ‘authoritarian equilibrium rests mainly on lies, fear and economic prosperity’. Authoritarianism also tends to embrace the informal and unregulated exercise of political power, a leadership that is ‘self-appointed and even if elected cannot be displaced by citizens’ free choice among competitors’, the arbitrary deprivation of civil liberties and little tolerance for meaningful opposition. A range of social controls also attempt to stifle civil society, while political stability is maintained by control over and support of the armed forces, a bureaucracy staffed by the regime and creation of allegiance through various means of socialization and indoctrination.

Moreover, aaccording to an article by Przeworski and Jennifer Gandhi, authoritarian rulers may need cooperation and may fear a threat from various segments of society. Cooperation can be induced, and the threat can be reduced by sharing spoils or by making policy compromises, they wrote and argued that “Nondemocratic leaders who need more cooperation and who face greater threats to their rule must make more extensive concessions in terms of spoils and policies. Although the former can be distributed directly by the ruler, policy compromises entail an institutional setting, typically legislatures. The degree to which assemblies are organized along partisan lines in turn influences the extent to which authoritarian rulers must make compromises. If rulers counter the threat with an adequate degree of institutionalization, they survive in power.”

According to an editorial published by WPR, globally, the past decade has been marked by the twin advances of authoritarianism and populism. “The two are not always linked, but in situations ranging from the Philippines and Cambodia to Hungary and Poland, politicians have leveraged populist movements to seize power. Once in office, they have begun the process of dismantling the institutions designed to check their authority and protect human rights, particularly the judiciary and the media,” stated the editorial.

Moreover, Shawn Hattingh states in anarticle that “Like maggots crawling out of a decaying carcass, authoritarian populist parties and politicians have emerged in many parts of the world over the last few years. All of these parties and politicians practice a vile form of politics based on hatred, crass stereotypes, blatant lying, spectacle, bigotry, anti-democracy, misogyny, racism, and militarism.”

Hattingh writes that this brew of toxic politics has been served up as “anti-establishment” and in the interest of the common people by the strongmen that are at the heart of these authoritarian populist movements. “In reality such politics are profoundly frightening – they point to the possibility of a future not of hope and greater egalitarianism, but decay, intolerance, enforced inequality through extreme violence and ethnic cleansing. They are, in many ways, the frightening side of identity politics,” he says.

According to Hattingh, the prime examples of such authoritarian populist politicians, in Europe and North America include the likes of far-right wing fanatics such Donald Trump in the US, Marine Le Pen of Front Nationale in France, Geert Wilders in the Netherlands, Danish People’s Party, Alternative for Germany, Golden Dawn in Greece and the League in Italy. “All of these parties and politicians share a platform of white supremacy and Islamophobia. While sharing racism, nationalism and a commitment to some form of capitalism, not all of the authoritarian populist parties and politicians in Europe and North America share exactly the same economic policies, at least on the surface,” he adds.

“The Legacy of Authoritarianism in the New Democracies”, András Bozóki, in György Szoboszlai ed. (1991), A Magyar Politikatudományi Társaság Évkönyve [The Yearbook of HPSA] Budapest, 158- 65.

Özvatan, Özgür and Forchtner, B. (2019): The Far-Right Alternative für Deutschland in Germany:Towards a ‘Happy Ending’?. In: A. Waring (ed). The New Authoritarianism. Volume 2. Stuttgart: ibidem. 199-225.

Erica Frantz and Andrea Kendall-Taylor. 2017. “The Evolution of Autocracy: Why Authoritarianism is Becoming More Formidable.” Survival Vol. 59, No. 5.

“An Alternative Reading of Religion and Authoritarianism: The New Logic Between Religion and State in the AKP’s New Turkey,” in Ahmet Erdi Öztürk, Journal of Southeast European and Black Sea Studies, 2019, Vol. 19, no 1.

“Locating Dictatorship in the Anthropocene: Historiographic Trends in the History of Science and Technology and the Study of European Authoritarianism.” State-of-the-field essay in Contemporary European History, Cambridge University Press. 2018.

How an Islamist Party managed to legitimate its authoritarianisation in the eyes of the secularist opposition: the case of Turkey — Ihsan Yilmaz, Mehmet Caman, Galib Bashirov, (2020), Vol. 27, pp. 265-282, Democratization, Abingdon, Eng., C1.