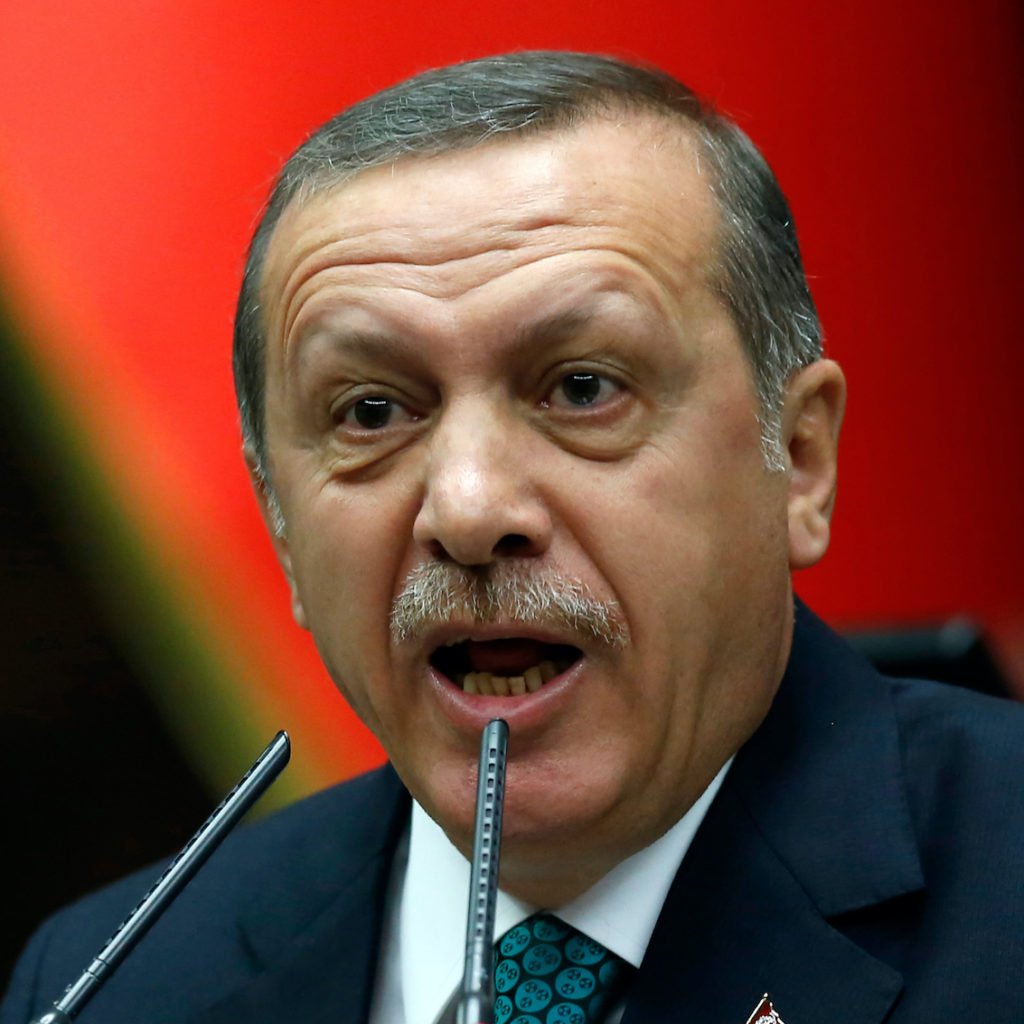 Turkish President Recep Tayyip Erdogan has gone from being a model of democratic political Islam to a traditional autocrat.

An autocracy is a system of government in which a single person or party (the autocrat) possesses supreme and absolute power. The decisions of this autocrat are subject to neither external legal restraints nor regularized mechanisms of popular control. Absolute monarchies and dictatorships are the main modern-day forms of autocracy. According to Encyclopedia Britannica, autocracy is characterized by the concentration of power in a single center, be it an individual dictator or a group of power holders such as a committee or a party leadership. This center relies on force to suppress opposition and to limit social developments that might eventuate in opposition. The power of the center is not subject to effective controls or limited by genuine sanctions: it is absolute power.

In appearance, autocracy may sometimes be difficult to distinguish from nonautocratic rule. Often, autocracies attempt to borrow legitimacy by adopting the language of the constitutions of nonautocratic regimes or by establishing similar institutions. It is a common practice, for example, in many modern totalitarian states to establish institutions — parliaments or assemblies, elections and parties, courts and legal codes — that differ little in appearance from the institutional structures of constitutional democracies. Similarly, the language of totalitarian constitutions is often couched in terms of the doctrines of popular rule or democracy.

The difference is that in totalitarian regimes neither the institutions nor the constitutional provisions act as effective checks on the power of the single center: They are essentially facades for the exercise of power through hierarchical procedures that subject all the officials of the state to the commands of the ruling individual or group. The underlying realities of autocratic rule are always the concentration of power in a single center and the mobilization of force to prevent the emergence of opposition.

In earlier times, the term ‘autocrat’ was coined as a favorable feature of the ruler, having some connection to the concept of ‘lack of conflicts of interests’ as well as an indication of grandeur and power. The Russian Emperor for example was styled, ‘Autocrat of all the Russias’, as late as the early 20th century. Both totalitarian and military dictatorship are often identified with, but need not be, an autocracy. Totalitarianism is a system where the state strives to control every aspect of life and civil society. It can be headed by a supreme leader, making it autocratic, but it can also have a collective leadership such as a commune, junta, or single political party.

According to an editorial published by WPR, globally, the past decade has been marked by the twin advances of authoritarianism and populism. The two are not always linked, but in situations ranging from the Philippines and Turkey to Hungary and Poland, politicians have leveraged populist movements to seize power. Once in office, they have begun the process of dismantling the institutions designed to check their authority and protect human rights, particularly the judiciary and the media.

For instance, Turkish President Recep Tayyip Erdogan has gone from being a model of democratic political Islam to a traditional autocrat, using a counterterrorism campaign to crack down on dissent and a failed coup as an excuse to purge political opponents. But significant electoral gains by the opposition in recent local elections show that Erdogan’s hold on power might not be as absolute as he thought it was.

Historically, the number of authoritarian regimes peaked in 1980 and then fell sharply, reaching a trough in the middle of the last decade. Since then, however, democracy has been in slow retreat. Moreover, Erica Frantz notes in an article that autocracy is no longer just a phenomenon of developing countries, thus “many of the democracies that currently appear to be on the verge of transitioning to dictatorship lie in Europe”. “There has also been a marked shift over time in the form of authoritarianism. The Chinese party-state is a rarity. The number of military dictatorships has declined sharply. But the number of pseudo-democratic personal dictatorships is on the rise,” according to her.

Frantz argues that features of these personal dictatorships include: a narrow inner circle of trusted people; installation of loyalists in positions of power; promotion of members of the family; creation of a new political movement; use of referendums as a way of justifying decisions; and the creation of new security services loyal to the leader. “A characteristic of these strongmen is that they start out as populists. The latter argue that they alone, once armed with extraordinary powers, can solve the country’s problems. They assert that the traditional elite is corrupt and incompetent,” she says and adds that “They insist that experts, judges and the media are to be distrusted. Voters should trust, instead, in the intuition of the leader, a living embodiment of the people. Such arguments also justify the repression of ‘enemies of the people’, making genuine democracy impossible.”

Moreover, in an article Pippa Norris wrote that populist authoritarian leaders — appealing to nationalism and tradition, preaching hostility toward outsiders and elites — had attracted swelling support across Europe and the Americas, winning legislative seats and ministerial offices, gaining government power. Norris also wrote that populist authoritarianism can best be explained as a cultural backlash in Western societies against long-term, ongoing social change.

Chou, Mark, Chengxin Pan and Avery Poole, “The Threat of Autocracy Diffusion in Consolidated Democracies? The Case of China, Singapore and Australia,” Contemporary Politics (Vol.23, No.2, 2017).