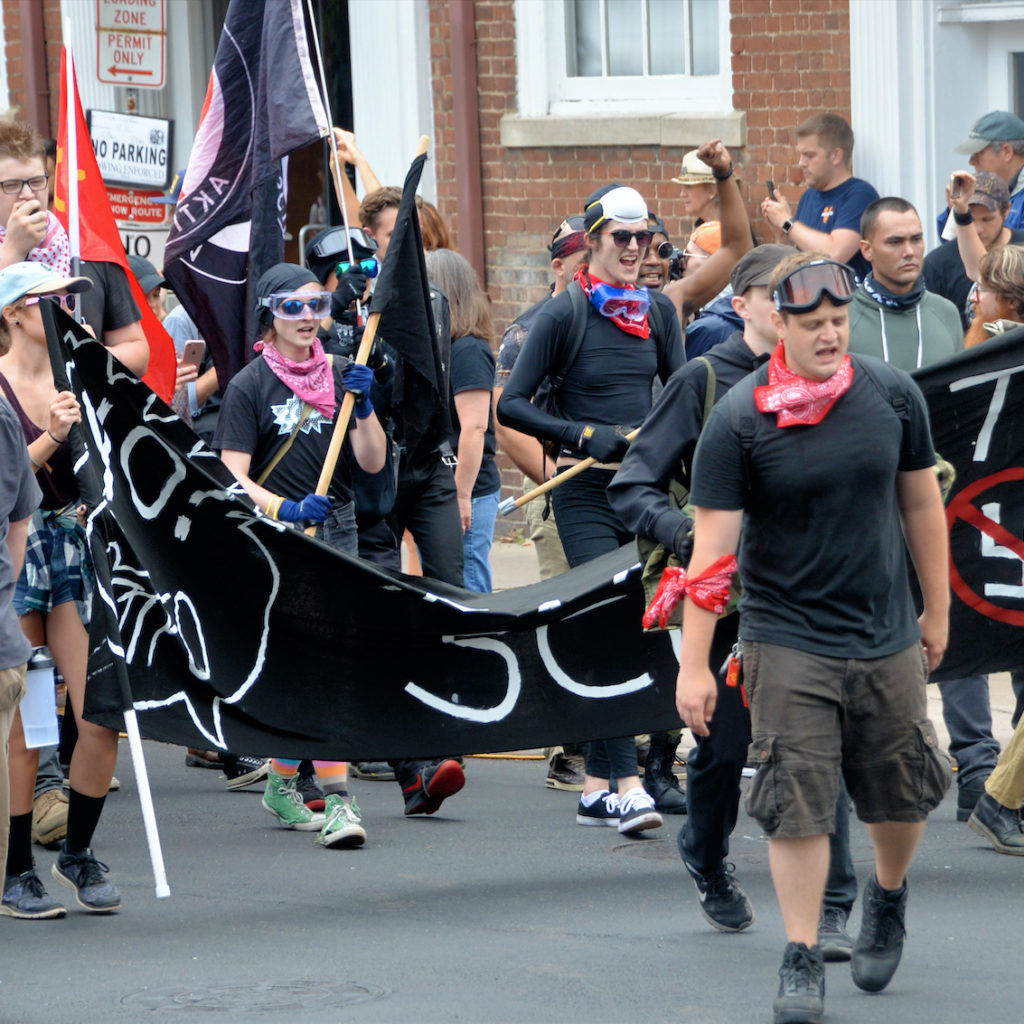 Militia, white supremacists and counter-protesters during a white nationalist rally that turned violent resulting in one death and multiple injuries in Charlottesville, Va, August 12, 2017.

White supremacy or white supremacism is a term used to characterize various belief systems central to which are one or more of the following key tenets: i) Whites should have dominance over people of other backgrounds, especially where they may co-exist; ii) Whites should live by themselves in a whites-only society; iii) White people have their own ‘culture’ that is superior to other cultures; iv) White people are genetically superior to other people.

Meanwhile, Encyclopedia Brittanica defines white supremacy as beliefs and ideas purporting natural superiority of the lighter-skinned, or ‘white’ human races over other racial groups. In contemporary usage, the term white supremacist has been used to describe some groups espousing ultranationalist, racist, or fascist doctrines. White supremacist groups often have relied on violence to achieve their goals.

The term is also used to describe a political ideology that perpetuates and maintains the social, political, historical, or institutional domination by white people (as evidenced by historical and contemporary sociopolitical structures such as the Atlantic slave trade, Jim Crow laws in the US, the set of ‘White Australia’ policies from the 1890s until the mid-1970s, and apartheid in South Africa).

Different forms of white supremacism put forth different conceptions of who is considered white, and different groups of white supremacists identify various racial and cultural groups as their primary enemy. In academic usage, particularly in usage which draws on critical race theory or intersectionality, the term ‘white supremacy’ can also refer to a political or socioeconomic system, in which white people enjoy a structural advantage over other ethnic groups, on both a collective and individual level.

According to an article by Abby L. Ferber, the white supremacist movement — and the related militia movement — provides ready answers for why white men feel displaced and defeated. She says “One of the themes that underlies the foregoing conceptualization of the white supremacist movement is that it is engaged in the process of constructing difference by which Others — white women, gay men, and men and women of color — have been defined negatively in terms of their relationship to some dominant norm; that is, that ‘black’ is defined as inherently inferior to ‘white,’ Jewish to Christian, gay to straight.”

Nonetheless, says Ferber, there is reason for hope: “To the extent that difference is socially constructed, it can also be socially reconstructed. In other words, as a society, we can redefine the ways in which difference ‘matters.’ We can strive for a just and democratic society in which the full spectrum of diversity addressed here is re-evaluated in a positive and celebratory light.”

On the other hand, according to an article by John Philip Jenkins, white supremacists in the US and throughout the world ultimately were unable to defend the laws that ensured white domination. The last regimes to institutionalize doctrines of white supremacy through comprehensive legislation were Rhodesia, which changed its name to Zimbabwe after its white minority finally ceded power in 1980, and South Africa, whose apartheid system was dismantled in the 1990s.

However, Jenkins warned that, despite the demise of segregationist and discriminatory laws throughout the Western world and in Africa, white supremacy has survived as a populist doctrine. During the 1970s and ’80s the gradually uniform rhetoric and iconography of white supremacists in the US became influential in Europe, where immigration, especially from former colonies in Asia, Africa, and the Caribbean, contributed to a significant and growing nonwhite population.

“In some countries,” says Jenkins “white supremacist ideas found expression in the programs of anti-immigrant political parties such as the National Front (Front National) in France, The Republicans (Die Republikaner) in Germany, and the Freedom Party of Austria and (since 2005) the Alliance for the Future of Austria. In 2009, following the election the previous year of the first African American president of the US, Barack Obama, the US Department of Homeland Security and the Federal Bureau of Investigation (FBI) warned that white supremacist groups and right-wing militias in the country were winning new recruits by stoking fears of gun control and expanded welfare rolls and by exploiting resentment created by the economic recession that began in late 2007.”